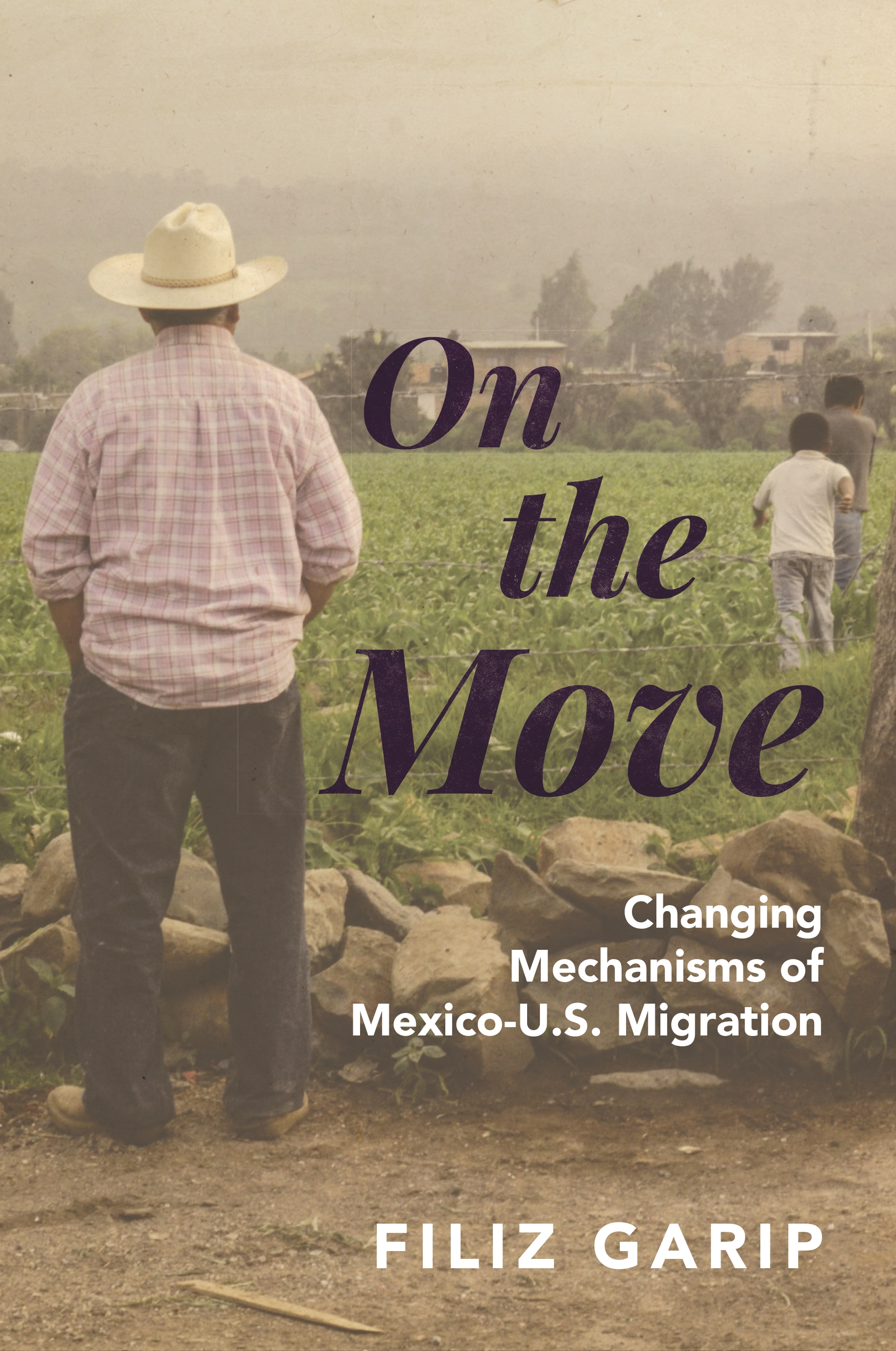 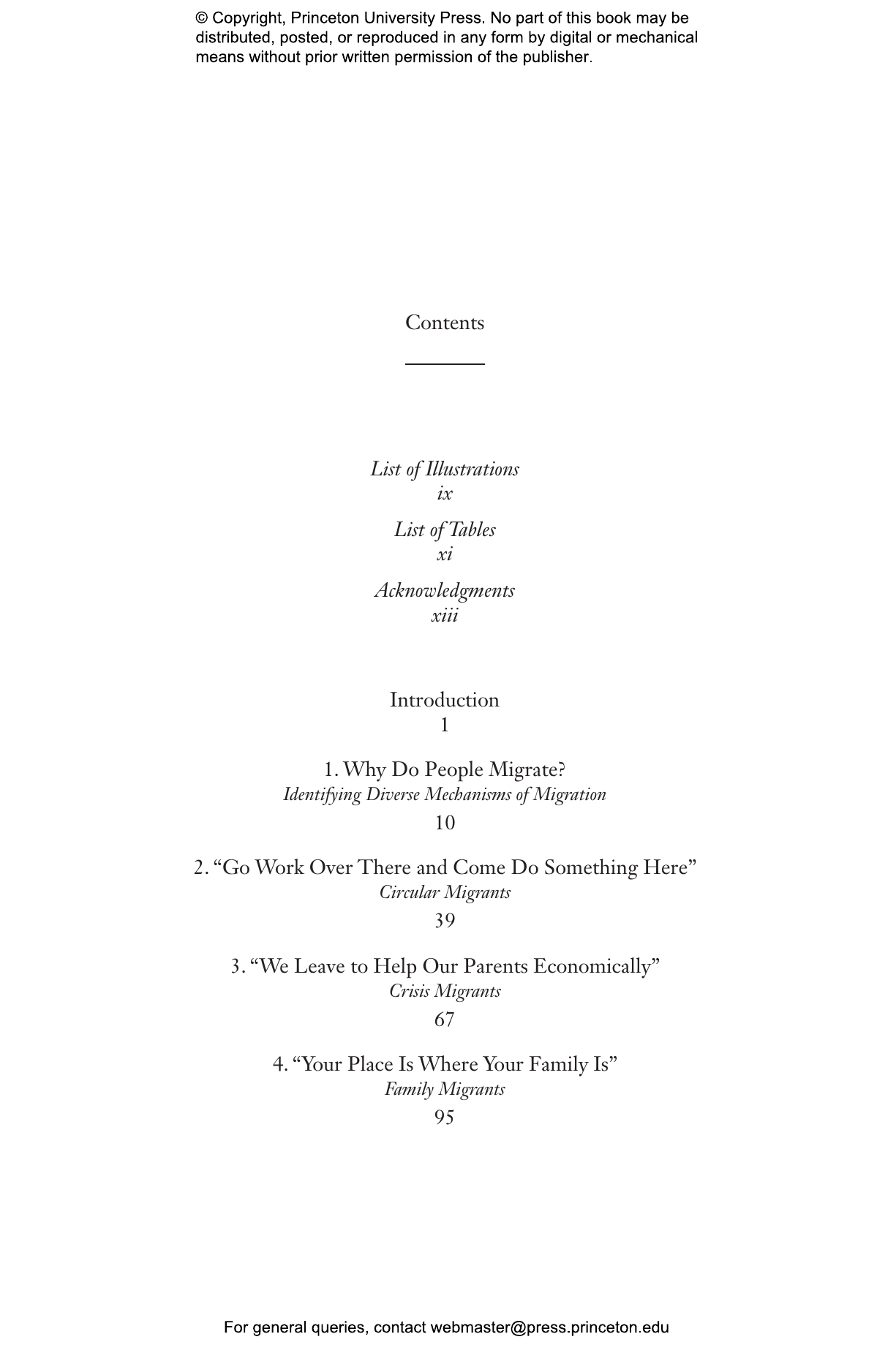 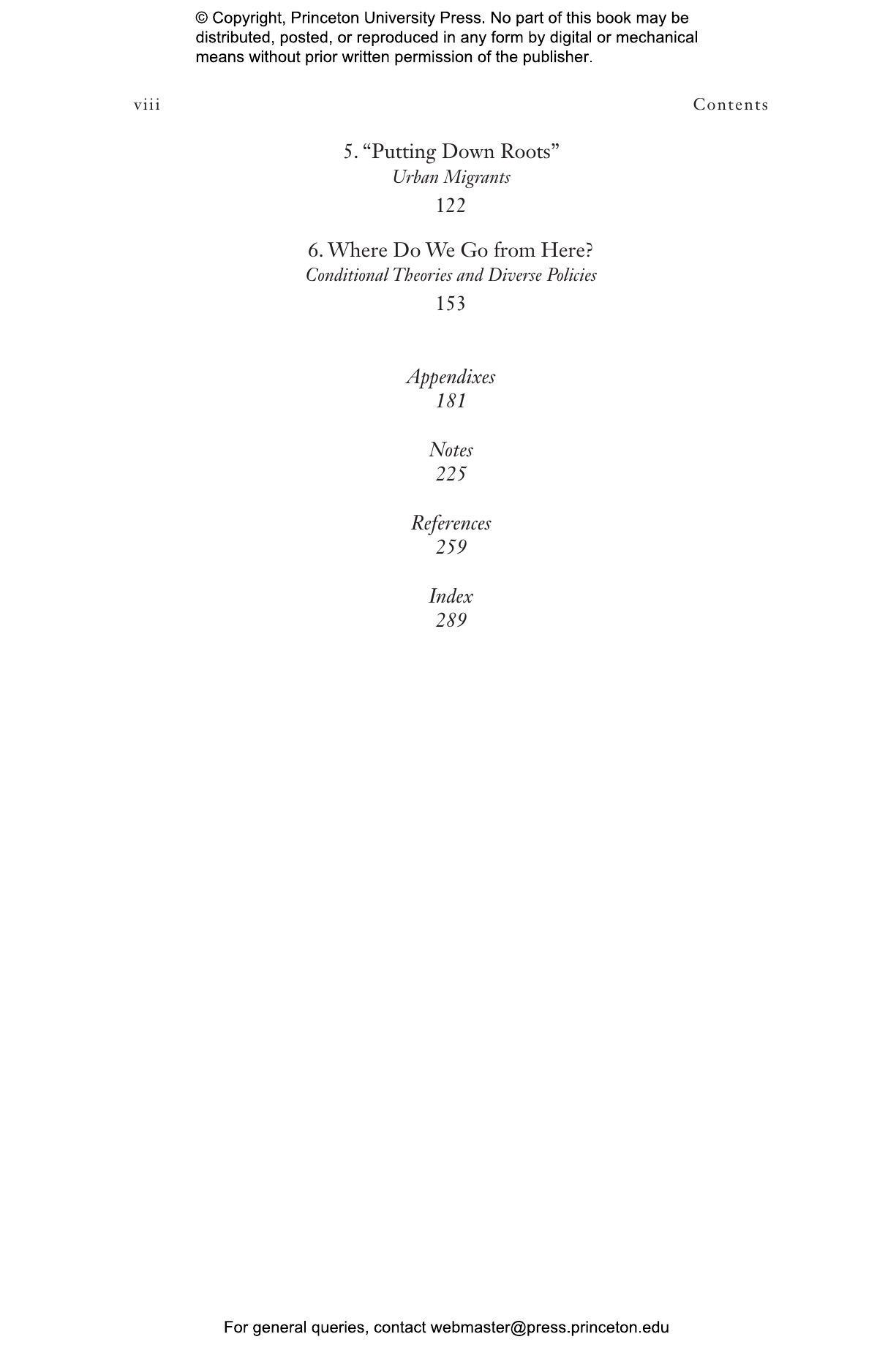 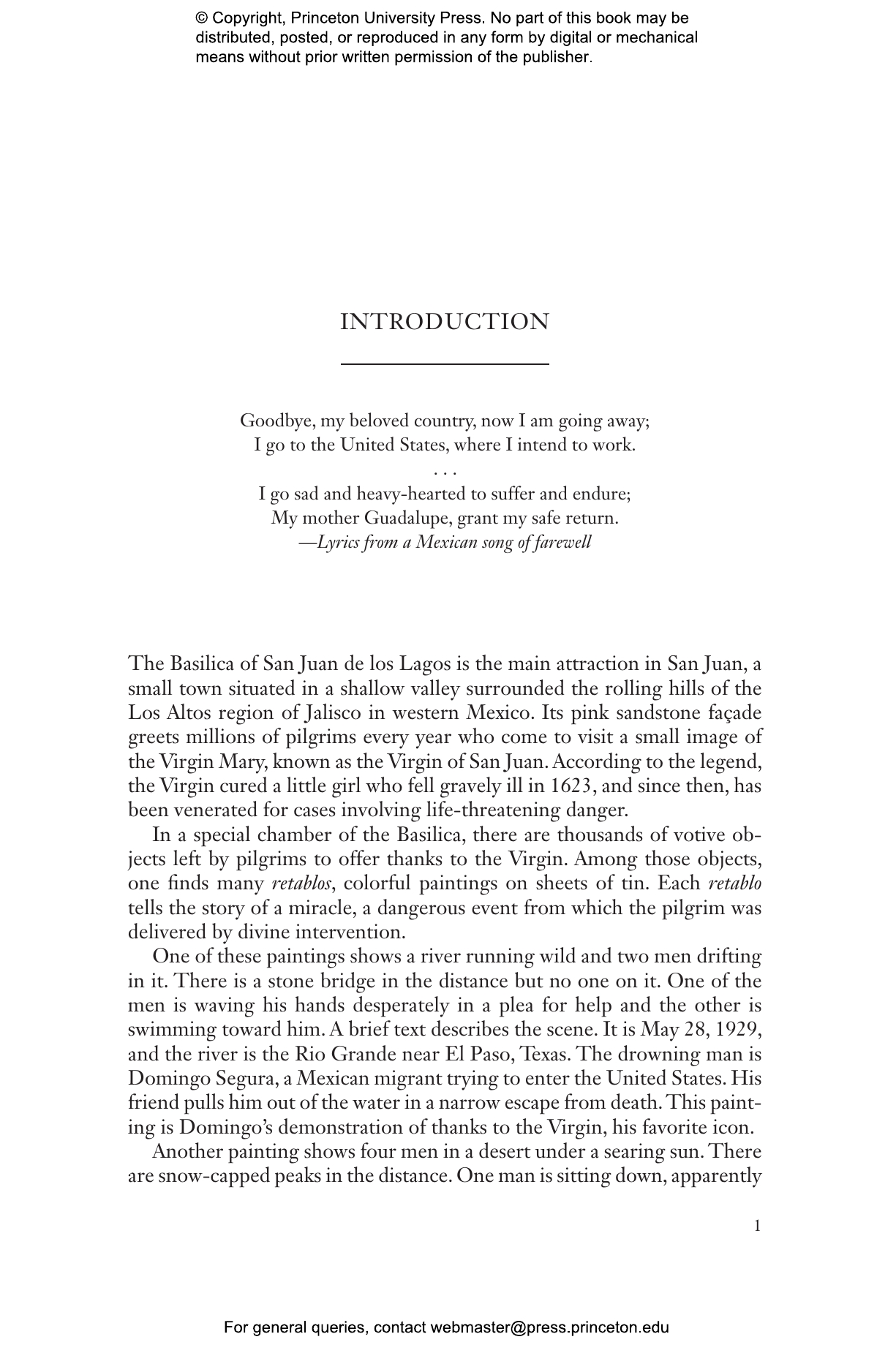 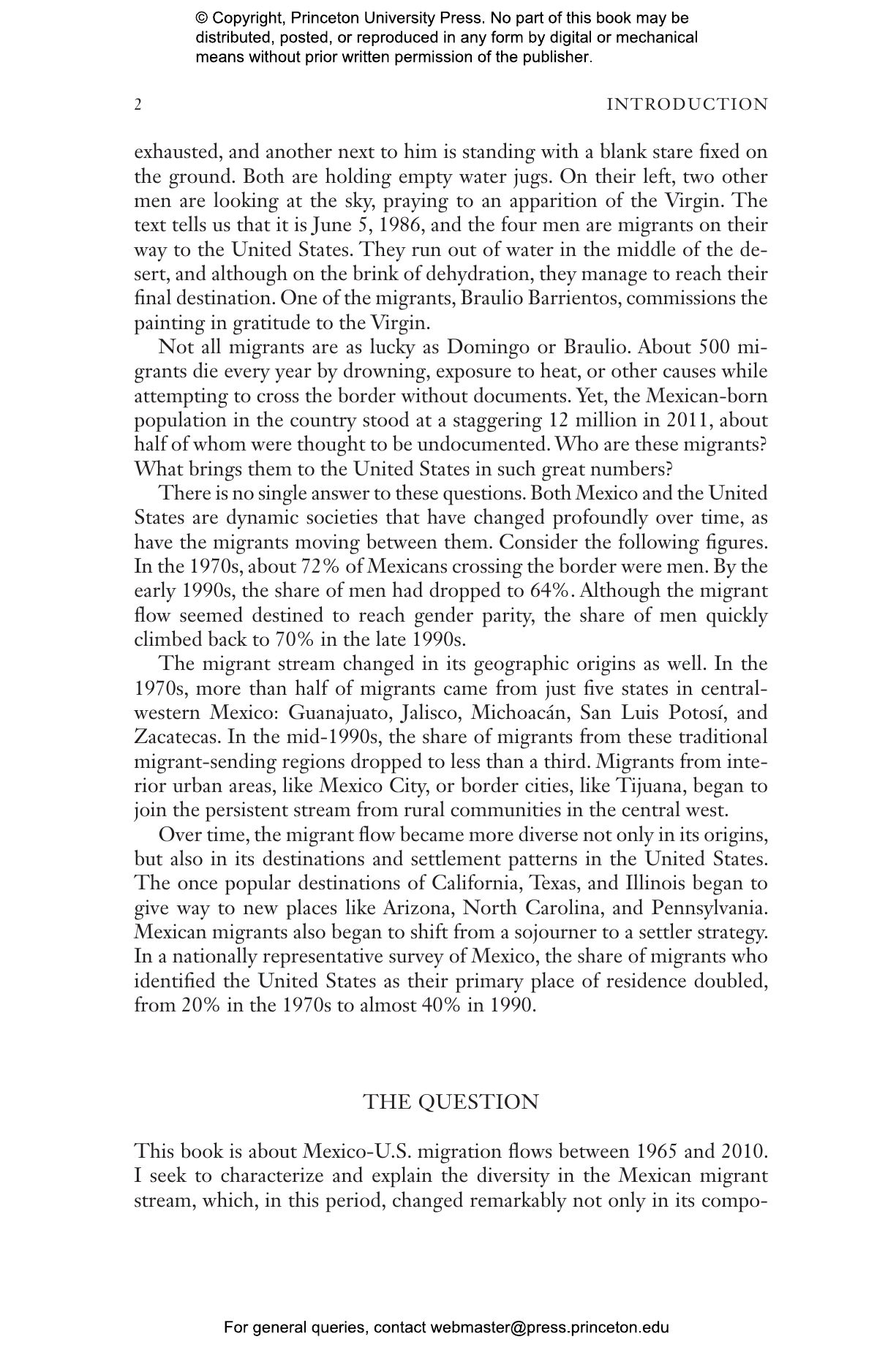 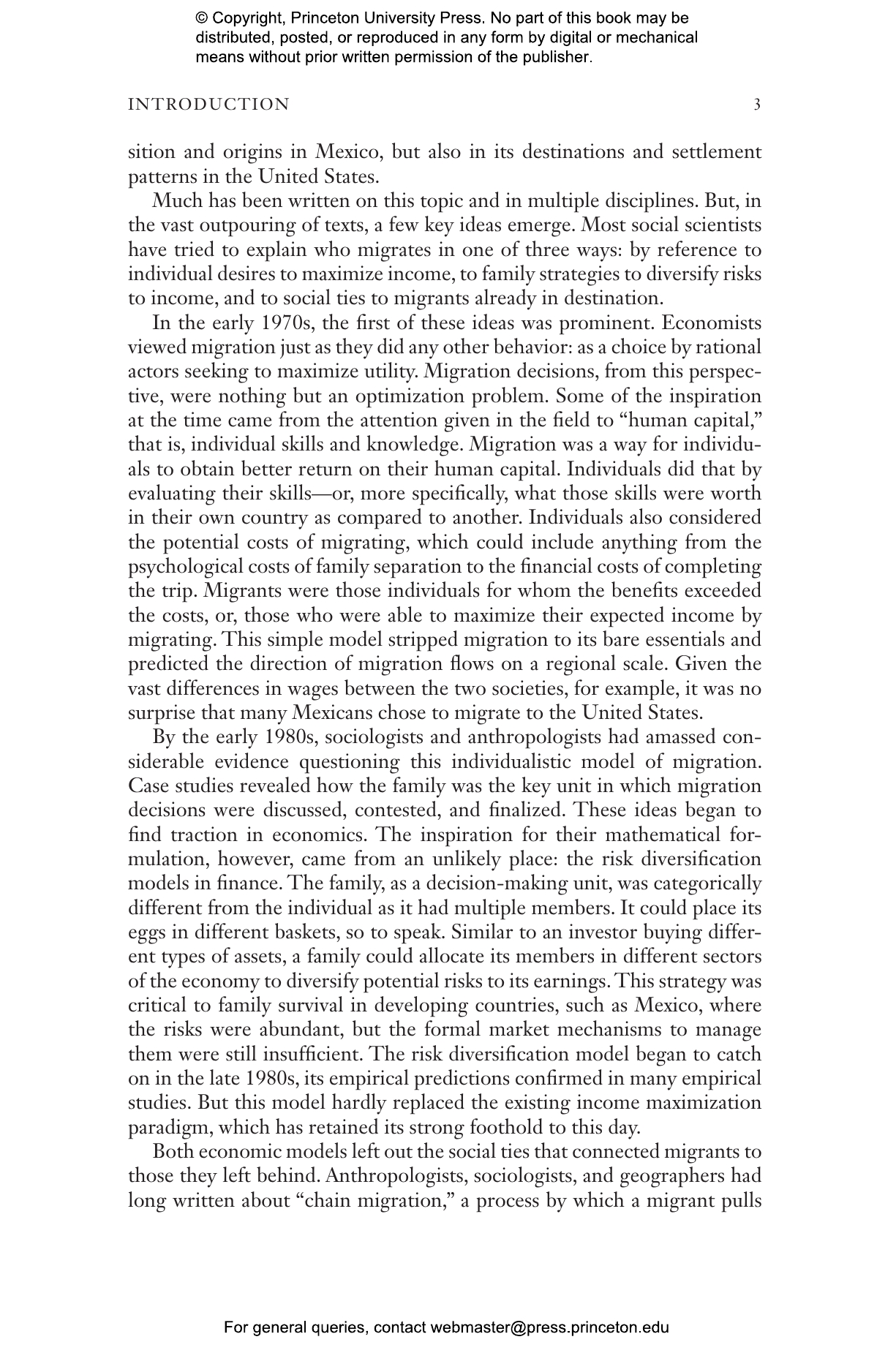 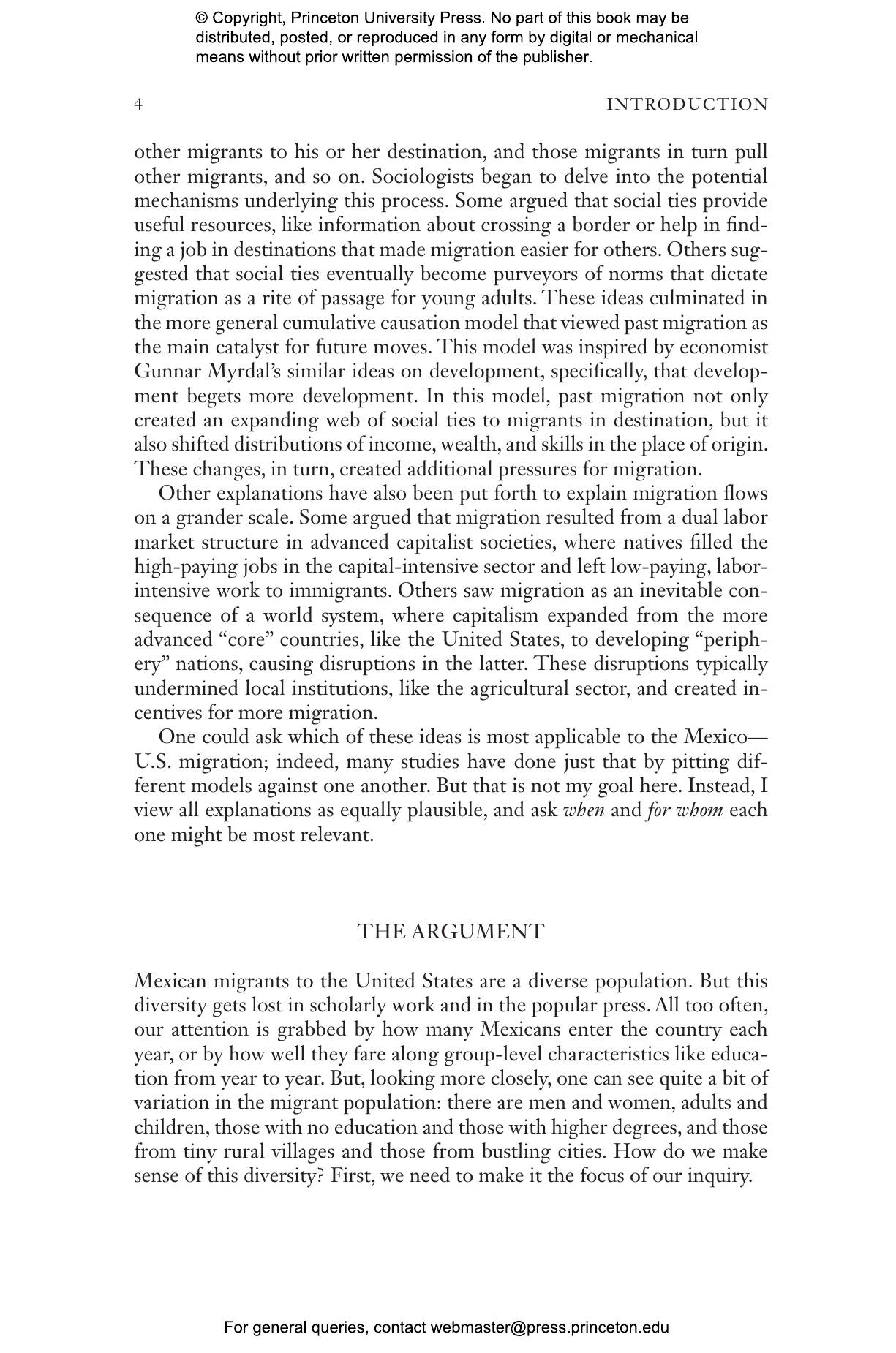 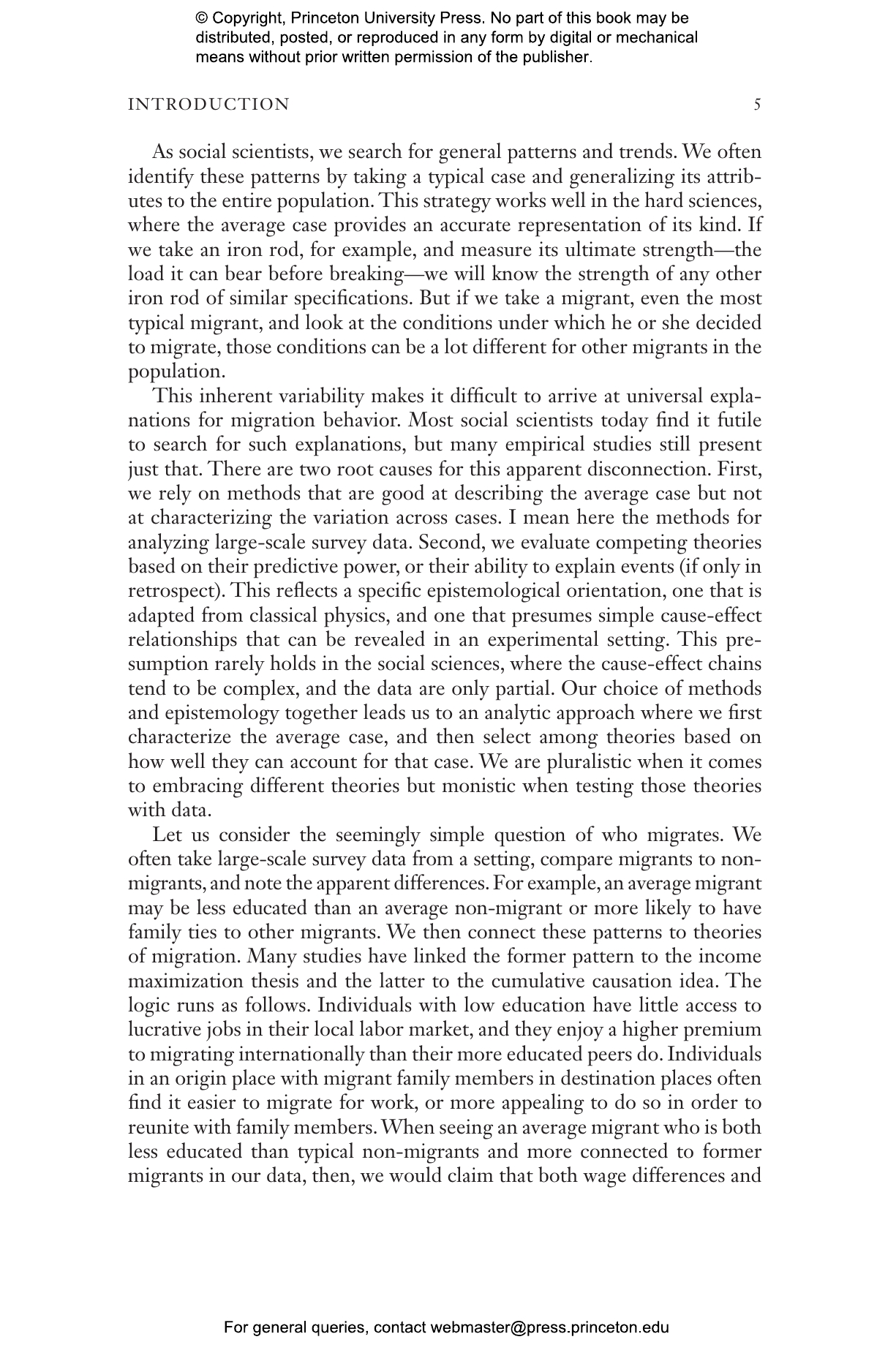 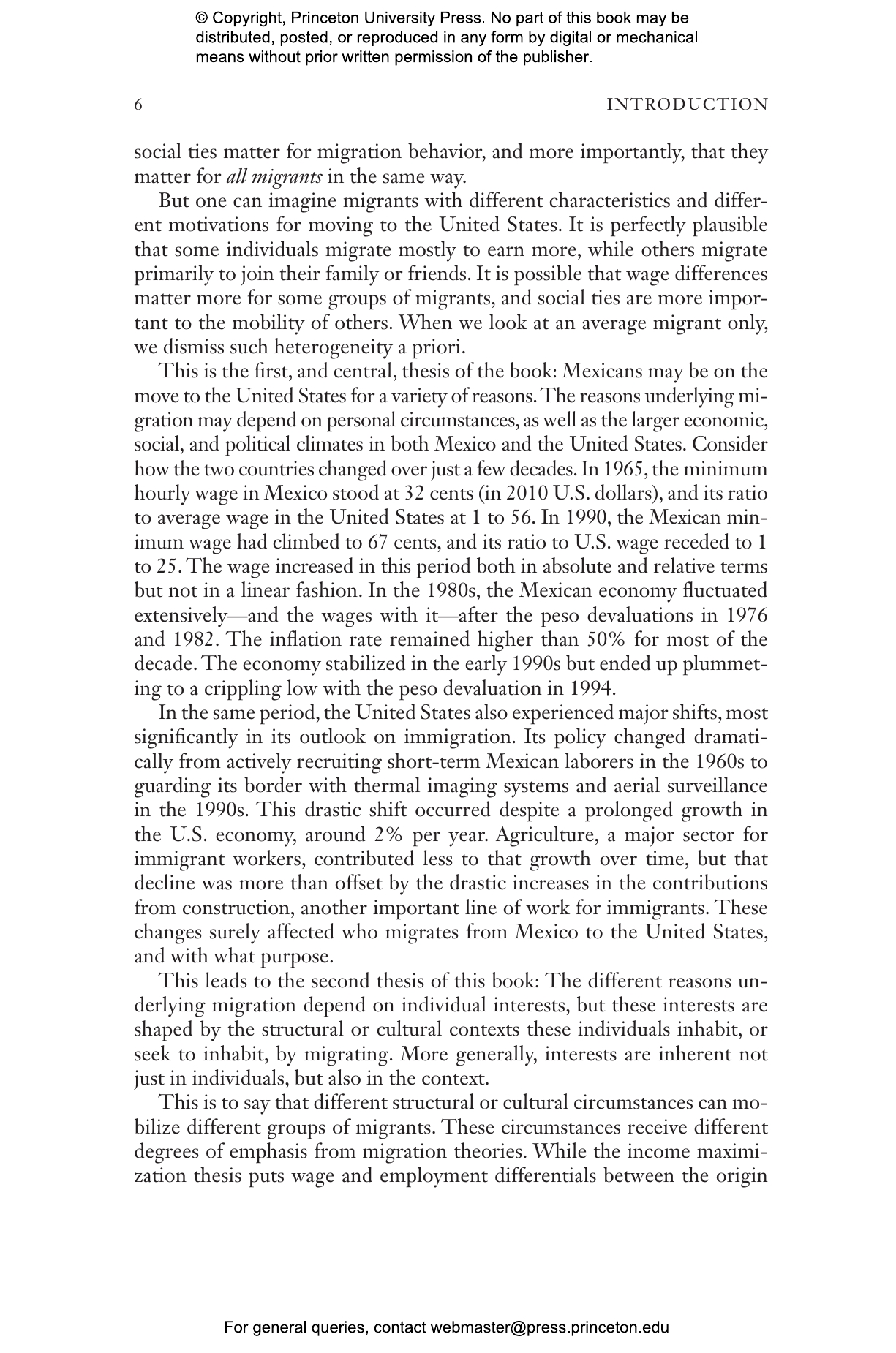 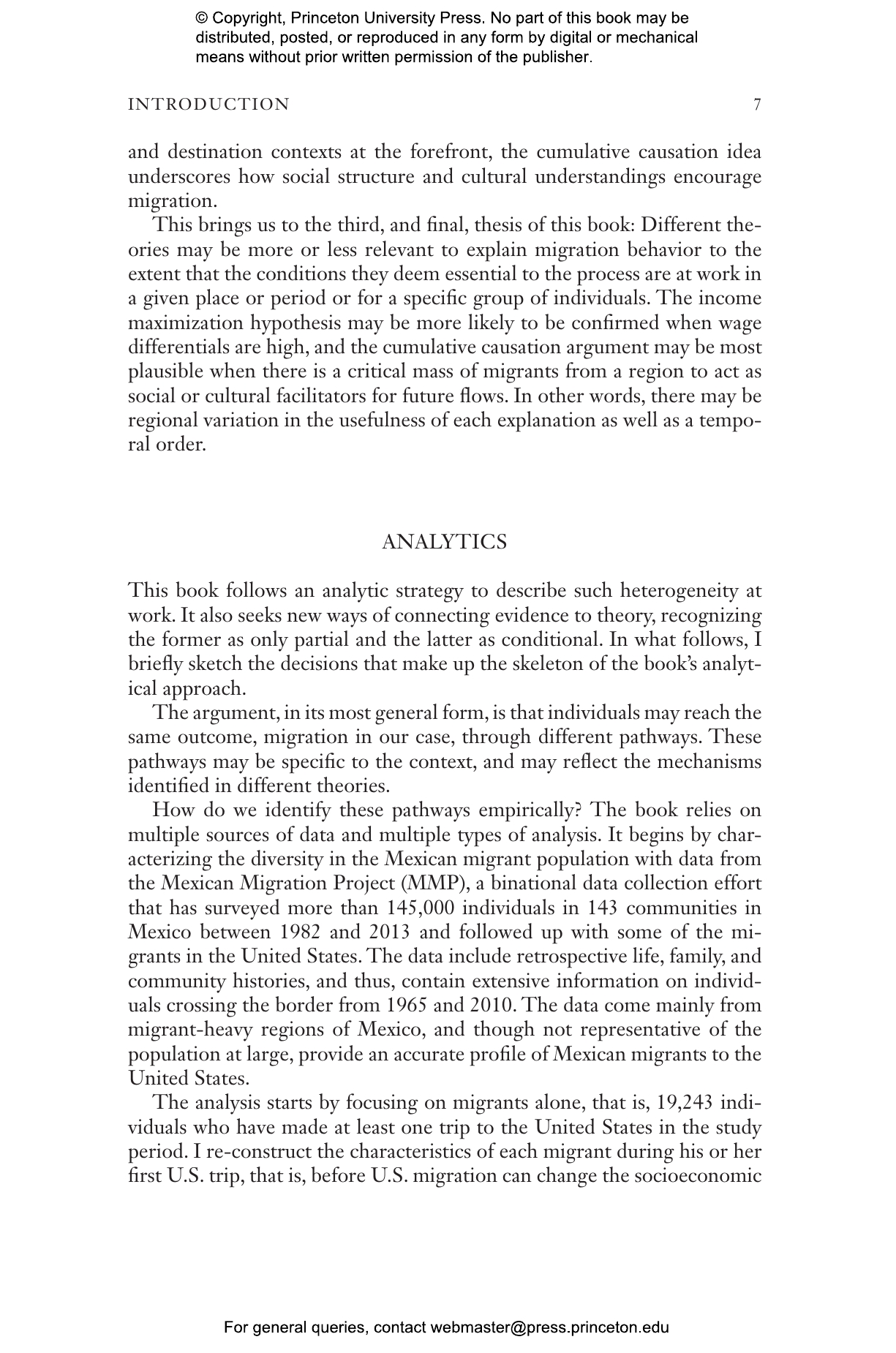 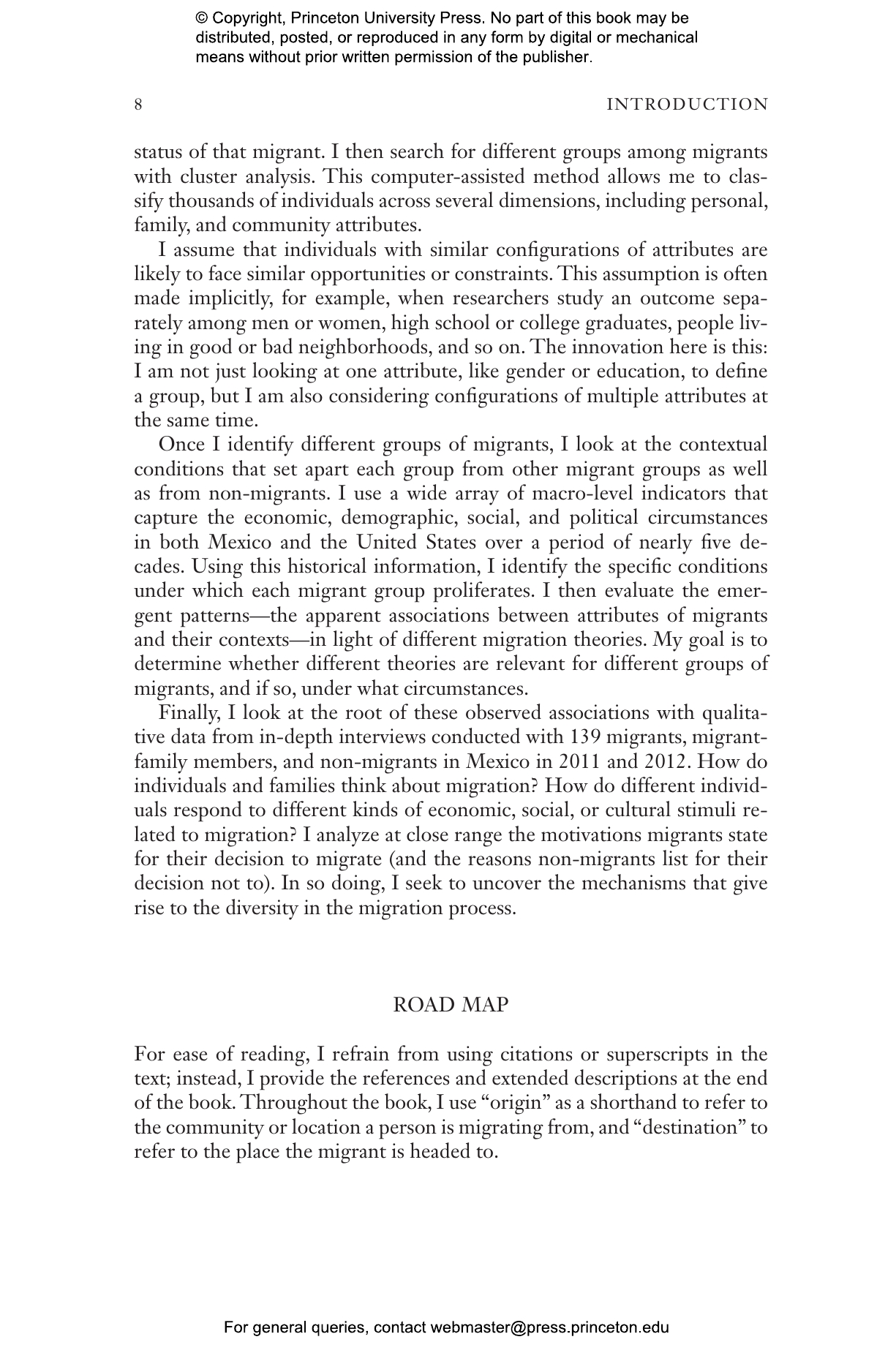 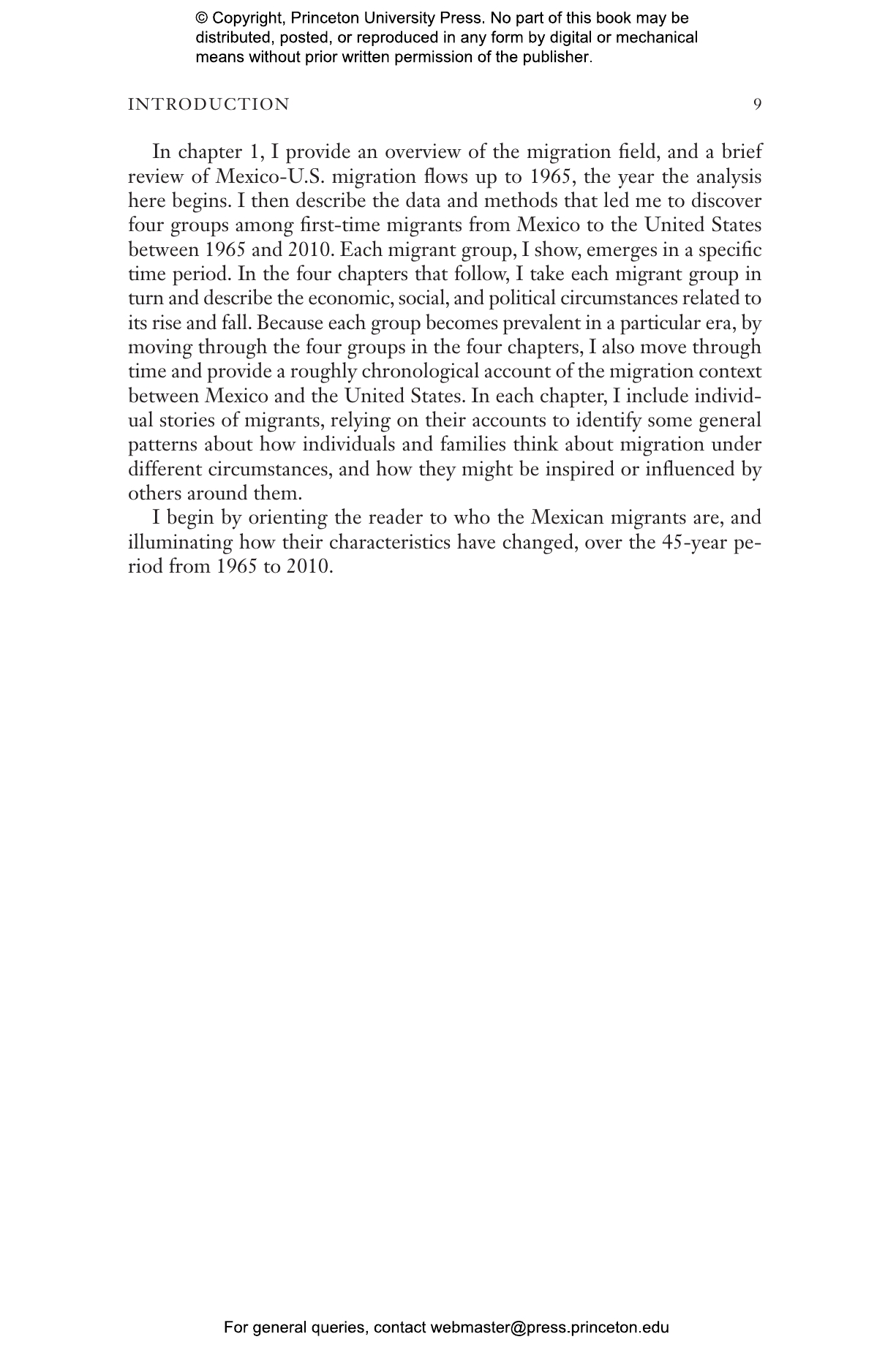 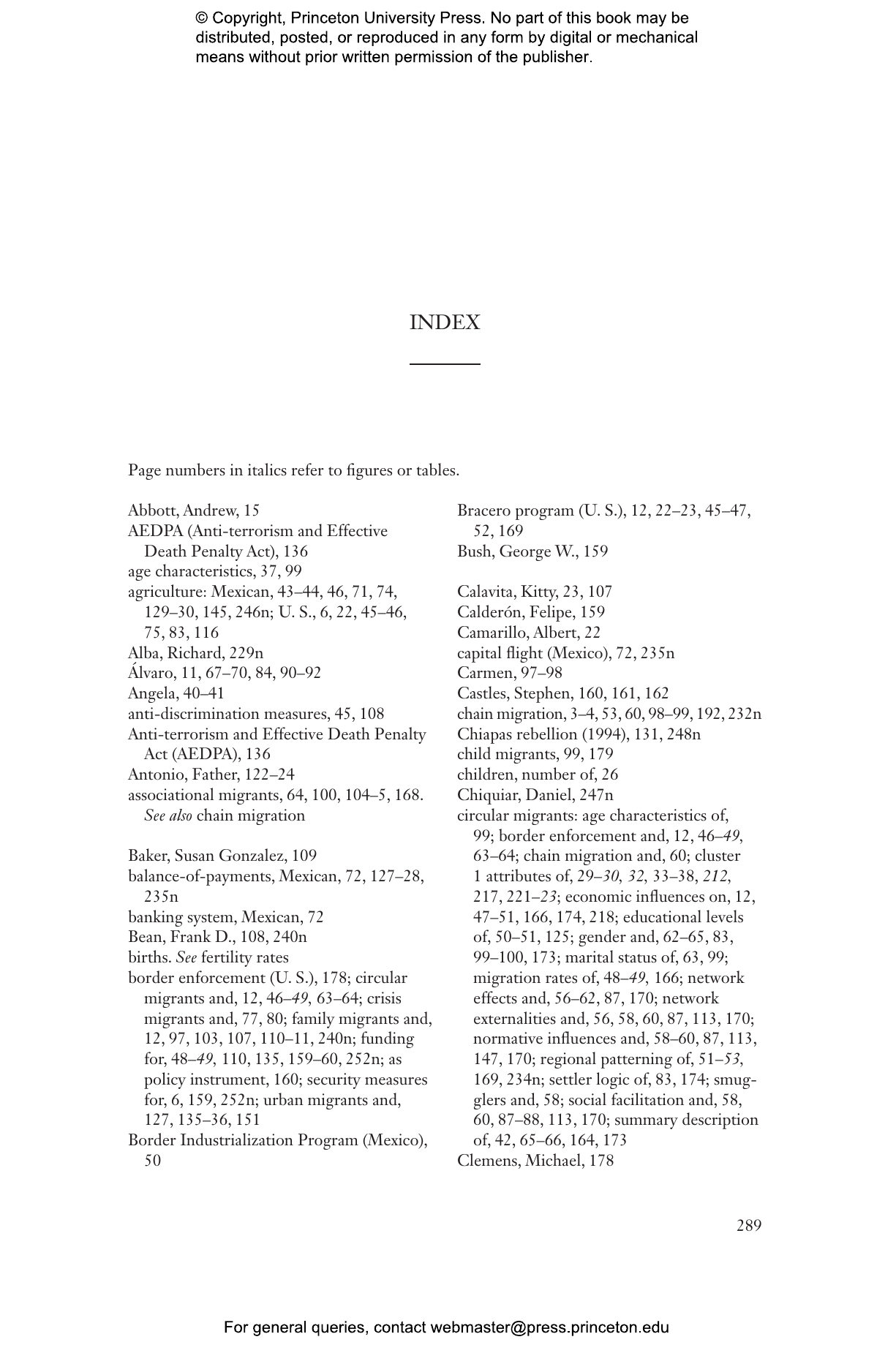 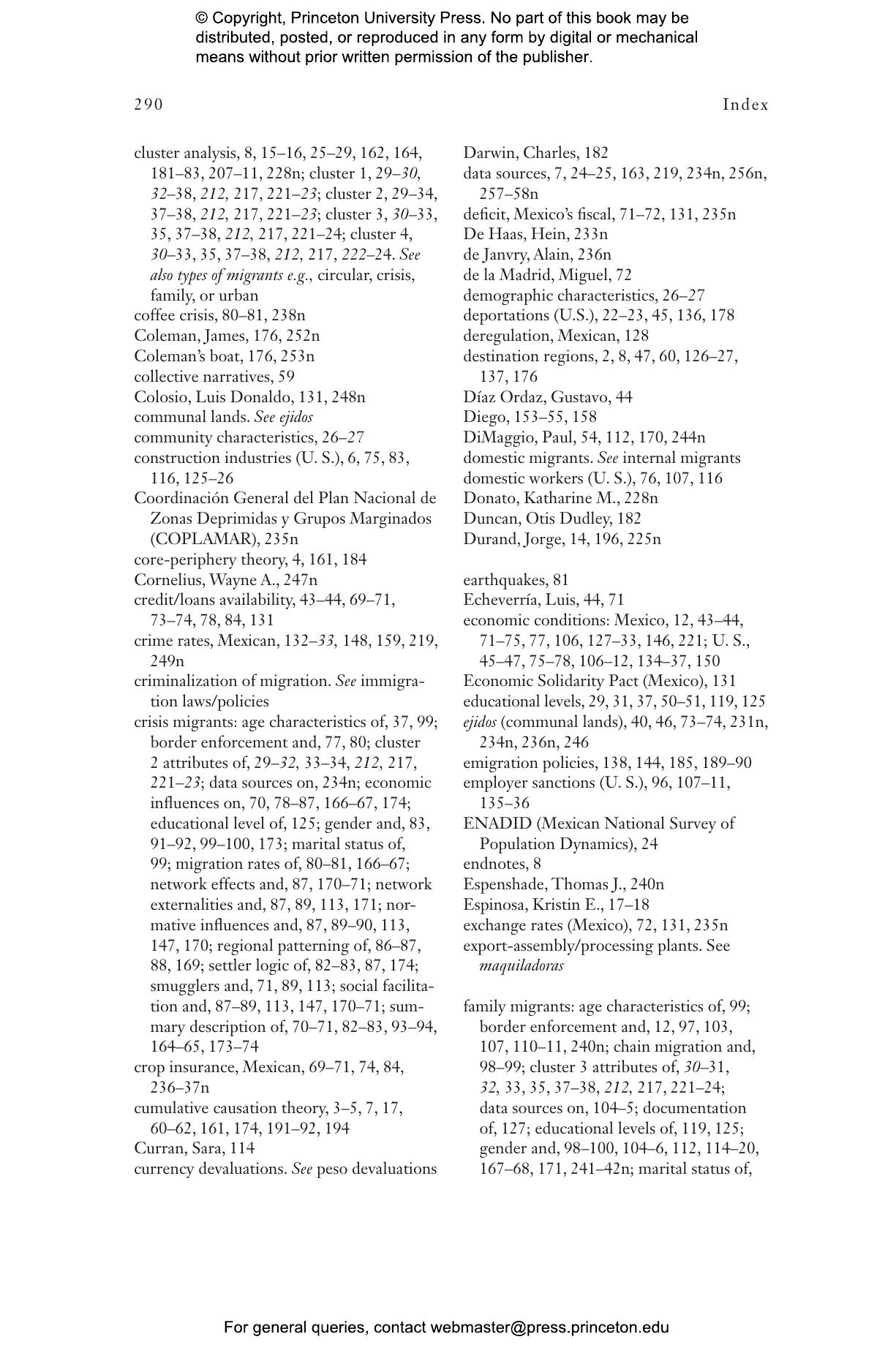 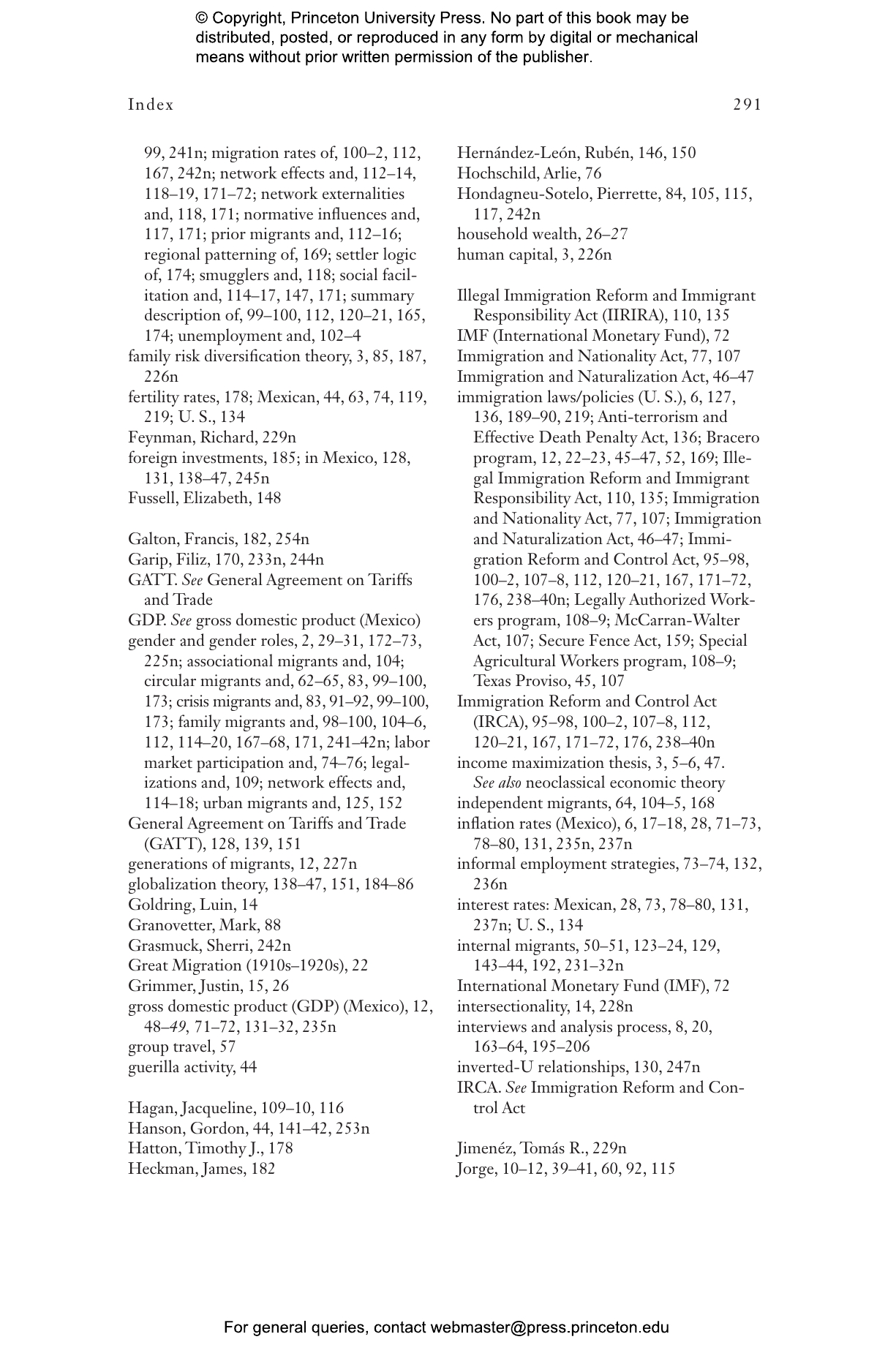 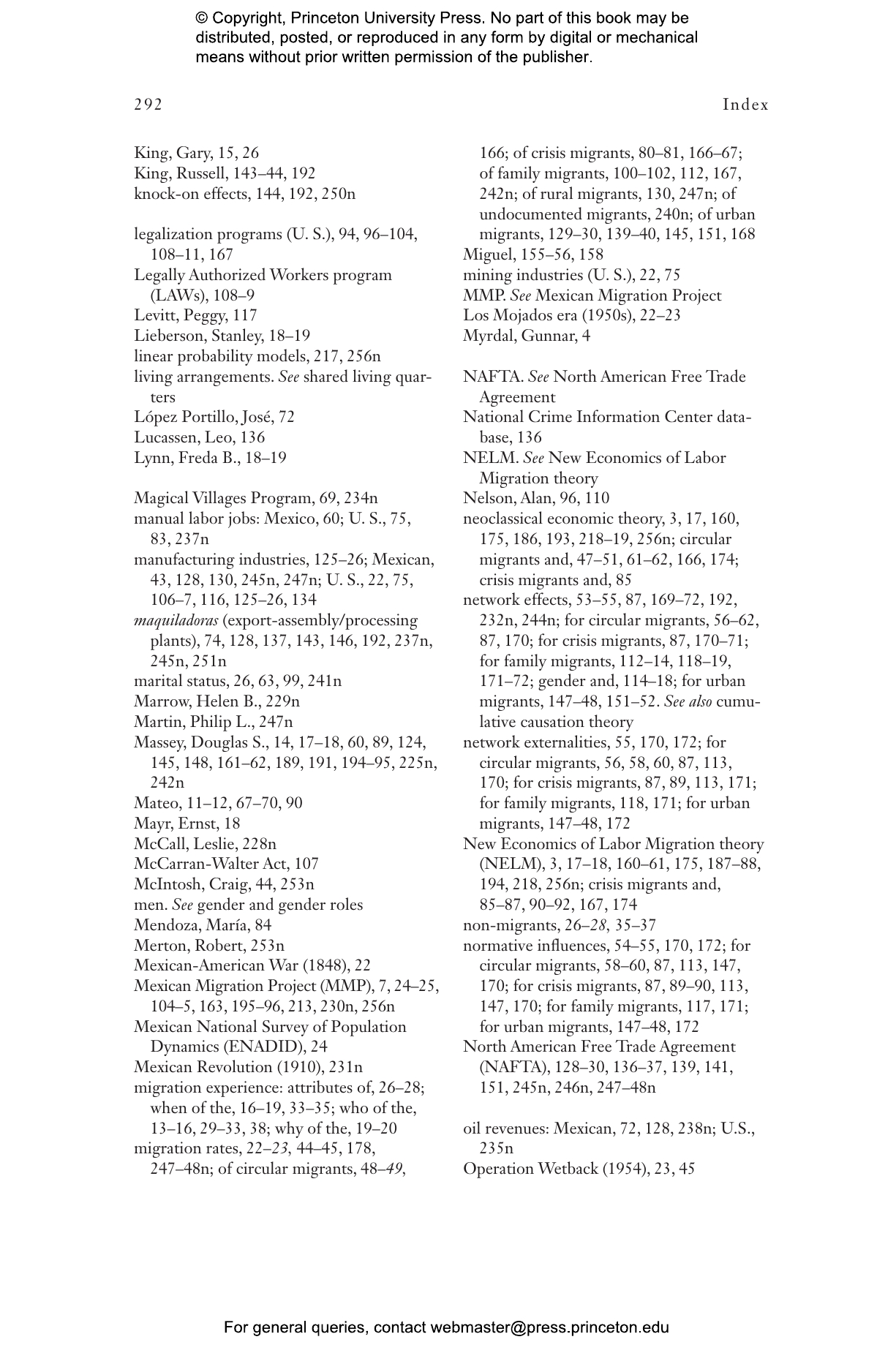 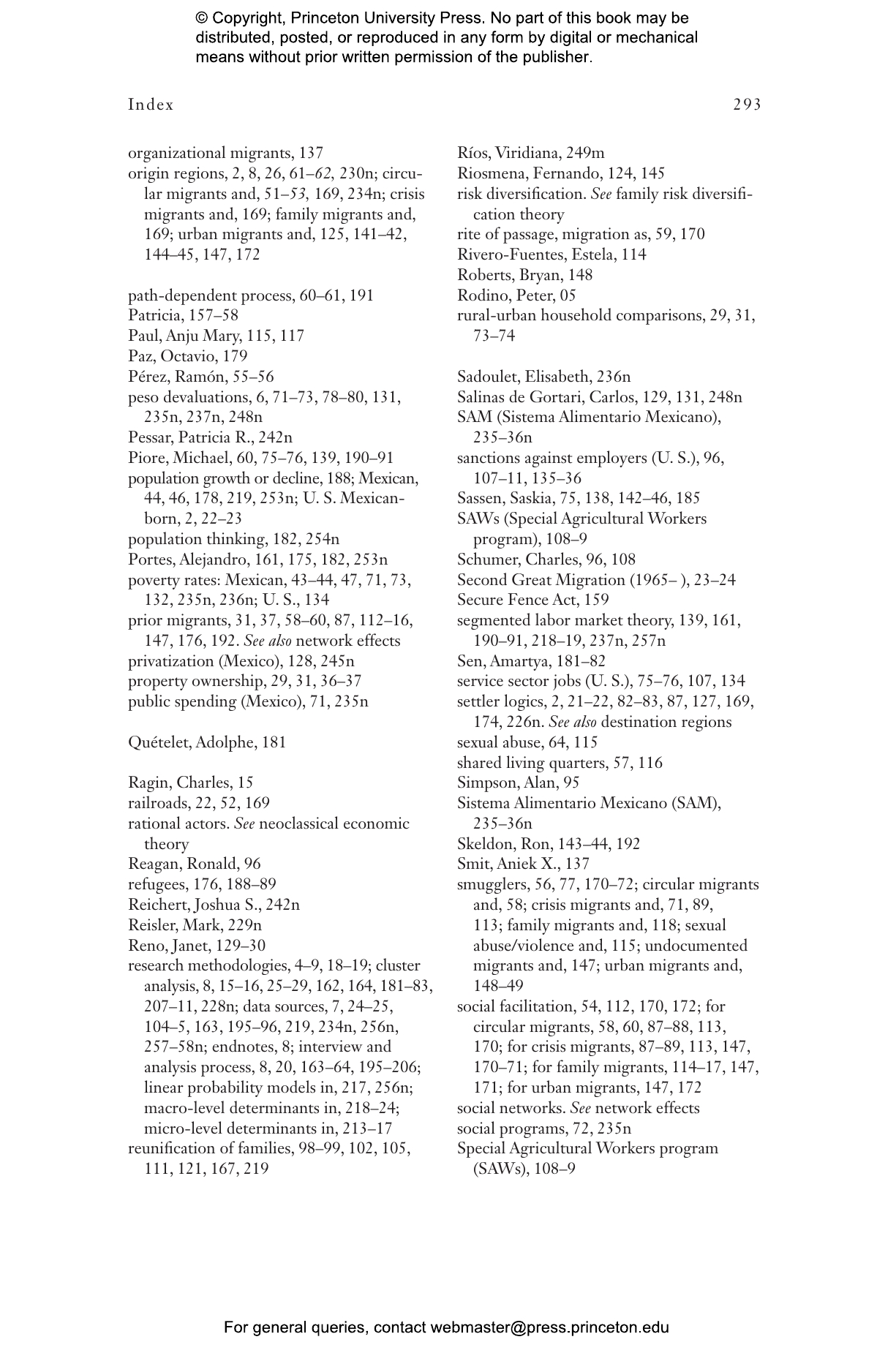 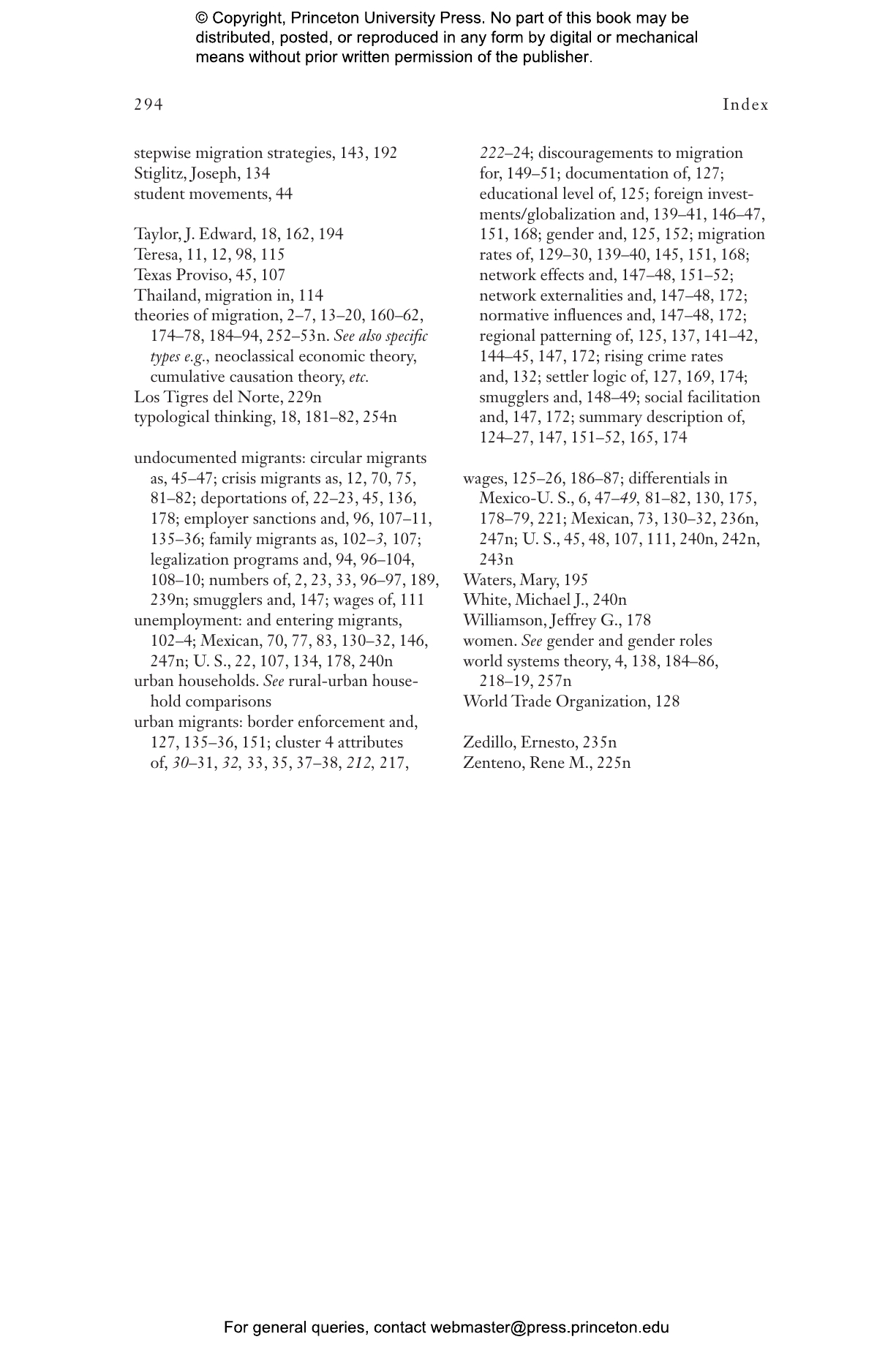 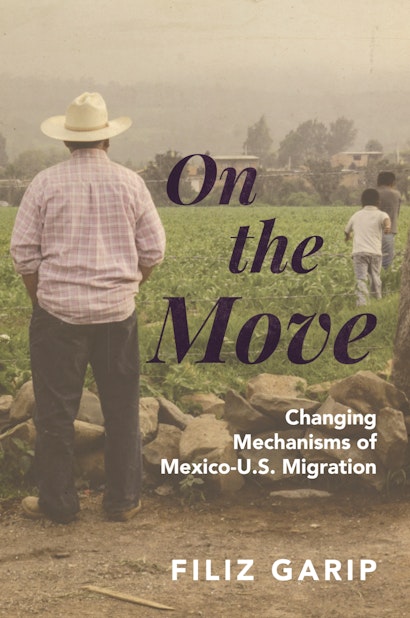 Why do Mexicans migrate to the United States? Is there a typical Mexican migrant? Beginning in the 1970s, survey data indicated that the average migrant was a young, unmarried man who was poor, undereducated, and in search of better employment opportunities. This is the general view that most Americans still hold of immigrants from Mexico. On the Move argues that not only does this view of Mexican migrants reinforce the stereotype of their undesirability, but it also fails to capture the true diversity of migrants from Mexico and their evolving migration patterns over time.

Using survey data from over 145,000 Mexicans and in-depth interviews with nearly 140 Mexicans, Filiz Garip reveals a more accurate picture of Mexico-U.S migration. In the last fifty years there have been four primary waves: a male-dominated migration from rural areas in the 1960s and ’70s, a second migration of young men from socioeconomically more well-off families during the 1980s, a migration of women joining spouses already in the United States in the late 1980s and ’90s, and a generation of more educated, urban migrants in the late 1990s and early 2000s. For each of these four stages, Garip examines the changing variety of reasons for why people migrate and migrants’ perceptions of their opportunities in Mexico and the United States.

Looking at Mexico-U.S. migration during the last half century, On the Move uncovers the vast mechanisms underlying the flow of people moving between nations.

Filiz Garip is professor of sociology at Cornell University. 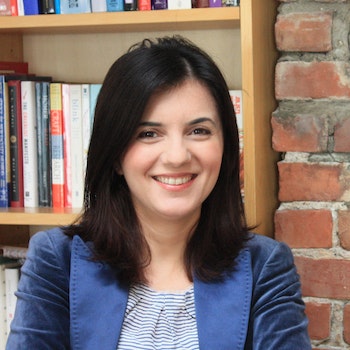 "Garip’s analysis is focused and fresh, representing an innovative approach to understand which theories of migration work for whom, when, and why. . . . [On the Move] provides an intricate and thorough analysis of the conditions, contexts, and composition of Mexican cohorts of migration since 1965, providing readers with a comprehensive understanding of the complex social, economic, and political processes that have led to this particular point in the trajectory of Mexican migration. This is a must read for anyone seeking to understand the history of Mexican migration to the United States over the past 50 years."—Elizabeth Aranda, American Journal of Sociology

"This analytically acute and beautifully written book expands our understanding of Mexican migration flows to the United States. Filiz Garip explores stimulating theoretical questions while bringing her analysis alive through portraits of individuals and families. Her masterful study will reshape how scholars investigate the causes and dynamics of migration movements."—Nancy Foner, coauthor of Strangers No More: Immigration and the Challenges of Integration in North America and Western Europe

"On the Move offers a creative and entirely original analysis to demonstrate convincingly why individuals have migrated from Mexico to the United States at different times for different reasons. Filiz Garip teaches us how seemingly contradictory propositions are often, in fact, quite complementary. Few people in the field today can match the methodological sophistication and substantive knowledge on display in this book."—Douglass Massey, Princeton University

"Mexicans and their descendants make up the largest immigrant group in the United States. Yet our theories for explaining this massive, intergenerational population transfer are incomplete. On the Move offers a comprehensive theory for the changing and diverse nature of Mexican migration: its composition, origins, destinations, and settlement. Groundbreaking in its methodological innovations, rich empirical materials, and policy implications, this book charts a new path for future migration scholarship."—Peggy Levitt, Wellesley College and Harvard University

"On the Move is the definitive book on the last half century of Mexican migration to the United States. Rich in new empirical research and sweeping in its scope, this brilliant book revolutionizes our understanding of this important migration flow and allows the personal stories of the migrants to emerge and touch readers. Lucidly written, sophisticated in its argument, and thoroughly original in its conclusions, this work is an instant classic."—Mary Waters, Harvard University

"This clearly argued, deeply grounded, and original book looks back over the past half century and seeks to understand the mechanisms that have led more than ten million Mexican immigrants to relocate to the United States. A pleasure to read and filling an important gap in the literature, On the Move provides a uniquely comprehensive study of the largest migration stream to America."—Roger Waldinger, University of California, Los Angeles

"On the Move is a treasure trove of information about Mexican migration to the United States. Garip draws together a vast amount of research and economic and demographic trends to investigate the degree to which different kinds of migrants predominated during different periods of migration in the last half century. This is a major scholarly book."—Frank D. Bean, University of California, Irvine

"Identifying various groups of migrants from Mexico, On the Move reveals a more nuanced and substantially richer story than has been previously explored about Mexico-U.S. migration and its development since 1965."—Katherine Donato, Vanderbilt University