A comparative look at how discrimination is experienced by stigmatized groups in the United States, Brazil, and Israel 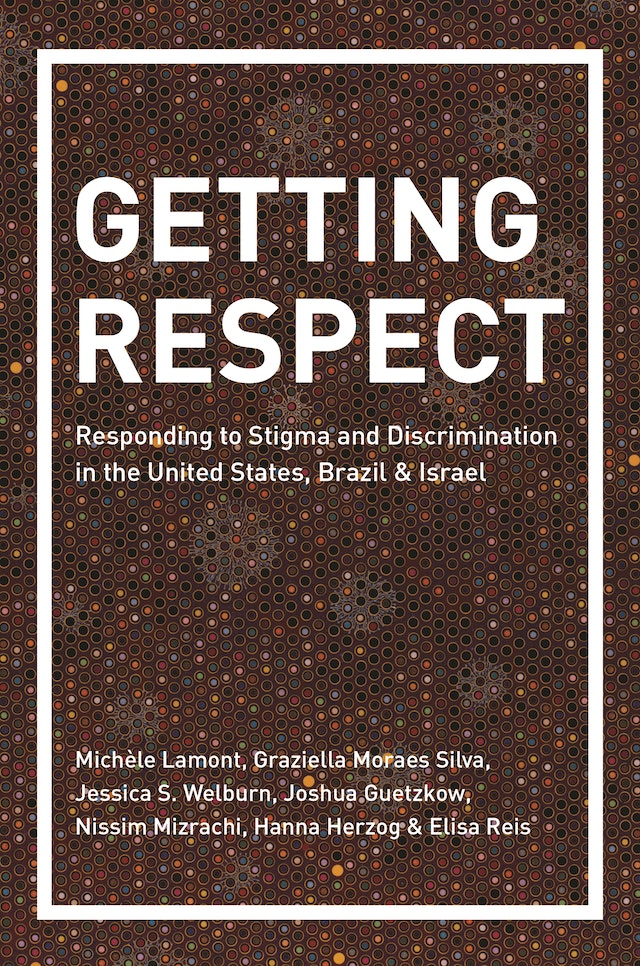 Racism is a common occurrence for members of marginalized groups around the world. Getting Respect illuminates their experiences by comparing three countries with enduring group boundaries: the United States, Brazil and Israel. The authors delve into what kinds of stigmatizing or discriminatory incidents individuals encounter in each country, how they respond to these occurrences, and what they view as the best strategy—whether individually, collectively, through confrontation, or through self-improvement—for dealing with such events.

This deeply collaborative and integrated study draws on more than four hundred in-depth interviews with middle- and working-class men and women residing in and around multiethnic cities—New York City, Rio de Janeiro, and Tel Aviv—to compare the discriminatory experiences of African Americans, black Brazilians, and Arab Palestinian citizens of Israel, as well as Israeli Ethiopian Jews and Mizrahi (Sephardic) Jews. Detailed analysis reveals significant differences in group behavior: Arab Palestinians frequently remain silent due to resignation and cynicism while black Brazilians see more stigmatization by class than by race, and African Americans confront situations with less hesitation than do Ethiopian Jews and Mizrahim, who tend to downplay their exclusion. The authors account for these patterns by considering the extent to which each group is actually a group, the sociohistorical context of intergroup conflict, and the national ideologies and other cultural repertoires that group members rely on.

Getting Respect is a rich and daring book that opens many new perspectives into, and sets a new global agenda for, the comparative analysis of race and ethnicity.

"Getting Respect brings a powerful comparative lens to understanding the experiences of disadvantaged minorities. With fresh data from the United States, Brazil, and Israel, Michèle Lamont and her colleagues sketch a rich portrait of responses to encounters with discrimination. This ambitious book reveals anew the deep complexity, contextual variation, and poignant human meaning of ethnoracial disadvantage. It is a must-read for all those interested in the contemporary dynamics of ethnoracial identities and struggles."—Lawrence Bobo, Harvard University

"A stunningly successful comparative analysis of stigmatization and discrimination in the United States, Brazil, and Israel, Getting Respect shows how cultural repertories and group boundaries that exist at the national level shape individual experiences of racism, self-worth, and respect. This book is a major addition to the study of race and discrimination and a huge contribution to macrocomparative sociology."—James Mahoney, Northwestern University

"W. E. B. Dubois once asked, ‘How does it feel to be a problem?' This ambitious, evocative book takes a comparative, decidedly international approach to offer a substantive answer. Getting Respect is a rigorous social scientific attempt to think through what stigmatization feels like to the stigmatized and will be valuable reading for scholars and students alike."—John L. Jackson Jr., author of Real Black: Adventures in Racial Sincerity

"Focusing on how victims of discrimination across countries protect their self-worth, Getting Respect is a much-needed addition to the study of everyday racism. This book is a fascinating read, thick with information, and rich in contextualized explanations. It will be an excellent resource for education, community empowerment, and policymaking."—Philomena Essed, Antioch University

"The main implication of this book is that whatever the many justifications there may be for affirmative action and other policies designed to reduce racial inequality, their effect on the everyday experience of racial stigmatization is limited. Full of sociological insights, Getting Respect is an admirable and highly informative work."—David Lehmann, University of Cambridge

"I know of no other work that draws comparisons between stigmatized groups in the United States, Brazil, and Israel. Yet, this book does more than just make comparisons. It also provides a substantive cultural analytical framework through which to explore the phenomena of stigmatization and discrimination. Getting Respect is an extraordinary undertaking."—Alford A. Young Jr., University of Michigan

"Using the best theory in the field of sociology, Getting Respect delves deeply into the contexts of three countries—the United States, Brazil, and Israel—to look at the concepts of discrimination and stigmatization. Placing the three countries on a level analytical plane for comparison, this book is a pleasure to read."—Stanley R. Bailey, University of California, Irvine