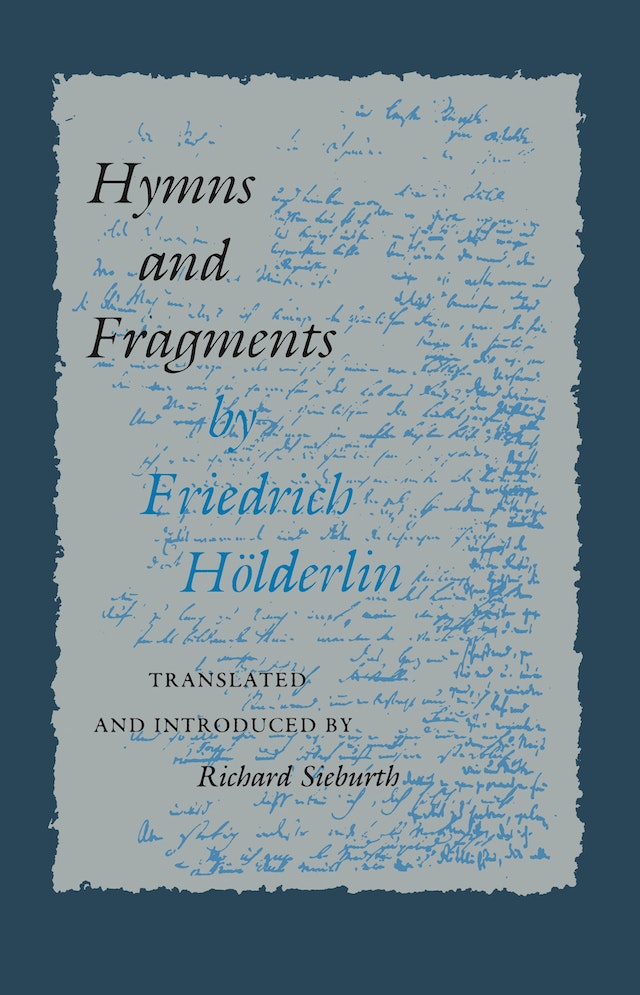 Despite his influence on such figures as Nietzsche, Rilke, Heidegger, and Celan, Friedrich Hölderlin (1770–1843) is only now being fully appreciated as perhaps the first great modern of European poetry. Drawing on the most recent scholarship, this annotated translation conveys the radical idiom and vision that continue to make him a contemporary. Richard Sieburth includes almost all Hölderlin’s late poems in free rhythms from the years between 1801 and 1806, the period just prior to his hospitalization for insanity.

Sieburth’s critical introduction discusses the poet’s career, assesses his role as the link between classicism and romanticism, and explores Hölderlin’s ongoing importance to modern poetics and philosophy. Annotations explicate the individual poems, a number of which are translated into English for the first time.

"Sieburth . . . has set out to represent the movement, the rush and swirl of Hölderlein's verse, his fast-spilling lines, and he seems to me to have succeeded remarkably well."—New York Times Book Review

"This is an admirable work. It reads like poetry, which is not true of all translations. The introduction and the notes are extremely valuable."—Liesel Mueller, Translator of, Selected Later Poems of Marie Luise Kaschnitz

“This is an admirable work. It reads like poetry, which is not true of all translations. The introduction and notes are extremely valuable.”—Lisel Mueller, translator of Selected Later Poems of Marie Luise Kaschnitz