How the leisure class has been replaced by a new elite, and how their consumer habits affect us all 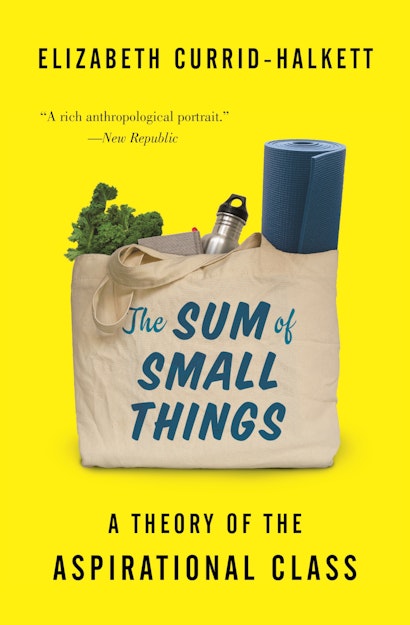 In today’s world, the leisure class has been replaced by a new elite. Highly educated and defined by cultural capital rather than income bracket, these individuals earnestly buy organic, carry NPR tote bags, and breast-feed their babies. They care about discreet, inconspicuous consumption—like eating free-range chicken and heirloom tomatoes, wearing organic cotton shirts and TOMS shoes, and listening to the Serial podcast. They use their purchasing power to hire nannies and housekeepers, to cultivate their children’s growth, and to practice yoga and Pilates. In The Sum of Small Things, Elizabeth Currid-Halkett dubs this segment of society “the aspirational class” and discusses how, through deft decisions about education, health, parenting, and retirement, the aspirational class reproduces wealth and upward mobility, deepening the ever-wider class divide.


Exploring the rise of the aspirational class, Currid-Halkett considers how much has changed since the 1899 publication of Thorstein Veblen’s Theory of the Leisure Class. In that inflammatory classic, which coined the phrase “conspicuous consumption,” Veblen described upper-class frivolities: men who used walking sticks for show, and women who bought silver flatware despite the effectiveness of cheaper aluminum utensils. Now, Currid-Halkett argues, the power of material goods as symbols of social position has diminished due to their accessibility. As a result, the aspirational class has altered its consumer habits away from overt materialism to more subtle expenditures that reveal status and knowledge. And these transformations influence how we all make choices.


With a rich narrative and extensive interviews and research, The Sum of Small Things illustrates how cultural capital leads to lifestyle shifts and what this forecasts, not just for the aspirational class but for everyone.

Elizabeth Currid-Halkett is the James Irvine Chair in Urban and Regional Planning and professor of public policy at the University of Southern California. She is the author of The Warhol Economy and Starstruck . Her work has been featured in the Los Angeles Times, New York Times, New Yorker, and Wall Street Journal. She lives in Los Angeles with her husband and their two sons. 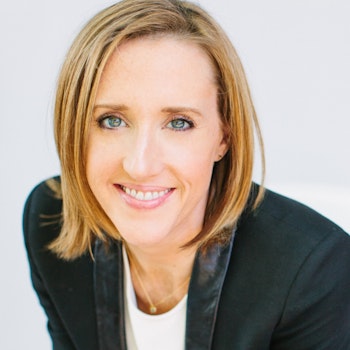 "There is a lot to learn here about the contemporary face of income inequality."—Publishers Weekly

"[The Sum of Small Things] is a rich anthropological portrait of the 'aspirational; class'—a type of neo-yuppie that defines itself through understated modes of consumption and an emphasis on the accrual of cultural capital."—J. C. Pan, The New Republic

"A key companion to Robert Putnam's survey of dwindling US social mobility, Our Kids."—Barbara Kiser, Nature

"The aspirational class gets a kick in the quinoa courtesy of Elizabeth Currid-Halkett's The Sum of Small Things."—Sloane Crosley, Vanity Fair

"Elizabeth Currid-Halkett, author of The Sum of Small Things, says a new cultural elite is on the rise: the aspirational class. These are people who aren't necessarily rich but who share a set of views on the most socially conscious ways to spend money. . . . Currid-Halkett argues that they are driven primarily by an aspiration to be—or at least appear to be—‘their version of better humans.' That's why, for this milieu, ‘a $2 heirloom tomato purchased from a farmers' market is so symbolically weighty . . . and a white Range Rover is not."—Sarah Begley, Time

"The Sum of Small Things: A Theory of the Aspirational Class, by Los Angeles academic Elizabeth Currid-Halkett, looks at the consumer side of proximity and inequality. Kicking off from Thorstein Veblen's idea of conspicuous consumption, in which the leisure class of the 19th century displayed its inherited wealth through material goods, she posits a new 'aspirational class.'"—Dylan Reid, Literary Review of Canada

"What makes Currid-Halkett's argument powerful is that she mines the data to prove that the members of this group are passing on their privilege to their children in just as pernicious a way as the old aristocrats passed on their estates and titles."—Harry Wallop, The Times

"There are a lot of good data in this book."—Danny Dorling, Times Higher Education

"Currid-Halkett's biting, often humorous commentary is not just a send up of the so-called 'coastal elites.' It’s a trenchant analysis that combines economic and sociological evidence to describe major trends."—Dan Kopf, Quartz

"[Elizabeth Currid-Halkett] paints a remarkably fine-grained portrait of how the spending habits of Americans have evolved over the decades."—Economist

"A professor at the University of Southern California shows why it is so difficult to stop the privileged position of the elites becoming more entrenched."—The Economist

"A rare clear-eyed book about the rich."—Andy Beckett, The Guardian

"The Sum of Small Things crackles with original insights about consumer goods and the individuals who choose them. Currid-Halkett's concepts of ‘the aspirational class' and ‘conspicuous production' advance consumption studies and provide fresh news about the search for distinction. Fast-paced, well-told, and unfailingly interesting, this book is an intellectual treat across the board."—Harvey Molotch, author of Against Security

"What are the status consumption habits of the twenty-first century? In The Sum of Small Things, Elizabeth Currid-Halkett blends social science and keen observation to present the new, best guide to this topic of never-ending interest, for the status-conscious in all of us."—Tyler Cowen, author of The Complacent Class

"'Organic', 'artisanal', 'boutique'—these are the catchwords of what has become, in Elizabeth Currid-Halkett's view, a new self-regarding social class, grounded less in money than in elite education, and inured to the problems of those less fortunate. This is a timely, original, and disquieting analysis of contemporary American society."—Richard A. Easterlin, University of Southern California

"Exploring how the consumer choices of today's ‘aspirational class’ express identity and values yet reinforce social exclusivity and economic status, Elizabeth Currid-Halkett’s lively book offers a thoroughly researched and fair-minded update to Veblen’s classic look at the leisure class. Eschewing mockery and polemics, The Sum of Small Things challenges readers to think hard about culture and consumption in a postscarcity economy."—Virginia Postrel, author of The Power of Glamour

"Just as Thorstein Veblen captured his time with the phrase ‘conspicuous consumption,' Elizabeth Currid-Halkett nails the contemporary rise of a subtler but no less materialist inconspicuous consumption. This book is a must-read for anyone who wants to understand modern cities or culture today."—Richard Florida, author of The Rise of the Creative Class

"This book takes readers on a tour of contemporary U.S. inequality—in particular the classes who occupy its highest strata—via characteristic patterns of consumption behavior. Revealing polarizing patterns of class behavior, this engaging and thought-provoking work will attract a substantial readership and generate discussion."—Leonard Nevarez, author of Pursuing Quality of Life