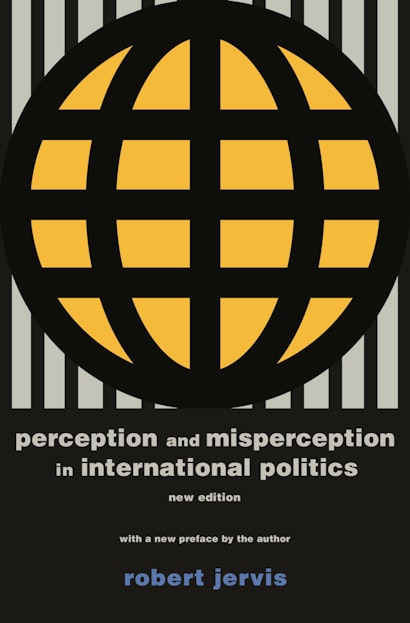 Since its original publication in 1976, Perception and Misperception in International Politics has become a landmark book in its field, hailed by the New York Times as “the seminal statement of principles underlying political psychology.” This new edition includes an extensive preface by the author reflecting on the book’s lasting impact and legacy, particularly in the application of cognitive psychology to political decision making, and brings that analysis up to date by discussing the relevant psychological research over the past forty years. Jervis describes the process of perception (for example, how decision makers learn from history) and then explores common forms of misperception (such as overestimating one’s influence). He then tests his ideas through a number of important events in international relations from nineteenth- and twentieth-century European history. Perception and Misperception in International Politics is essential for understanding international relations today.

"The best statement of the psychological position in the literature on international politics. Highly readable, informative, and thought-provoking."—Library Journal

"This exceptional book is a landmark in the study of cognitive processes in government foreign policy decision making. It integrates a thorough grasp of major psychological theory and research concerning individual cognitive processes with a detailed and perceptive reading of numerous historical accounts of international politics."—Contemporary Psychology

"A valuable contribution to the theoretical literature on international relations."—Choice