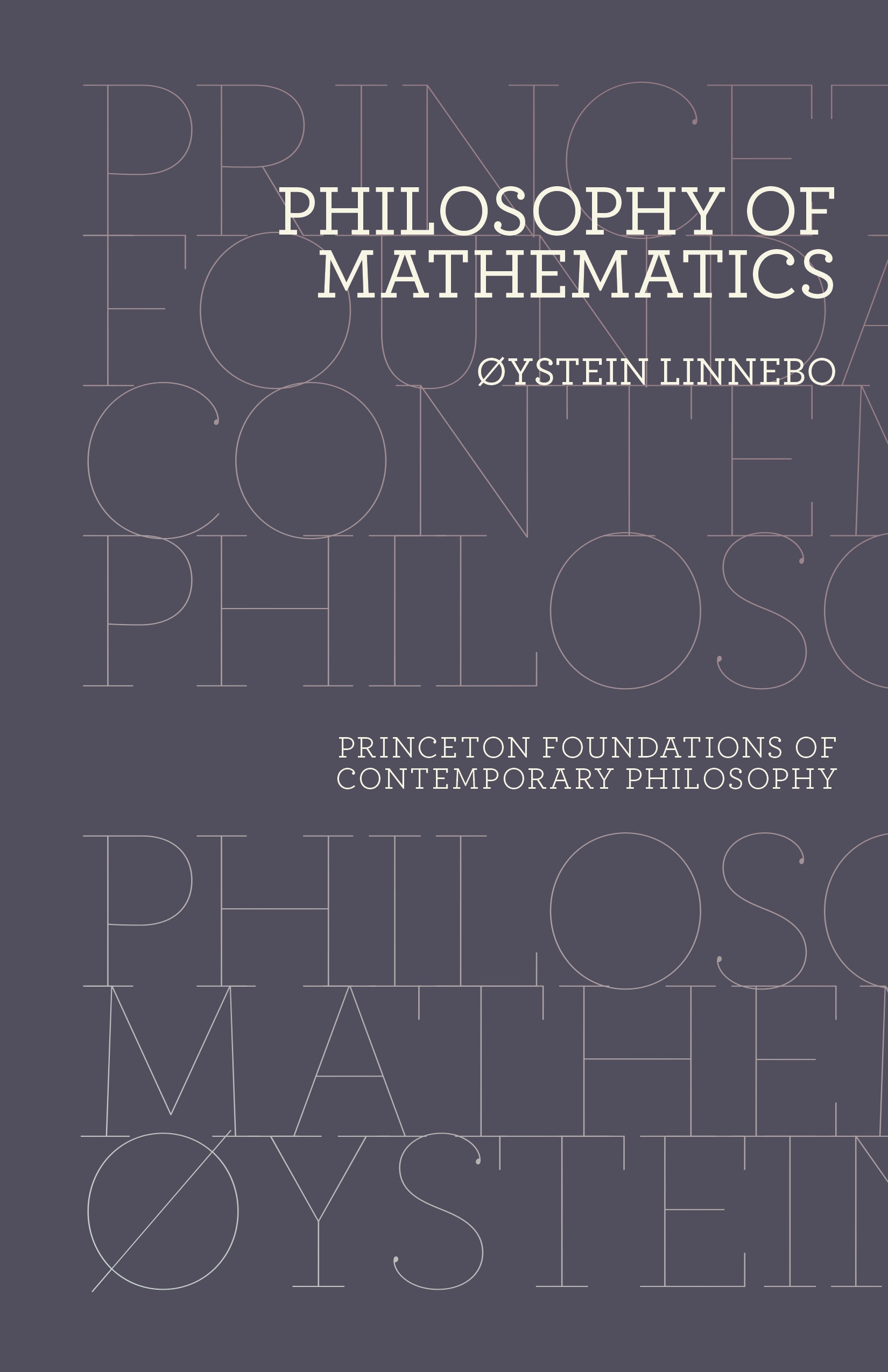 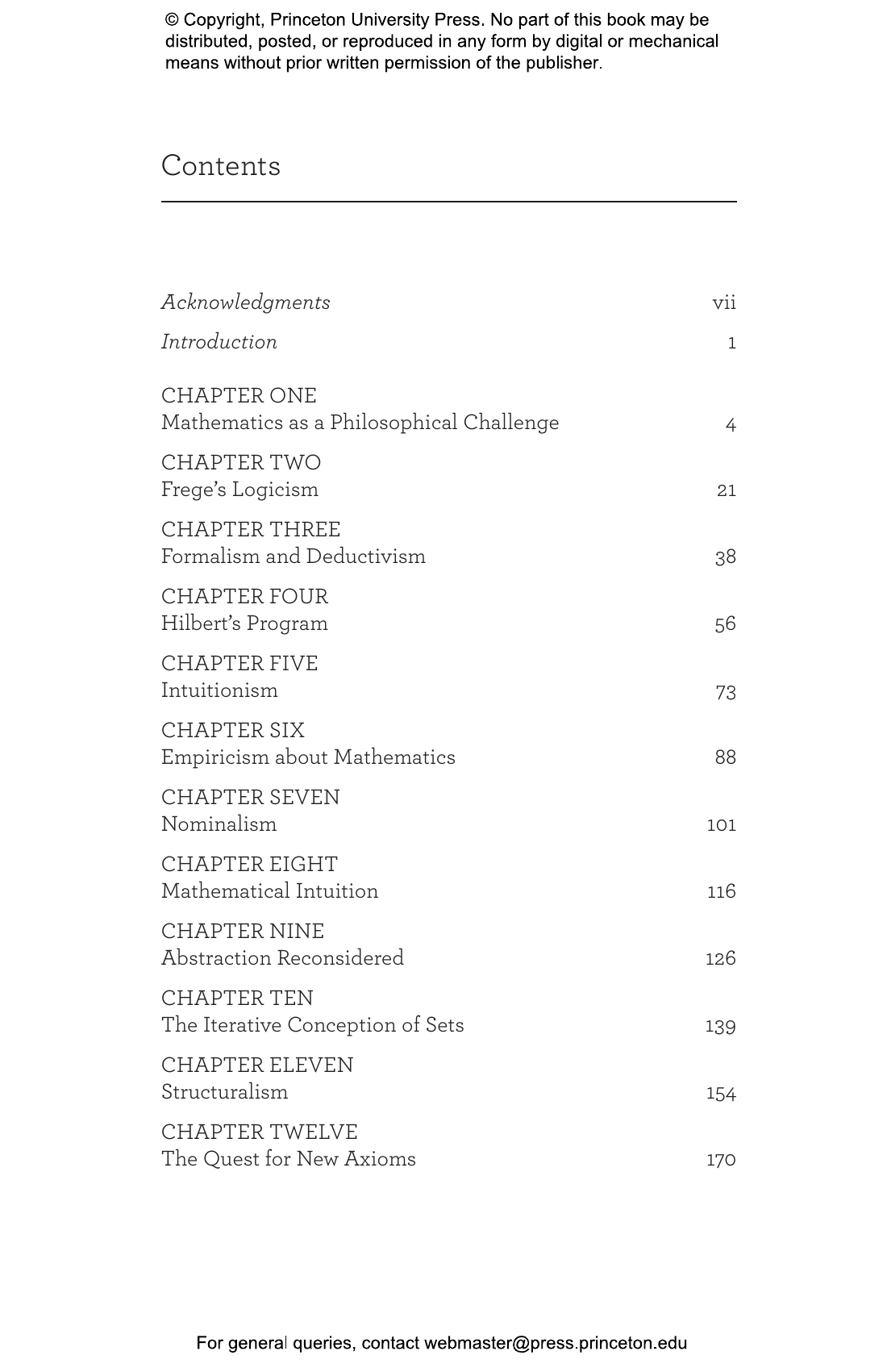 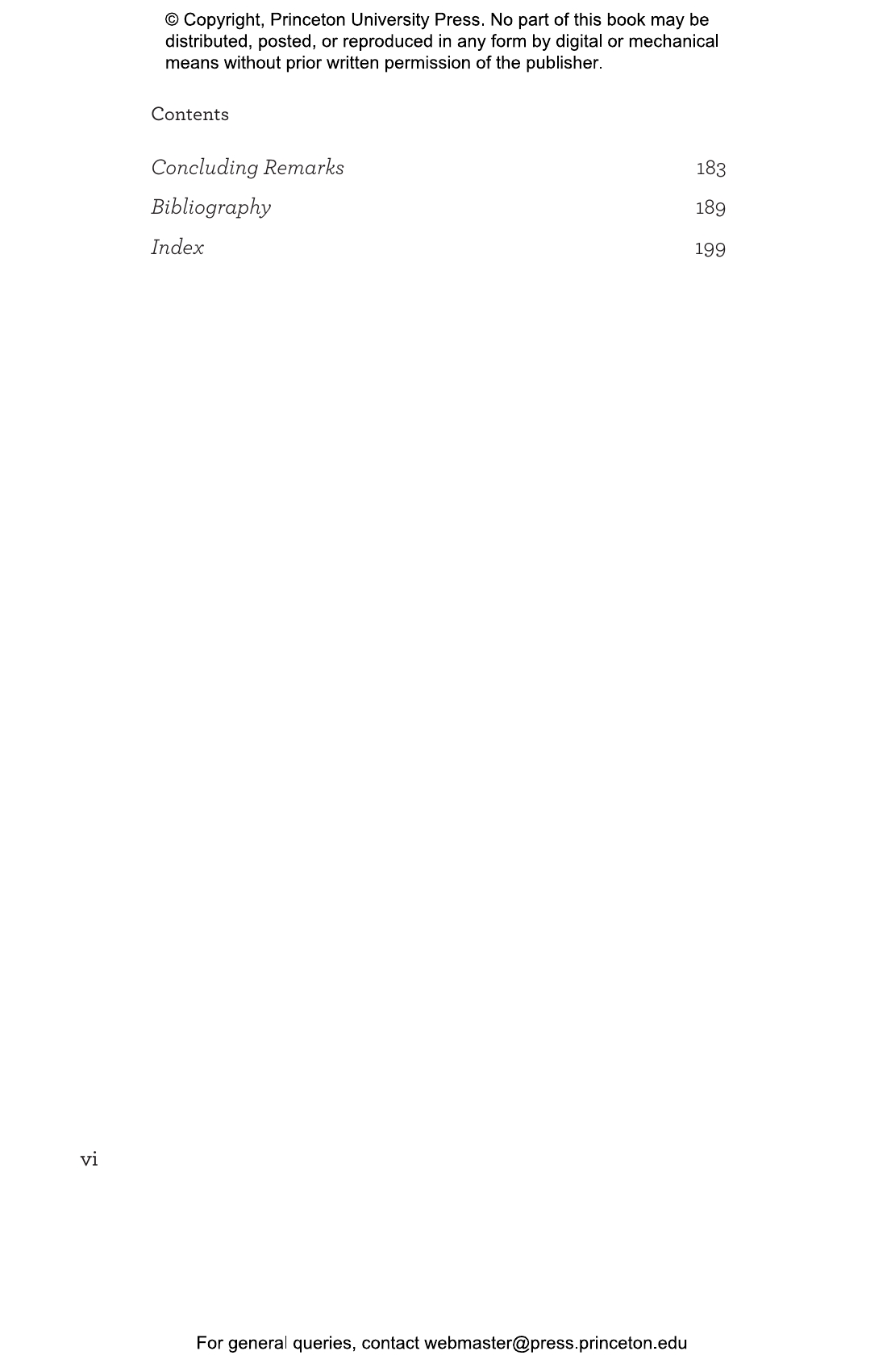 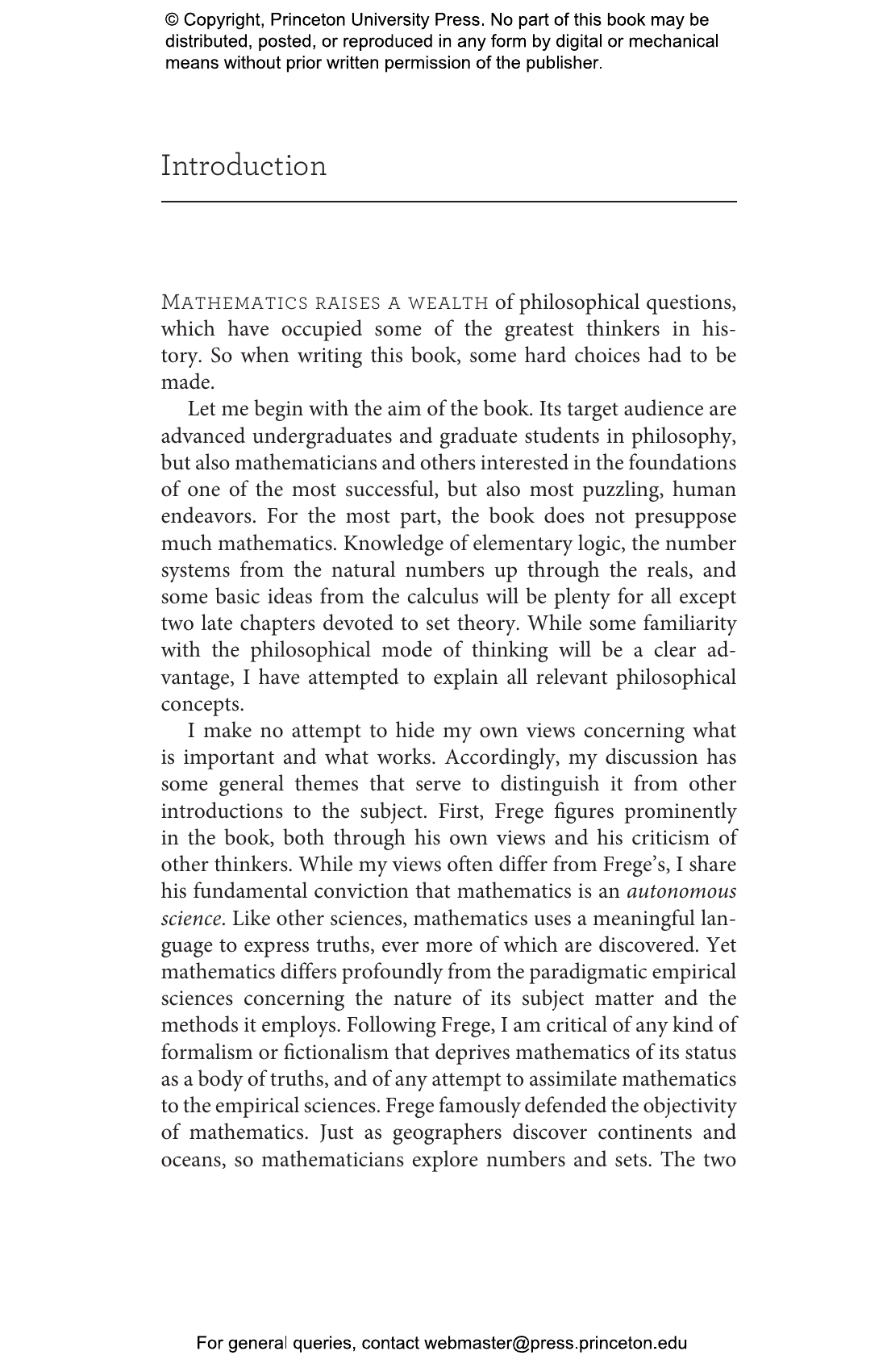 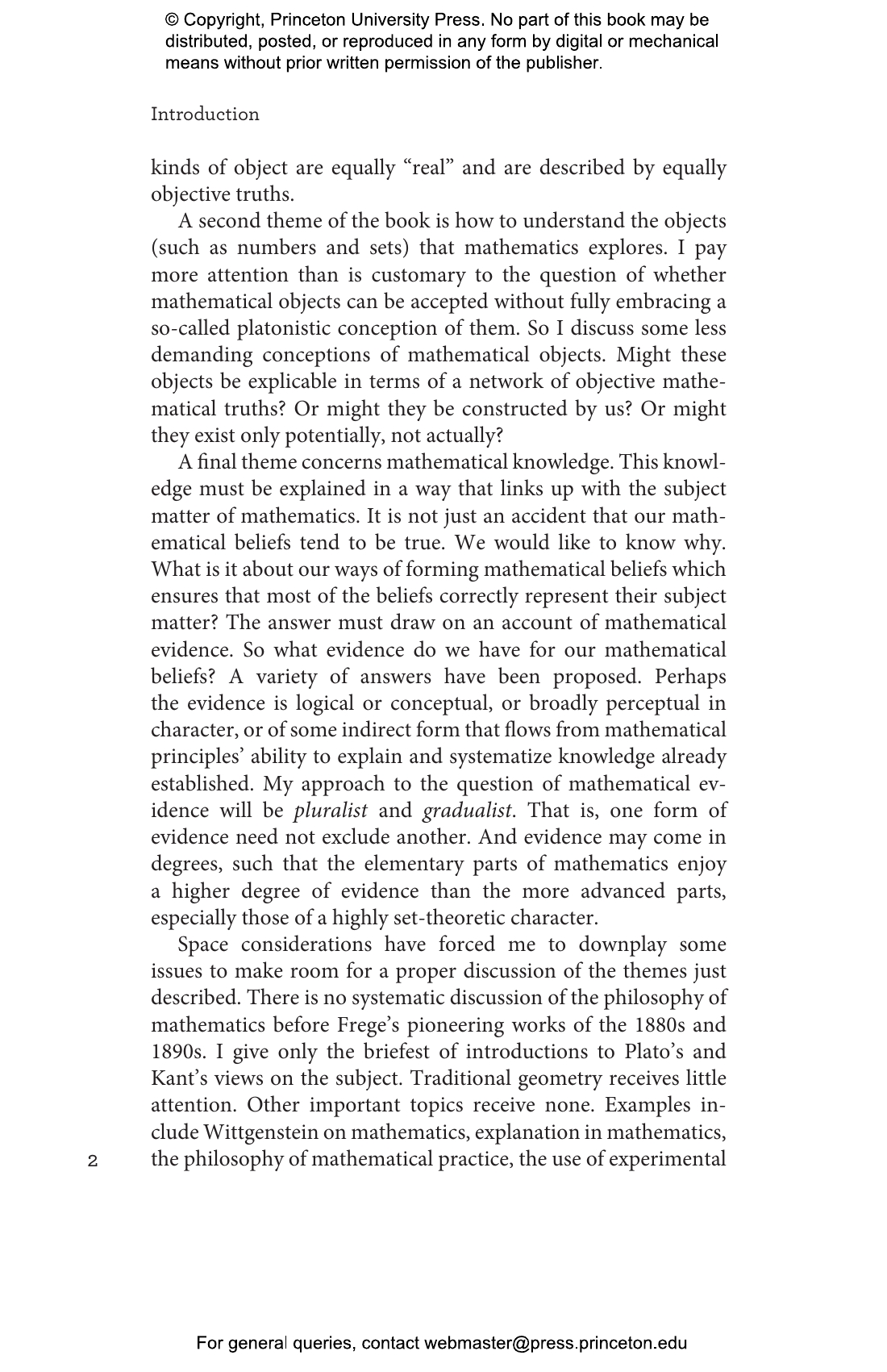 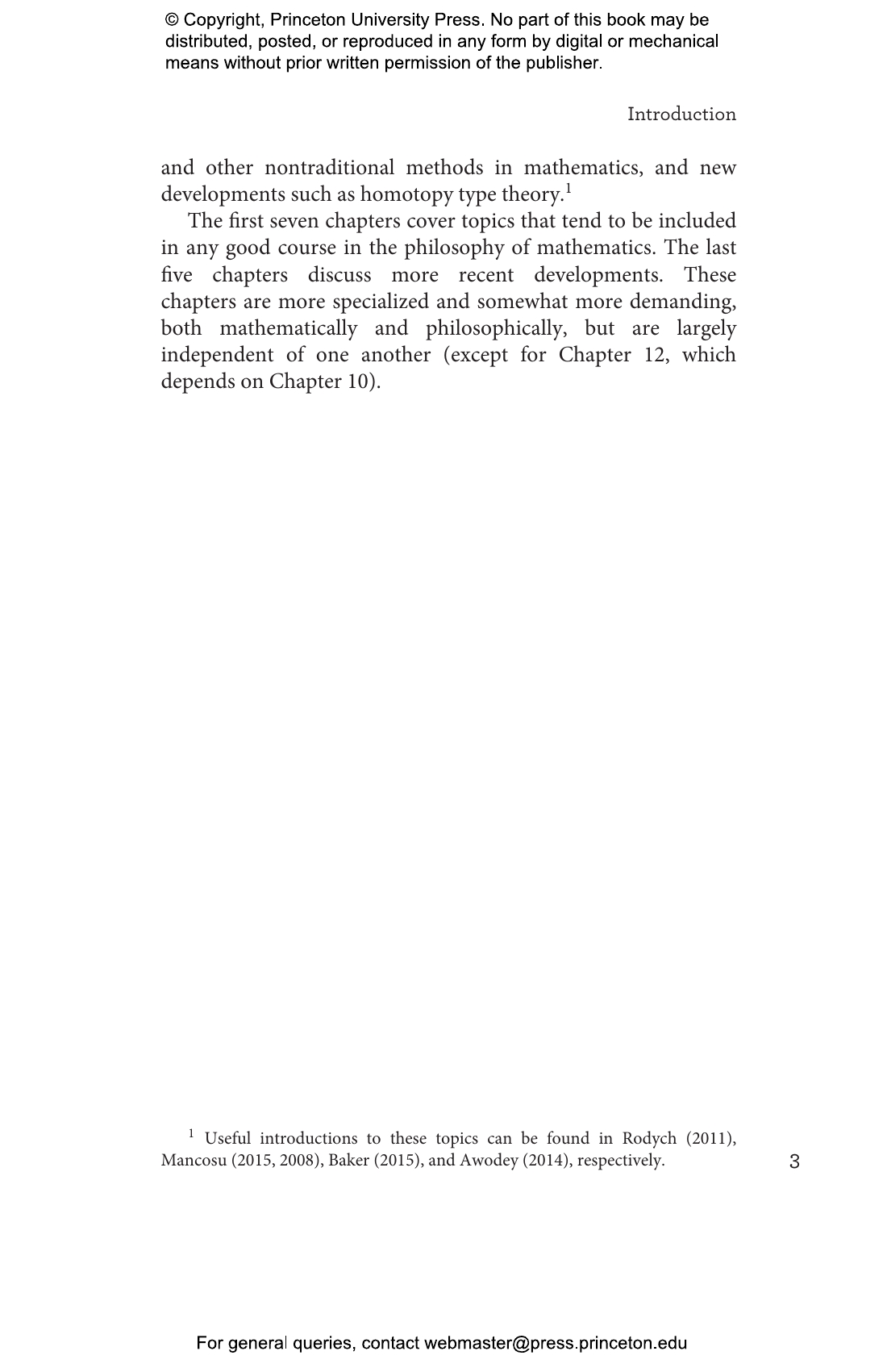 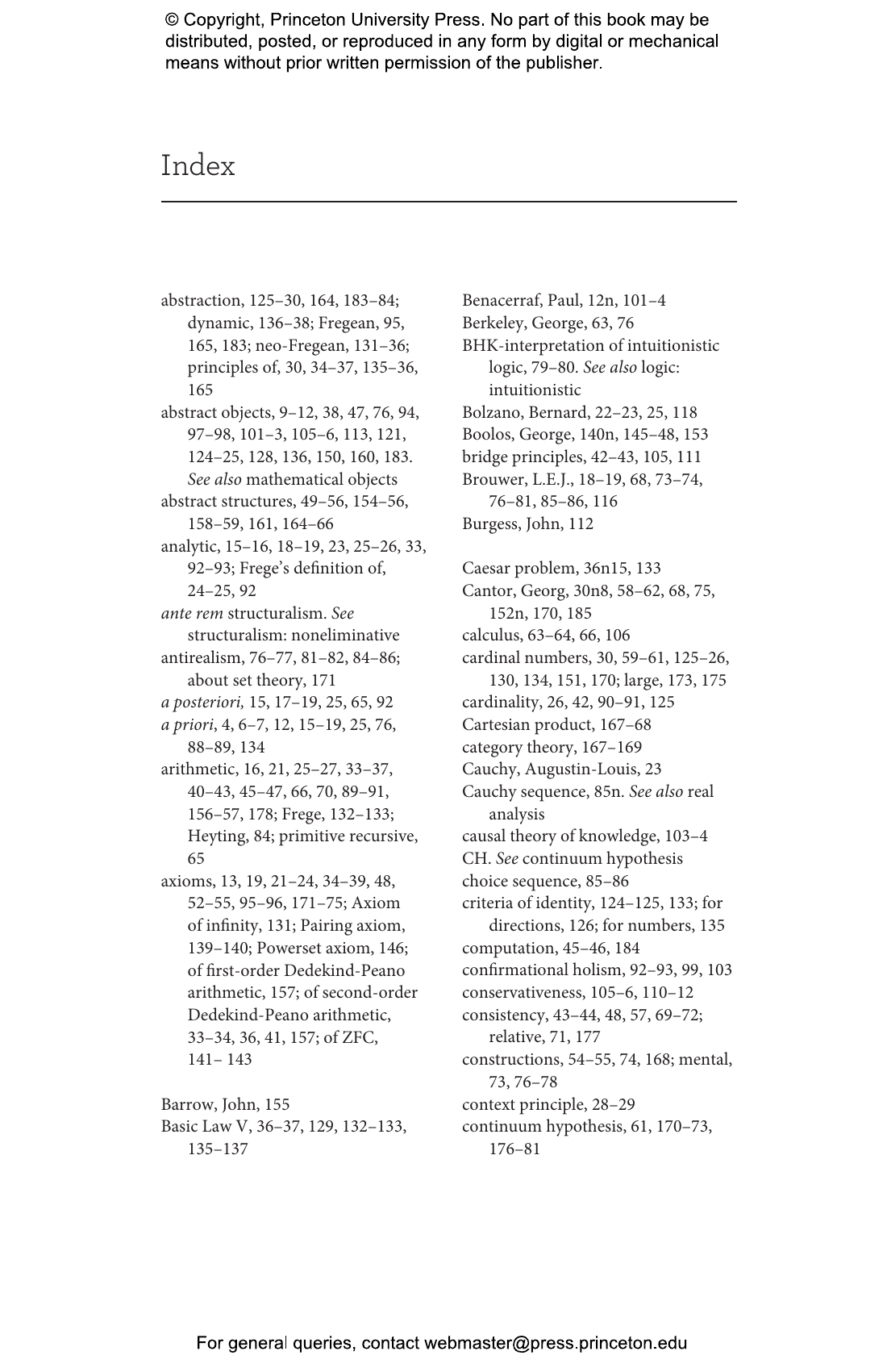 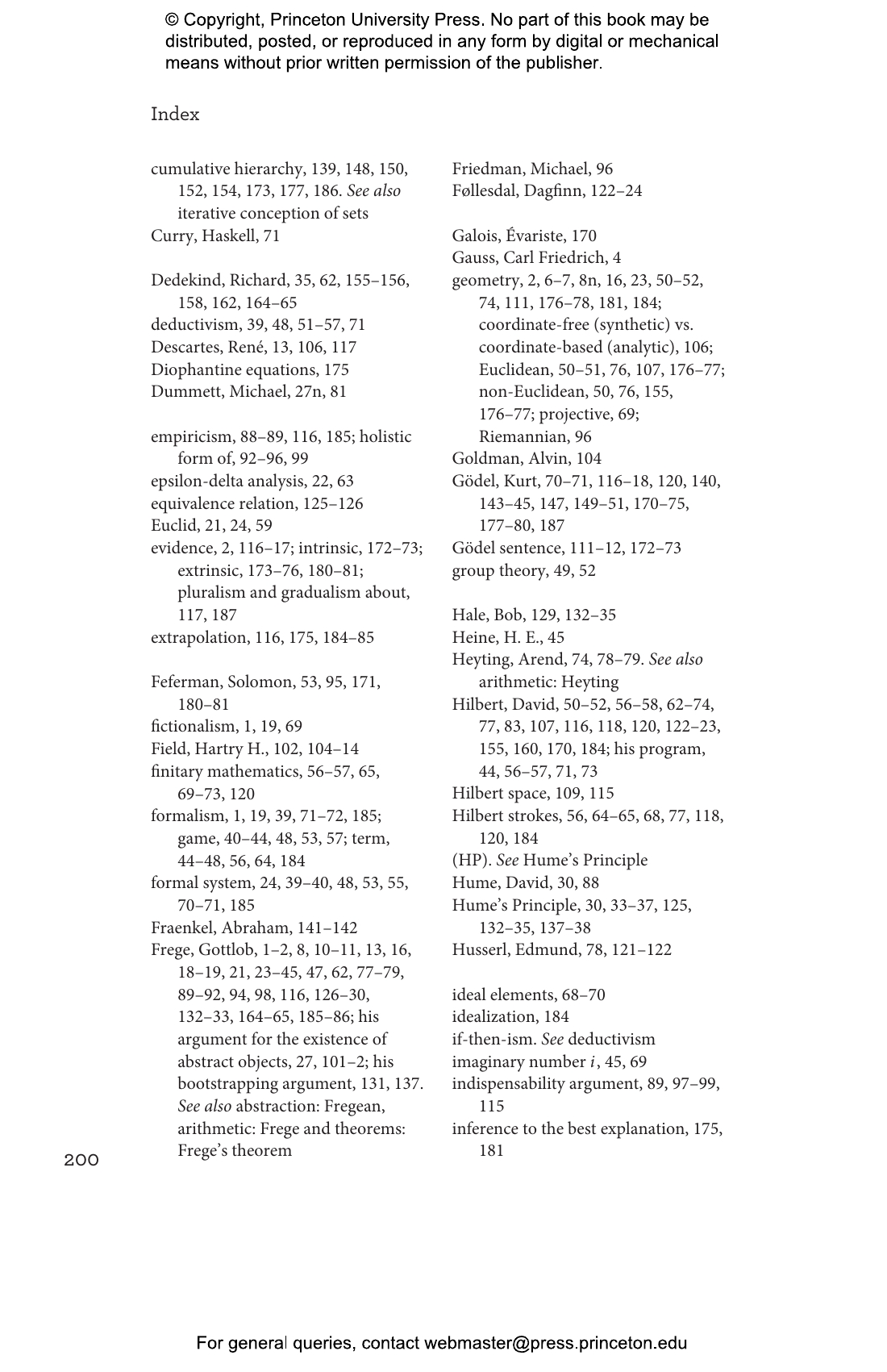 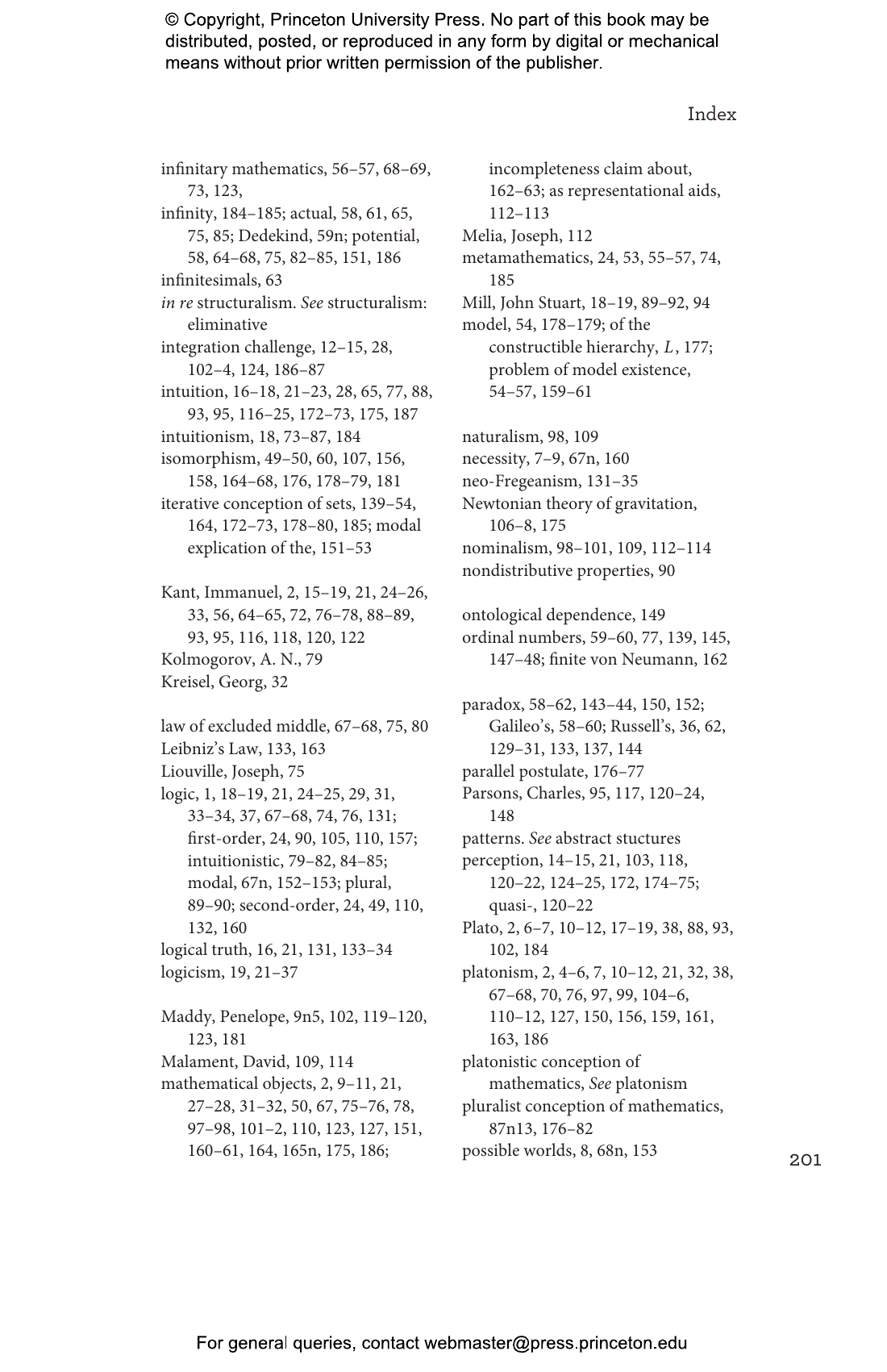 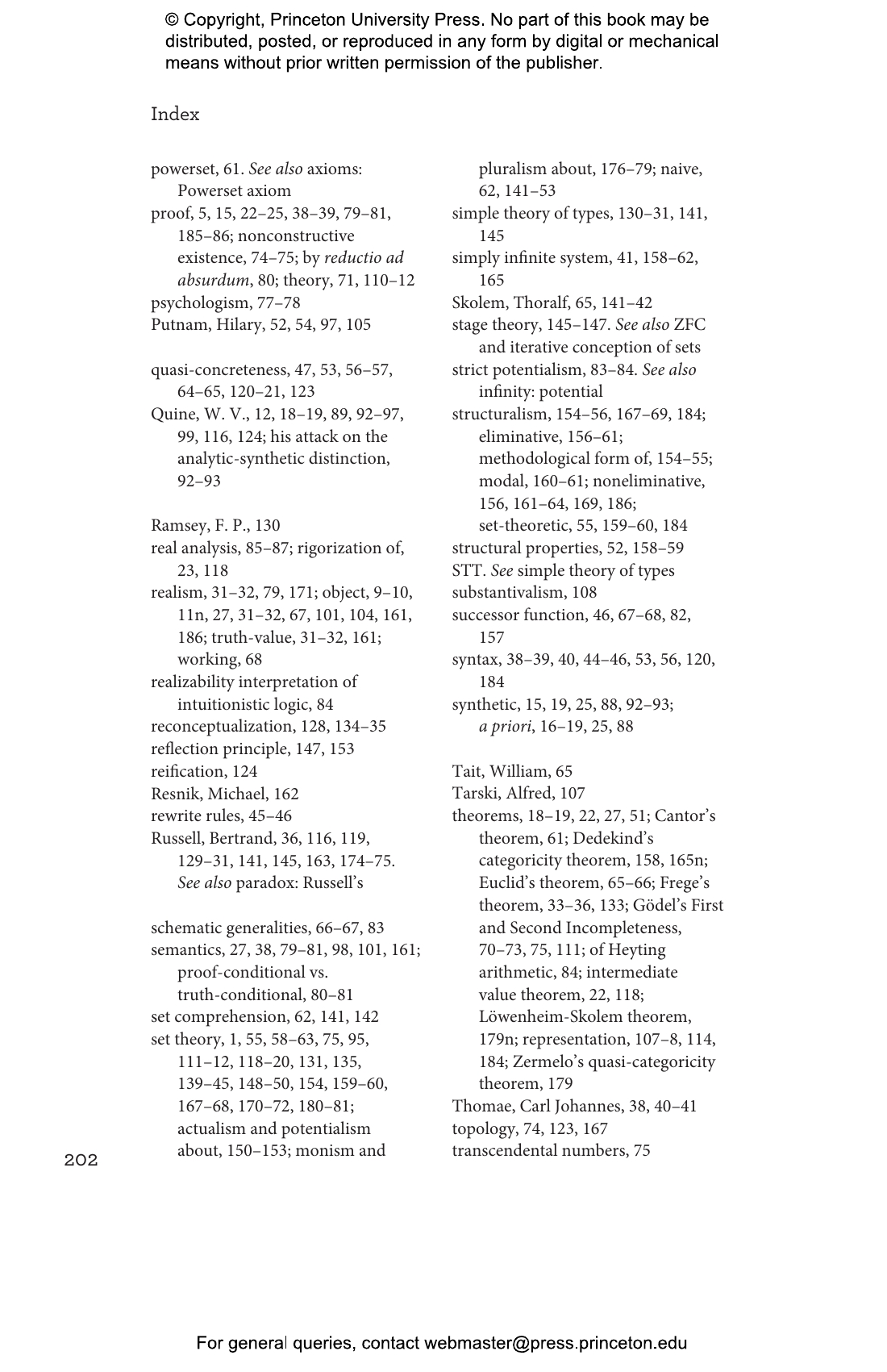 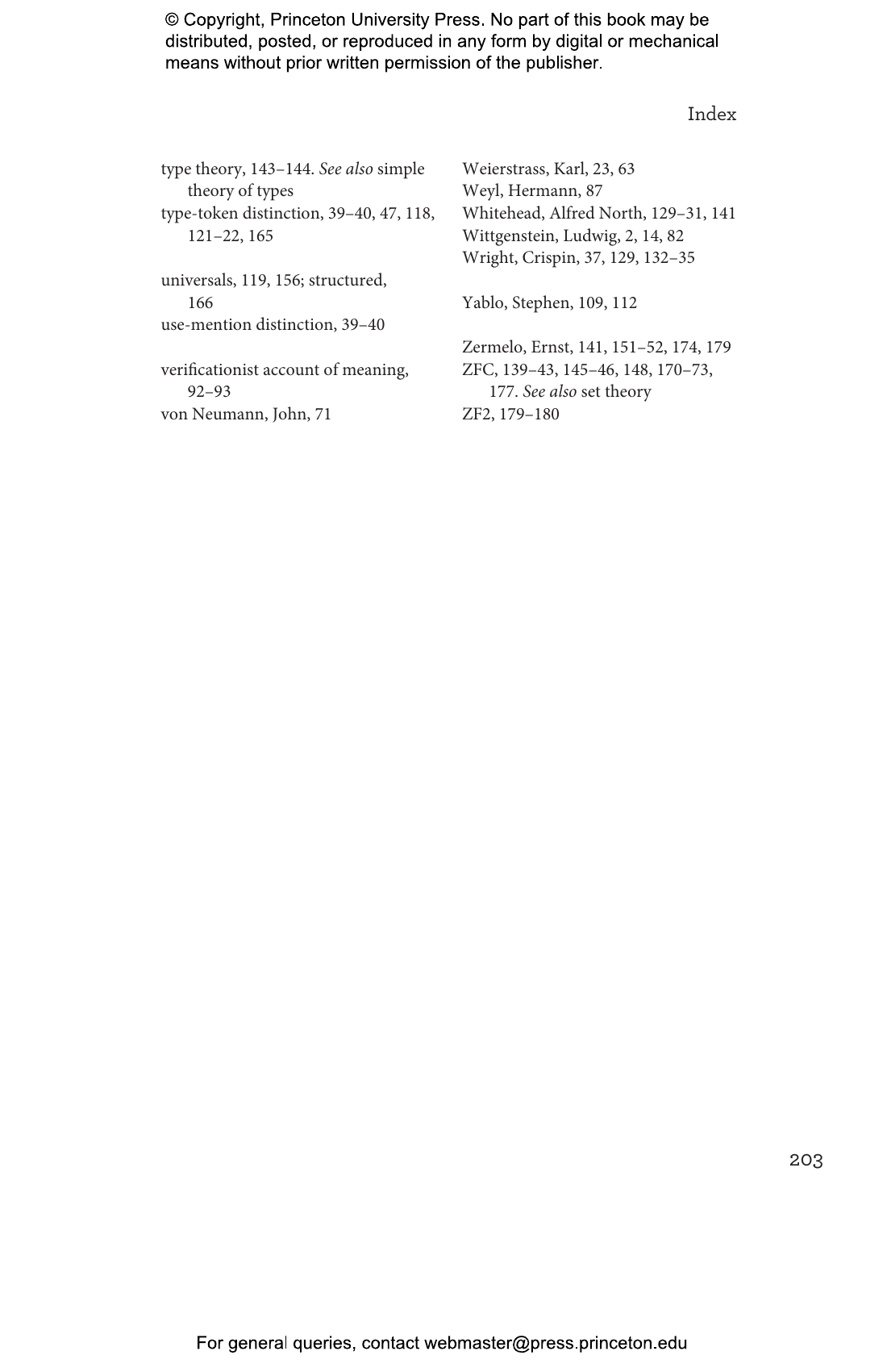 A sophisticated, original introduction to the philosophy of mathematics from one of its leading contemporary scholars 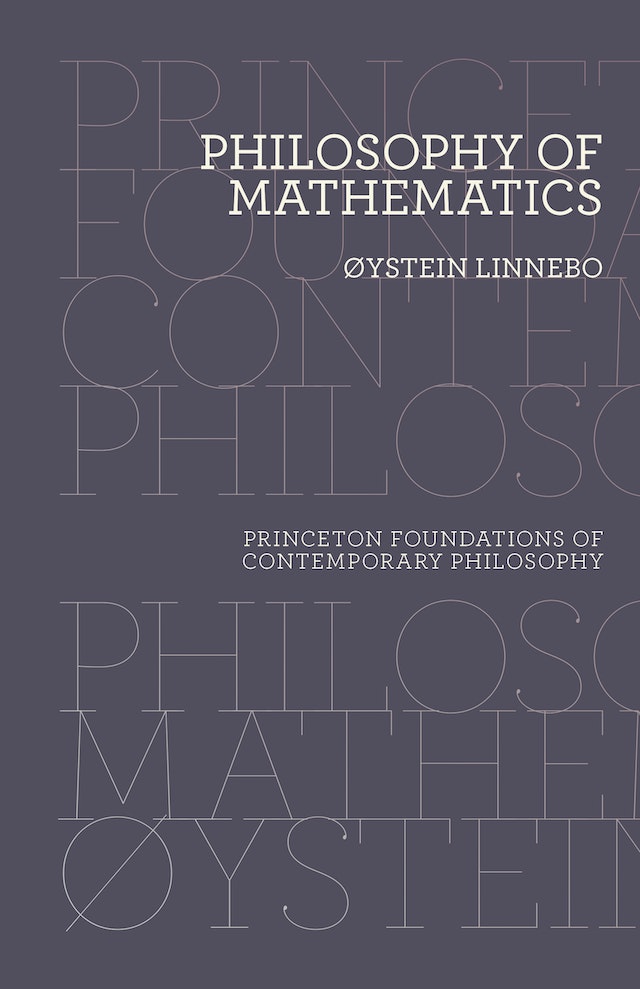 Mathematics is one of humanity’s most successful yet puzzling endeavors. It is a model of precision and objectivity, but appears distinct from the empirical sciences because it seems to deliver nonexperiential knowledge of a nonphysical reality of numbers, sets, and functions. How can these two aspects of mathematics be reconciled? This concise book provides a systematic yet accessible introduction to the field that is trying to answer that question: the philosophy of mathematics.

Written by Øystein Linnebo, one of the world’s leading scholars on the subject, the book introduces all of the classical approaches to the field, including logicism, formalism, intuitionism, empiricism, and structuralism. It also contains accessible introductions to some more specialized issues, such as mathematical intuition, potential infinity, the iterative conception of sets, and the search for new mathematical axioms. The groundbreaking work of German mathematician and philosopher Gottlob Frege, one of the founders of analytic philosophy, figures prominently throughout the book. Other important thinkers whose work is introduced and discussed include Immanuel Kant, John Stuart Mill, David Hilbert, Kurt Gödel, W. V. Quine, Paul Benacerraf, and Hartry H. Field.

Sophisticated but clear and approachable, this is an essential introduction for all students and teachers of philosophy, as well as mathematicians and others who want to understand the foundations of mathematics.

Øystein Linnebo is professor of philosophy at the University of Oslo, and previously held positions in Bristol, London, and Oxford. He is the coeditor of New Waves in the Philosophy of Mathematics and the author of Thin Objects: An Abstractionist Approach (forthcoming). 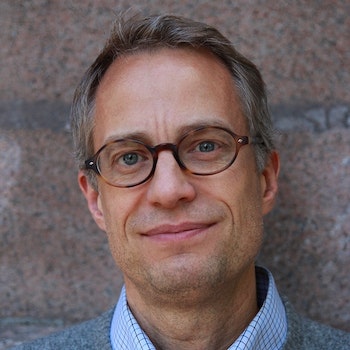 "[This book] is very, very good. Superbly clear, concise, well organised, it gives not only a very accessible introduction but also takes the reader all the way to the cutting edge of what philosophers are doing in the philosophy of mathematics. Above all, Linnebo writes as a fully engaged philosopher and makes his preferred choice of philosophical position clear. But this is no mere polemic: I felt he clearly and forcefully presents the strengths and weaknesses of all the philosophical positions he discusses."—Henri Laurie, Mathemafrica

"This is a thought-provoking book, and is a useful addition to the textbook literature on this subject."—MAA Reviews

"This book provides a nice lay of the land for anyone interested in contemporary philosophy of mathematics."—Gregory Lavers, Philosophy Mathematica

"This is an excellent introduction to the philosophy of mathematics, with clear and careful coverage of both traditional topics and cutting-edge contemporary debates."—Roy T. Cook, University of Minnesota

"This is a good introduction to the philosophy of mathematics—clear and concise, and with original observations and a coherent point of view."—John P. Burgess, Princeton University