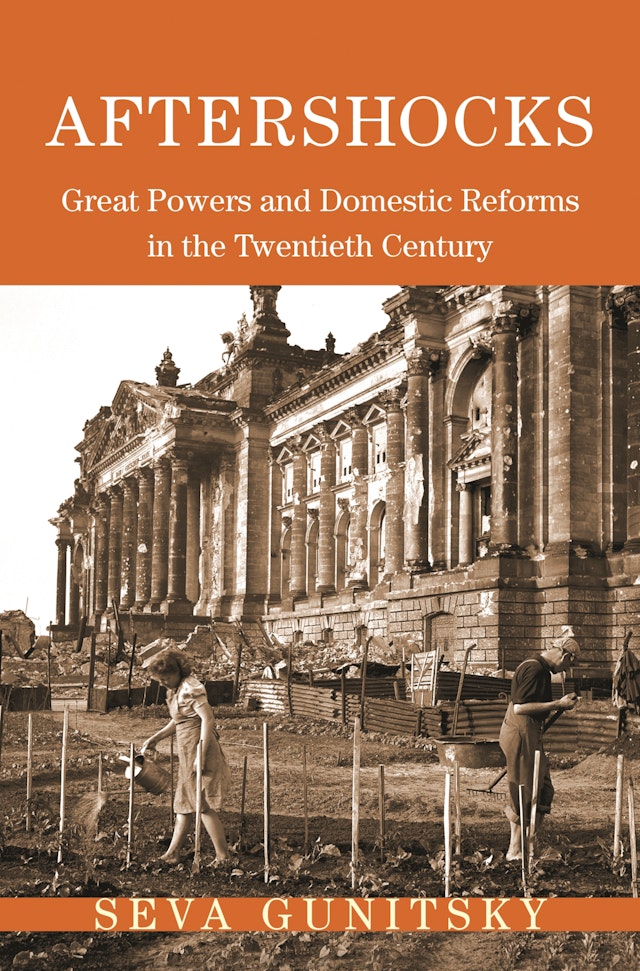 "Highly recommended. . . . The conclusion is especially strong and provocative, speculating that though democracy has advantages that prevent crises from becoming so severe they threaten stability, autocratic capitalism may be a viable alternative if democracy fails to provide security and prosperity for its people."—Choice

"In this landmark study, Gunitsky . . . illuminates the deep connections between global shfits in power and waves of domestic regime change. . . . No book has made a stronger case that the fate of democracy is tied to the rise and fall of great powers and the leadership of liberal hegemonic states."—Foreign Affairs

"An important, well-argued and well-written contribution to the literature on the international dimension of change in political regimes across different countries."—Nicholas Bouchet, International Affairs

"Aftershocks is a tour de force, traveling across the twentieth century, simultaneously providing a parsimonious theoretical map of the entire century's experience with democratic breakthroughs and breakdowns, while also remaining immersed in rich historical detail. . . . Gunitsky has given us a powerful lens to understand not only the past but the present as well."—Daniel Ziblatt, Perspectives on Politics