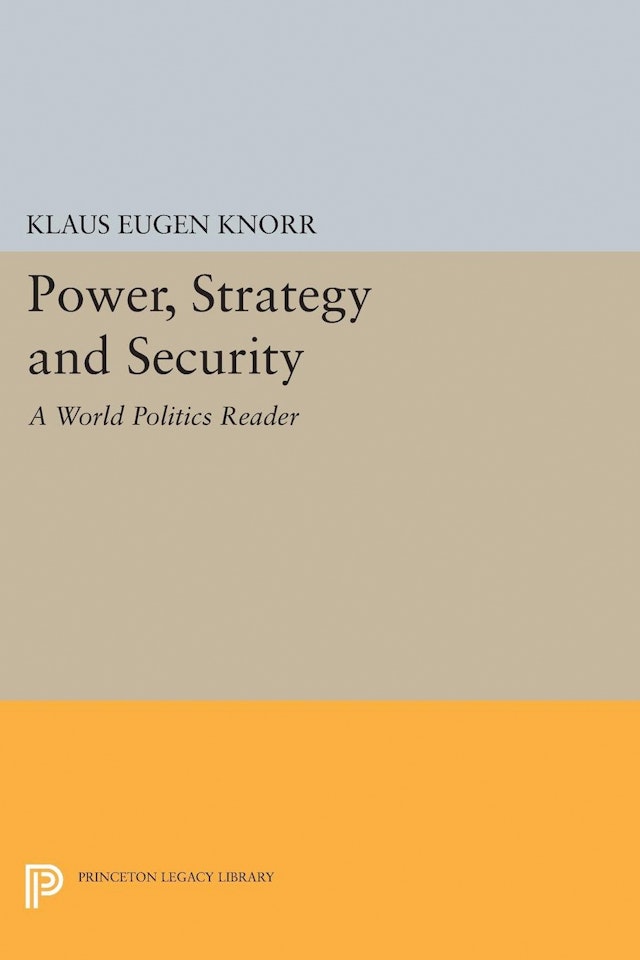 This is the first in a projected series of volumes of essays selected from World Politics, a journal of international relations sponsored by the Center of International Studies at Princeton University. The articles touch on several related subjects: the nature of national power and power balances and their perception; strategic studies; strategic surprise; the utility of military force; and national security decision making.