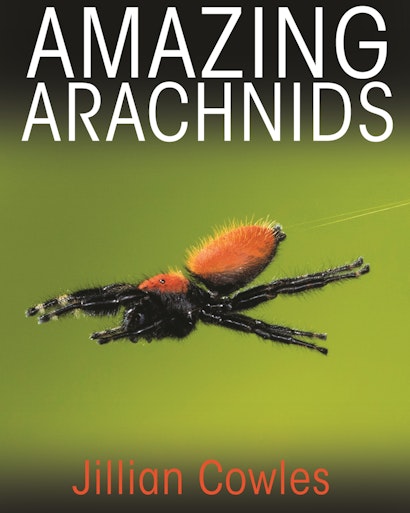 The American Southwest is home to an extraordinary diversity of arachnids, from spitting spiders that squirt silk over their prey to scorpions that court one another with kissing and dancing. Amazing Arachnids presents these enigmatic creatures as you have never seen them before. Featuring a wealth of color photos of more than 300 different kinds of arachnids from eleven taxonomic orders — both rare and common species—this stunningly illustrated book reveals the secret lives of arachnids in breathtaking detail, including never-before-seen images of their underground behavior.

Amazing Arachnids covers all aspects of arachnid biology, such as anatomy, sociality, mimicry, camouflage, and venoms. You will meet bolas spiders that lure their victims with fake moth pheromones, fishing spiders that woo their mates with silk-wrapped gifts, chivalrous cellar spiders, tiny mites, and massive tarantulas, as well as many others. Along the way, you will learn why arachnids are living fossils in some respects and nimble opportunists in others, and how natural selection has perfected their sensory structures, defense mechanisms, reproductive strategies, and hunting methods.

Jillian Cowles is a clinical microbiologist, naturalist, and photographer. Her photographs have appeared in numerous books and publications, including The Bees in Your Backyard and Bugs Rule! (both Princeton), as well as museum displays, art exhibits, and murals. 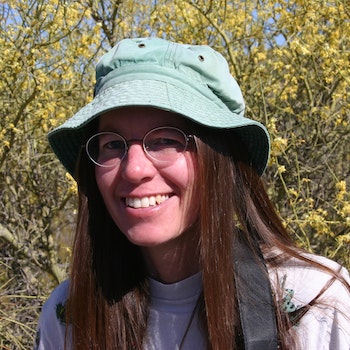 "This book is in line to win the Greg Laden’s Blog Science Book of the Year. It looks like a high quality, almost coffee table like, book on the arachnids, things like mites and spiders and such. But that is only what it appears to be on the surface. Just below the surface, it is a compendium of evolutionary amazingness, a detailed description of the photogenic history, behavioral biology, and co-evolution of plants and animals, with almost all the protagonists in the numerous loosely connected stories being one sort or another of amazing arachnid."—Greg Laden, Greg Laden's Blog

"If you are as fond of or fascinated by all things eight legged as Cowles, then Amazing Arachnids is the book for you."—Roberta Gibson, Wild About Ants

"I’m not an arachnid specialist, but I found her treatment of even the most obscure arachnid subgroups to be original, readable, and richly detailed."—Stephen A. Marshall, Canadian Field-Naturalist

"This engaging book is beautifully written and illustrated, and should appeal to anyone interested in natural history. I enjoyed reading Amazing Arachnids."—Paula Cushing, Denver Museum of Nature and Science

"Cowles has assembled a fascinating collection of phenomena pertaining to arachnids and presented it with a narrative that is simply a joy to read."—W. David Sissom, West Texas A&M University