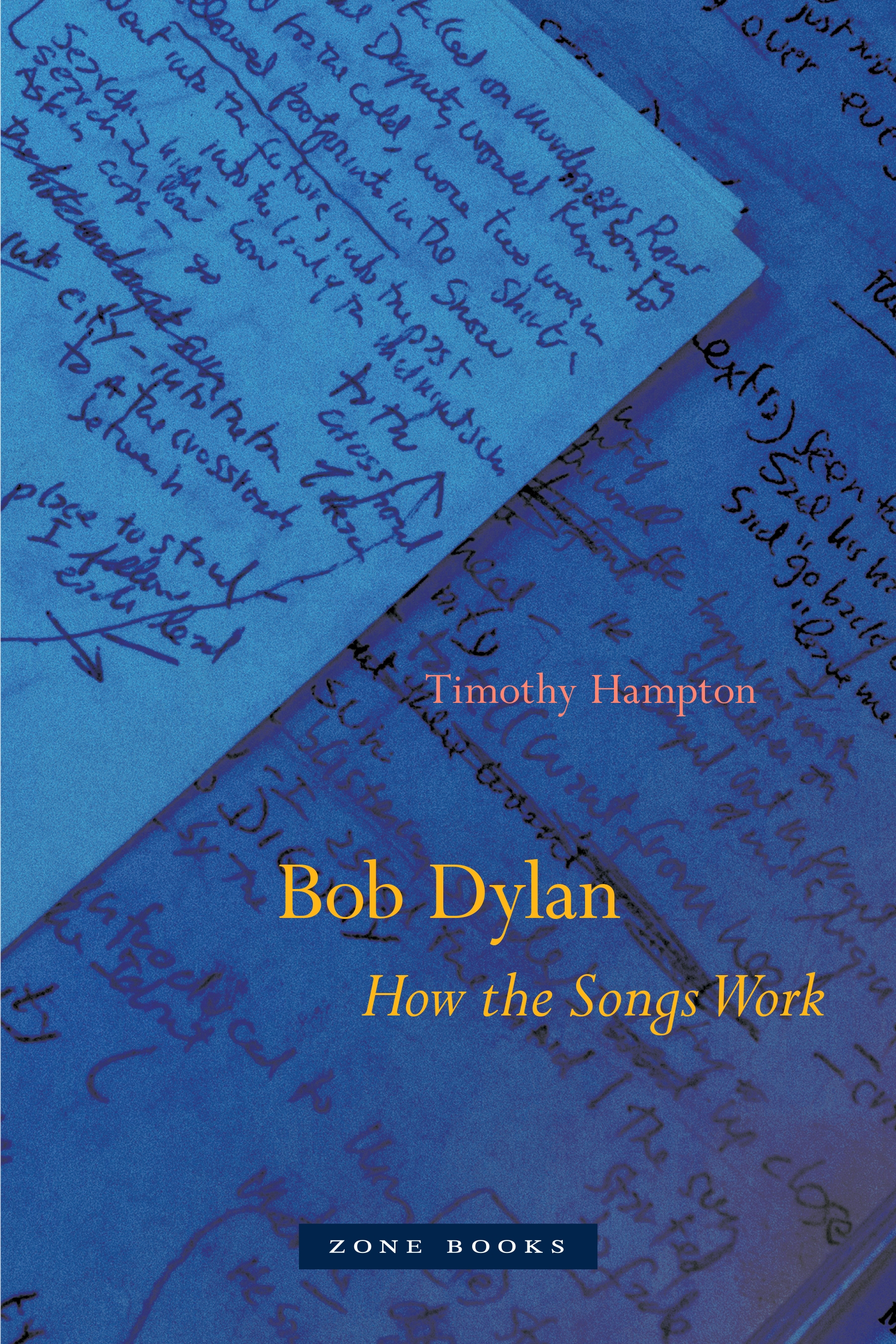 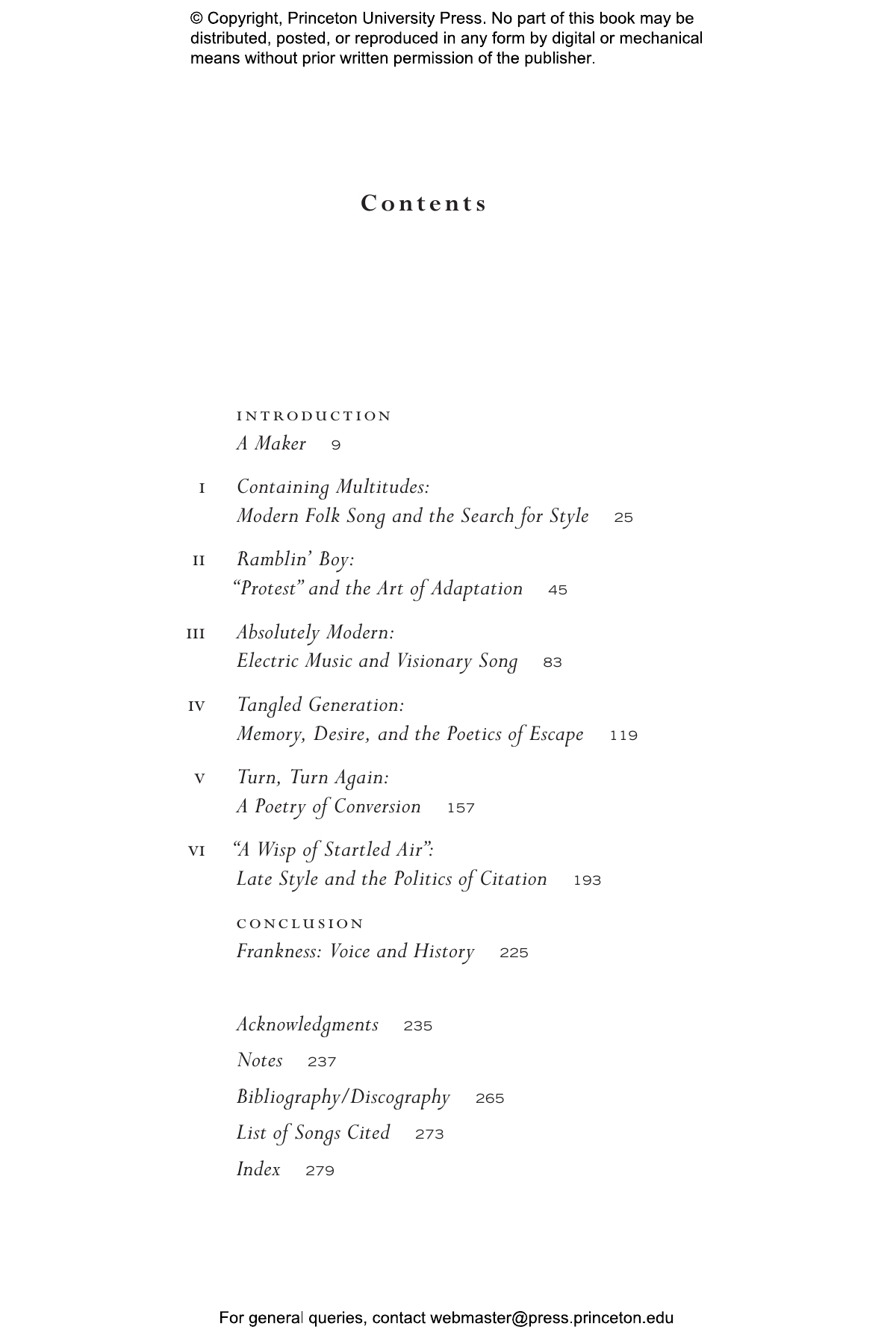 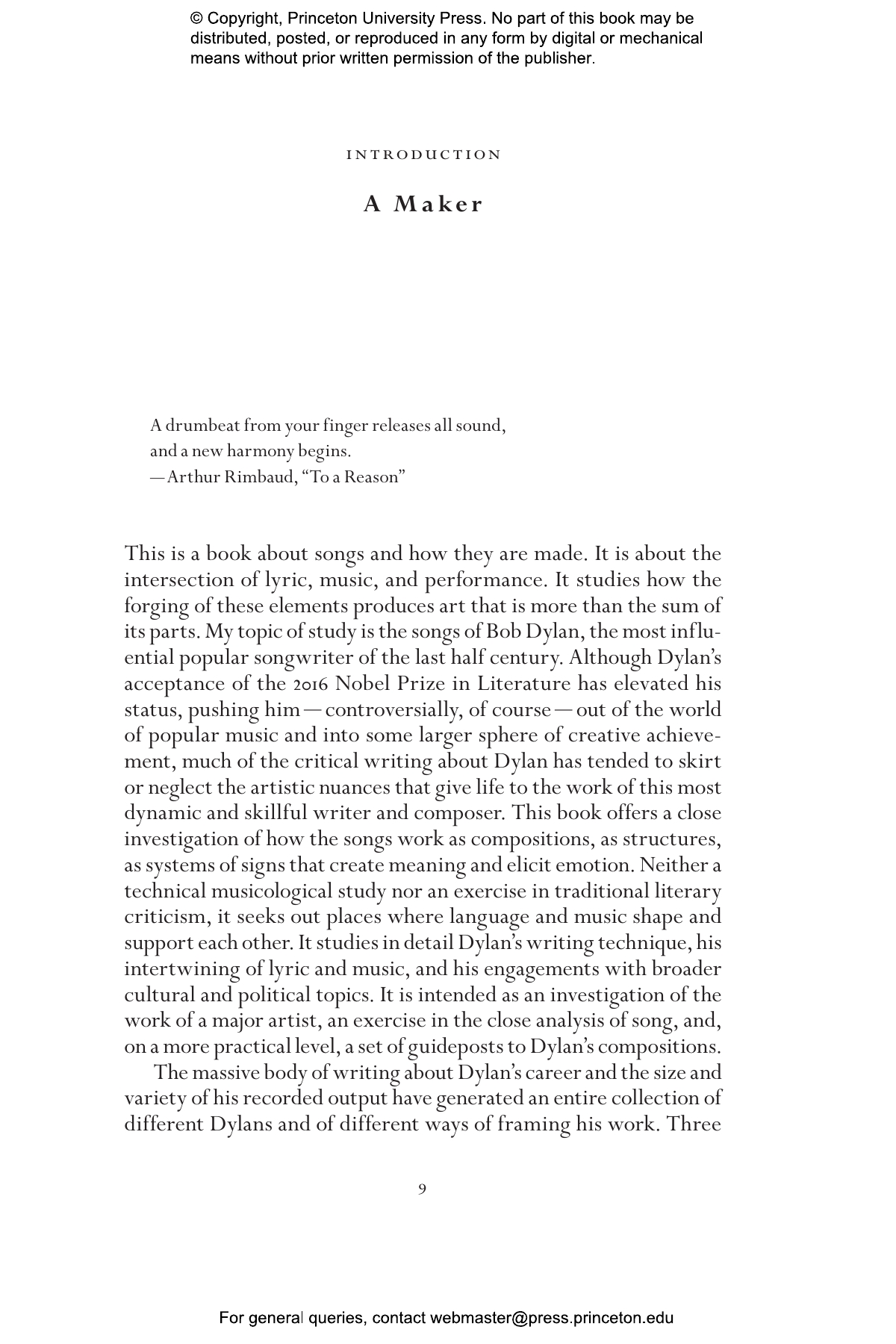 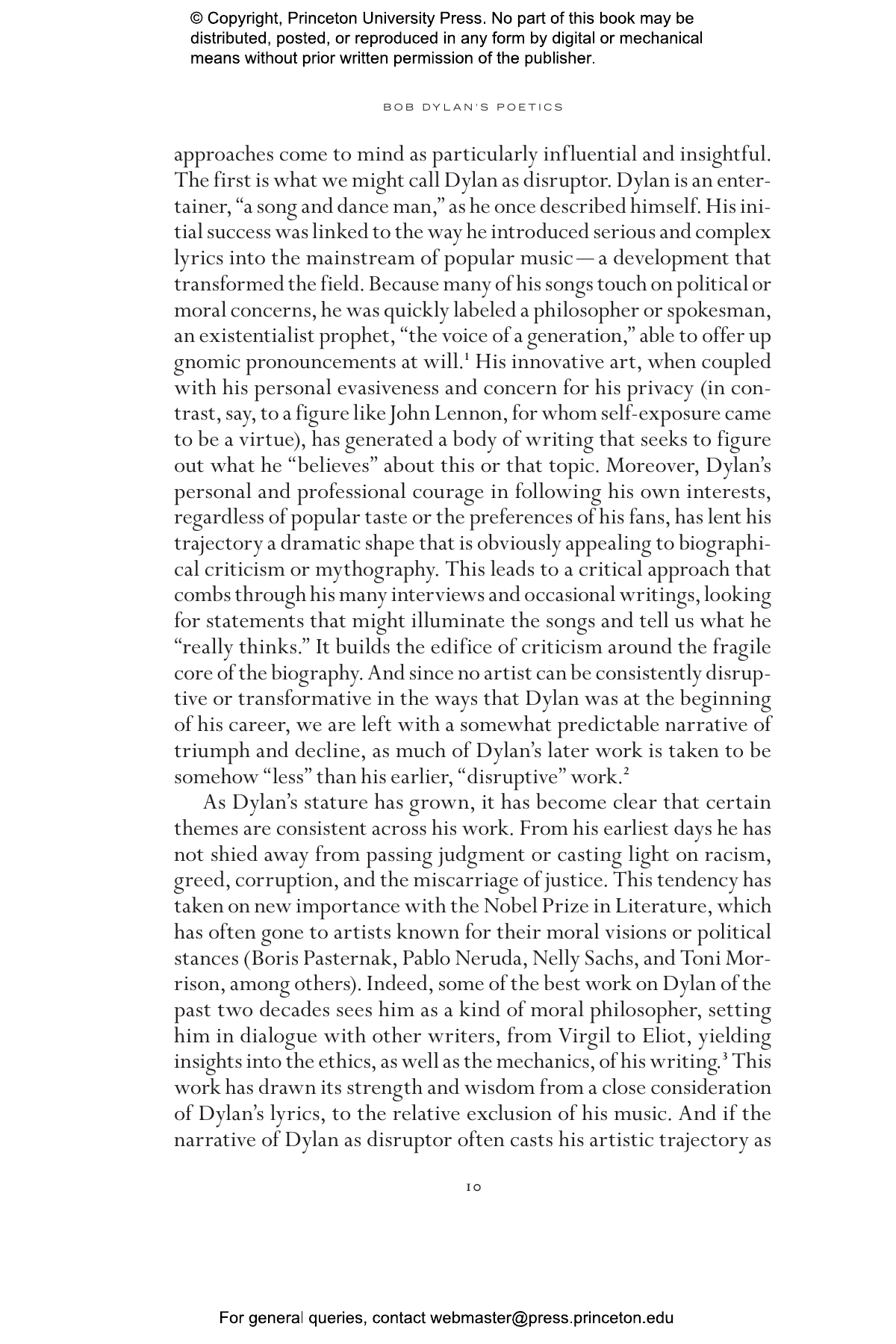 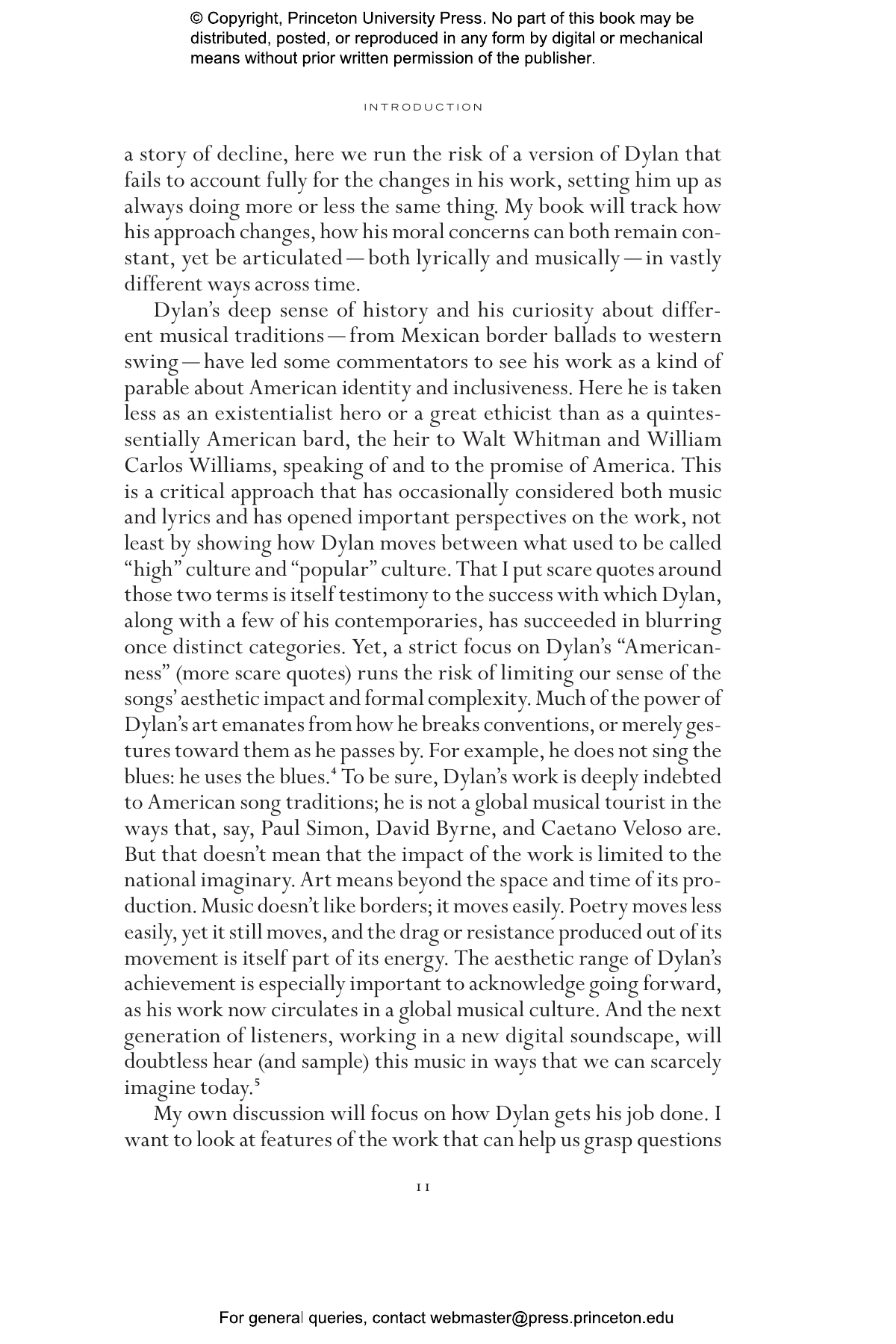 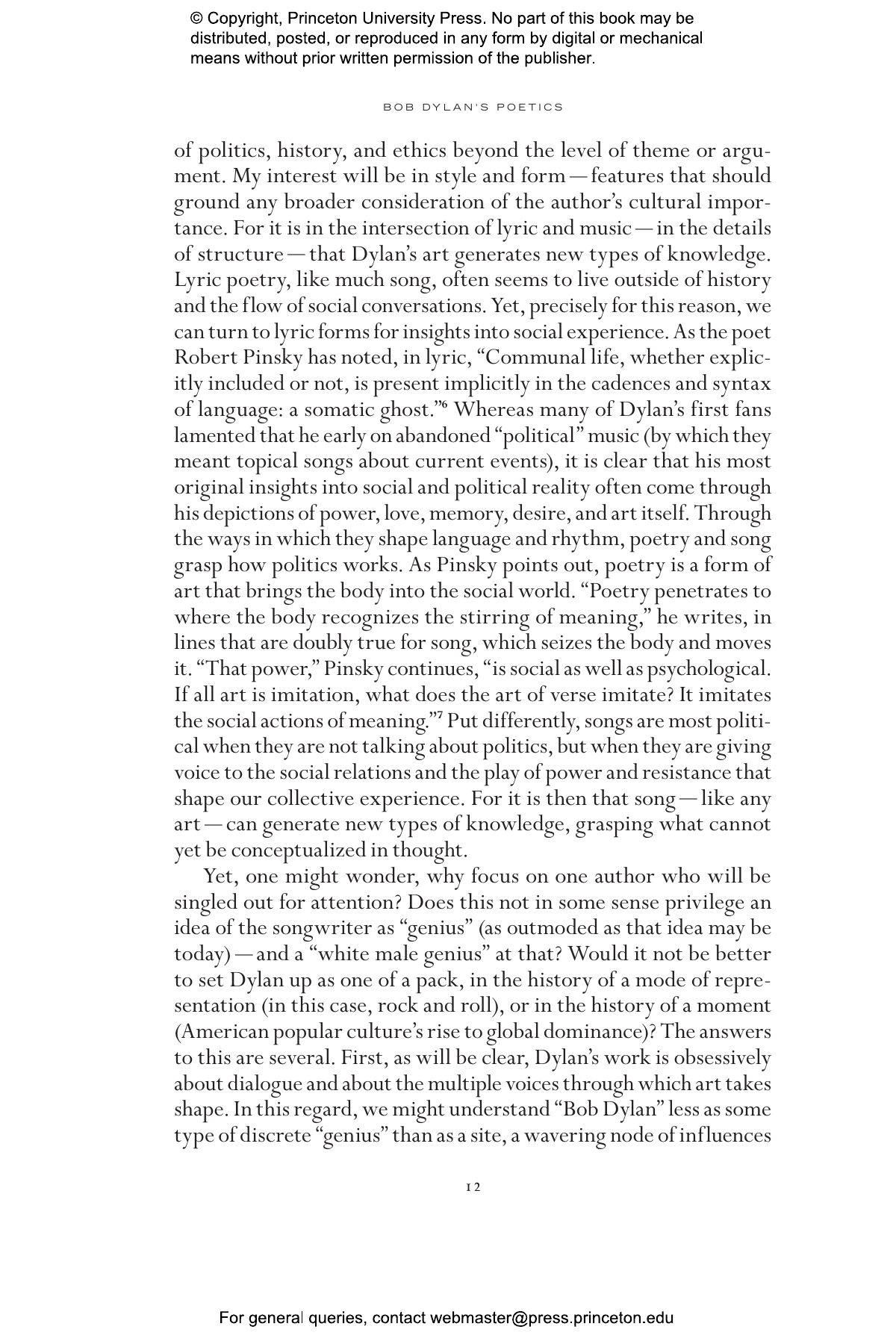 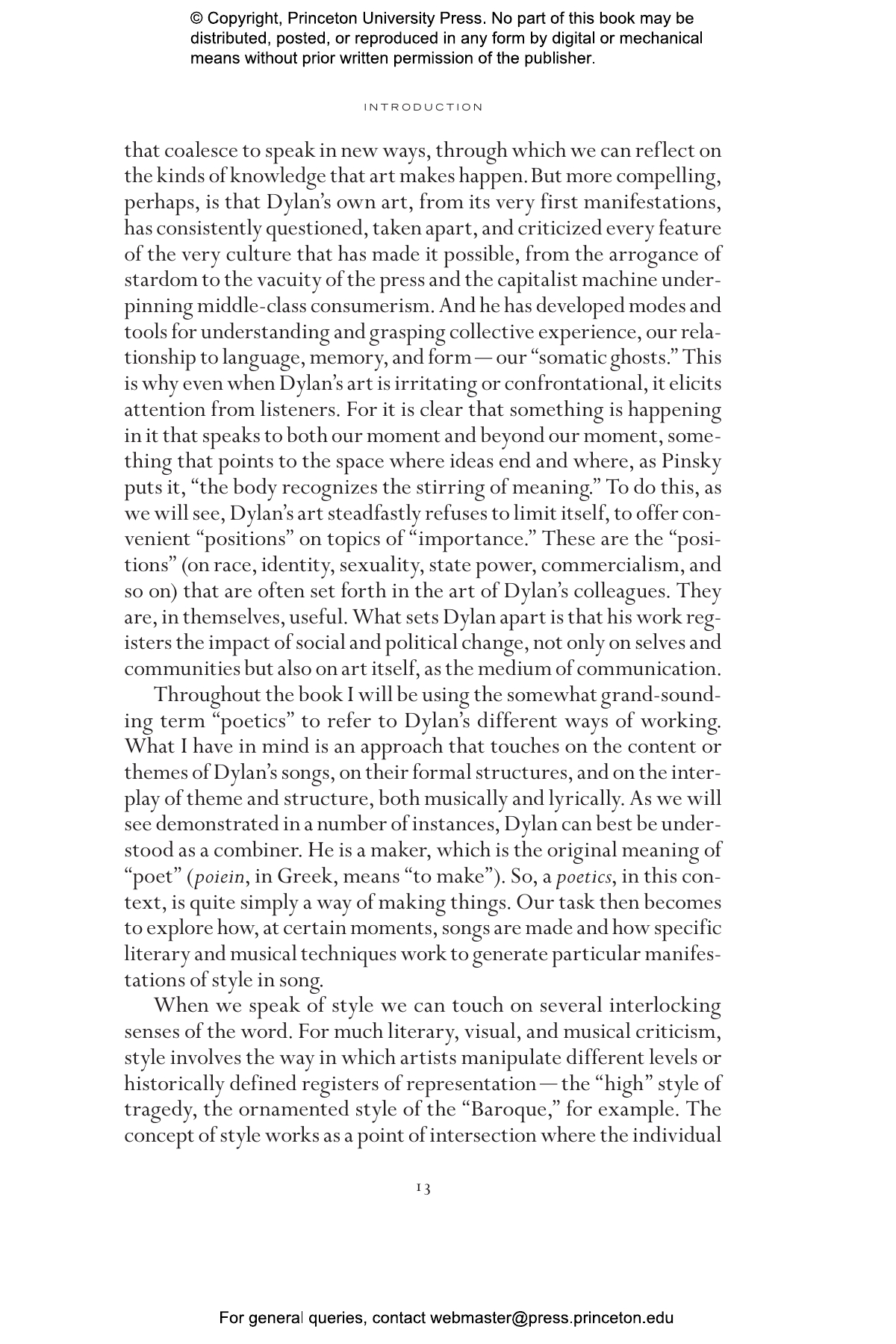 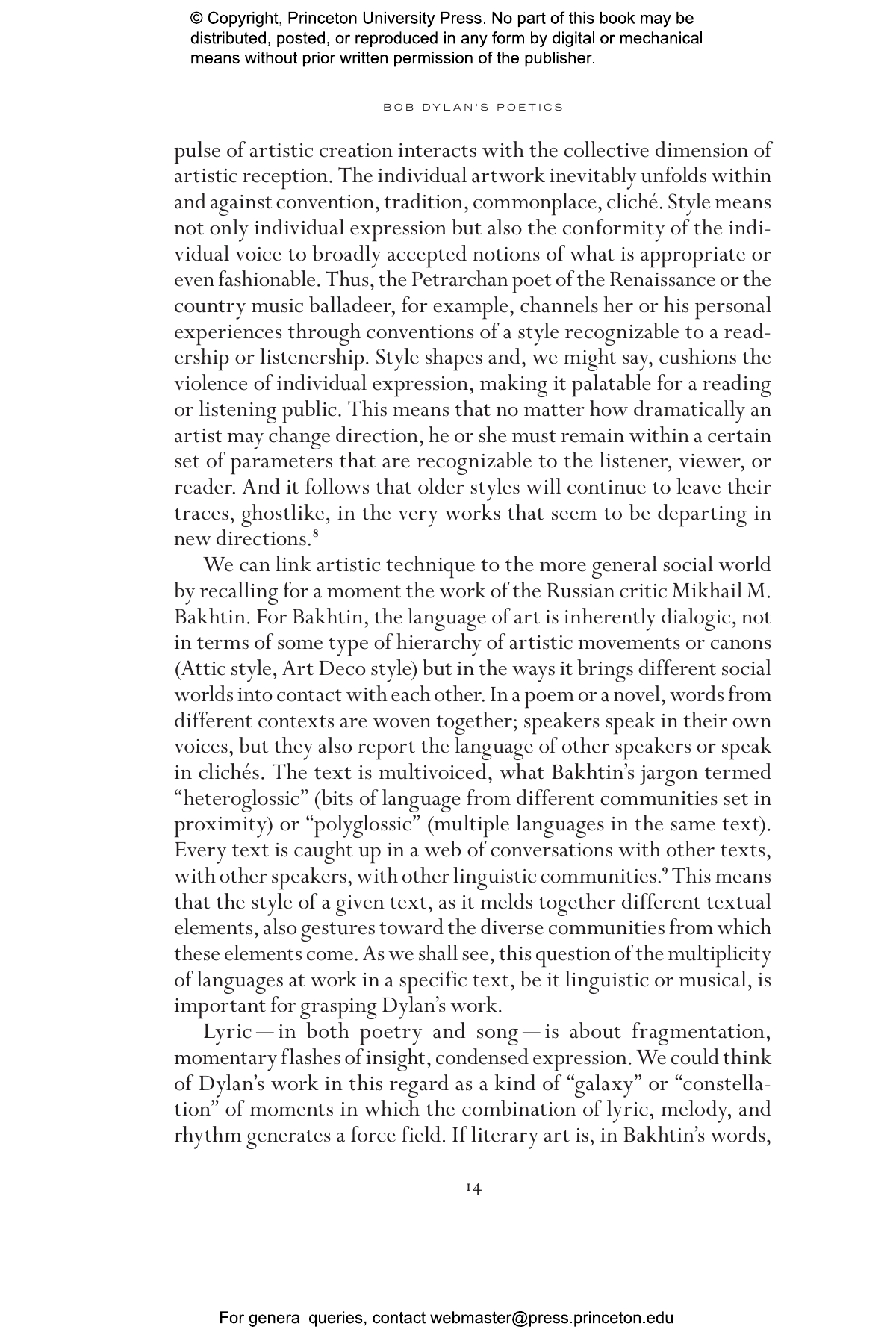 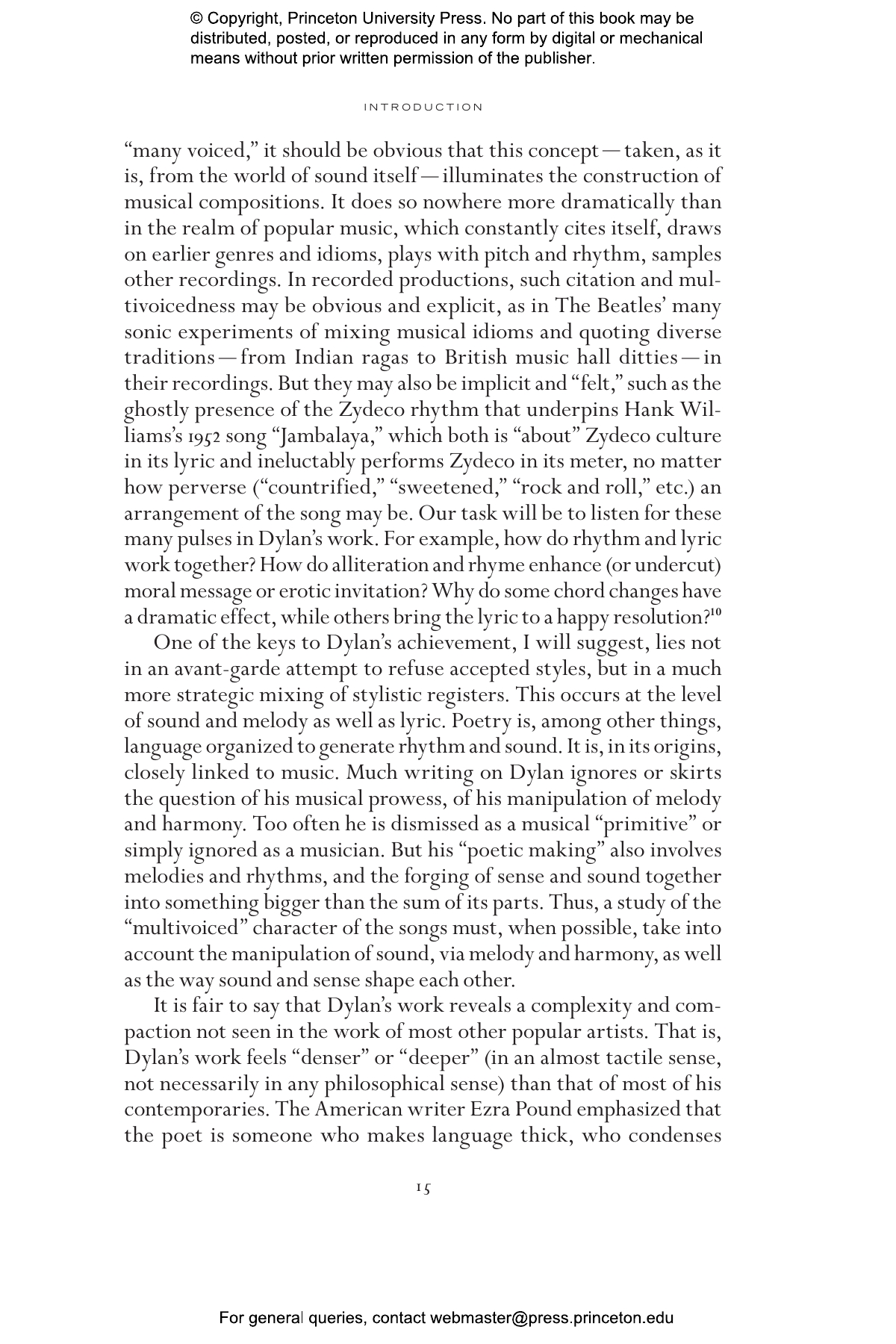 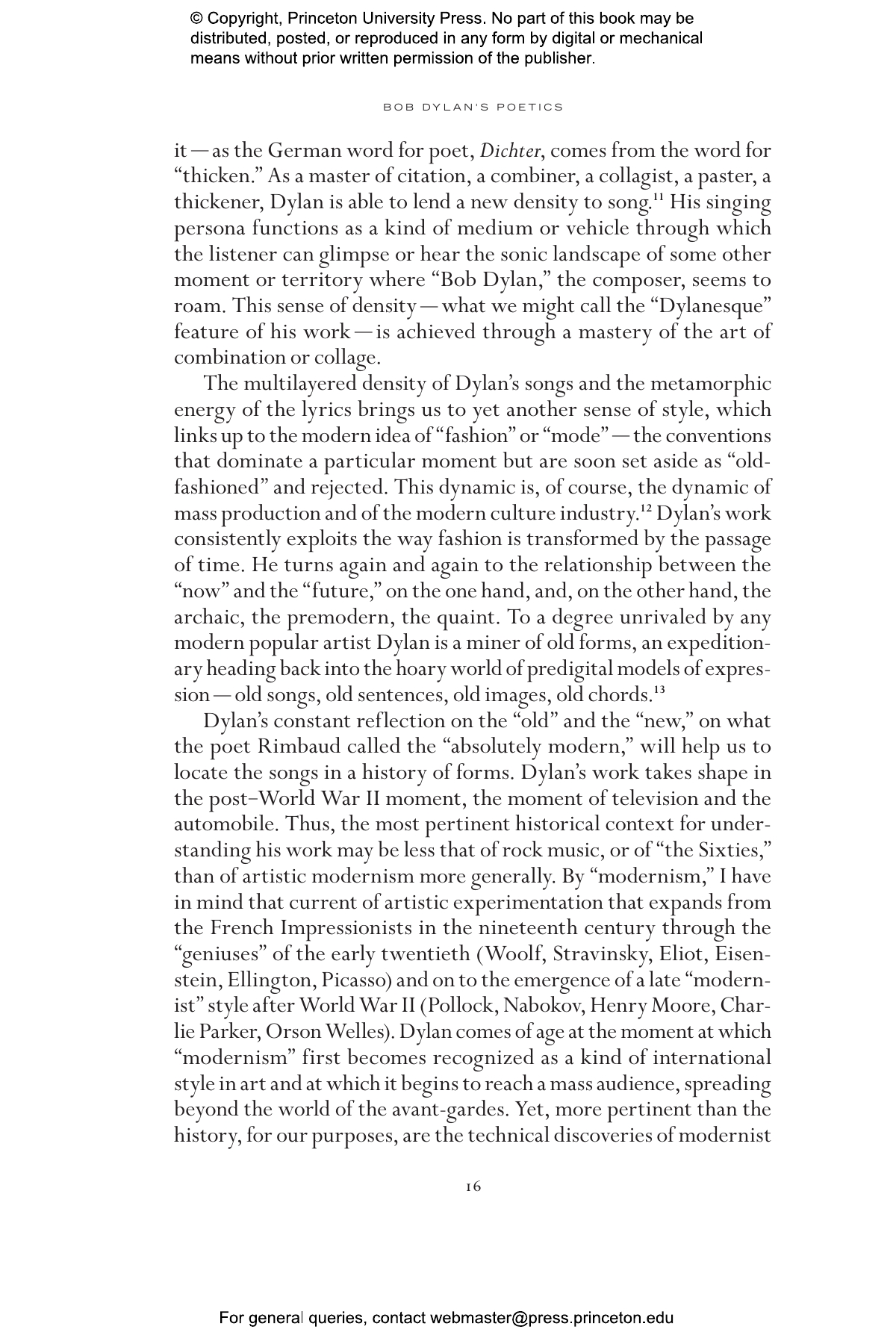 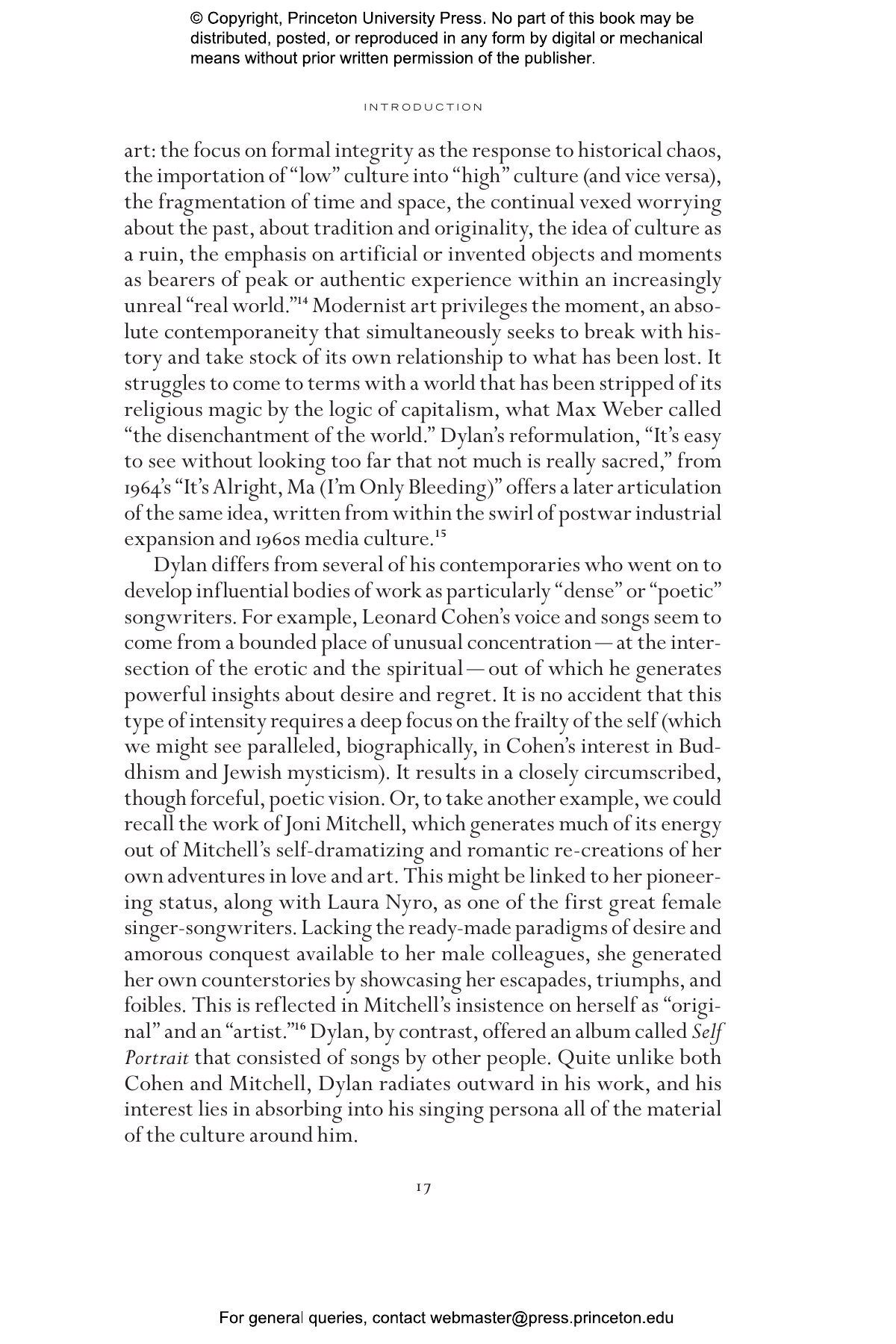 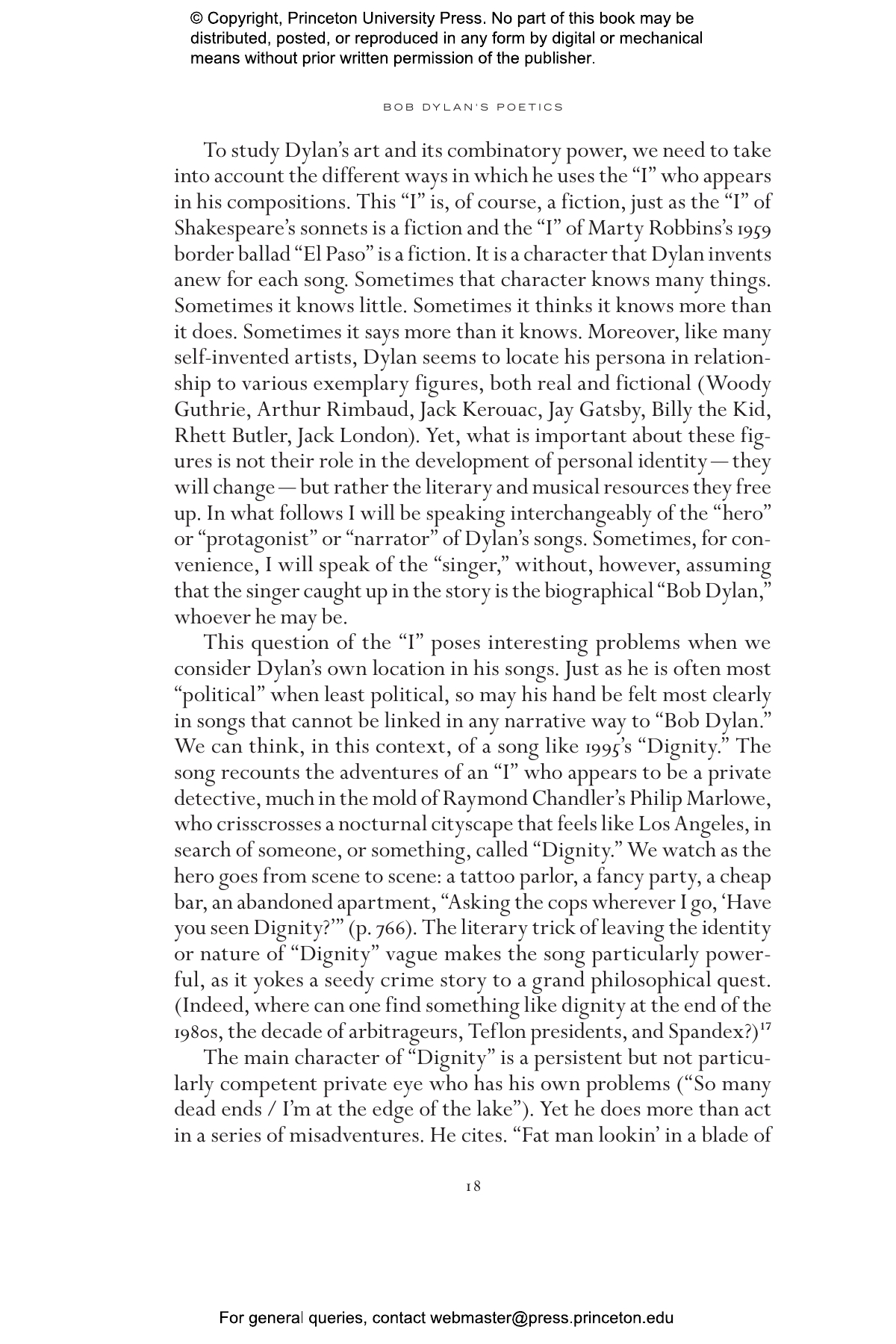 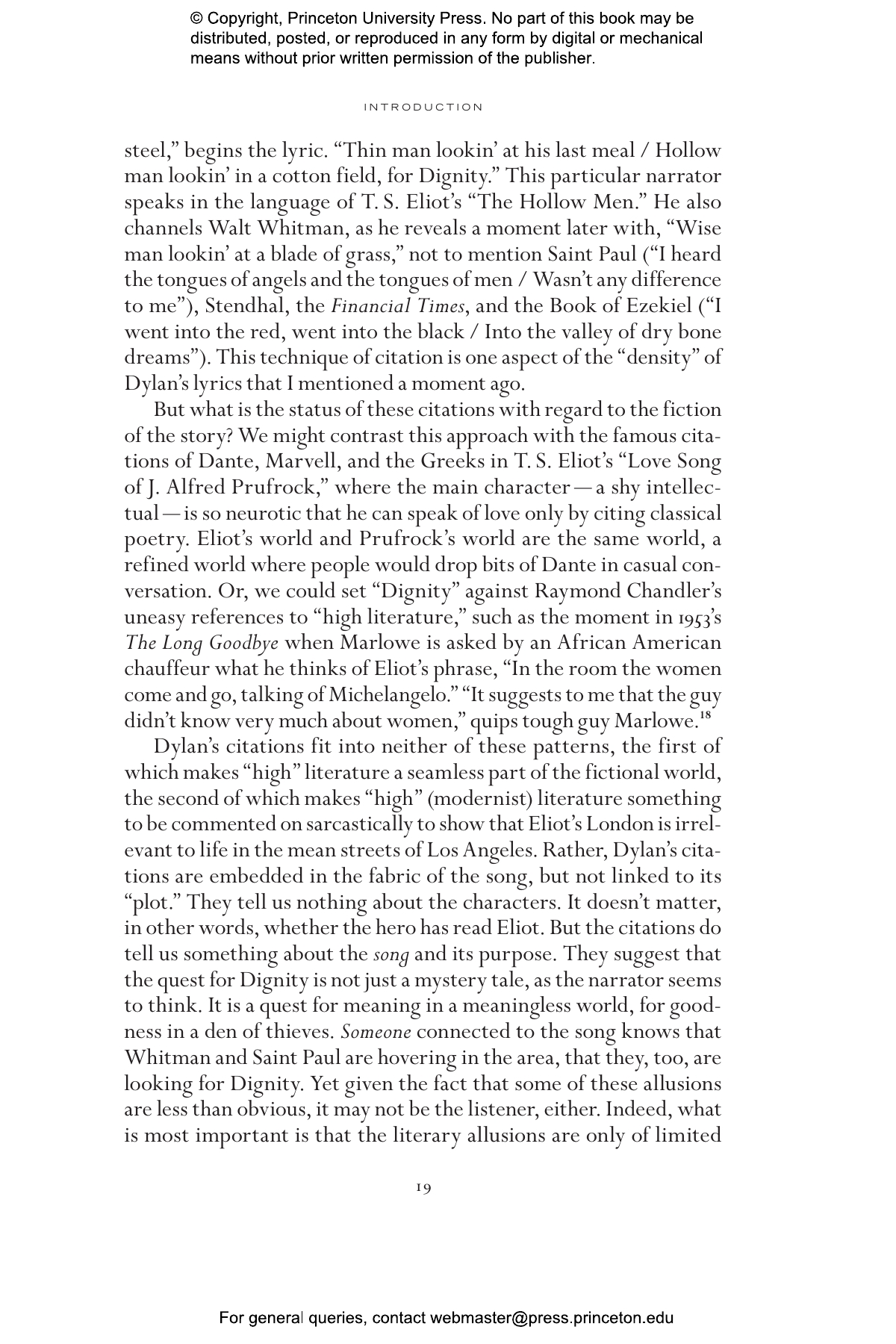 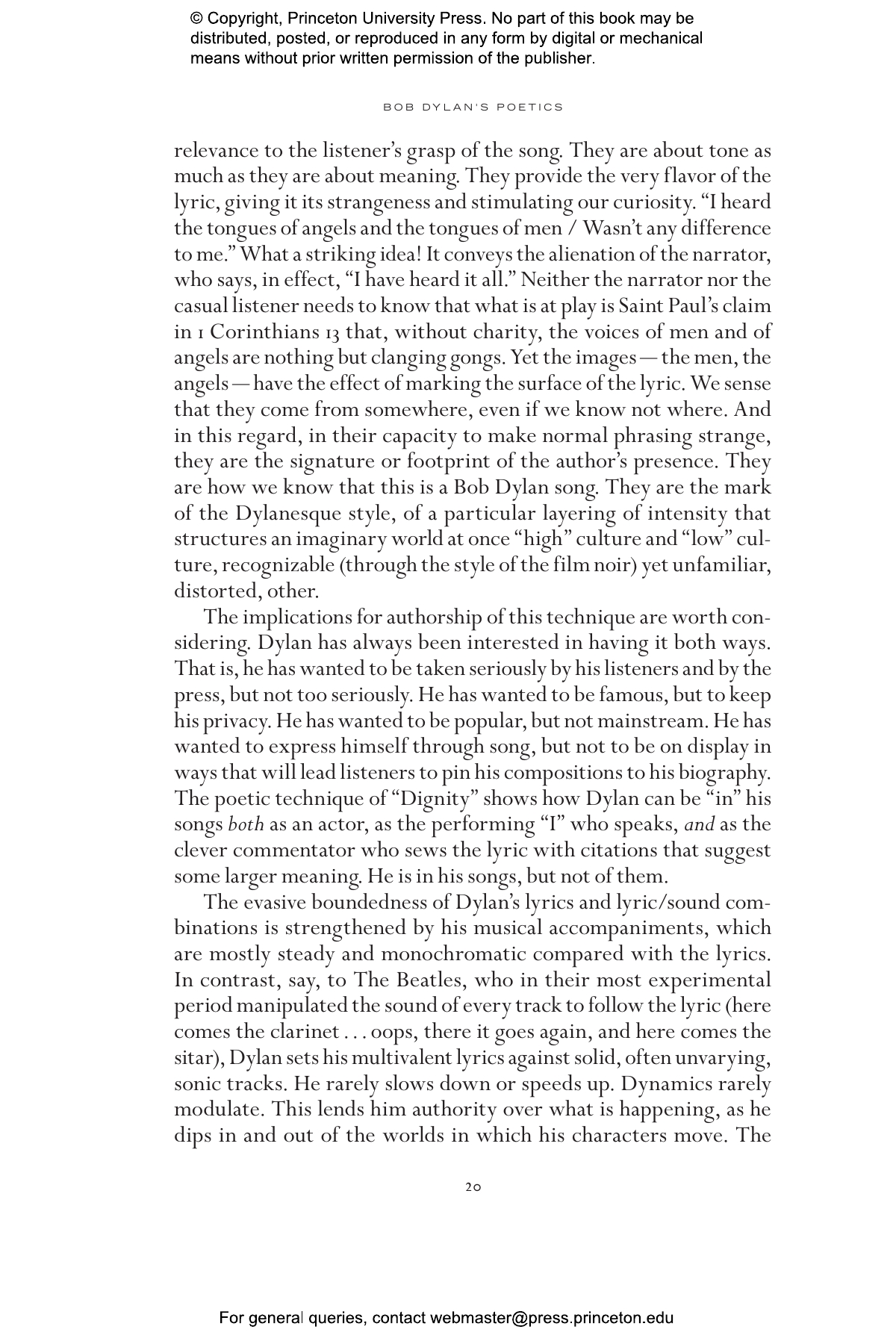 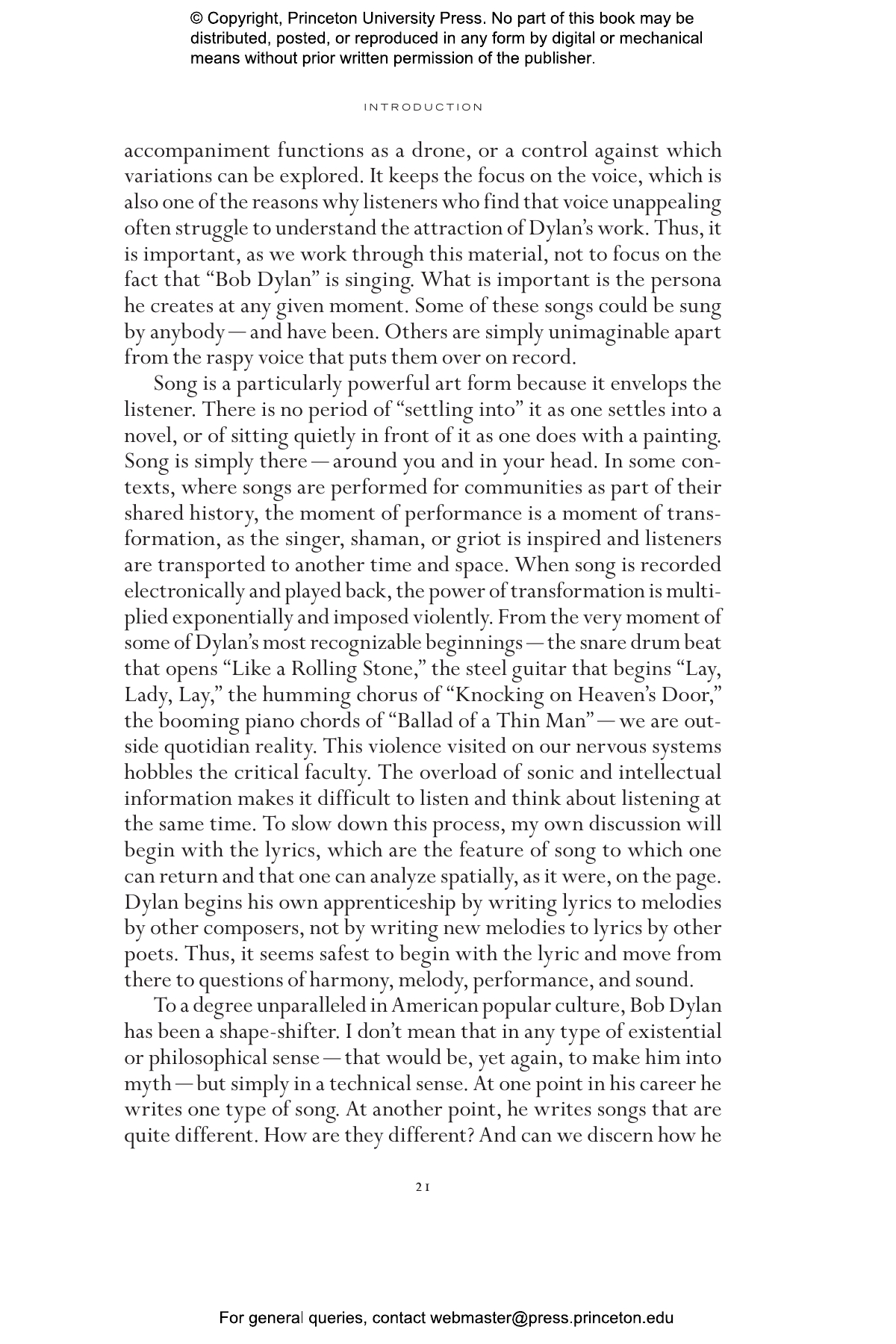 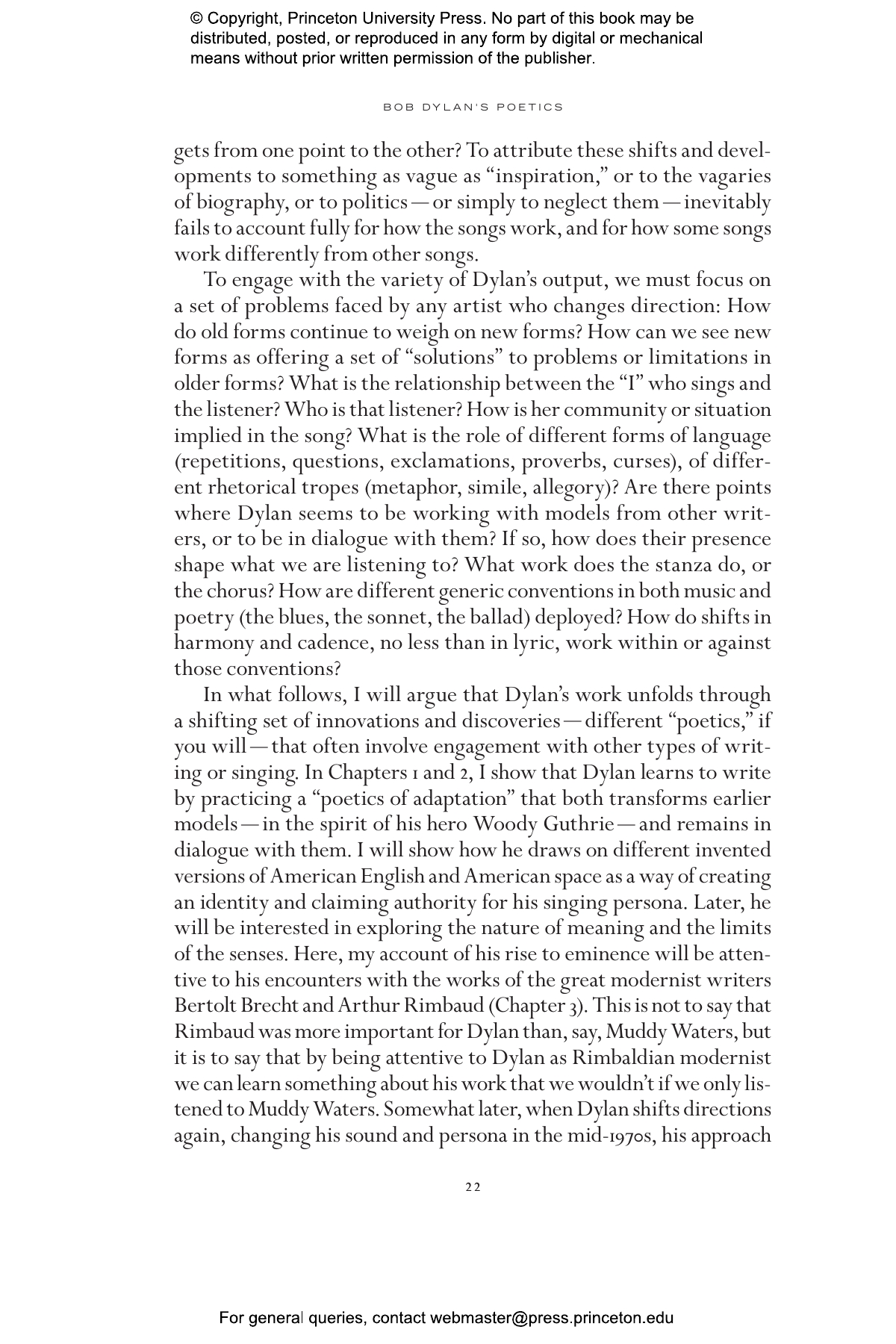 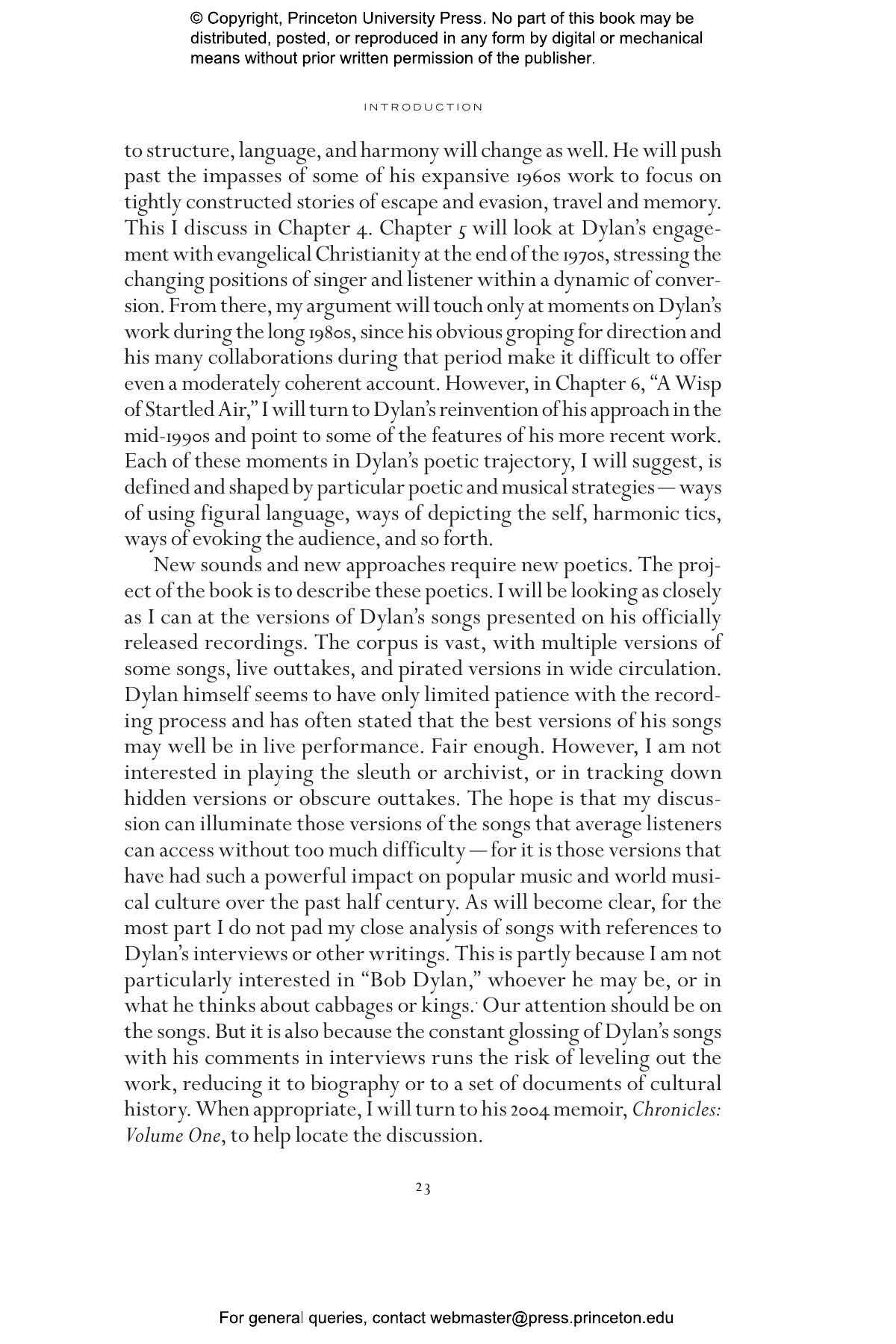 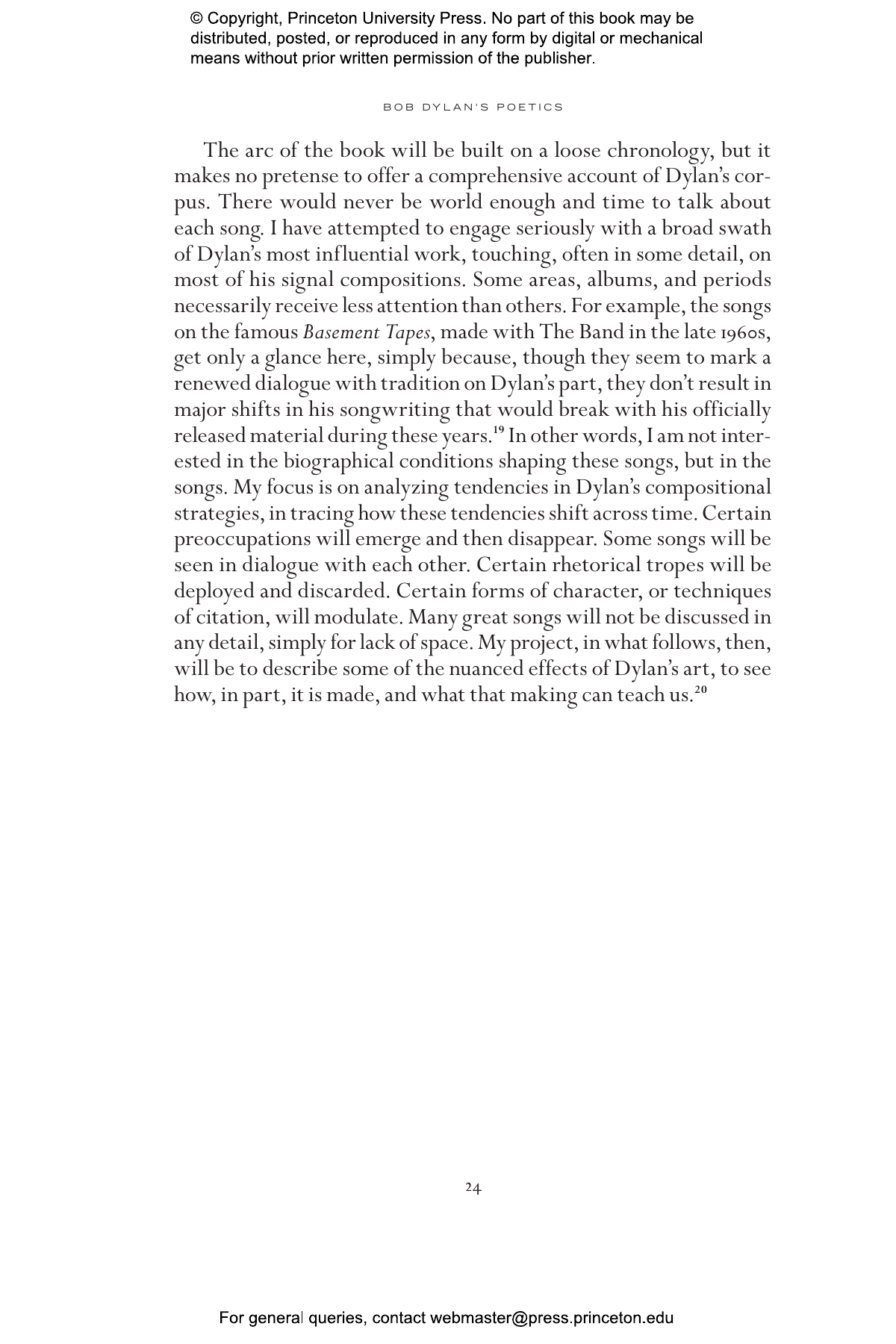 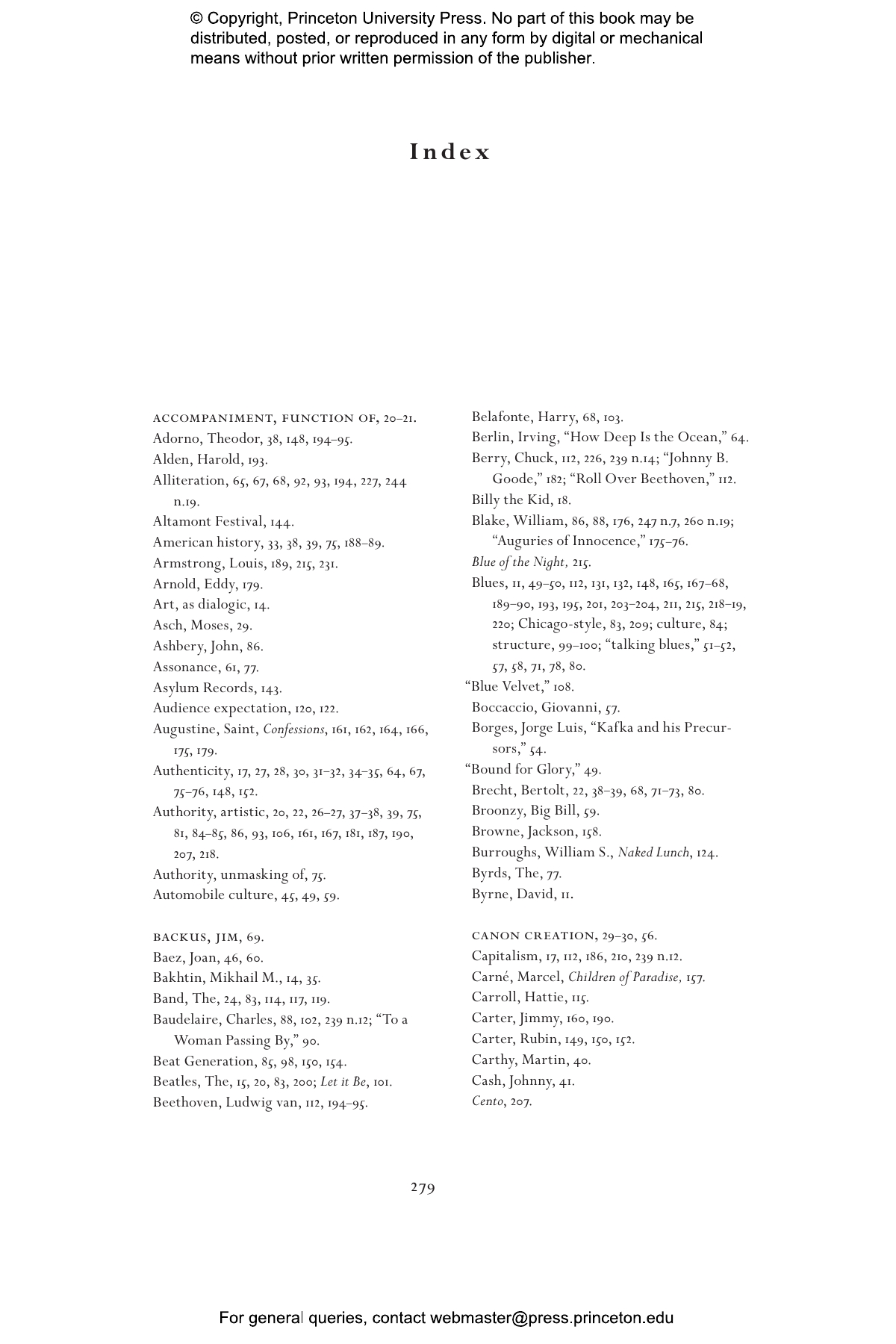 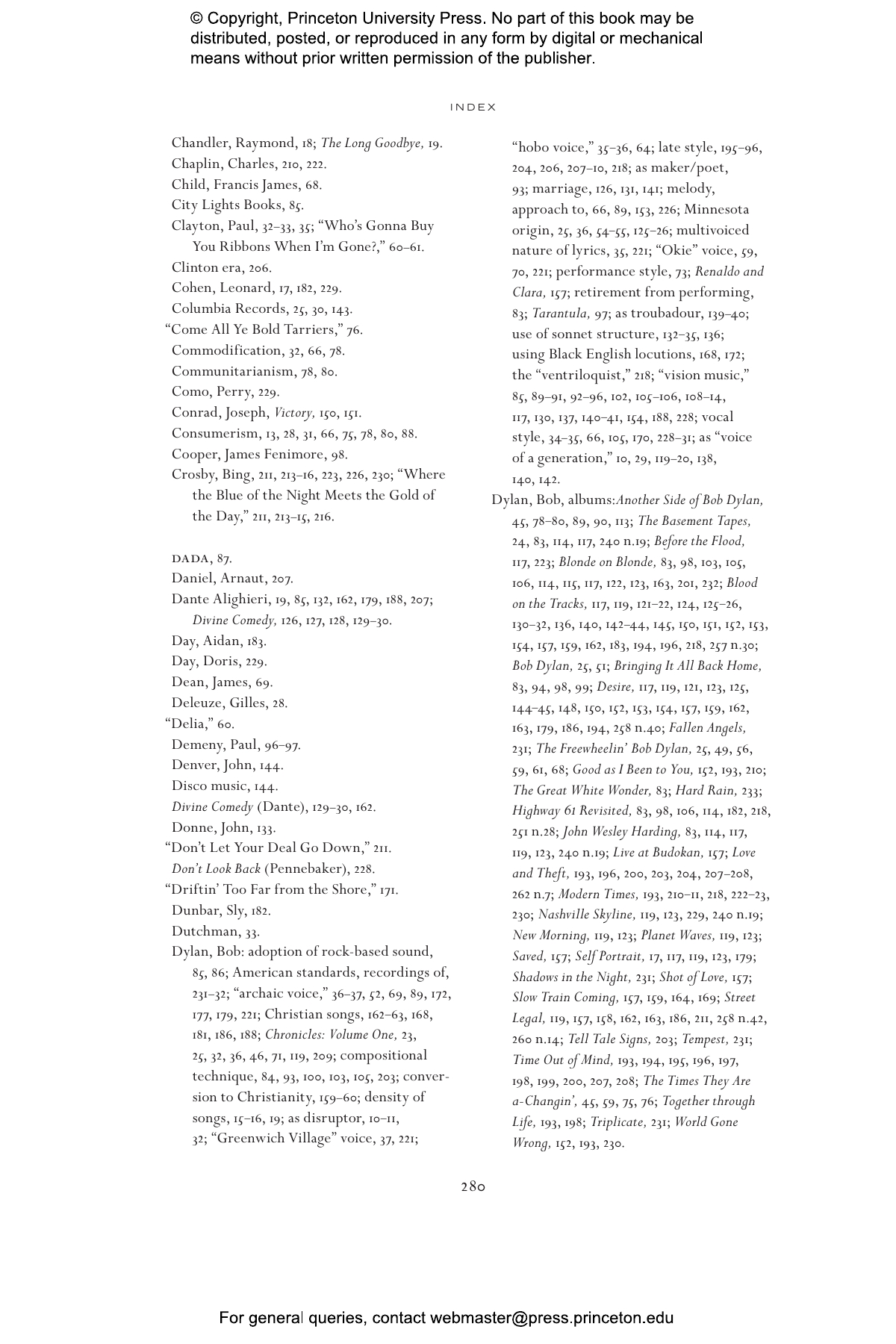 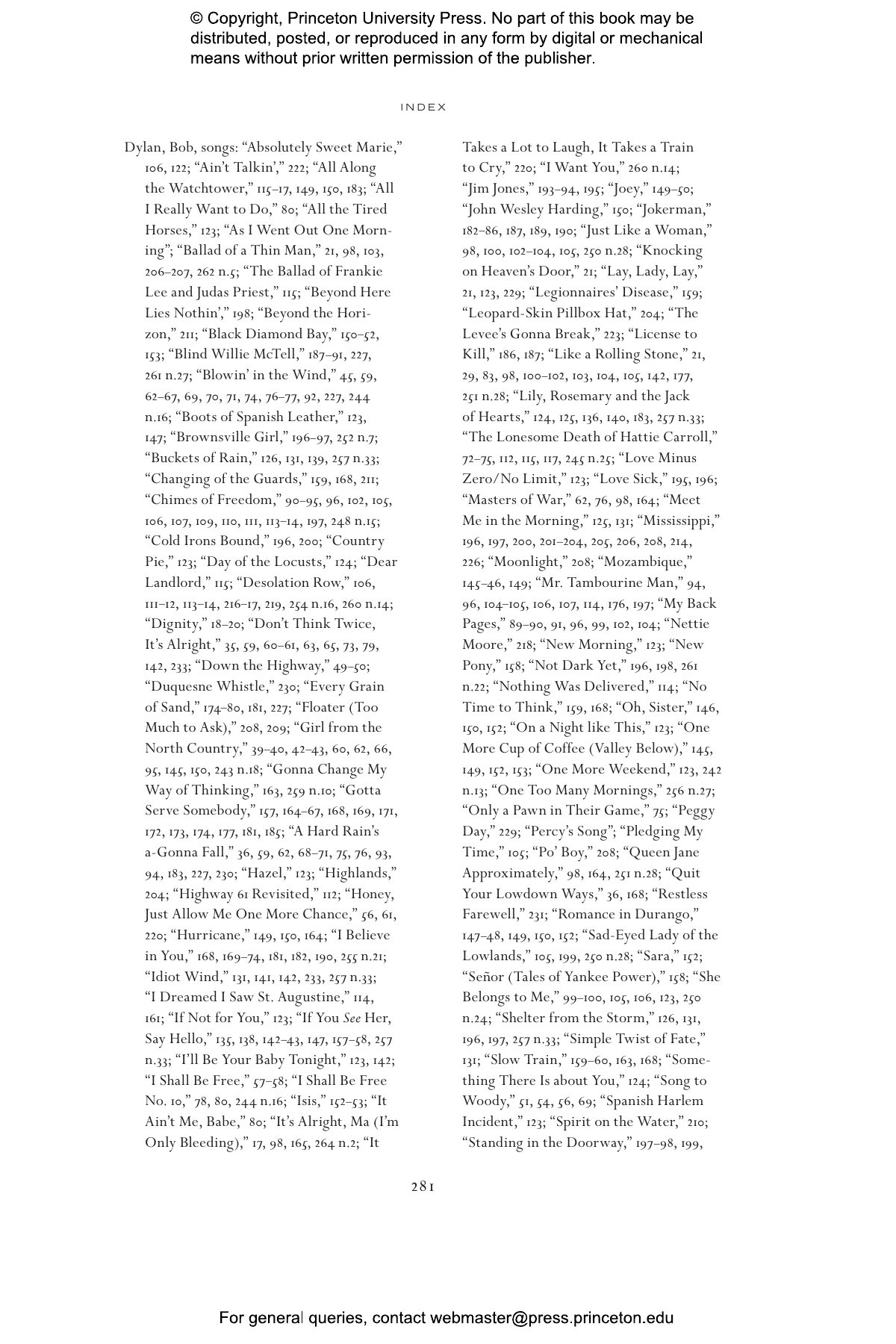 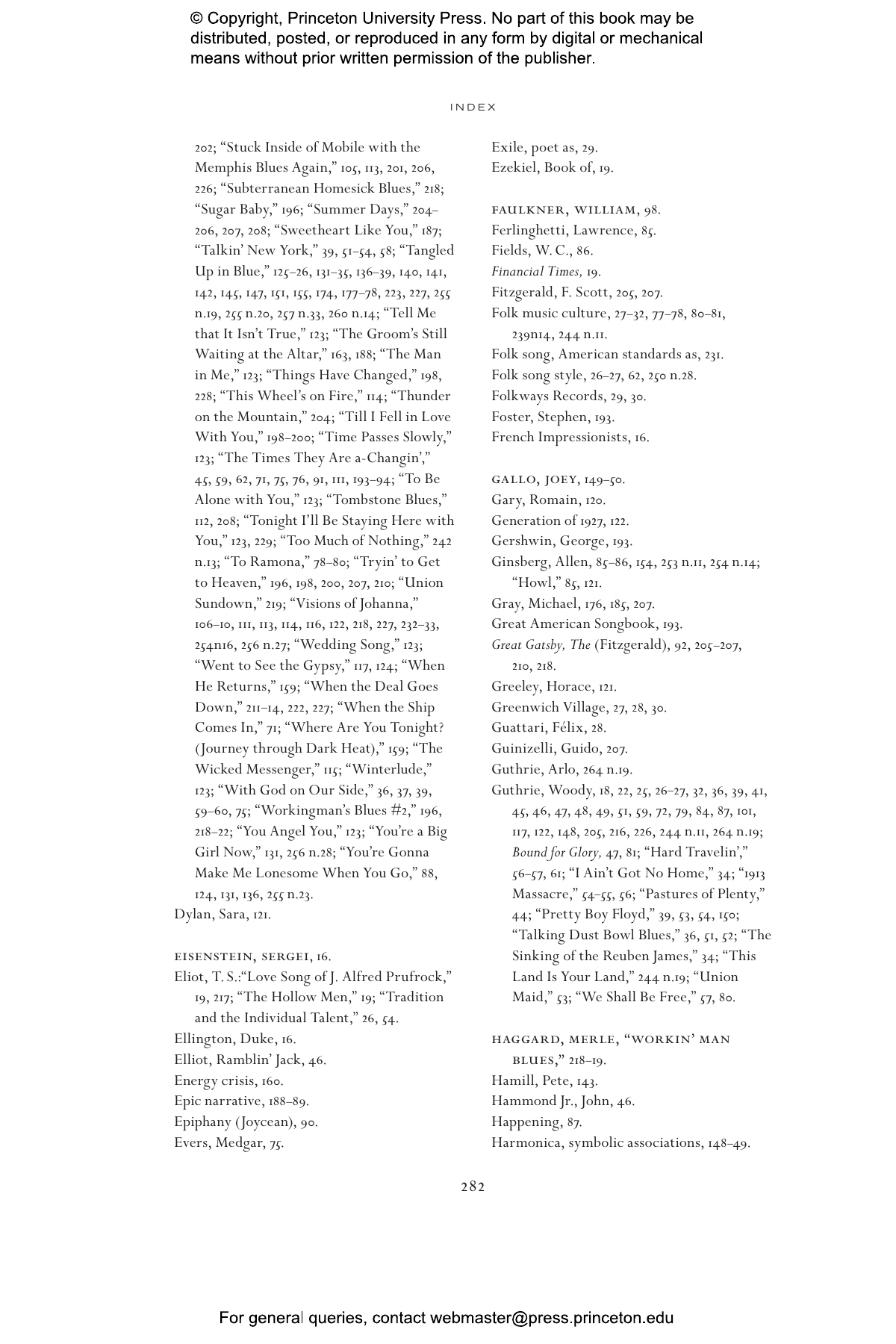 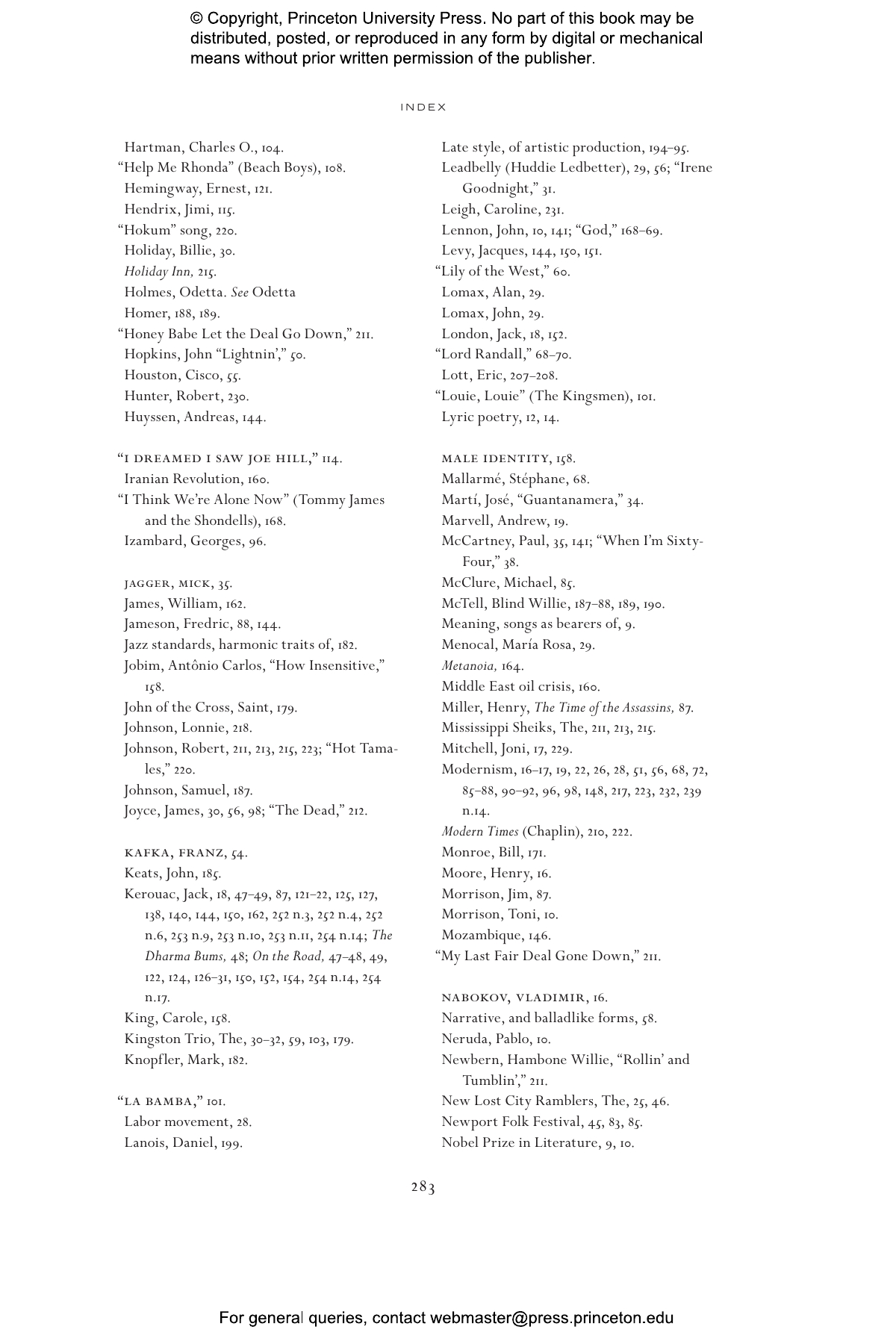 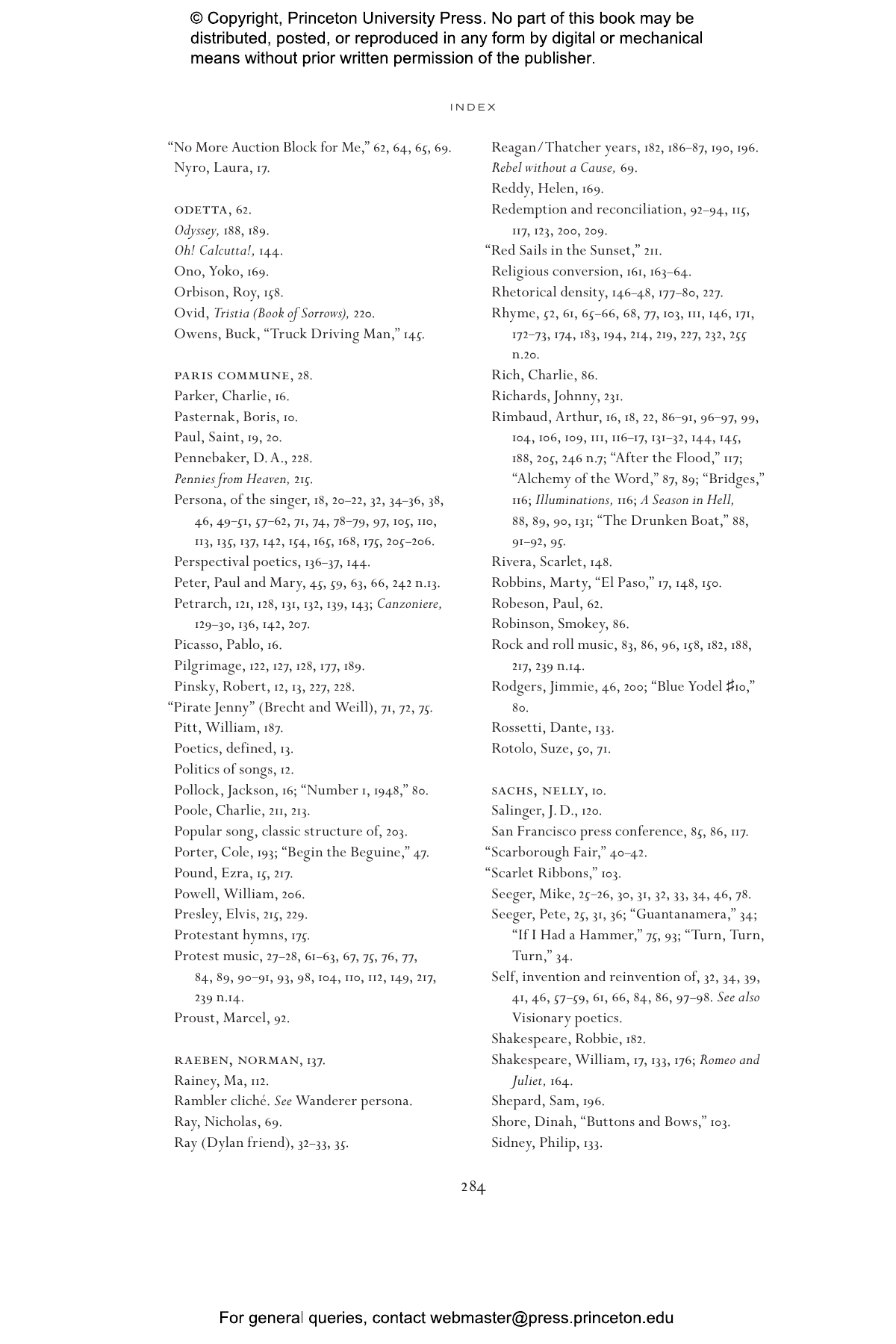 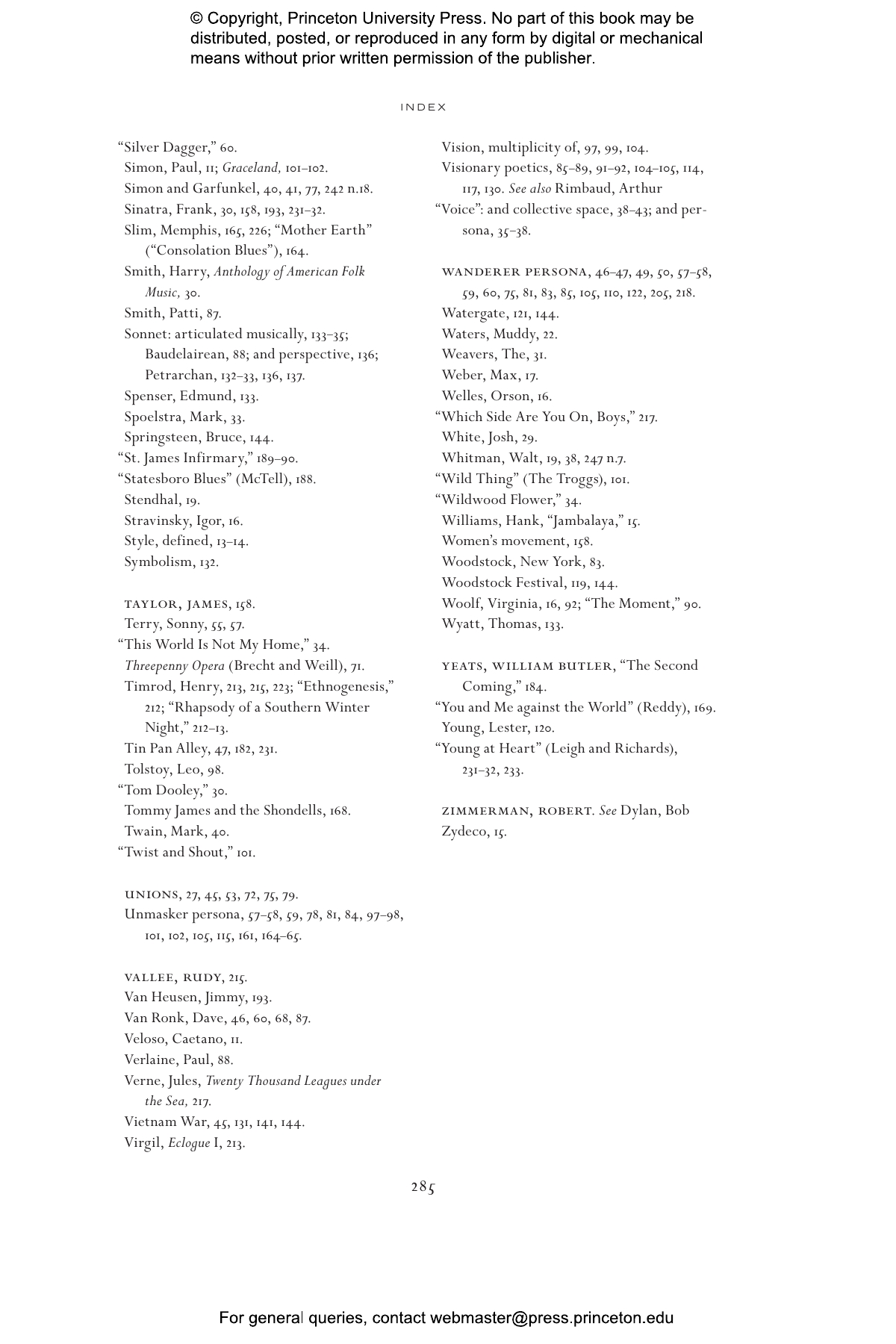 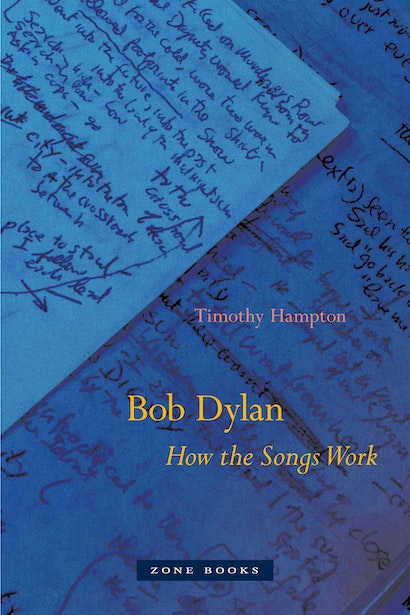 Bob Dylan’s reception of the 2016 Nobel Prize for Literature has elevated him beyond the world of popular music, establishing him as a major modern artist. However, until now, no study of his career has focused on the details and nuances of the songs, showing how they work as artistic statements designed to create meaning and elicit emotion. Bob Dylan: How the Songs Work (originally published as Bob Dylan’s Poetics) is the first comprehensive book on both the poetics and politics of Dylan’s compositions. It studies Dylan, not as a pop hero, but as an artist, as a maker of songs. Focusing on the interplay of music and lyric, it traces Dylan’s innovative use of musical form, his complex manipulation of poetic diction, and his dialogues with other artists, from Woody Guthrie to Arthur Rimbaud. Moving from Dylan’s earliest experiments with the blues, through his mastery of rock and country, up to his densely allusive recent recordings, Timothy Hampton offers a detailed account of Dylan’s achievement. Locating Dylan in the long history of artistic modernism, the book studies the relationship between form, genre, and the political and social themes that crisscross Dylan’s work. Bob Dylan: How the Songs Work offers both a nuanced engagement with the work of a major artist and a meditation on the contribution of song at times of political and social change.

"With a style that turns analysis into a form of suspense, Hampton can walk you through “Visions of Johanna” or “Summer Days” the way the art historian T. J. Clark can walk you through Manet's Olympia. There's the same generosity of spirit, the same love for the work and the social meanings it absorbs, transforms and sends back."—Greil Marcus, Rolling Stone

"Indispensable.... Setting some gold standard for what Dylan-based works can do, Bob Dylan's Poetics goes chord by chord and line by line, showing 'how the songs work' in form and are changed through performance."—Robert Sean Wilson, Los Angeles Review of Books

"The best account thus far of Dylan's poetics: how—by what concrete means—Dylan's songs come to signify, and how remarkably they do. Hampton makes the crucial distinction that Dylan's real medium is song, not just the written word and not just poetry."—Spectrum Culture

"One of the more thought-provoking books on Dylan's songwriting. The casual fan and the Dylan obsessive will both be surprised by some of Hampton's insights.... A stimulating and wide-ranging study."—Stride Magazine

"As much fun as I've had with a book this year. You needn't be a scholar to appreciate Hampton's clear-eyed analysis of how Bob Dylan does what he does and why it's different from what a lot of people think that he does. Hampton considers a large swath of Dylan's catalog, providing thrilling (yes, thrilling) readings on a number of songs, from ‘Talkin' New York’ (the first Dylan song officially released on vinyl) to his 2016 Frank Sinatra covers."—Arkansas Democrat-Gazette

"A remarkable book, and more than worthwhile to those interested in song, lyricism, literature and creative invention."—Chicago Life

“This is an essential Dylan book and unlike any other. Hampton left me with a deeper appreciation of Dylan’s uniqueness as both songwriter and singer; his methods, his lyrical and poetic brilliance, his many voices.”—Dean Wareham, musician (Galaxie 500, Luna) and author of Black Postcards

“This is a truly powerful book written by one of the leading scholars of the history of poetry today. The writing is clear and intellectually most exciting: Dylan’s idiosyncratic genius is explained more compellingly than ever before. Hampton remains relevant, exciting, and persuasively accurate as he shows the genesis of the songs as musical and literary forms and assesses their originality. Bob Dylan: How the Songs Work will become a standard account, destined to appear in class lists under ‘required reading’; it contains the searching close readings of songs that will both enable future study and require contestation for an alternative account: the study sets a gold standard.” —Nigel Smith, William and Annie S. Paton Foundation Professor of Ancient and Modern Literature, Princeton University

"From classrooms to the Supreme Court to the street corner, nobody doesn't know Dylan songs. Yet there is surprisingly little writing that addresses exactly how the songs speak to us and weave themselves into the web of American language. Timothy Hampton's Bob Dylan: How the Songs Work is a rigorous model for how this kind of critical analysis can be done. Hampton's well-written book is the first one I would recommend to someone fascinated and mystified by Dylan's half a century of ranging among the things that songs can articulate."—Charles O. Hartman, Poet in Residence at Connecticut College

“With a style that turns analysis into a form of suspense, Timothy Hampton can walk you through ‘Visions of Johanna’ or ‘Summer Days’ the way the art historian T. J. Clark can walk you through Manet’s Olympia. There’s the same generosity of spirit, the same love for the work and the social meanings it absorbs, transforms, and sends back. You really do begin to get a sense of how the songs work—Bob Dylan's songs, but anyone's songs, too—how they are assembled or assemble themselves. And just when you think you've learned the language, Hampton will throw a curve.”—Greil Marcus, author of Lipstick Traces 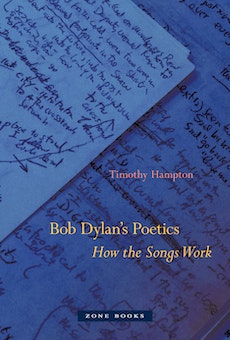