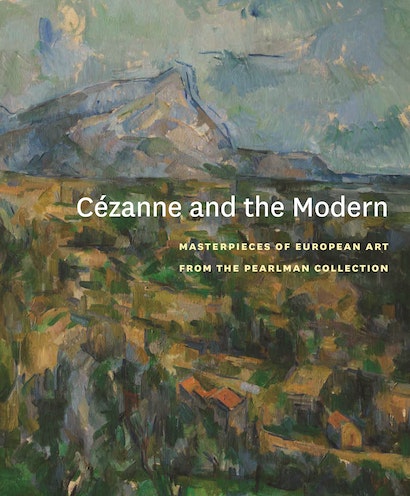 Cézanne and the Modern showcases fifty masterworks of late 19th- to mid-20th-century avant-garde European art from the Henry and Rose Pearlman Collection, one of the most distinguished private collections of modern art in the United States. Among the iconic images represented are Paul Cézanne’s Mont Sainte-Victoire, Vincent van Gogh’s Tarascon Stagecoach, and Amedeo Modigliani’s portrait of Jean Cocteau, as well as an outstanding suite of sixteen watercolors by Cézanne. The volume opens with Henry Pearlman’s “Reminiscences of a Collector,” a fascinating first-person narrative, newly annotated to identify key individuals and dates mentioned in the text. An essay by art historian Rachael Z. DeLue places Pearlman in the context of mid-20th-century American collecting, and a detailed chronology illuminates Pearlman’s collecting practices in relation to noteworthy events in the art world. A series of sixteen brief essays by leading scholars focuses on each of the represented artists and their works, richly illustrated with sumptuous color plates, select details, and numerous comparative images. A comprehensive checklist documenting each of the works—including detailed provenance, exhibition history, bibliographic references, and commentary by a conservator—rounds out this handsome volume, which is published to accompany the first international tour of this important collection.

Rachael Z. DeLue is associate professor in the department of art and archaeology at Princeton University.