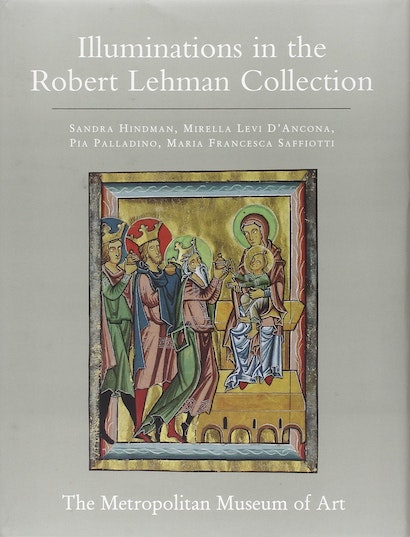 This book presents the exceptional group of illuminations in the Robert Lehman Collection at The Metropolitan Museum of Art. The miniatures and cuttings from medieval and Renaissance manuscripts in this collection represent the major schools of illumination that flourished in Europe from the fourteenth to the sixteenth century. Robert Lehman (1892-1969), one of the great private art collectors of the twentieth century, collected these illuminations as an extension of his remarkable collection of early European paintings and drawings.


Among the works catalogued here are a miniature by Simon Marmion — the “prince d’enluminure” — painted for a Breviary for Charles the Bold and Margaret of York, and, among the Italian illuminations, a Last Judgment in an Initial C by the great Florentine painter Lorenzo Monaco and an Adoration of the Magi by Francesco Marmitta. A Self-Portrait by Simon Bening and a Virgin and Child by Francesco Morone are early examples of small paintings on parchment conceived as independent works of art rather than as illustrations for manuscripts. Also here are a leaf painted for the Hours of ftienne Chevalier by Jean Fouquet, the most celebrated French painter of the fifteenth century, and a miniature Holy Face by Gerard David that was possibly created as an independent devotional image. All the illuminations in the Robert Lehman Collection are reproduced in color, and copious comparative illustrations supplement the extensive catalogue entries. This is the seventh in a projected series of sixteen volumes that will catalogue the entire Robert Lehman Collection.

Sandra Hindman is Professor of Art History at Northwestern University. Mirella Levi D'Ancona is Professor Emerita at Hunter College, City University of New York. Pia Palladino is Research Associate in the Robert Lehman Collection at The Metropolitan Museum of Art. Maria Francesca Saffiotti is a Ph.D. candidate at the Institute of Fine Arts, New York University.