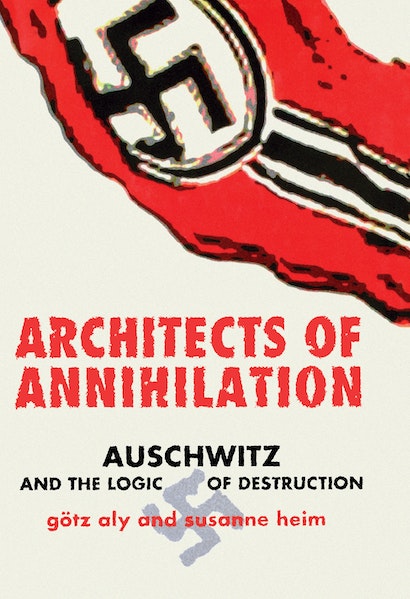 Two of Germany’s most provocative investigative historians examine the frightening role of young educated careerists in building the Holocaust’s ideological and material infrastructure. Moving from the waning Weimar Republic to Auschwitz’s fully operating gas chambers, Architects of Annihilation shows how the unthinkable technocratic “solutions” to Germany’s wartime problems were not only thought but spelled out and implemented. Documenting the eager participation of some of the country’s best and brightest, it rejects interpretations that identify only Nazi leaders as the perpetrators of the Holocaust.


For Hitler’s thinkers — career-minded demographers, geographers, economists, civil servants, and academics in the Third Reich’s think tanks and bureaucratic offices — Europe was a drawing board on which to work out their grand designs. They were encouraged to rationalize production methods, standardize products, introduce an international division of labor, and modernize and simplify social structures. Ultimately, their work on everything from food shortages to birth control led to the sinister plan to “adjust” the ratio between “productive” or “unproductive” population groups.


The ideas of these ever more radical and ideologically aggressive technocrats culminated in proposals that — using carefully guarded scientific and academic euphemisms — advocated state-directed mass extermination as a necessary and logical component of social modernization. And, not well known outside of Germany, these thinkers proposed not only one “final solution” but serial genocides, planned in detail to be carried out over several decades.


This groundbreaking and controversial account of Hitler’s planners received widespread attention when it appeared in Germany. Now a masterful translation makes it available to an English-speaking audience for the first time.

Götz Aly is a Fellow at the Hamburg Institute for Social Research. His books include Final Solution and Cleansing the Fatherland. Susanne Heim is an investigative journalist and historian based in Berlin.

"It is illuminating to read Aly and Heim]s work in conjunction with contemporary history of technology and business. . . . [I]t is a great service that Princeton University Press has made Aly and Heim's work readily accessible to American historians of business and technology."—Michael Allen, Technology and Culture

"Götz Aly and Susanne Heim are known in Germany for challenging both establishment historians and the apologists. This book has no rival. It will be a must-read for students of German history and of the Holocaust."—Robert Gellately, Center for Holocaust Studies, Clark University