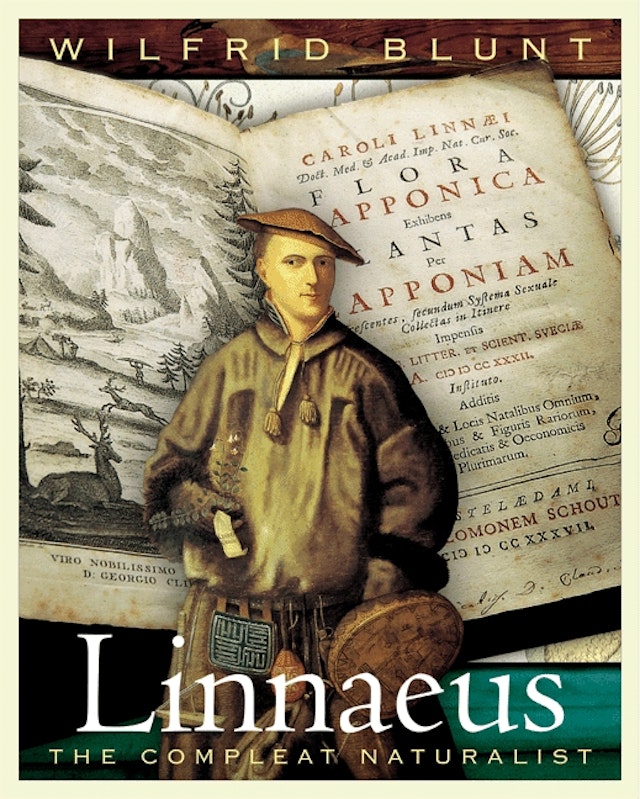 The life of Carl Linnaeus (1707-1778), the man who gave living organisms two Latin names, is celebrated afresh in this newly revised and magnificently illustrated edition of the definitive biography. In his native Sweden, Linnaeus is revered by children as the “Prince of Flowers” and by adults as a great biologist, the author of classics on natural history, and, owing to his impassioned study of the sex life of plants, as history’s foremost “botanical pornographer.”


Linnaeus was of pivotal importance in the Age of Enlightenment. Though an adventurous traveler, keen collector, zoologist, and geologist, he loved botany most of all. The son of a pastor, he believed he was chosen by God to resolve the jumbled classification of the natural world. Through his Systema Naturae, first published in 1735, he brought order to all recorded knowledge about living things, distinguishing and naming 7,700 plants and 4,400 animals in his lifetime.


This book gives a fascinating and rounded portrait of Linnaeus the man, charting his rise from a poor student at Lund University to Professor of Medicine at Uppsala and a founder of the Royal Academy of Sciences. Wilfrid Blunt’s engaging text is interspersed with vivid passages from his subject’s own writings — from riveting descriptions of adventures in the wilds of Lapland to a charming account of Sjupp the raccoon. Linnaeus’s family life and his relations with pupils are explored alongside his epoch-making scientific achievements. William Stearn’s appendix on Linnean classification provides a concise survey of the basics necessary for understanding Linnaeus’s work.


Impeccably researched and highly readable, this biography is ideal for anyone interested in botany, zoology, or mineralogy, as well as naturalists and gardeners. It brings the world of Linnaeus alive with over 200 beautiful illustrations, including evocative photographs and exquisite eighteenth-century botanical drawings, paintings, and engravings.

Wilfrid Blunt was Senior Drawing Master at Eton College. An Associate of the Royal College of Art and a fellow of the Linnean Society of London, he authored a number of biographies and books on European art and botany. His The Art of Botanical Illustration has become a standard work of reference. He died in 1987. William T. Stearn was a distinguished botanist, previously of the British Museum (Natural History), now the Natural History Museum. The former president of the Linnean Society, he died in 2001.

"This evocative account of Linnaeus's life and achievements has become a natural history classic. Wilfrid Blunt beautifully captures Linnaeus's zest for botany and its key place in the intellectual ferment of the eighteenth century, showing how the Linnean system was used by plant explorers from America to Japan to Lapland and helped establish the foundation of modern botanical science—as well as introducing new species to gardens all over the world. The impact of this system on the culture of Linnaeus's day was incalculable, ranging from the classification of diseases to fashionable illustrative art or spicy innuendo in writing about the sex life of plants. And the man himself was lively and likeable, with an eye for a joke in naming species after friends or enemies. This new edition of Blunt's story of the "Prince of Flowers" will make a very welcome addition to any plant-lover's library."—Janet Browne, author of Charles Darwin: Voyaging