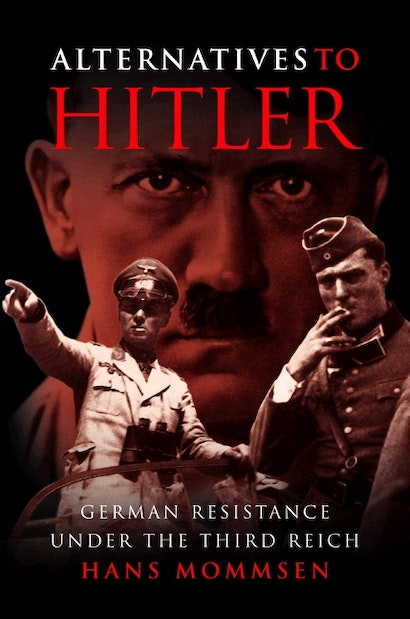 Internal opposition to Nazism is often mythologized as heroic or dismissed as “too little, too late, and for the wrong reasons.” These seminal writings trace the real and complex history of the German Resistance from the ascent of the Nazi Party to the July 1944 attempted assassination of Hitler. Informed by four decades of research and written by the premier historian of the German Resistance, this book constitutes the definitive work on those tens of thousands of Germans who fought the Third Reich from within.


Hans Mommsen considers the full spectrum of opposition, from small but still-dangerous acts of political disobedience to large-scale conspiracies to overthrow the government. Along the way he tells the incredible stories of such Germans as Count Claus von Stauffenberg, who planted a briefcase bomb during a staff meeting at Hitler’s East Prussian military headquarters, and the members of the Kreisau Circle, who clandestinely met to plan for Germany’s postwar future as a democratic member of an integrated Europe.


While upholding resistance to Nazism as a value beyond reproach, Mommsen considers the varied and sometimes murky motives of those who resisted — motives that ranged from principled commitment to pragmatic self-interest by former Nazi sympathizers. He examines resisters’ detailed and not-always-democratic programs to rebuild a state and reeducate a Nazified society and considers their sometimes ambivalent attitudes toward the unfolding Final Solution.


Available in English for the first time in this fluid translation, this book is a signal achievement by a major scholar — and the standard work on the German Resistance available in any language.

Hans Mommsen, one of Germany's preeminent historians, is Professor Emeritus at Ruhr University in Bochum. His many books include Rise and Fall of Weimar Democracy and From Weimar to Auschwitz (Princeton).

"A remarkable contribution to this fascinating subject. . . . A highly sophisticated work from a mature historian at the top of his game."—Library Journal

"When the doyen of twentieth-century German historians writes on the subject for which he is best known, in the genre in which he excels, nothing can go wrong. And this is indeed the case. Mommsen's work on the German Resistance is political history par excellence."—Michael Geyer, University of Chicago

"Mommsen has produced the standard work on the subject—faultless, it leaves nothing to be desired. His range is both broad and penetrating. . . . The biographical chapters are a veritable Who's Who of the Resistance."—Süddeutsche Zeitung

"No work on the events of 1944 or the plot against Hitler can afford to ignore Mommsen's book. It is unavoidable."—Europäische Sicherheit

"This English translation will be invaluable to all students who have no access to the German original."—Ian Kershaw, University of Sheffield