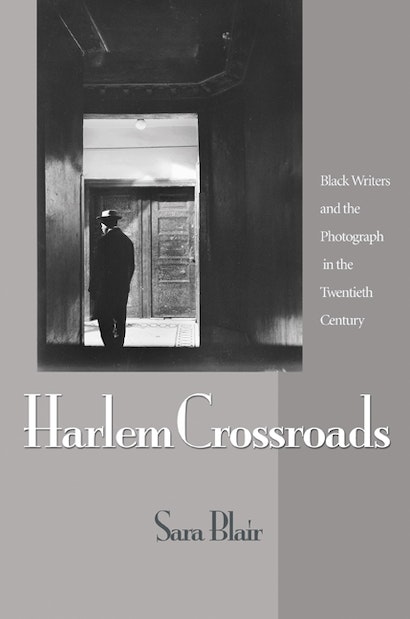 The Harlem riot of 1935 not only signaled the end of the Harlem Renaissance; it made black America’s cultural capital an icon for the challenges of American modernity. Luring photographers interested in socially conscious, journalistic, and aesthetic representation, post-Renaissance Harlem helped give rise to America’s full-blown image culture and its definitive genre, documentary. The images made there in turn became critical to the work of black writers seeking to reinvent literary forms. Harlem Crossroads is the first book to examine their deep, sustained engagements with photographic practices.


Arguing for Harlem as a crossroads between writers and the image, Sara Blair explores its power for canonical writers, whose work was profoundly responsive to the changing meanings and uses of photographs. She examines literary engagements with photography from the 1930s to the 1970s and beyond, among them the collaboration of Langston Hughes and Roy DeCarava, Richard Wright’s uses of Farm Security Administration archives, James Baldwin’s work with Richard Avedon, and Lorraine Hansberry’s responses to civil rights images. Drawing on extensive archival work and featuring images never before published, Blair opens strikingly new views of the work of major literary figures, including Ralph Ellison’s photography and its role in shaping his landmark novel Invisible Man, and Wright’s uses of camera work to position himself as a modernist and postwar writer. Harlem Crossroads opens new possibilities for understanding the entangled histories of literature and the photograph, as it argues for the centrality of black writers to cultural experimentation throughout the twentieth century.

Sara Blair is associate professor of English at the University of Michigan. She is the author of Henry James and the Writing of Race and Nation. 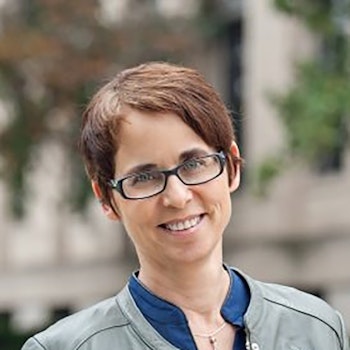 "[A] remarkable accomplishment...Worthwhile for these illustrations alone, the snapshots from the now distant past preserved forgotten Harlem tableaus...And when you factor in the ingenious fashion in which Sara Blair matches these pictures with the works of African-American literary giants, Harlem Crossroads adds up to a masterpiece making a noteworthy cultural contribution."—Kam Williams, African American Literature Book Club

"This rich, insightful study chronicles the import of photography in African American letters from the Harlem Renaissance through the Civil Rights era. Through meticulous documentation, Blair argues that the photographic record of the African American experience informed the literary and creative genius of Richard Wright, Ralph Ellison, James Baldwin, Chester Himes, John Oliver Killens, and Toni Morrison, among others....Ample photographs accompany the felicitous narrative, making this a useful resource not only for literature but also for anthropology, sociology, history, and photography."—A.J. Guillaume, Jr., Choice

"Blair's text stands at the forefront of scholarship that resists academic compartmentalization and attends to the actual social practices of artists and writers. . . . As a work that draws together literary and photographic criticism, it offers clearheaded readings of particular textual passages and engages with a larger narrative about the development of the documentary photographic tradition. . . . Thanks to Blair, photographic Harlem becomes the imaginative crossroads for issues of literary and visual representation, of cross-cultural collaboration, and of creative response to white 'othering' of minority communities."—Katharine Capshaw Smith, The Journal of American History

"Sara Blair's book is . . . a mighty contribution to photographic and literary studies, and one can only despair in the increasingly difficult task of including images whose flagrant absence in certain chapters can only be due to excessive copyright and publishing cost. The disappointment of the missing illustrations is largely compensated by the satisfaction of the ones that did make it into the volume."—Anne Crémieux, Transatlantica

"We can thank Blair for sketching out a broad future research agenda for historians that will be enhanced by her own lucid analysis of the complicated role played by images in conjunction with literary texts in struggles for black self-representation and Jewish antiracism in mid-twentieth-century New York."—Tamar Carroll, H-Net Reviews

"Harlem Crossroads is an admirably well-organized, thoughtful, and readable book. . . . There is no doubt that it makes a compelling case for the crucial role played by photography and Harlem in the 'self-imagination, cultural politics, and literary work' of African-American writers of the twentieth century."—Clifford Endres, Journal of American Studies of Turkey

"The author is to be commended for the level of sophistication she brings to the debate on representation and 'race'."—Helen Mears, Wasafari

"It would be difficult to overstate Sara Blair's achievement in Harlem Crossroads. . . . [T]he book offers a compelling and original entree into a rich and under examined set of cultural crossings. . . . It will not be an easy model to follow, for it will require critics to develop Blair's exceptional skills as a reader of verbal and visual texts and adjudicator of the competing claims of aesthetics, ideology, and history."—Elizabeth Abel, Modern Philology

"The book contributes worthily to the current tide of work on the interplay between word and image, literary and visual culture in the twentieth century, as well as to the scholarship on black-Jewish relations, and it will surely help spawn further scholarship."—George Hutchinson, American Literary History

"Sara Blair's Harlem Crossroads is an important addition to the body of literature that currently exists about Harlem. It brilliantly illuminates the complex relationship between photographic representation and race, and adds new insight into the ways in which this one black community has figured in both the critical and public imaginations. Harlem Crossroads is a tour de force."—Dawoud Bey, Columbia College Chicago

"Harlem Crossroads examines a set of relations, influences, and cultural styles that, to my knowledge, no one has recognized—let alone sorted through—with such visual and literary finesse. The intellectual range and ambition of the book is remarkable. I read through it thinking that this is what scholarship, at its most far-reaching, aspires to: a remapping of the intellectual territory that it considers, a synthesis of disparate arguments into a single, multivalent narrative that transforms the reader's understanding not only of its subject matter (Harlem and its legacy), but of its approach, the very idea of a 'cultural formation' that belies the disciplinary boundaries we normally adhere to."—Bryan Wolf, Stanford University

"Sara Blair sets out to understand the relationship between literature and photography with the volatile ground of early- to mid-twentieth-century Harlem as her setting. Harlem Crossroads is a major work of criticism and cultural history that will redirect scholarly conversations in a number of fields. It is that rare work that is truly interdisciplinary."—Eric J. Sundquist, University of California, Los Angeles