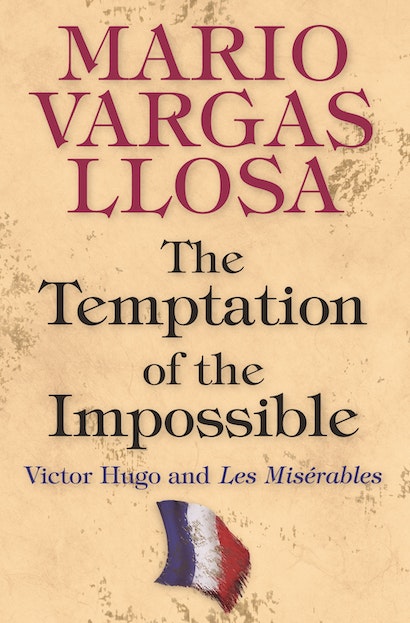 It was one of the most popular novels of the nineteenth century and Tolstoy called it “the greatest of all novels.” Yet today Victor Hugo’s Les Misérables is neglected by readers and undervalued by critics. In The Temptation of the Impossible, one of the world’s great novelists, Mario Vargas Llosa, helps us to appreciate the incredible ambition, power, and beauty of Hugo’s masterpiece and, in the process, presents a humane vision of fiction as an alternative reality that can help us imagine a different and better world.

Hugo, Vargas Llosa says, had at least two goals in Les Misérables — to create a complete fictional world and, through it, to change the real world. Despite the impossibility of these aims, Hugo makes them infectious, sweeping up the reader with his energy and linguistic and narrative skill. Les Misérables, Vargas Llosa argues, embodies a utopian vision of literature — the idea that literature can not only give us a supreme experience of beauty, but also make us more virtuous citizens, and even grant us a glimpse of the “afterlife, the immortal soul, God.” If Hugo’s aspiration to transform individual and social life through literature now seems innocent, Vargas Llosa says, it is still a powerful ideal that great novels like Les Misérables can persuade us is true.

Mario Vargas Llosa is a prolific novelist and essayist whose literary criticism includes A Writer's Reality, Letters to a Young Novelist, and studies of Flaubert and Gabriel García Márquez.. One of his books of essays, Making Waves (Penguin), won the National Book Critics Circle Award. His novels include Aunt Julia and the Scriptwriter, The Notebooks of Don Rigoberto, and The Feast of the Goat. Born in Peru, he now divides his time among Lima, London, and Madrid. 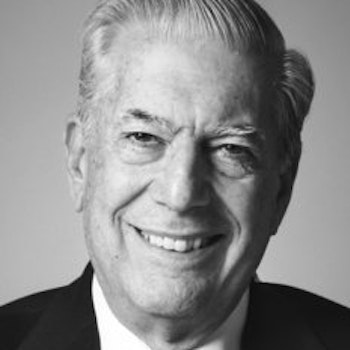 "Although books about other books abound, there are very few that actually tell us what it is like to read. The Temptation of the Impossible, Mario Vargas Llosa's book about Victor Hugo's Les Misérables, is one of these rare confessions."—Benjamin Lytal, Los Angeles Times

"Among the things that most fascinate Vargas Llosa is how very fictional Les Misérables is—in the sense of not being true to reality. . . . Among the best parts are when Vargas Llosa goes at it from a writer's point of view—such as in explaining the necessity and use of the great lengths to which Hugo took this work—but even in professor-mode Vargas Llosa offers many useful tidbits (about Hugo, about the reception of the book, etc.) and opinions.... Even if [Les Misérables] is only a distant memory, Vargas Llosa's look makes one eager to pick it up again."—The Complete Review

"Novelist Mario Vargas Llosa contributes to the canon with his provoking and insightful study of 19th century French novelist Victor Hugo's Les Misérables in his book-length essay, Temptation of the Impossible....Vargas Llosa's study reaches beyond an analysis of Les Misérables to help define the very essence of the novel and fiction."—Robert Hicks, San Francisco Chronicle

"Part literary criticism, part biography, and part personal essay, The Temptation of the Impossible is the author's perceptive tribute to Hugo's Les Misérables. For Vargas Llosa ... Hugo's marvelous novel is a brilliant portrayal of 'a world blazing with extreme misfortune, love, courage, happiness, and vile deeds.'... Some literary critics may disagree with his provocative claims regarding the role of fiction in readers' lives, but Vargas Llosa argues so passionately that even dissenting critics will admire his zealous and meticulous reasoning.... For any student of world literature who is interested in an important and hugely readable, one-stop critical analysis of Hugo's canonical novel, Vargas Llosa's book is the perfect destination."—Tim Davis, ForeWord

"Vargas Llosa is ideally placed to lead a reconsideration of Victor Hugo.... [He] examines the providential vein in Les Misérables that runs through both individual destinies and the life of nations."—Algis Valiunas, First Things

"Mario Vargas Llosa, acclaimed novelist, critic and one-time conservative politician, has, in Hugo's epic, found the perfect vehicle for a study that is a combination of literary criticism, general essay and philosophical speculation. He dissects Hugo's style, emphasizing not just his larger-than-life characters, but, more importantly, his narrator—the biggest and most dangerous 'character' in the book of dangerous characters. What makes Hugo's book dangerous is that it just might stir the reader to pursue the ideals of a better world. Llosa, with an eloquent ease that has to be admired, relates this danger to the novel form itself, and how societies—especially repressive regimes of military, religious, left or right persuasion—have distrusted the novel."—Steve Carroll, The Age

"When one distinguished author critiques the masterpiece of another, the result is not always exceptional. But in this case, it is. In this expanded version of lectures he delivered at Oxford in 2004, Vargas Llosa offers both probing insights into the characters, themes, and ultimate significance of Les Misérables and powerful lessons on the art of fiction writing."—C.B. Kerr, Choice

"Vargas Llosa's book is a significant addition to the criticism of Les Misérables and of Hugo as a novelist. Vargas Llosa makes Hugo accessible to the reader as an author who was not fettered by the time period in which he wrote. He also presents valuable insights into the genre of fiction and what 'reality' means in a fictional work. Since Vargas Llosa is himself a highly respected novelist, his book has been particularly welcomed by critics in the field."—Shawncey Webb, Magill's Literary Annual

"It is always interesting when a writer of Vargas Llosa's distinction discusses a great novelist, bringing to bear a luminous awareness of the craft of fiction. The Temptation of the Impossible is written with considerable zest, discrimination, and enthusiasm. Raising practical and theoretical points about the art of the novel, Vargas Llosa never loses sight of Hugo's specific achievement. I recommend this book without hesitation."—Victor Brombert, author of Trains of Thought