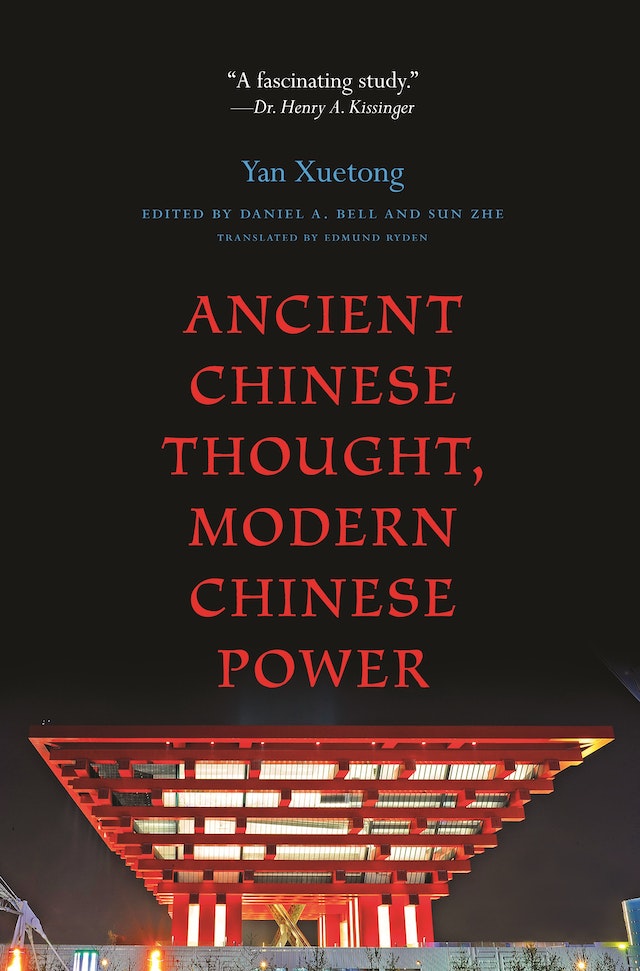 "[I] found Dr. Henry A. Kissinger's comment that it is 'a fascinating study' very much to the point. . . . Given China's growing influence in the world right now, the work should no doubt have a wider readership than might appear the case prima facie. Princeton University Press should be congratulated on producing such a handsome volume. It can be highly recommended for library purchase in its hardback edition."—Malcolm Warner, Asia Pacific Business Review

"[F]or those who welcome a China that is increasingly active at the global level, as well as for those who do not, it seems the time is right to thoroughly engage with the ideas and proposals of prominent Chinese thinkers today like Yan Xuetong. By putting his grand vision for a Chinese 'superpower modelled on humane authority' to the test before it becomes a possible political reality, we will have gained a greater appreciation of China's cultural heritage and, following that, a glimpse at its possible political future."—Mark Chou, Australian Review of Public Affairs

"While parts of this nicely translated book might be too specific for the general reader, the volume provides stimulating insights not only into the rich world of ancient Chinese thought, but also into the way contemporary Chinese thinkers see the world today. In this respect, the excellent introduction by Daniel Bell and a long interview with Xuetong in the appendix are especially rewarding."—Michael Rochlitz, Political Studies Review