A satirical and modern retelling of beloved fairy tales 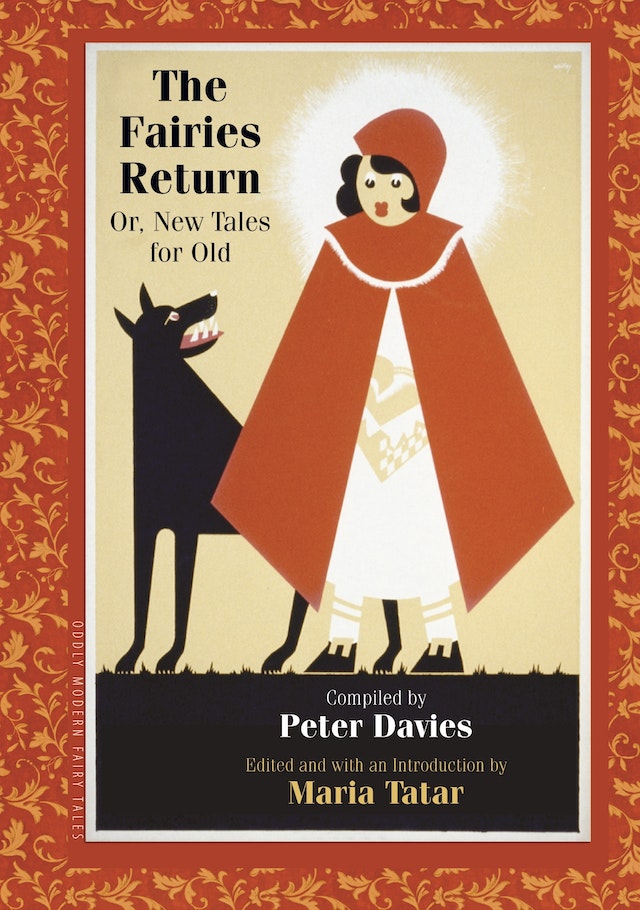 Originally issued in 1934, The Fairies Return was the first collection of modernist fairy tales ever published in England, and it marked the arrival of a satirical classic that has never been surpassed. Even today, this reimagining of fourteen timeless tales—from “Puss in Boots” to “Little Red Riding Hood”—is still fresh and bold, giving readers a world steeped not in once upon a time, but in the here and now.

Longtime favorites in this playfully subversive collection are retold for modern times and mature sensibilities. In “Jack the Giant Killer,” Jack becomes a trickster who must deliver England from the hands of three ogres after a failed government inquiry. “Ali Baba and the Forty Thieves” is set in contemporary London and the world of financial margins and mergers. In “The Little Mermaid,” a young Canadian girl with breathtaking swimming skills is lured by the temptations of Hollywood. And Cinderella becomes a spinster and holy woman, creating a very different happily ever after. These tales expose social anxieties, political corruption, predatory economic behavior, and destructive appetites even as they express hope for a better world. A new introduction from esteemed fairy-tale scholar Maria Tatar puts the collection in context.

From stockbrokers and socialites to shopkeepers and writers, the characters in The Fairies Return face contemporary challenges while living in the magical world of fairy tales.

Peter Davies (1897-1960) was the rumored inspiration for Peter Pan, the daredevil character created by his adoptive father, author J. M. Barrie. Davies was the founder of the publishing house Peter Davies Ltd. Maria Tatar is the John L. Loeb Professor of Germanic Languages and Literatures and chair of the Program in Folklore and Mythology at Harvard University. She is the editor of The Annotated Peter Pan and the author of Enchanted Hunters (both Norton), among many other books.

"In the wake of the Great War, in the deep bowl of economic depression, on the doorstep of World War II, these stories are the cultural tradition of a disillusioned generation. . . . They are skillfully and delightfully executed renderings, a treasure-collection of the talents of the time, and plain good literature. I recommend them without hesitation."—Christie Ricardo, Spinning Straw into Gold

"This beautifully produced reissue, published by Princeton University Press and part of the 'Oddly Modern Fairy Tales' series, features an illustration on its front cover which dates back to 1939. It is an extremely well laid out volume, and its introduction and author biographies make lovely additions to the book. . . . This is a collection of tales which certainly deserved a reprint, and will delight lovers of fairytales, nostalgia, British history and short stories alike."—Kirsty Hewitt, BookGeeks

"It's intriguing to see how past authors used fairy tales in their modern fiction."—Sur La Lune blog

"The uniqueness of the collection will make you want to savor it, just as I did. . . . You will feel drawn to inspect each story closely, not only because of the tales' fanciful nature, but also because of their fascinating historical placement and significance."—Beanstalk blog

"True to the spirit of the folk tale, they keep their stories provincial even as they modernise the settings. Aladdin is a Scottish undertaker in the town of Drumlochie. Cinderella lives in a secluded valley somewhere in Wales. She lives alone, having learnt a hard lesson in love: her story, typically for this collection, brings disenchantment, not happiness."—Ken Gelder, The Age

"[A] delightfully different fairy-tale experience for the contemporary reader. Even those well versed in literary fairy-tales will find something new and enchanting in this volume. . . . This collection is an essential addition to the libraries of those who study fairy-tale retellings and will be an enjoyable read for many others as well. Clever, revealing, and often oddly poignant, these stories deserve recognition."—Brittany Warman, Marvels & Tales

"Alongside some sharp social satire, there is much to enjoy in this long-forgotten work, which offers a window into 1930s Britain, rather than a vista into fairyland. Maria Tatar's informative introduction is full of insights."—Neil Philip, author of The Illustrated Book of Myths

"These classic fairy tales, extensively modernized by some of the best-known British writers of the 1930s, are brilliantly presented and interpreted by the gifted scholar Maria Tatar."—Alison Lurie, Frederic J. Whiton Professor of American Literature Emerita, Cornell University

"This fascinating collection of classic fairy tales, rewritten in the 1930s by masters such as A. E. Coppard and Lord Dunsany, is sometimes comic, sometimes poignant, but always satirical. The magisterial introduction by Maria Tatar includes discussion of the tragic figure of the original editor, Peter Davies, aka 'Peter Pan,' one of the ''Lost Boys' befriended by J. M. Barrie in Kensington Gardens."—William Gray, director of the Sussex Centre for Folklore, Fairy Tales and Fantasy, University of Chichester

"When first published in 1934, the marvelously hybrid, often subversive stories of The Fairies Return awarded jarringly fresh meaning to the age-old potential of fairy tales to investigate the here and now. Eighty years later, the shady corporate dealers, corrupt politicians, drug and sex fiends, and children of nature that populate the collection are still with us, making the tales just as engaging today as they were then."—Nancy L. Canepa, Dartmouth College

"A real treat of a book. The stories collected here offer sophisticated versions of well-known fairy tales, full of sly wit and satirical intent, and Maria Tatar's illuminating introduction makes a strong case for the importance of the volume in the history of the fairy tale in the twentieth century. A worthy addition to Jack Zipes's excellent Oddly Modern Fairy Tales series."—Stephen Benson, University of East Anglia

"This is a welcome new edition of a collection that updated and breathed new life into the fairy tale."—Cristina Bacchilega, author of Postmodern Fairy Tales