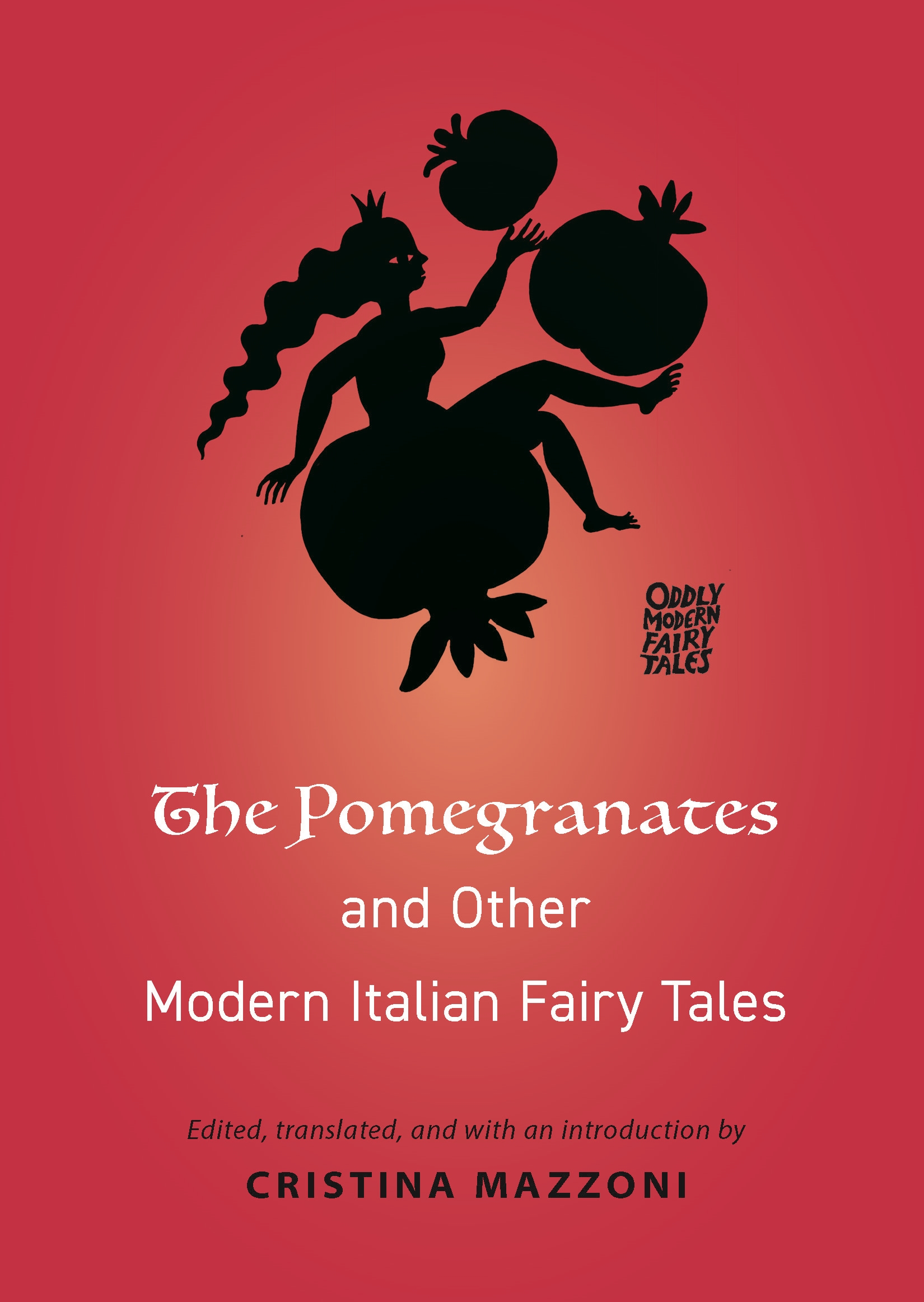 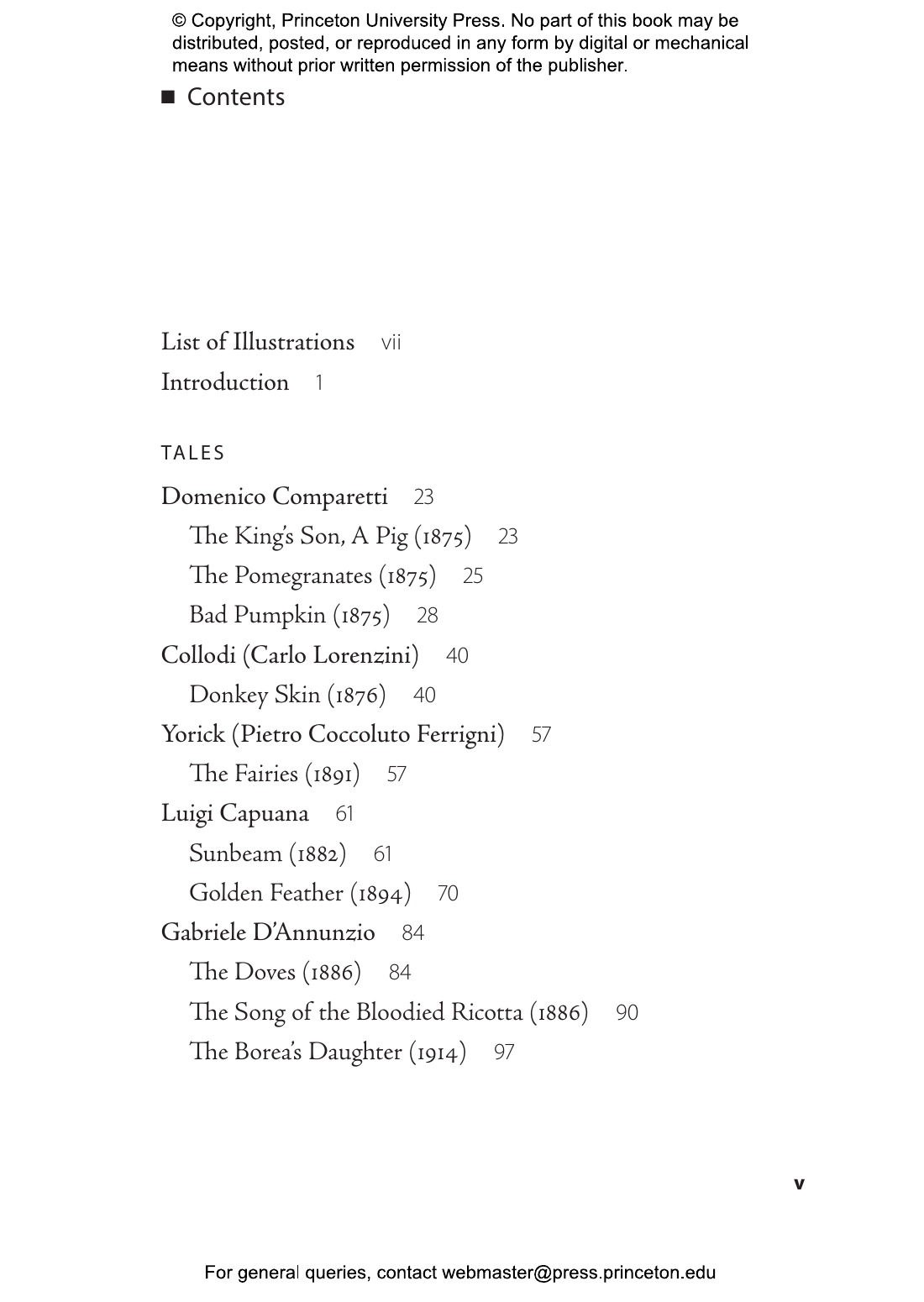 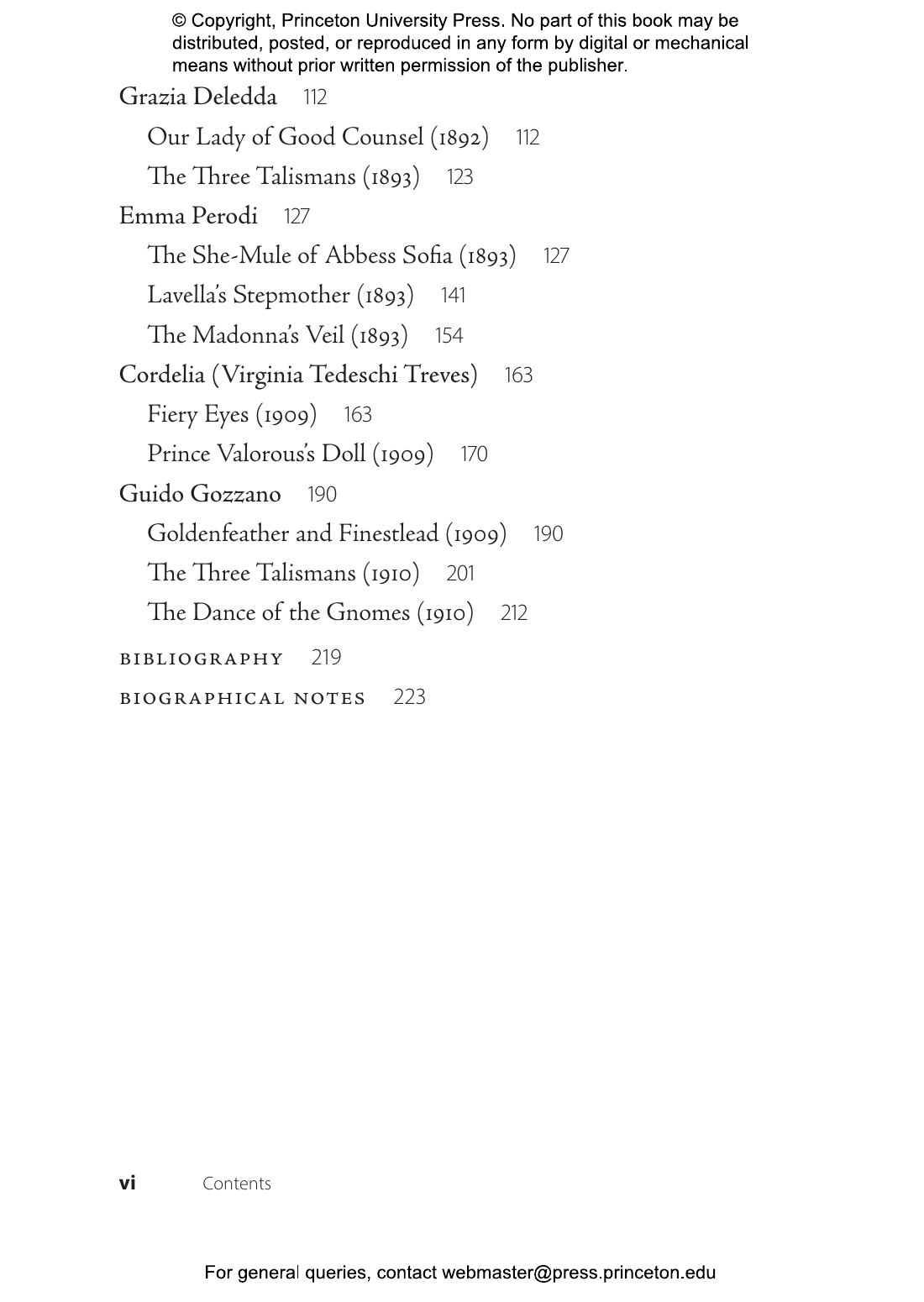 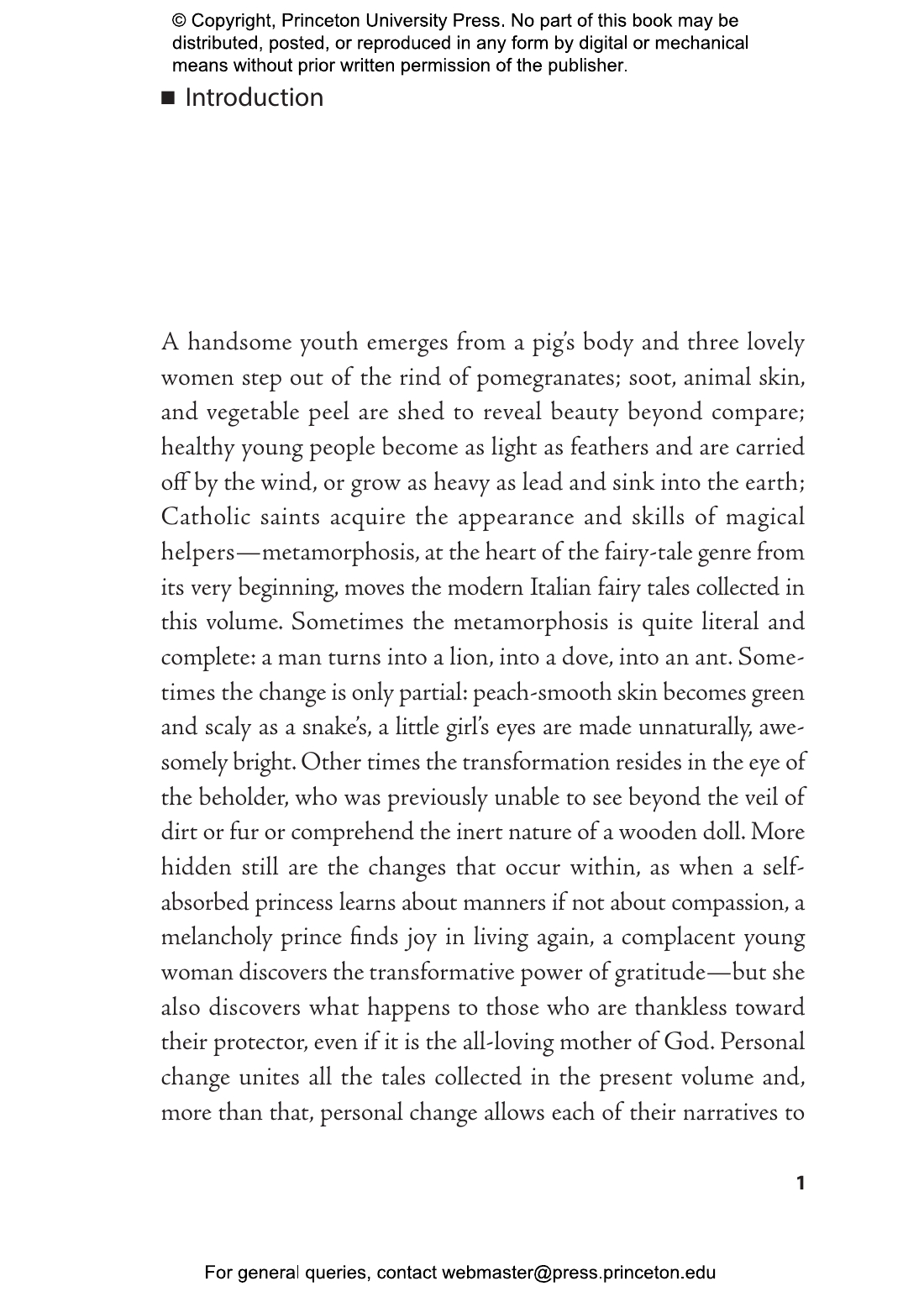 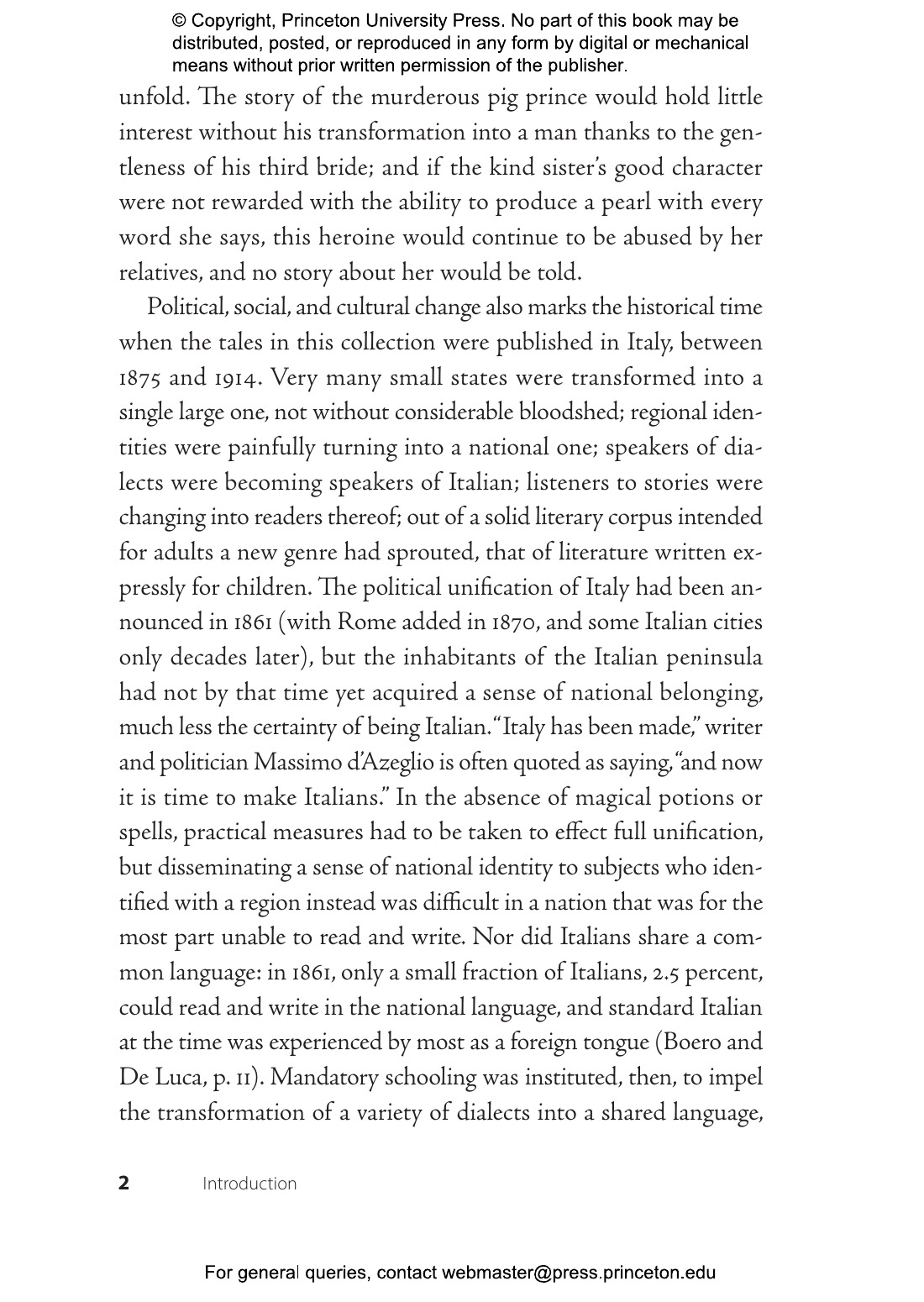 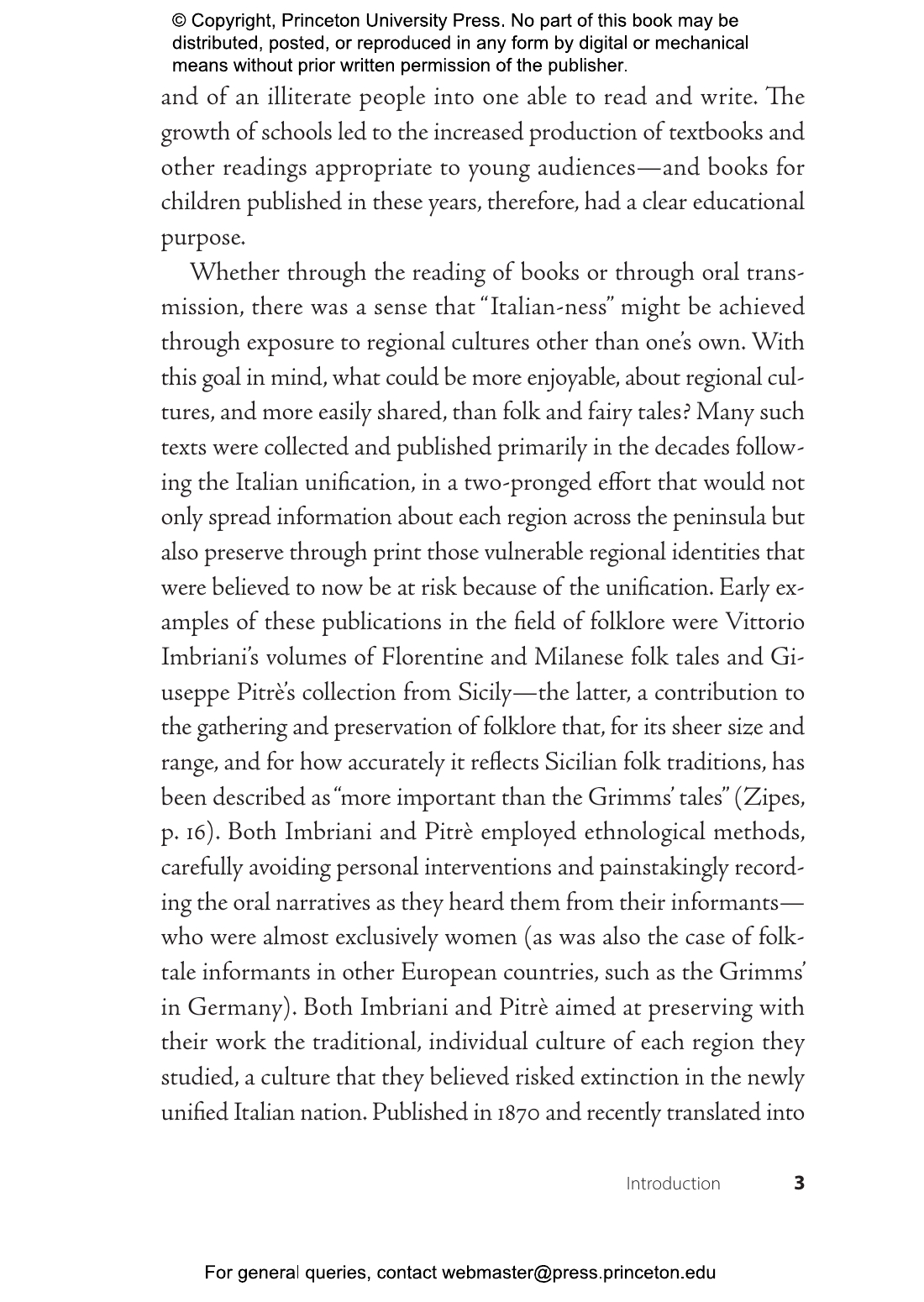 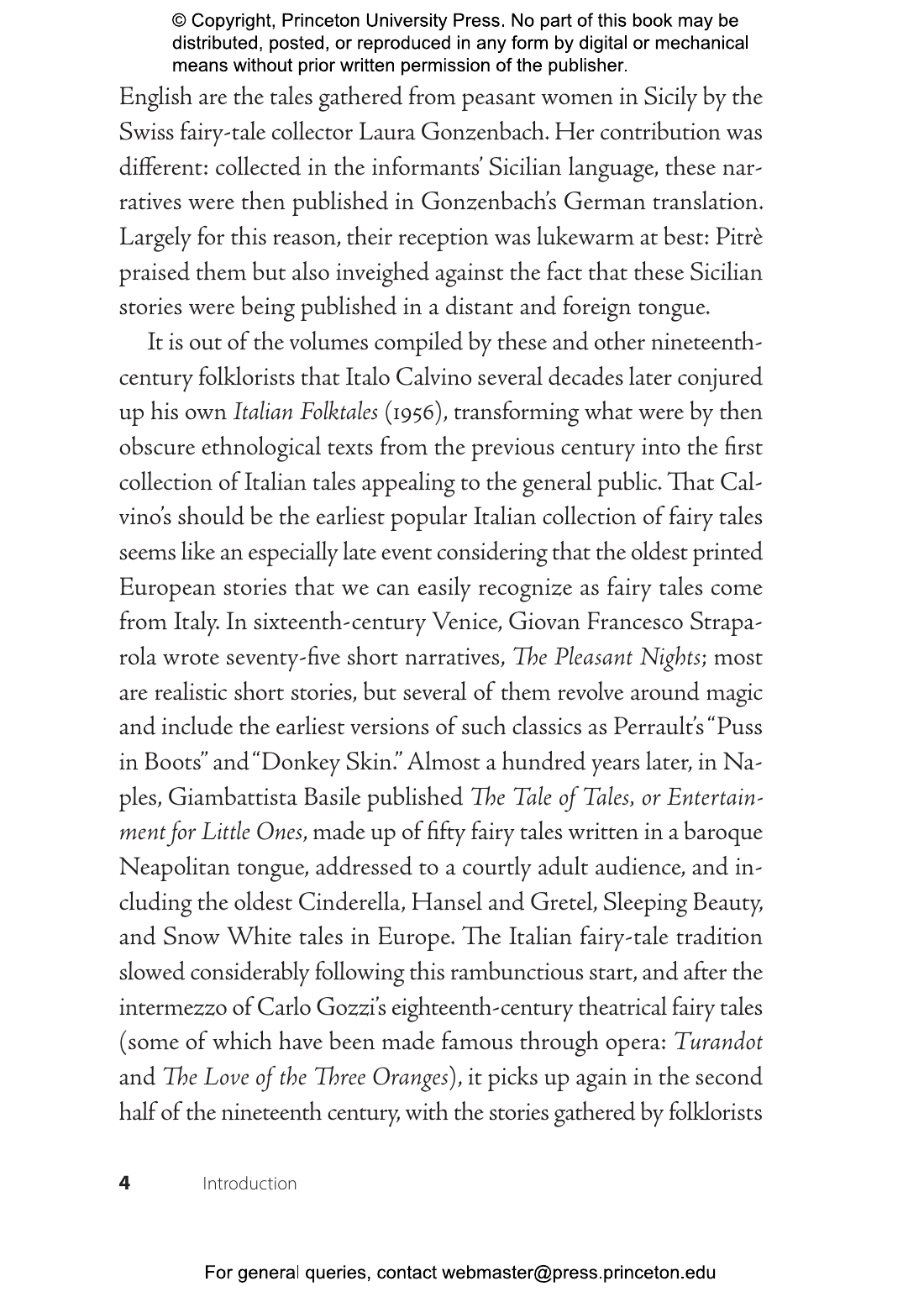 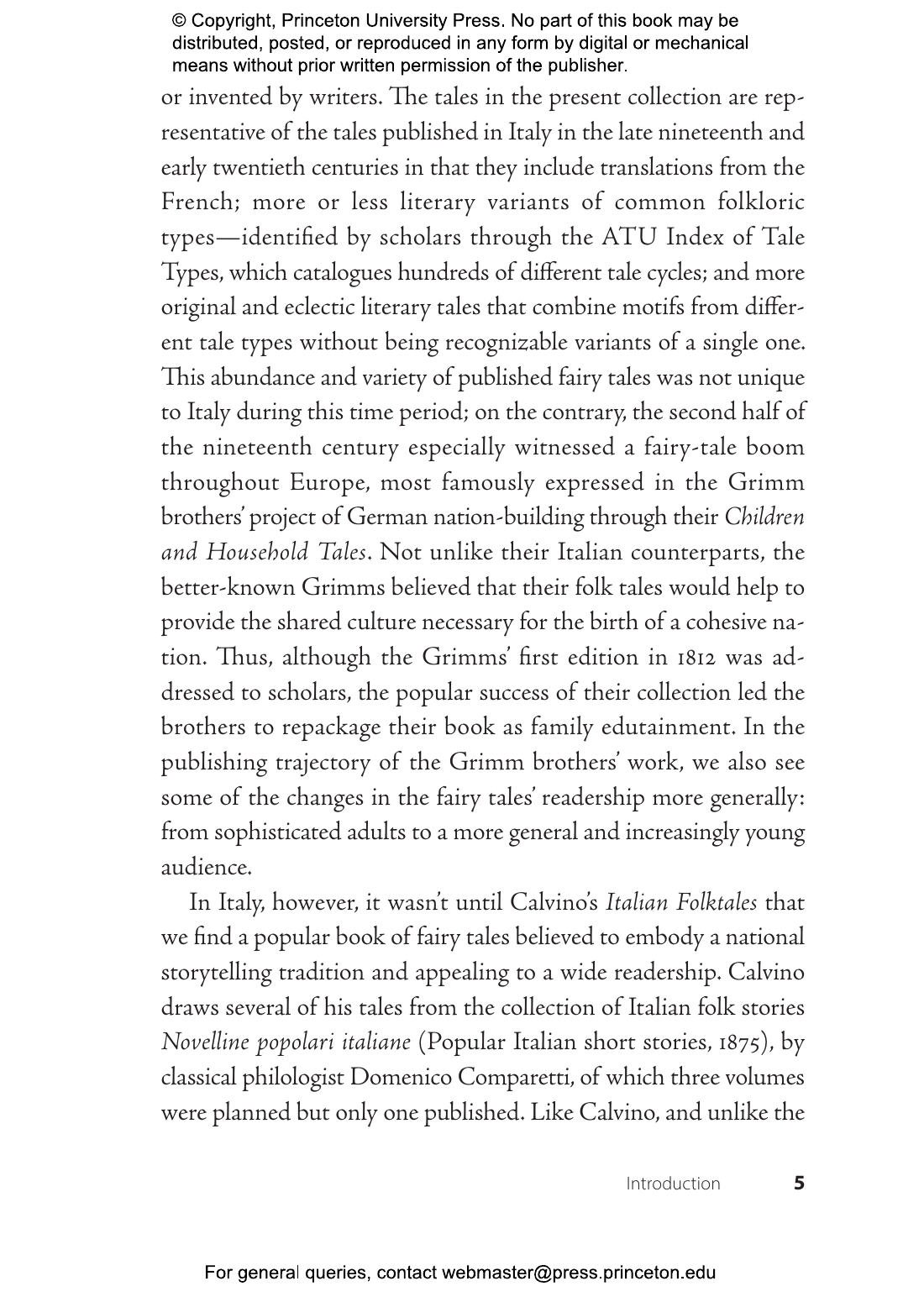 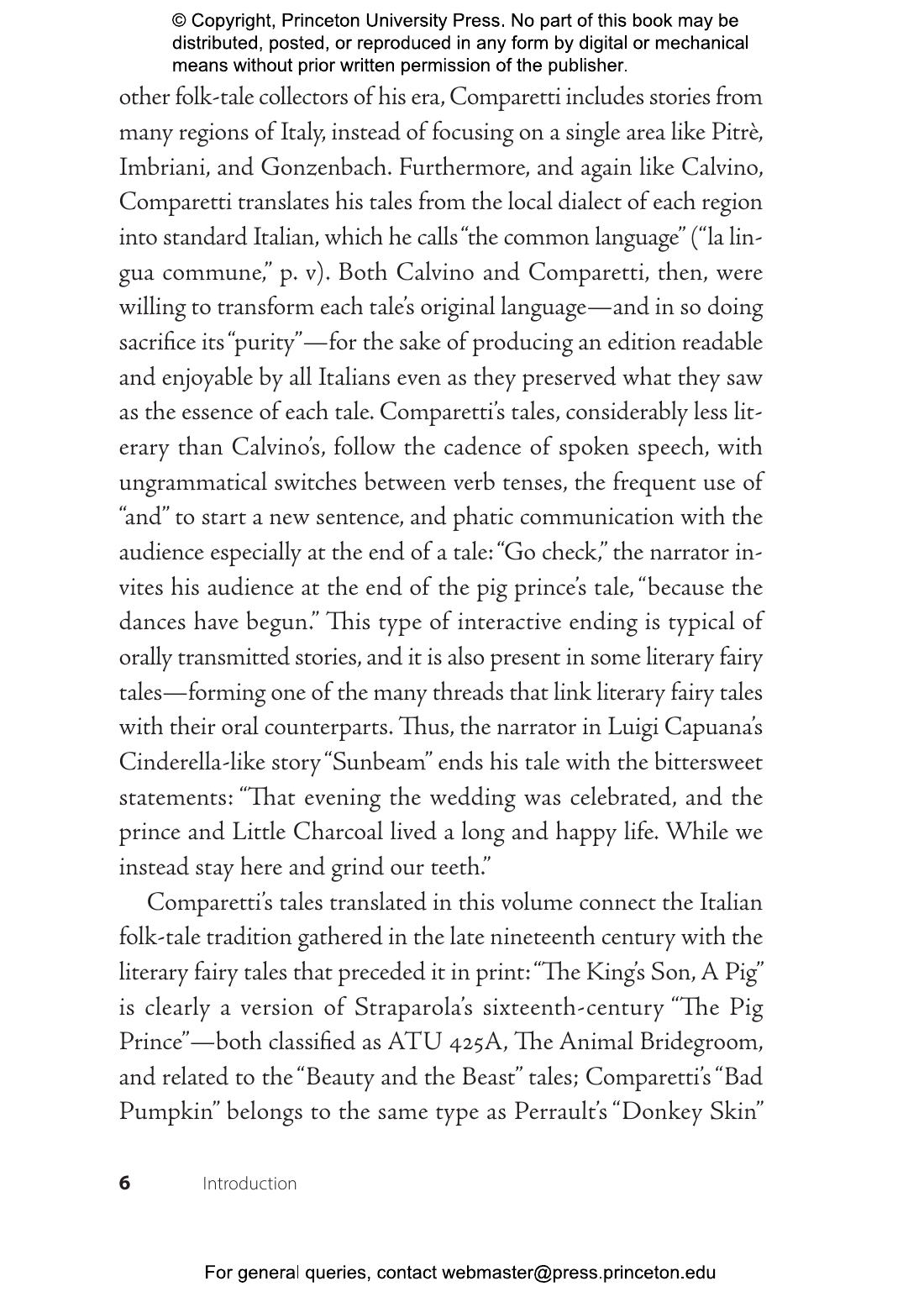 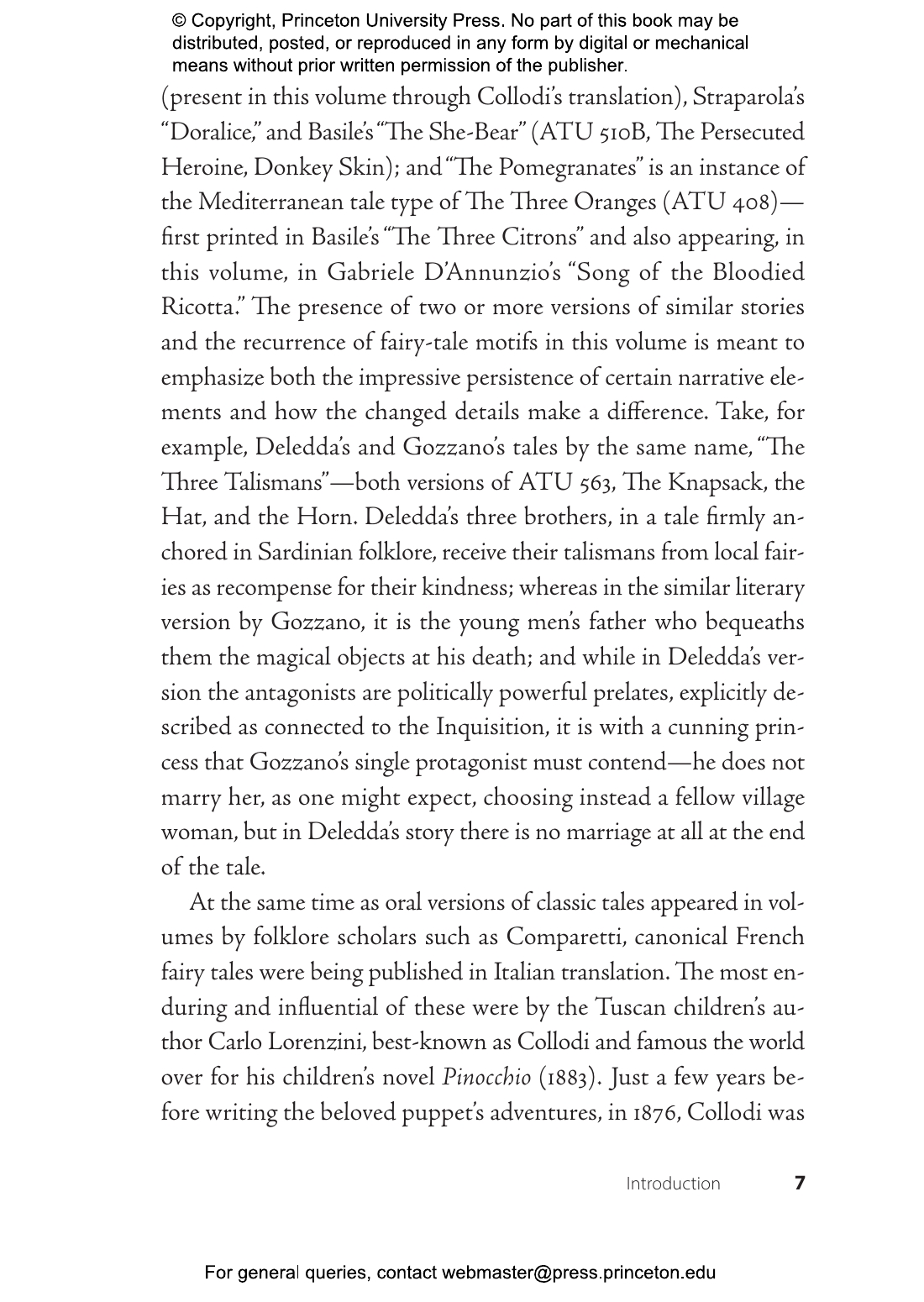 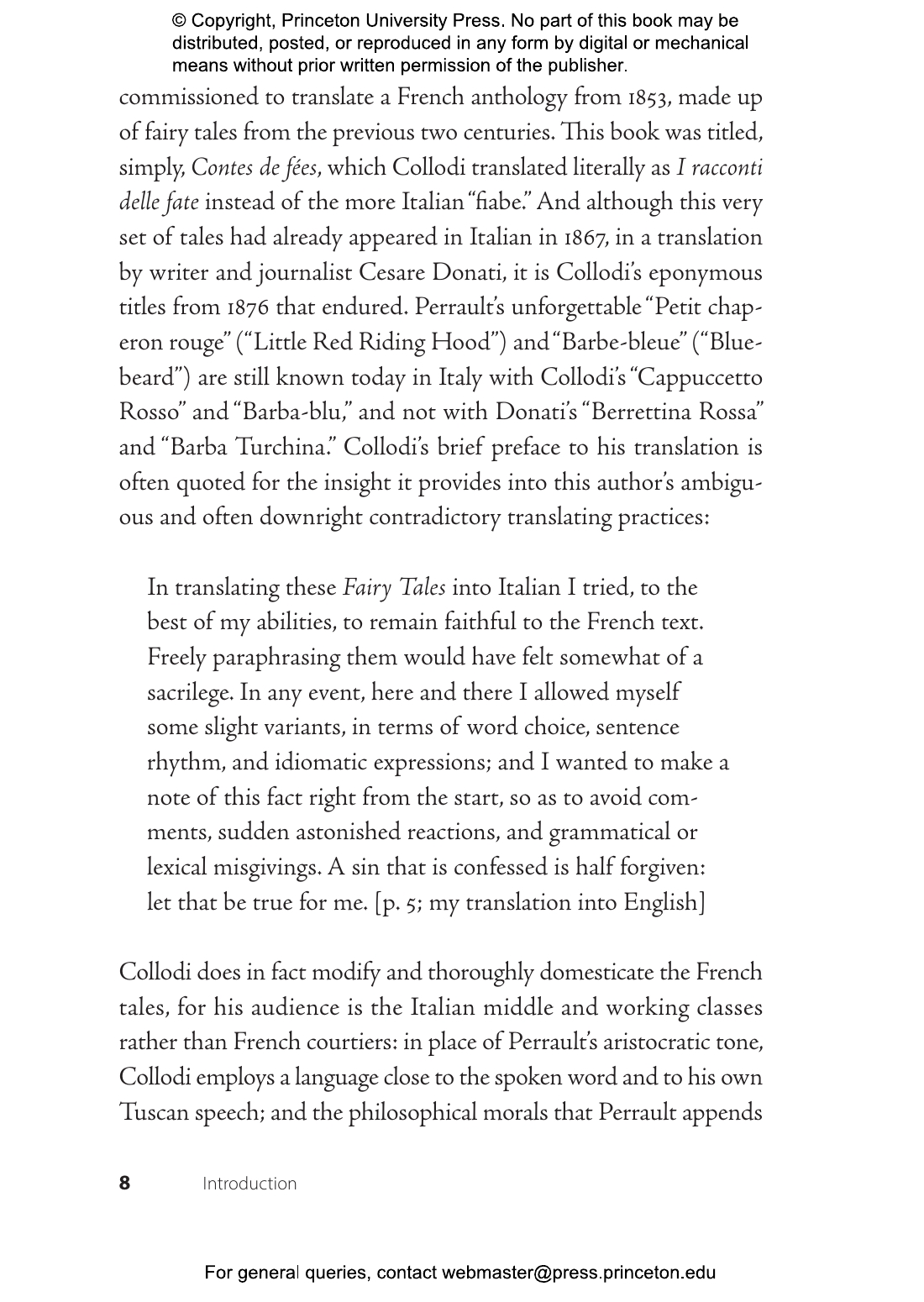 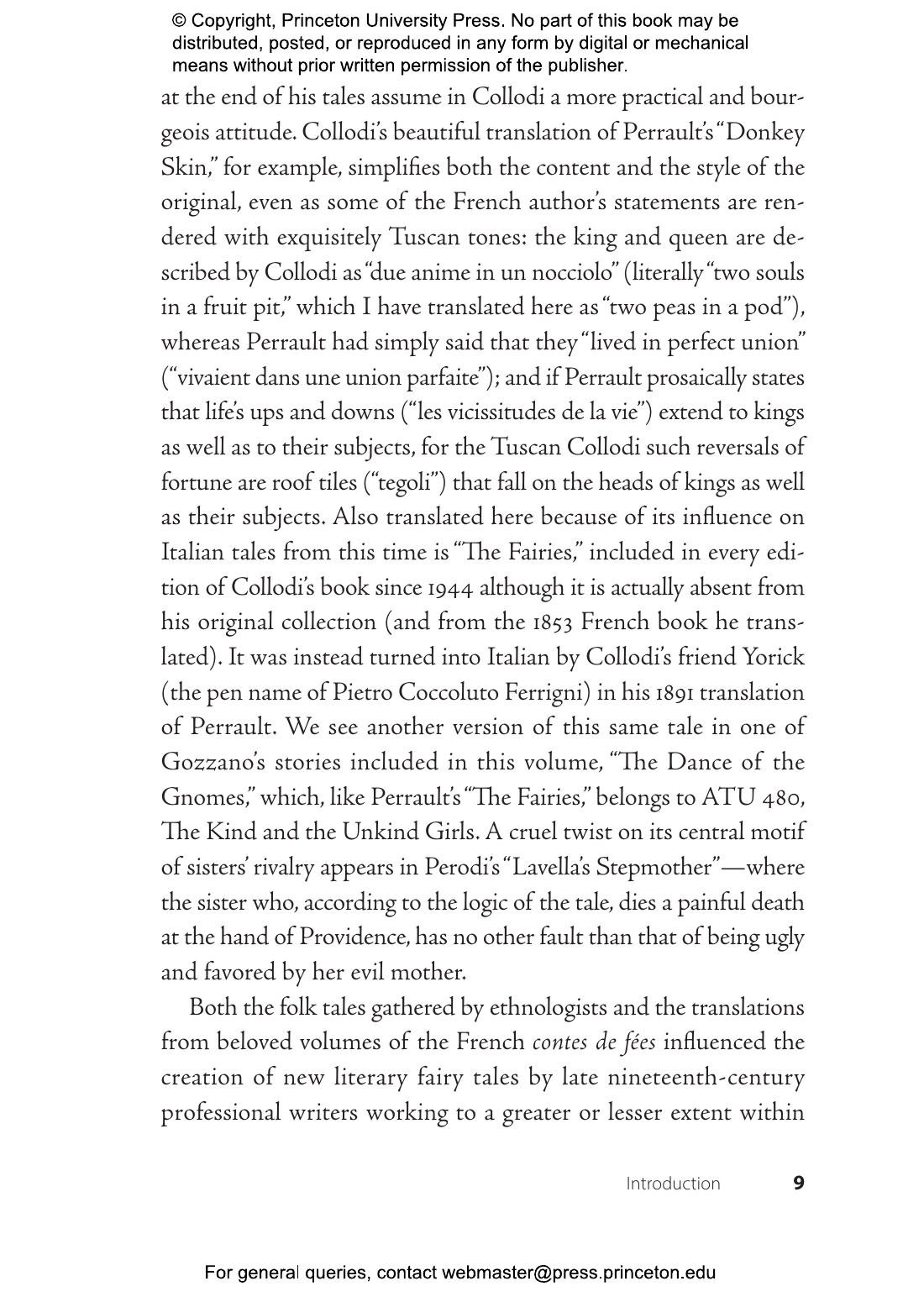 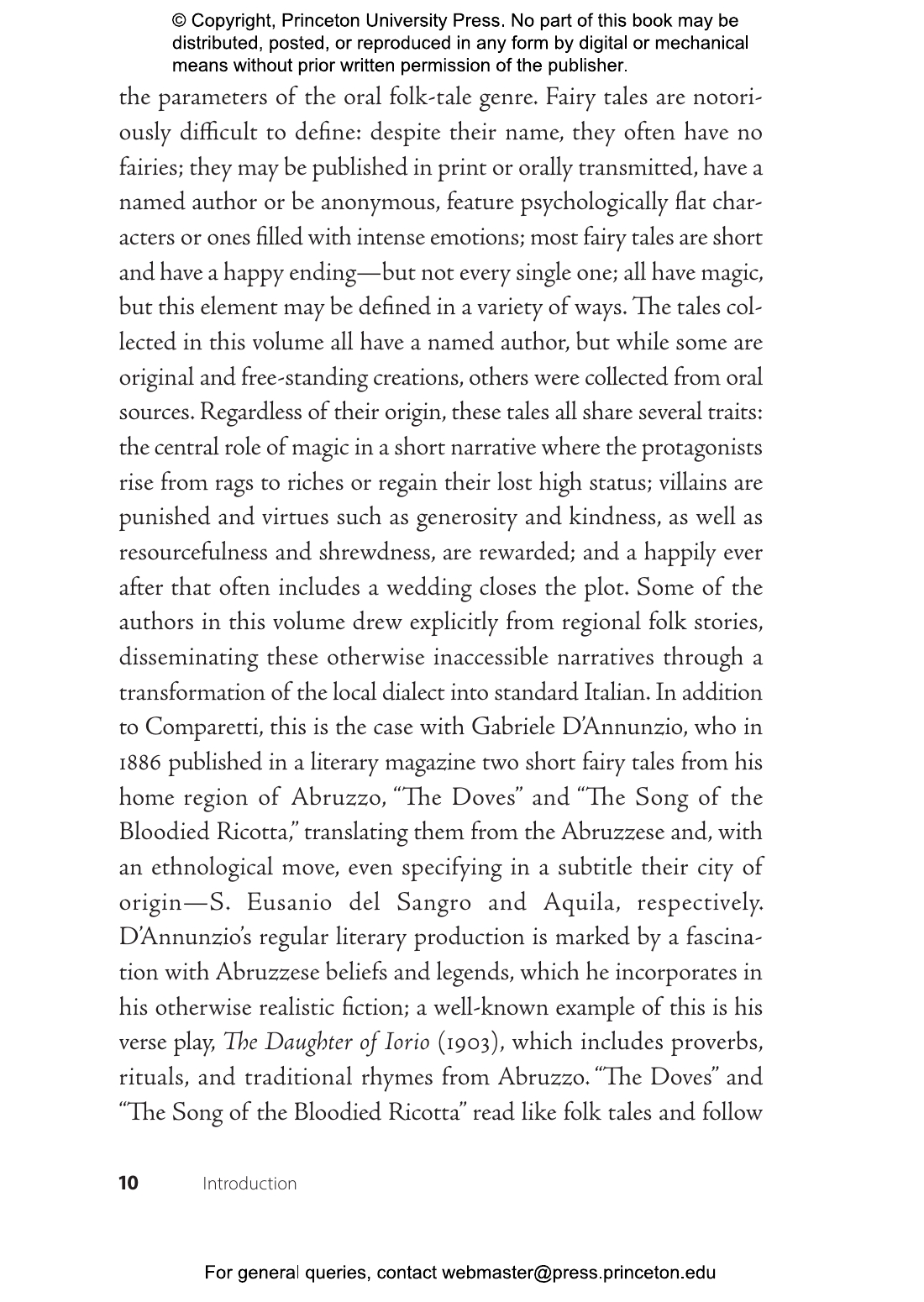 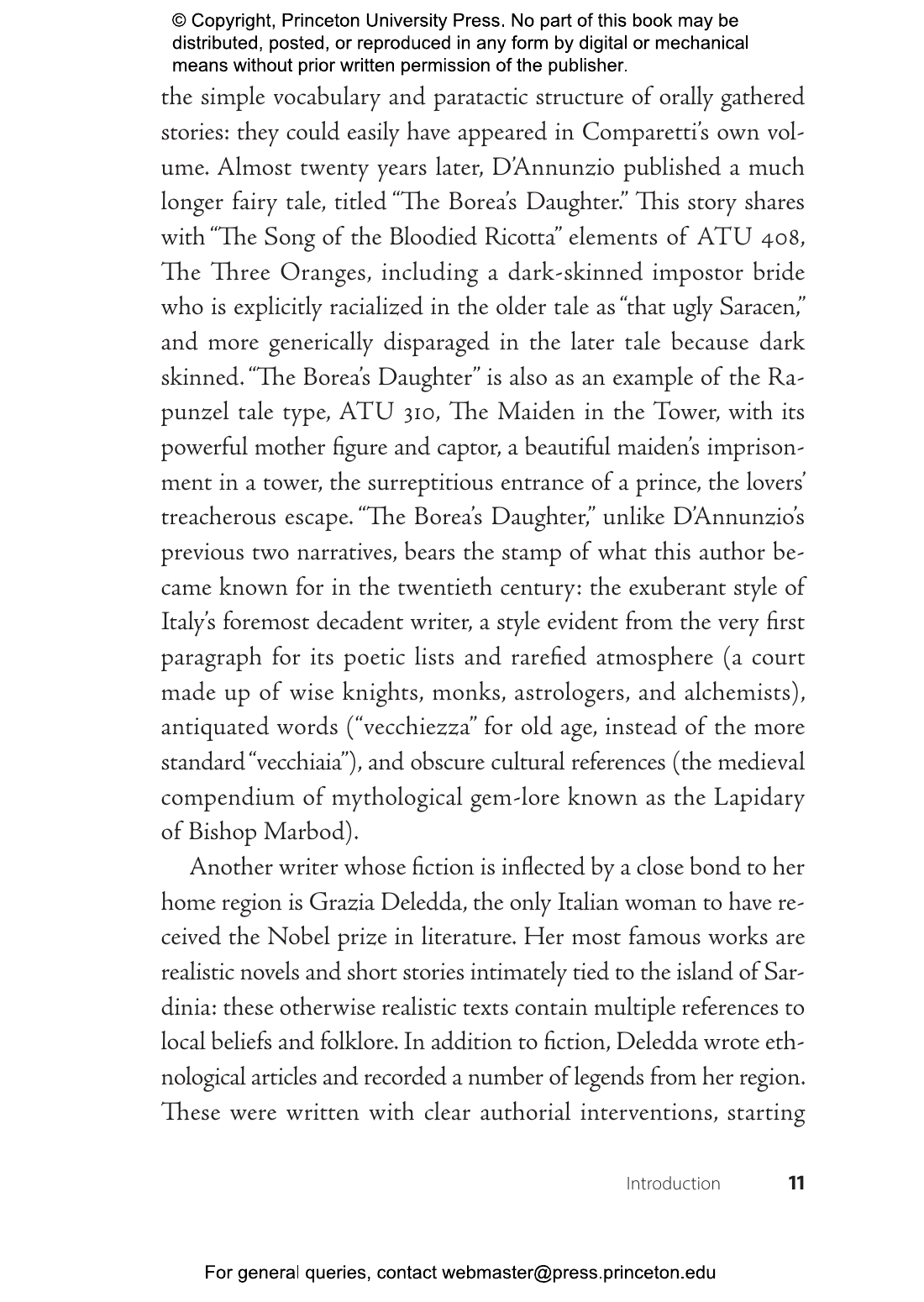 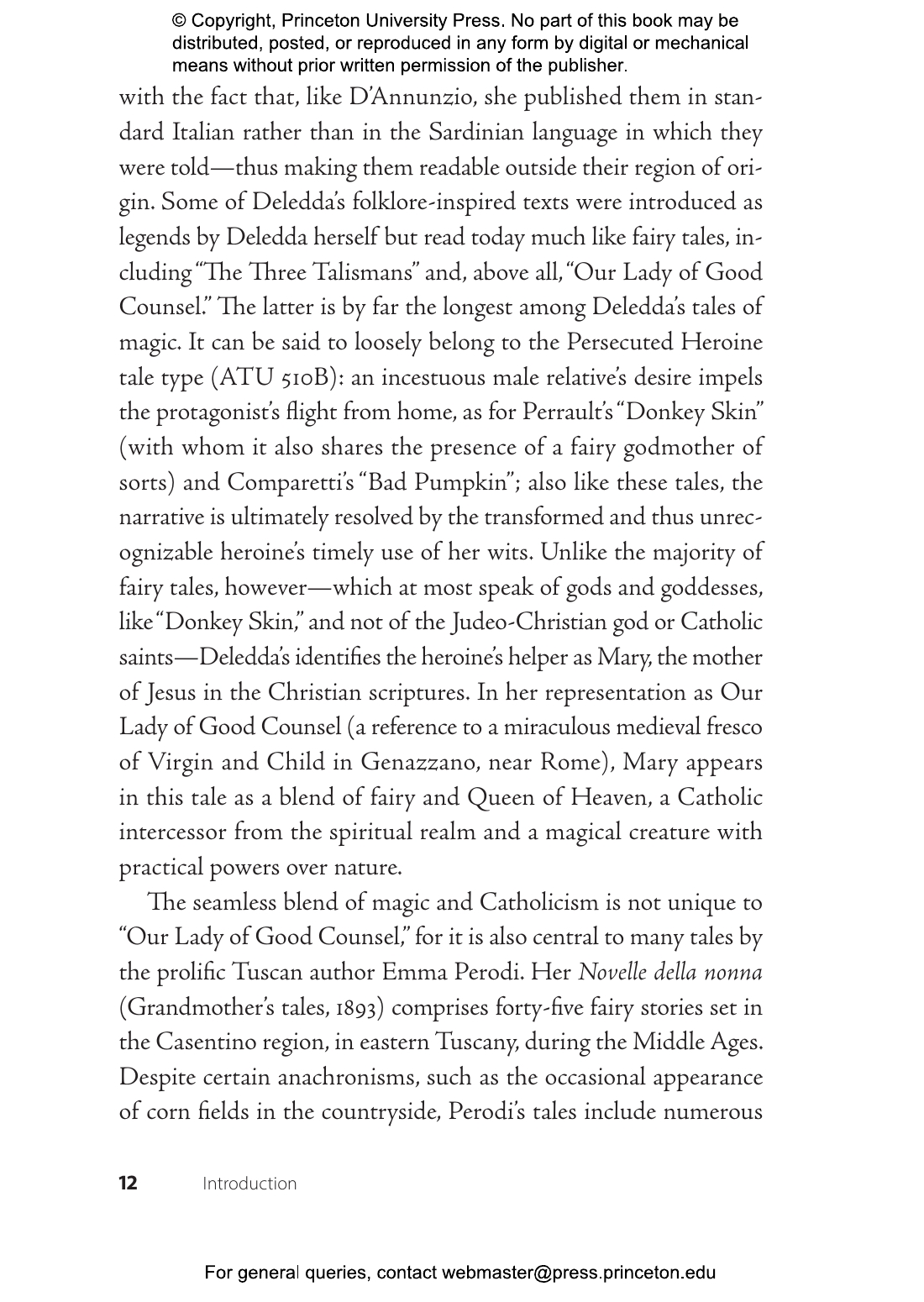 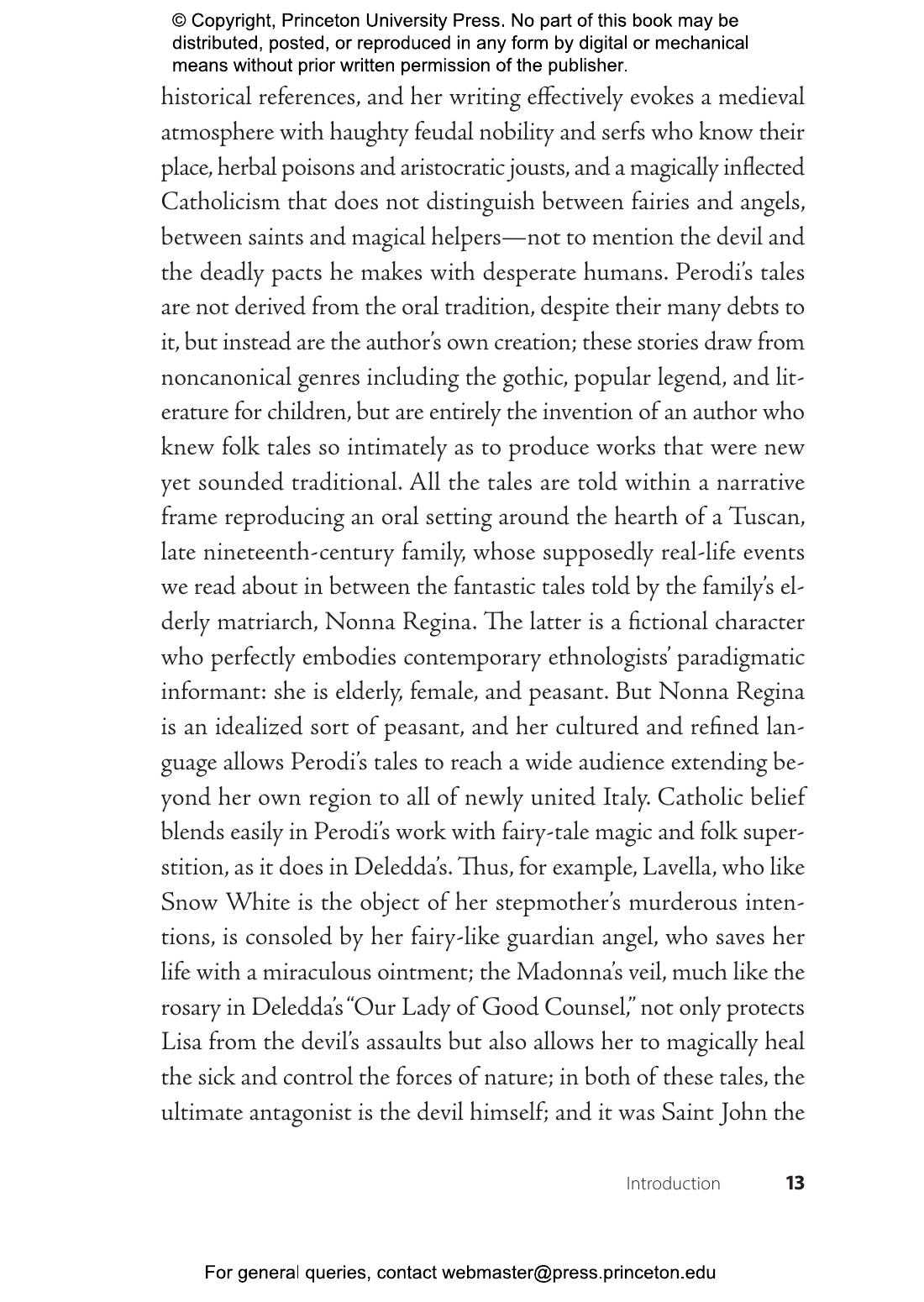 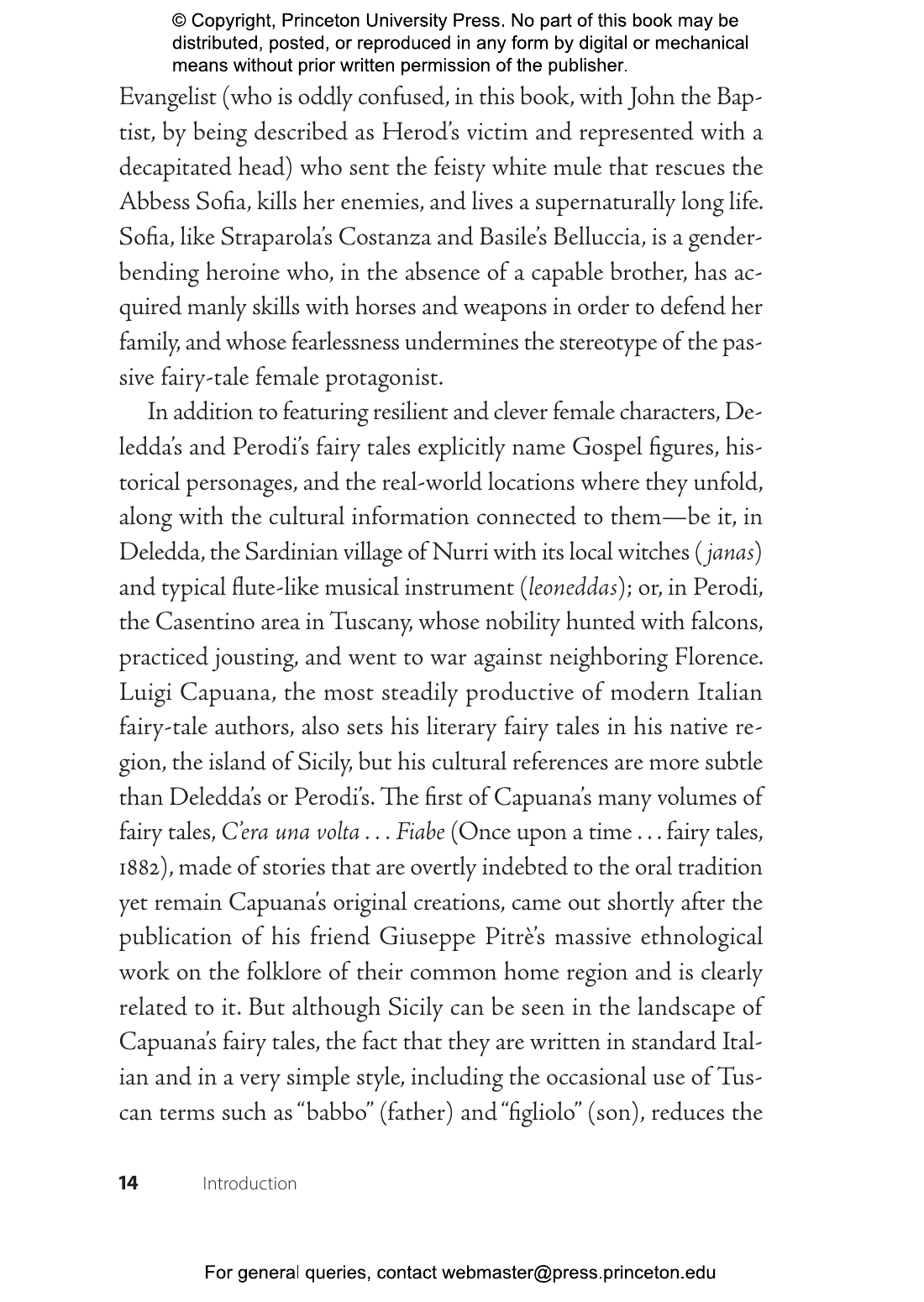 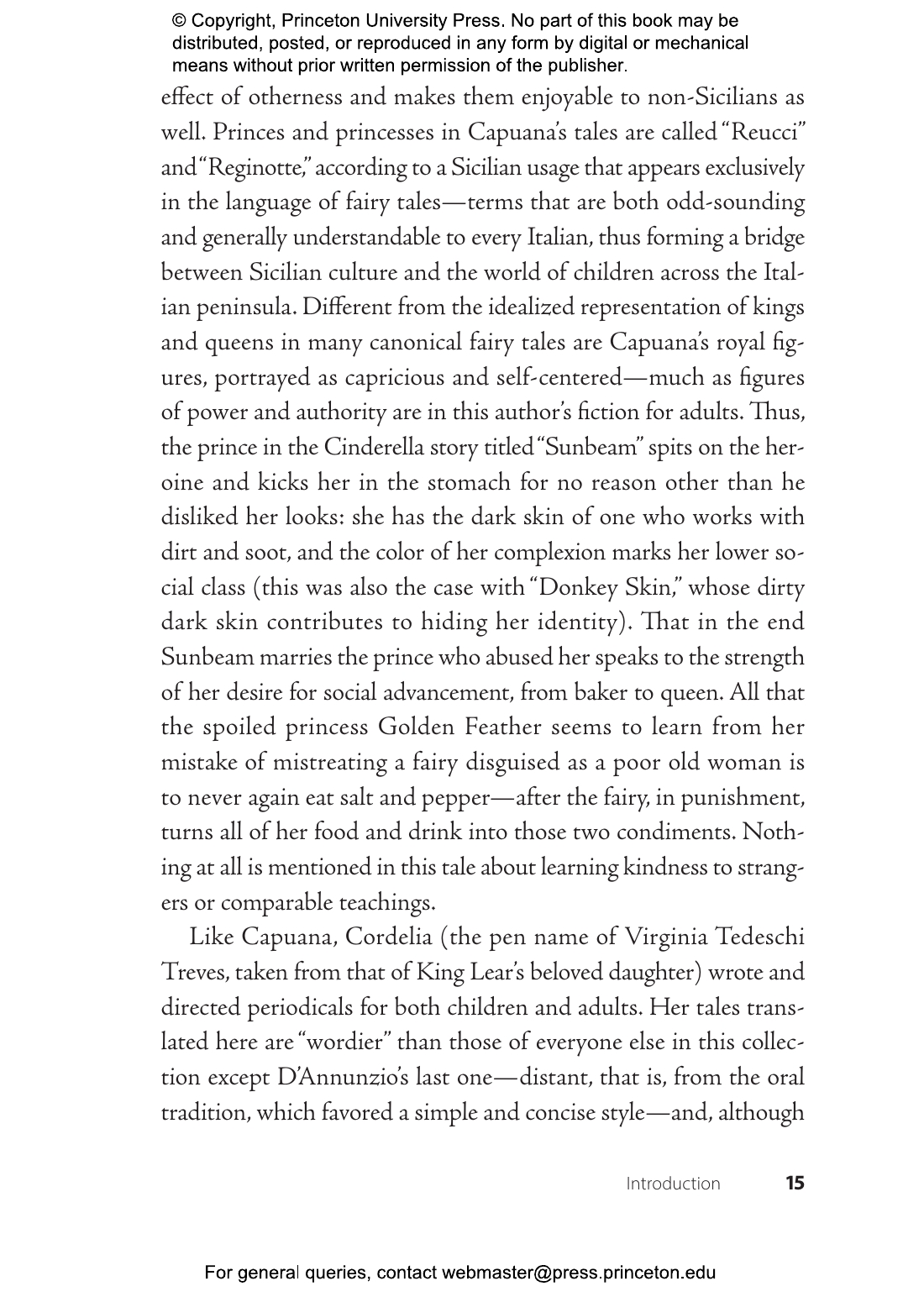 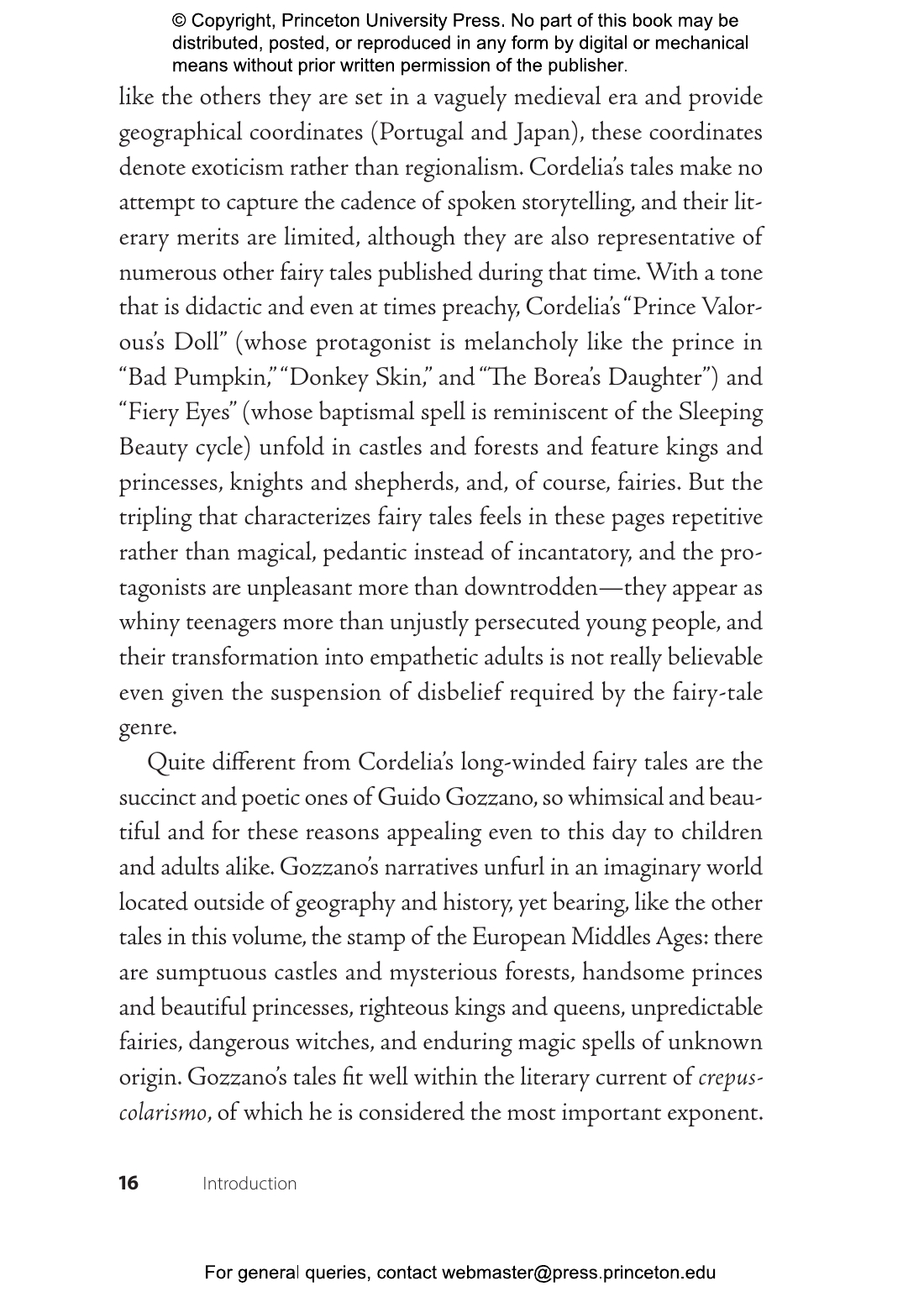 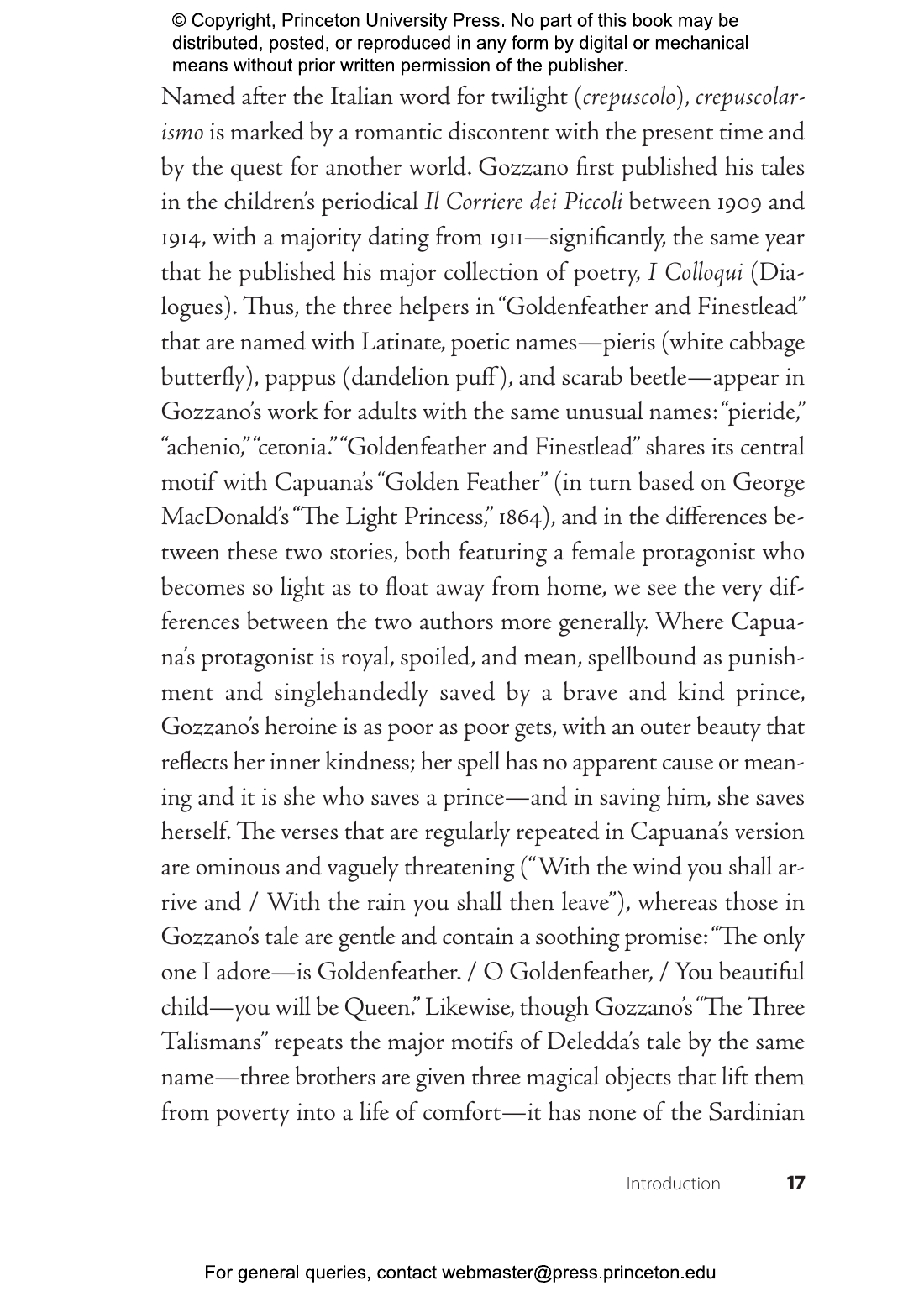 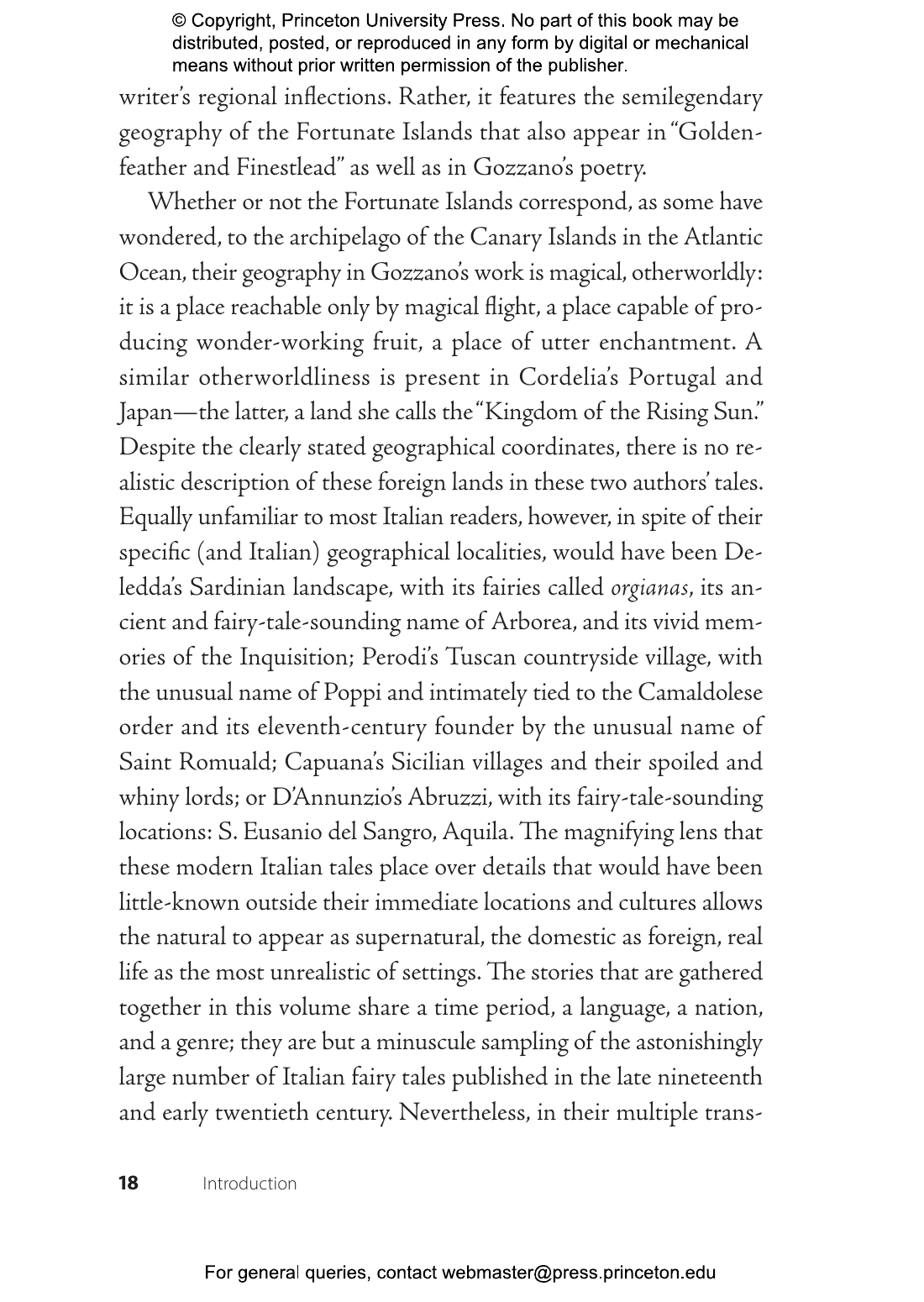 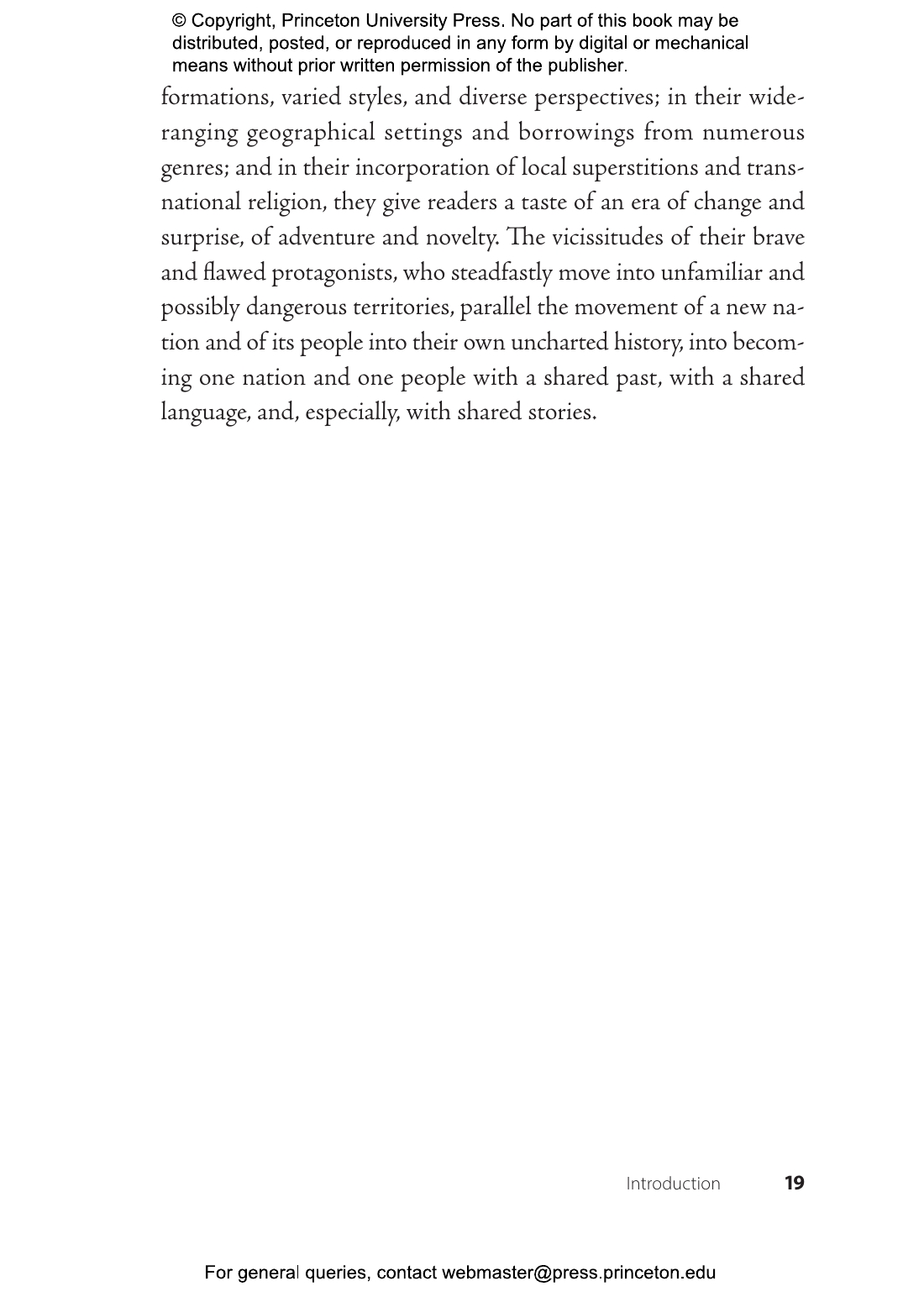 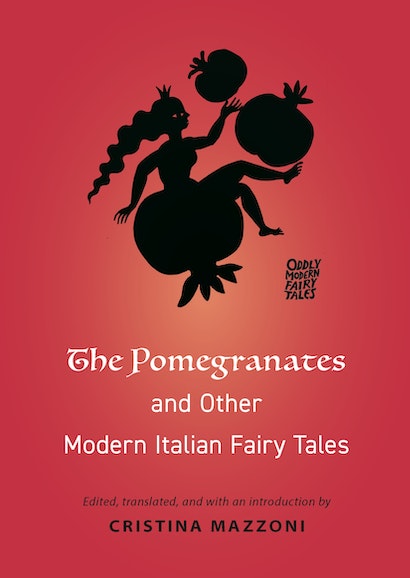 The Pomegranates and Other Modern Italian Fairy Tales presents twenty magical stories published between 1875 and 1914, following Italy’s political unification. In those decades of political and social change, folklorists collected fairy tales from many regions of the country while influential writers invented original narratives in standard Italian, drawing on traditional tales in local dialects, and translated others from France. This collection features a range of these entertaining jewels from such authors as Carlo Collodi, most celebrated for the novel Pinocchio, and Domenico Comparetti, regarded as the Italian Grimm, to Grazia Deledda, the only Italian woman to have received the Nobel Prize in Literature. With one exception, all of these tales are appearing in English for the first time.

The stories in this volume are linked by themes of metamorphosis: a man turns into a lion, a dove, and an ant; a handsome youth emerges from a pig’s body; and three lovely women rise out of the rinds of pomegranates. There are also more introspective transformations: a self-absorbed princess learns about manners, a melancholy prince finds joy again, and a complacent young woman discovers gratitude. Cristina Mazzoni provides a comprehensive introduction that situates the tales in their cultural and historical context. The collection also includes period illustrations and biographical notes about the authors.

Filled with adventures, supernatural and fantastic events, and brave and flawed protagonists, The Pomegranates and Other Modern Italian Fairy Tales will delight, surprise, and astonish.

Cristina Mazzoni is the Wolfgang and Barbara Mieder Green and Gold Professor of Romance Languages and Cultures at the University of Vermont. Her many books include Golden Fruit: A Cultural History of Oranges in Italy and She-Wolf: The Story of a Roman Icon. She lives in Burlington, Vermont. Instagram @artsbymcm

"[These stories] can be appreciated by those interested in social and political history as much as folklorists, anomalists and storytellers – and for all those in need of a little (weird) reenchantment."—Olivia Armstrong, Fortean Times

“The Pomegranates and Other Modern Italian Fairy Tales fills a gap in the history of Italian fairy tales and suggests how such stories contributed to cultural nation building. Mazzoni’s judicious selection and translations allow readers to reflect on how these tales of transformation remain grounded in aspects of Italian culture. A significant addition to fairy-tale studies and a good read!”—Cristina Bacchilega, author of Fairy Tales Transformed?

“These tales were a way for new ‘Italians’ to become aware of their fellow citizens’ lives, customs, and beliefs at a time when being ‘Italian’ was still largely to be defined. Engaging and fun to read.”—Nancy Canepa, translator of Giambattista Basile’s The Tale of Tales 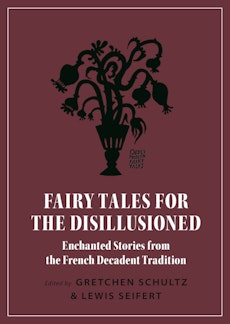