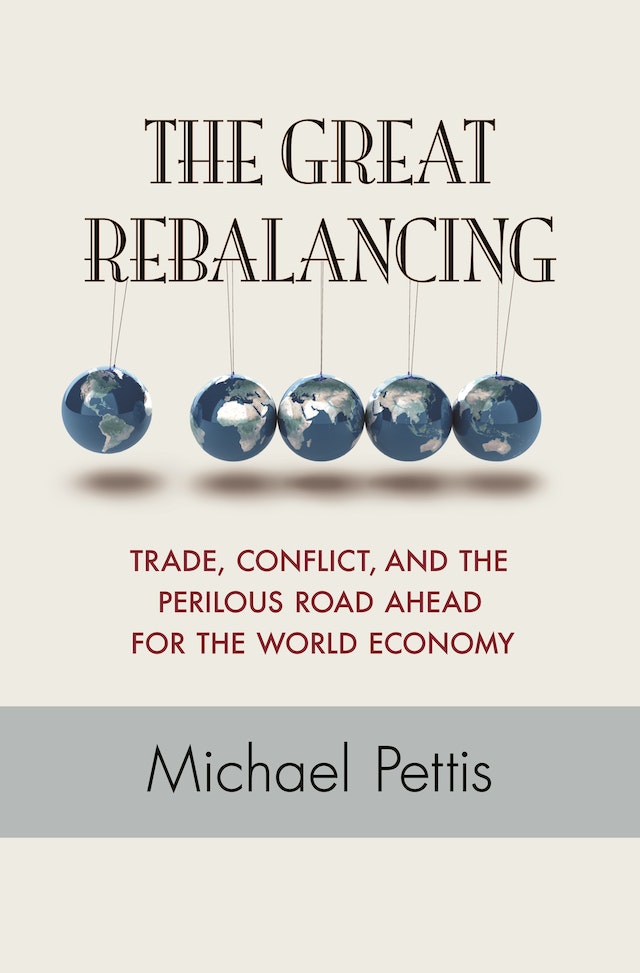 China’s economic growth is sputtering, the Euro is under threat, and the United States is combating serious trade disadvantages. Another Great Depression? Not quite. Noted economist and China expert Michael Pettis argues instead that we are undergoing a critical rebalancing of the world economies. Debunking popular misconceptions, Pettis shows that severe trade imbalances spurred on the recent financial crisis and were the result of unfortunate policies that distorted the savings and consumption patterns of certain nations. Pettis examines the reasons behind these destabilizing policies, and he predicts severe economic dislocations — a lost decade for China, the breaking of the Euro, and a receding of the U.S. dollar—that will have long-lasting effects.

Pettis explains how China has maintained massive—but unsustainable—investment growth by artificially lowering the cost of capital. He discusses how Germany is endangering the Euro by favoring its own development at the expense of its neighbors. And he looks at how the U.S. dollar’s role as the world’s reserve currency burdens America’s economy. Although various imbalances may seem unrelated, Pettis shows that all of them—including the U.S. consumption binge, surging debt in Europe, China’s investment orgy, Japan’s long stagnation, and the commodity boom in Latin America—are closely tied together, and that it will be impossible to resolve any issue without forcing a resolution for all.

Demonstrating how economic policies can carry negative repercussions the world over, The Great Rebalancing sheds urgent light on our globally linked economic future.

Michael Pettis is professor of finance and economics at Peking University, a senior associate at the Carnegie Endowment, and a widely read commentator on China, Europe, and the global economy. He is the author of The Volatility Machine: Emerging Economies and the Threat of Financial Collapse. 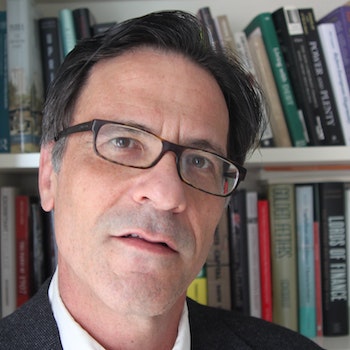 "Through the past decade of China's financial and strategic emergence, Michael Pettis has been a source of unfailing common sense about the possibilities and limitations of the Chinese model. Now he has put his analysis and recommendations into one concise book. I highly recommend reading and reconsulting his book to put the daily flow of China news into perspective."—James Fallows, author of China Airborne

"This is a brilliant book, one that absolutely must be read by all who are concerned with globalization's future. Michael Pettis debunks the reigning conventional wisdom about international trade, finance, and globalization, and provides the most clear-eyed, unbiased, and unvarnished insights into how the Chinese economy works. From Chinese savers to Greek debtors to American bankers, Pettis shows how we are all connected—and what to prepare for on the road ahead."—Clyde Prestowitz, author of The Betrayal of American Prosperity

"Michael Pettis has written an essential guide to the macroeconomic imbalances that bedevil today's global economy. We ignore his message at our peril."—Dani Rodrik, author of The Globalization Paradox

"This is a profoundly interesting exploration of the causes of the trade and capital imbalances that produced the 2008 financial crisis. Michael Pettis argues that the structural gap between China's domestic consumption and production is the central reason for its pursuit of export-led growth through currency undervaluation. His analysis focuses valuable attention on the deep domestic reforms required in all the major trading countries for the 'great rebalancing' of their international accounts—and the avoidance of continuing crises."—Robert Skidelsky, author of Keynes: The Return of the Master