An examination of China’s participation in the World Trade Organization, the conflicts it has caused, and how WTO reforms could ease them 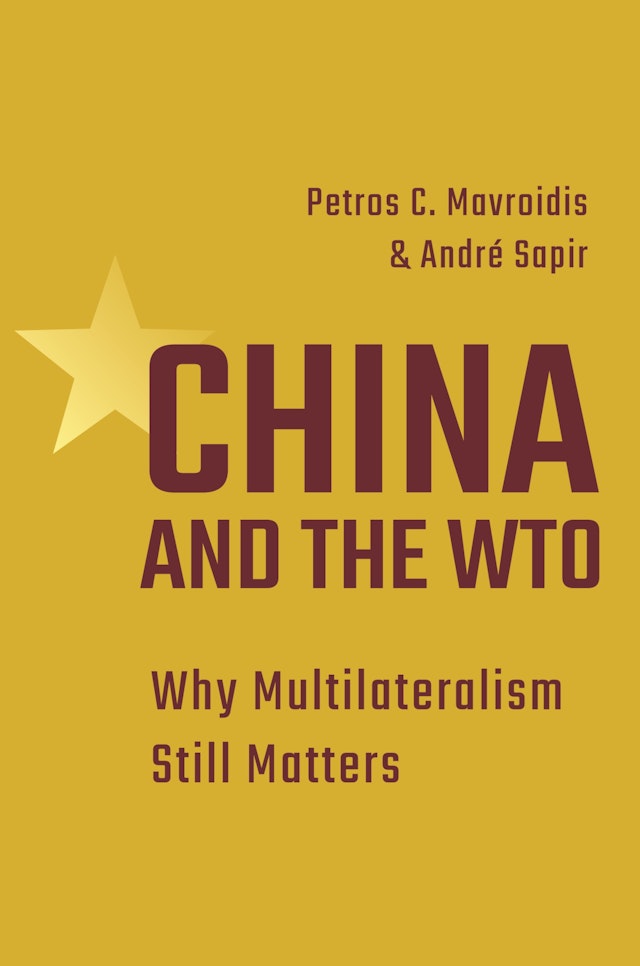 China’s accession to the World Trade Organization (WTO) in 2001 was rightly hailed as a huge step forward in international cooperation. However, China’s participation in the WTO has been anything but smooth, with China alienating some of its trading partners, particularly the United States. The mismatch between the WTO framework and China’s economic model has undermined the WTO’s ability to mitigate tensions arising from China’s size and rapid growth. What has to change? China and the WTO demonstrates that unilateral pressure, by the United States and others, is not the answer. Instead, Petros Mavroidis and André Sapir show that if the WTO enacts judicious reforms, it could induce China’s cooperation, leading to a renewed confidence in the WTO system.

The WTO and its predecessor, the General Agreement on Tariffs and Trade, are predicated on liberal domestic policies. They managed the previous accessions of socialist countries and big trading nations, but none were as large or powerful as China. Mavroidis and Sapir contend that for the WTO to function smoothly and accommodate China’s unique geopolitical position, it needs to translate some of its implicit principles into explicit treaty language. To make their point, they focus on two core complaints—that Chinese state-owned enterprises (SOEs) benefit from unfair trade advantages, and that domestic companies, private as well as SOEs, impose forced technology transfer on foreign companies as a condition for accessing the Chinese market—and they lay out specific proposals for WTO reforms.

In an age of global trade disputes, China and the WTO offers a timely exploration of unprecedented challenges to the current multilateral system and fresh ideas for lasting solutions.

Petros C. Mavroidis is the Edwin B. Parker Professor of Foreign and Comparative Law at Columbia Law School. His books include The Regulation of International Trade. André Sapir is professor of economics at the Solvay Brussels School of Economics & Management at the Université libre de Bruxelles (ULB) and senior fellow at Bruegel. His books include Fragmented Power: Europe and the Global Economy. 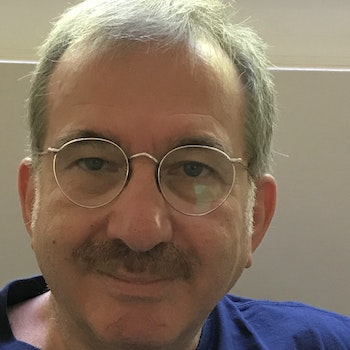 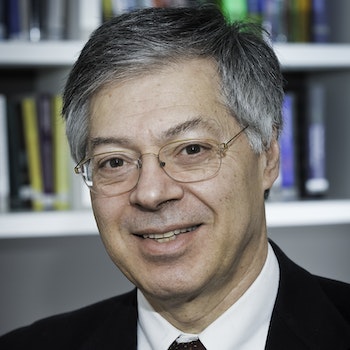 "China's model of state capitalism represents the biggest challenge facing the world trading system. In this important book, Mavroidis and Sapir give an insightful and illuminating analysis of whether China's approach can be made compatible with WTO rules and norms."—Douglas Irwin, author of Clashing over Commerce: A History of U.S. Trade Policy

"This book is essential reading for President Xi and his Western counterparts—but only if they are determined to save the multilateral trading system. While accepting Communist Party control in China, Mavroidis and Sapir provide practical answers to trade frictions rooted in state-owned enterprise and forced technology transfer. Their recommendations are nested in a brilliant account of China’s long engagement with the WTO."—Gary Clyde Hufbauer, Peterson Institute for International Economics

"As the trade war between the United States and China shakes the global economy and world trade order, China and the WTO offers piercing analysis of the underlying legal principles at stake. The book’s conclusions highlight why China’s state subsidies undermine trade cooperation but also point to areas for compromise. This is a must-read, for everyone from students of law to negotiators of policy."—Christina Davis, author of Why Adjudicate? Enforcing Trade Rules in the WTO

"This splendid book demonstrates how collaboration between today’s leading trade lawyer and a world-class economist can illuminate an important trade policy issue. Armed with Mavroidis and Sapir’s brilliantly argued prescriptions, policymakers can now successfully defend multilateralism against the witless attacks on it worldwide."—Jagdish Bhagwati, author of In Defense of Globalization

"The threat to the WTO’s existence and effectiveness, stemming from the loss of American leadership and the ‘trade war’ with China, is alarming. Mavroidis and Sapir present a valuable analysis of two key issues: technology transfer and intellectual property. The authors advocate a multilateral approach through the WTO that includes the United States, China, the EU, and Japan in discussions on the key sticking points, and they offer constructive suggestions for resolution of the impasse."—Anne Krueger, Johns Hopkins University

"This is a vitally important book, appearing at just the right time. Combining deep understanding of the economics, law, and institutional realities of international trade and the WTO regime, Mavroidis and Sapir confront a pressing contemporary question: How can China be incorporated into the international economic system without undermining it? Their analysis should be widely read, and their proposals debated seriously."—Paul Tucker, author of Unelected Power

"While there cannot be a WTO without China, keeping trade open with this gargantuan nation will require its acceptance of further multilateral trade conditions. Mavroidis and Sapir recommend a timely and solid set of new proposals to solve this complex and important conundrum."—Pascal Lamy, former director-general of the World Trade Organization

"This is an insightful book on a significant and timely topic. Engaging with the existing literature and usefully advancing the debate, China and the WTO will interest all who are concerned with the future of the global trading system."—Philip I. Levy, Flexport

"Although the debates about why China-related issues have uprooted the global trade regime are not new, there are few books that have attempted to grapple with the complex questions underlying the crisis. Synthesizing information across multiple disciplines, China and WTO is a one-stop source that will allow readers to quickly come up to speed on legal issues, historical context, and diplomatic realities surrounding this topic."—Mark Wu, Harvard University