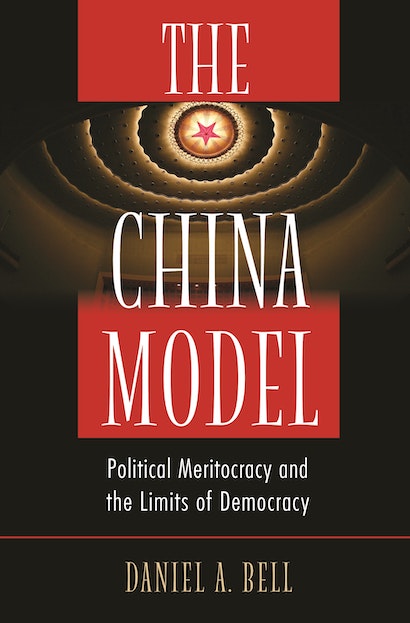 "[Bell] offers an earnest, well-balanced, and timely discussion of the limitations and suitability of Western liberal democracy to current Chinese realities. . . . This is a very bold recommendation that aptly rounds off what is throughout a highly original volume steeped in political theory. It hopefully will instigate serious debate."—Niv Horesh, China Journal

"A must-read text for all political scientists, in particular, for those who study democracy and democratization."—Baogang He, Perspectives on Politics

"A serious intellectual work that deserves to be read by scholars who are interested in the merits and limitations of liberal democracy."—Lynette H. Ong, Perspectives on Politics

"Bell is a gadfly in the best sense of the word: here probing, preening, and promoting the concept of meritocracy in a way that certainly hits a nerve with liberals inside and outside China who have an unshakeable faith in the superiority of electoral democracy. Bell’s book is a sophisticated and sincerely empathetic corrective to the absolutism and triumphalism of an unquestioned faith in American-style electoral democracy. And in the Trump era it may even suggest some useful insights on how and why inept leaders can be replaced as well as a reminder of the damage they can do."—Paul Evans, Pacific Affairs

"Every standard political theorist of the West has much to learn from Bell's book."—Luigi Caranti, Philosophy and Public Issues