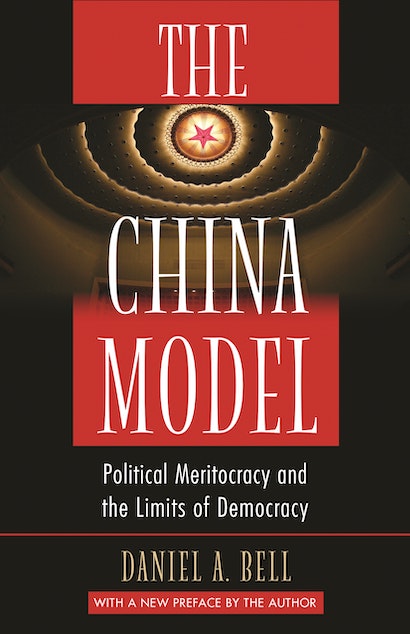 "This book is a must-read text for all political scientists, in particular, for those who study democracy and democratization. It can open their eyes and help them to move out of their comfort zone to examine the tough and pressing issues in the real world in which democracy and meritocracy must be combined to improve democratic government and solve many practical issues."—He Baogang, Perspectives in Politics

"In conclusion, Bell's book is interesting and intriguing. It argues convincingly that every political system is a trade-off, and asks important questions about the US (electoral) democracy and Chinese (communist) meritocracy. Bell also develops his own model, combining elements from both."—Dao

"A must-read scholarly account of China's political development with stimulating questions, powerful analysis as well as theoretically relevant arguments. The discussion of political elite-recruiting system impressively spans thousands of years, from ages of empires to nowadays, and a number of countries and regions including United States, China, Singapore, Hong Kong and Taiwan among others. One has to admire the comparative perspective the author puts in various historical periods and social contexts."—Bingdao Zheng, Chinese Political Science Review

"Reading Bell is rewarding. . . . This book is more than a bold challenge to democracy: it serves as a sincere invitation to a sober and less ideologically loaded dialogue between East and West."—Tao Wang, Asian Journal of Comparative Politics

Appendix 1: Harmony in the World