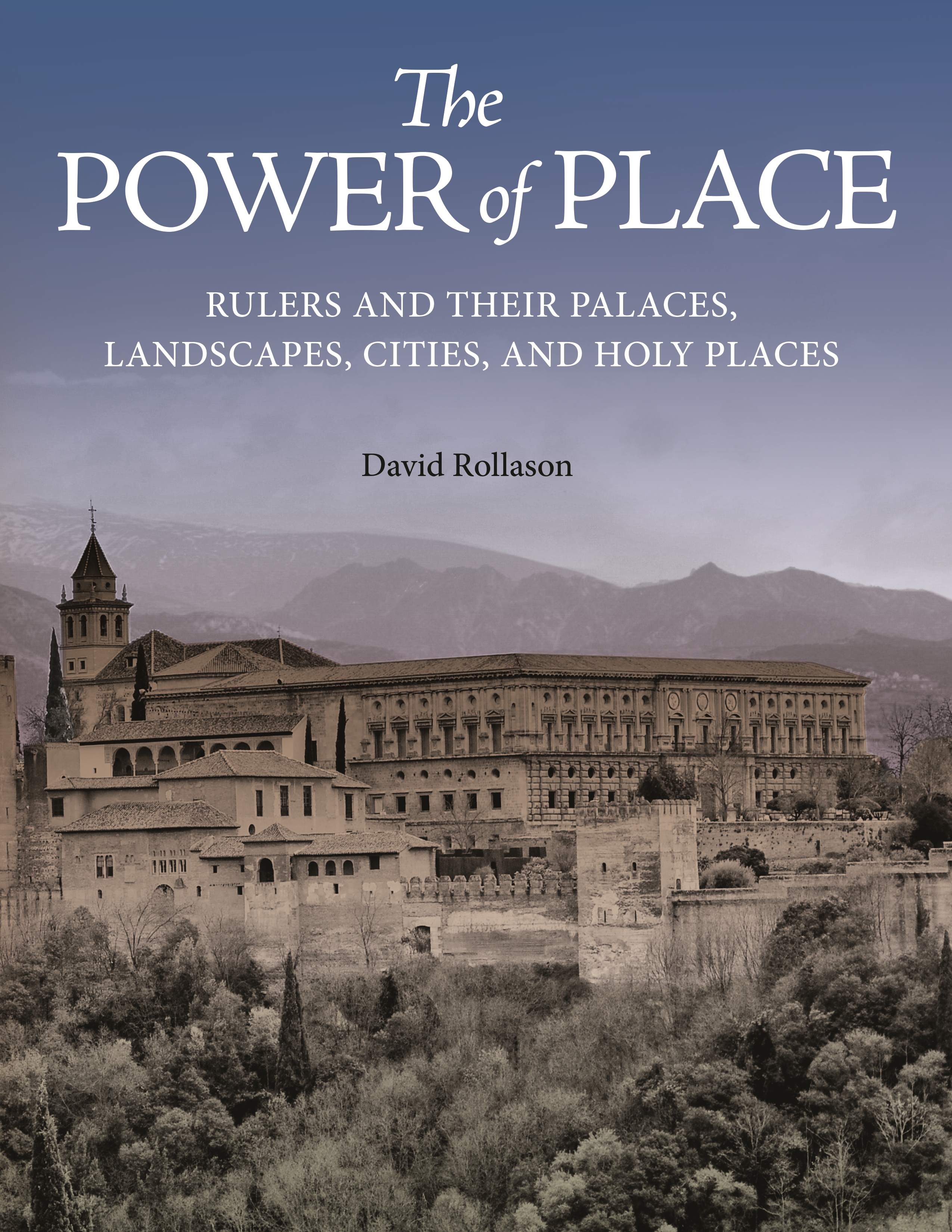 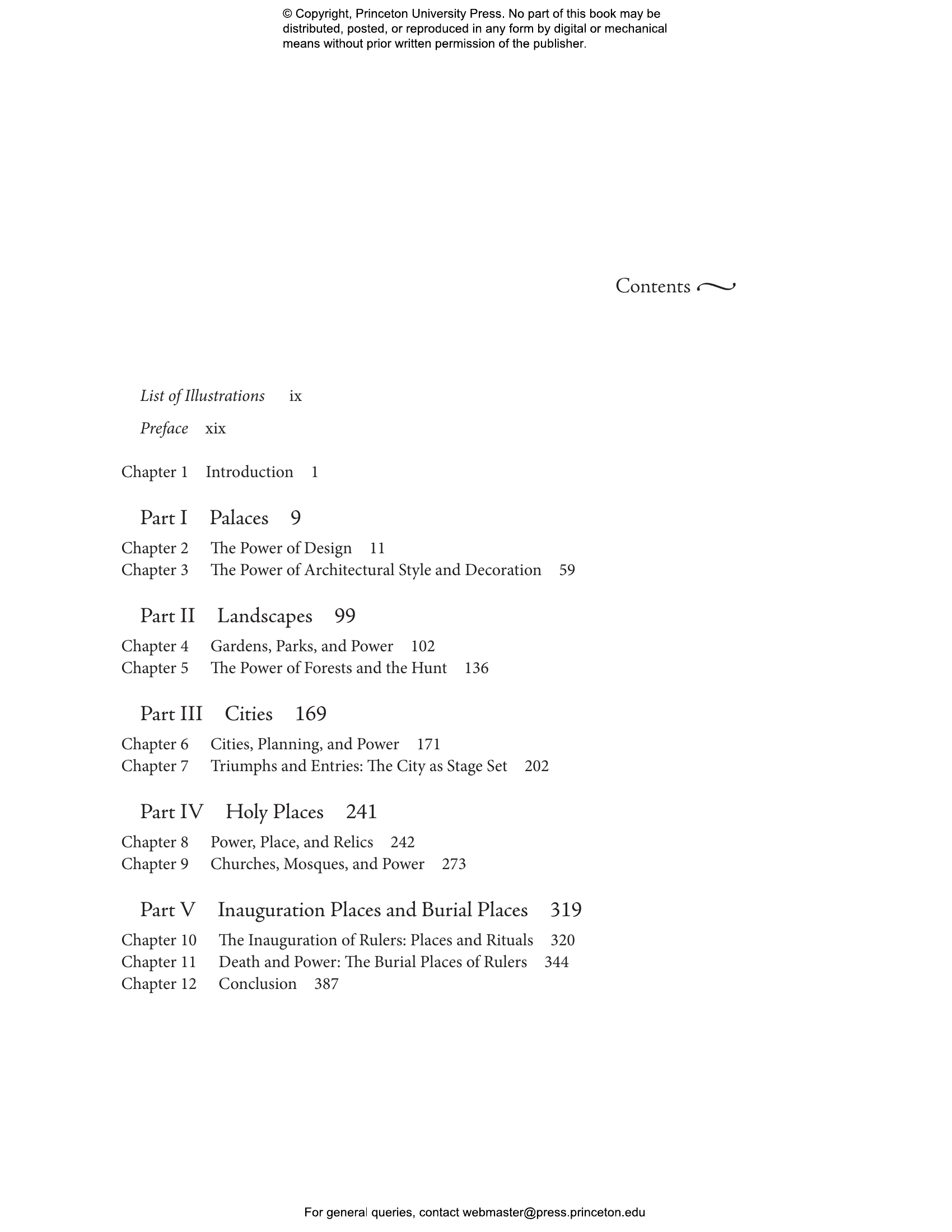 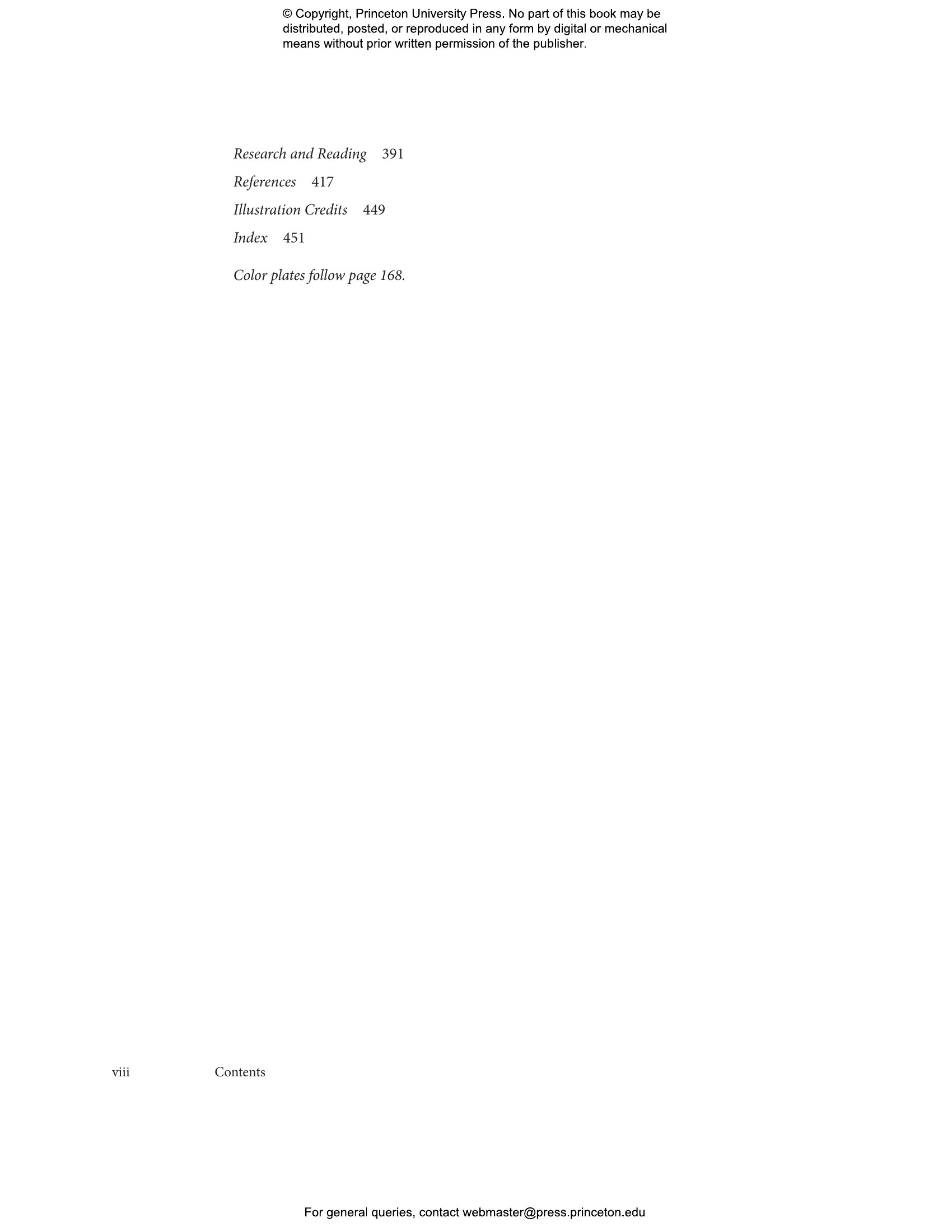 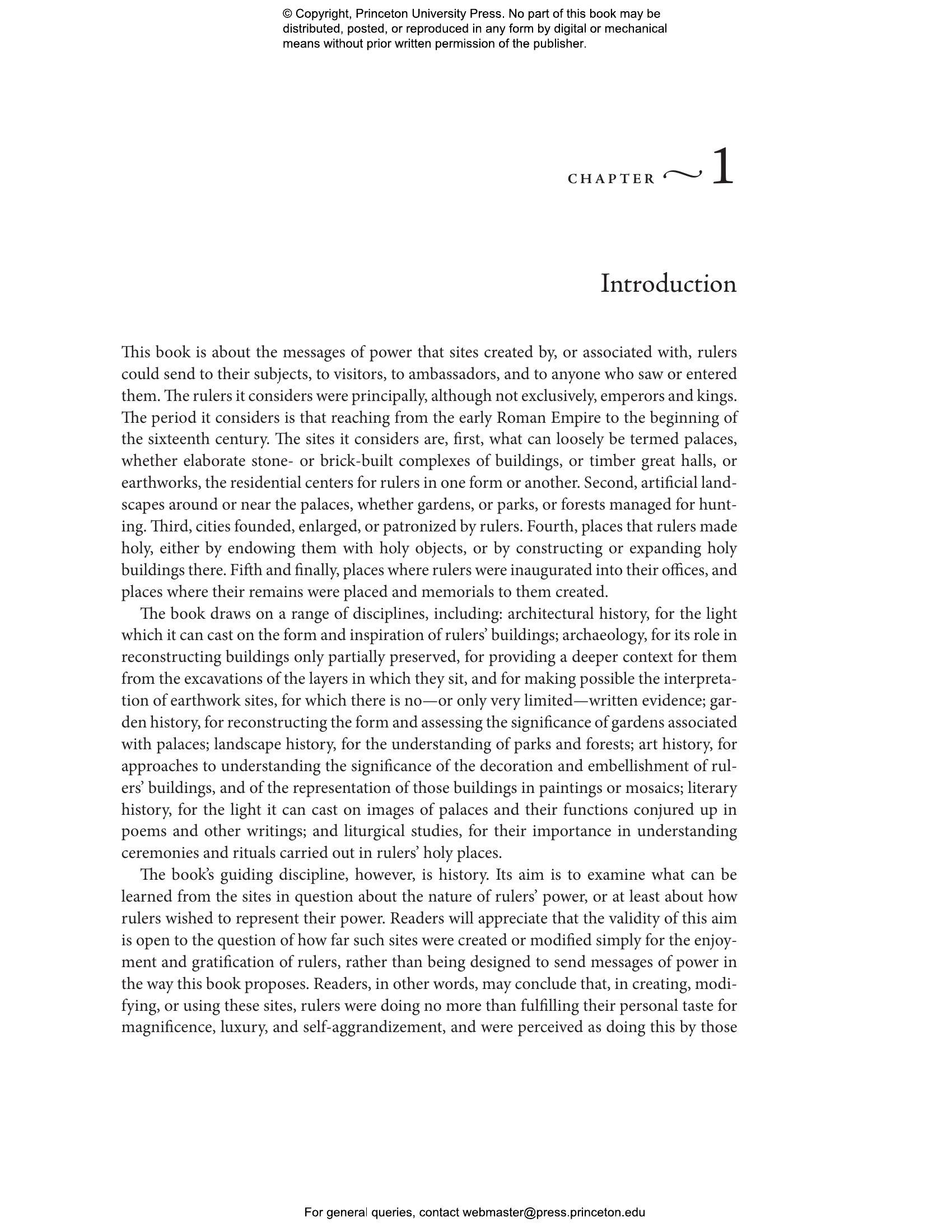 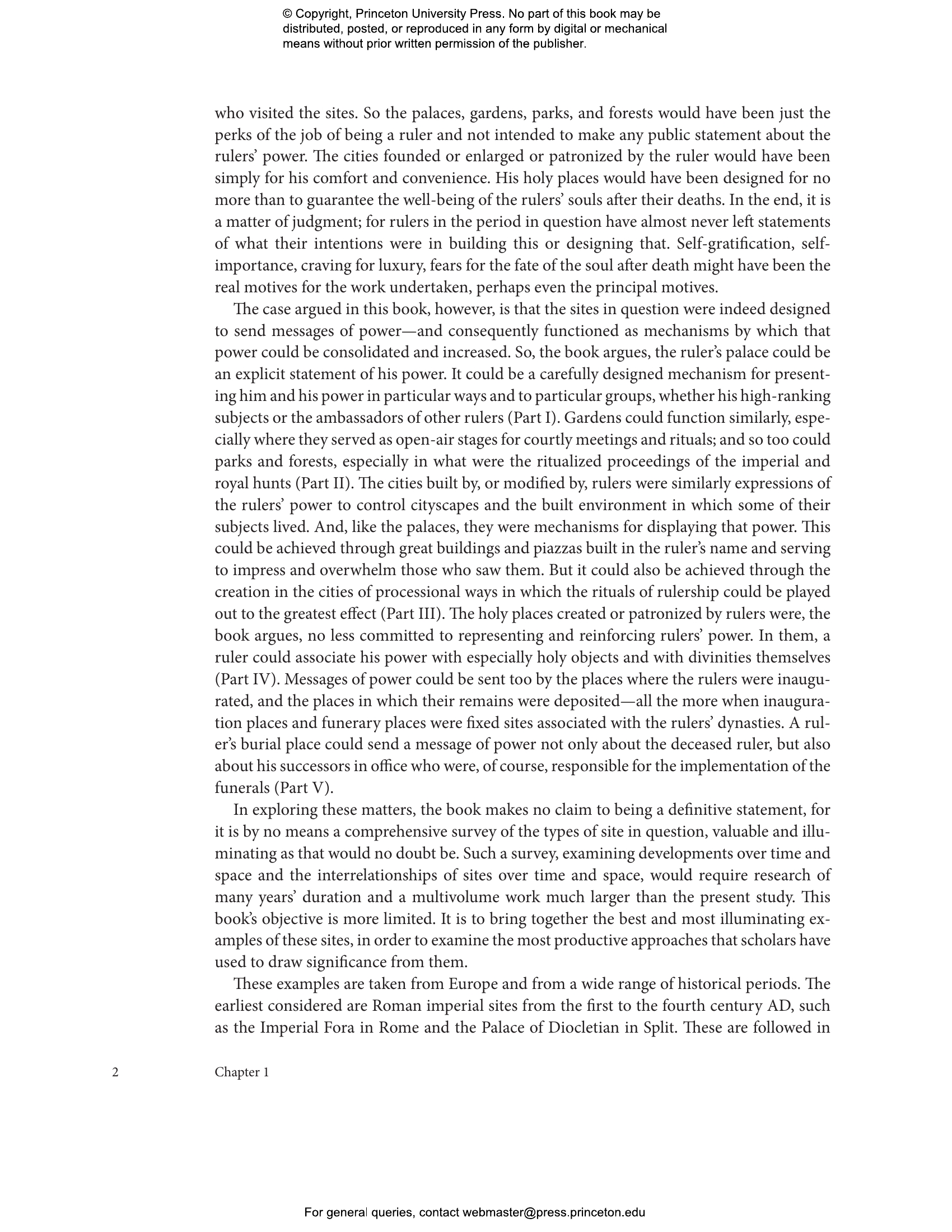 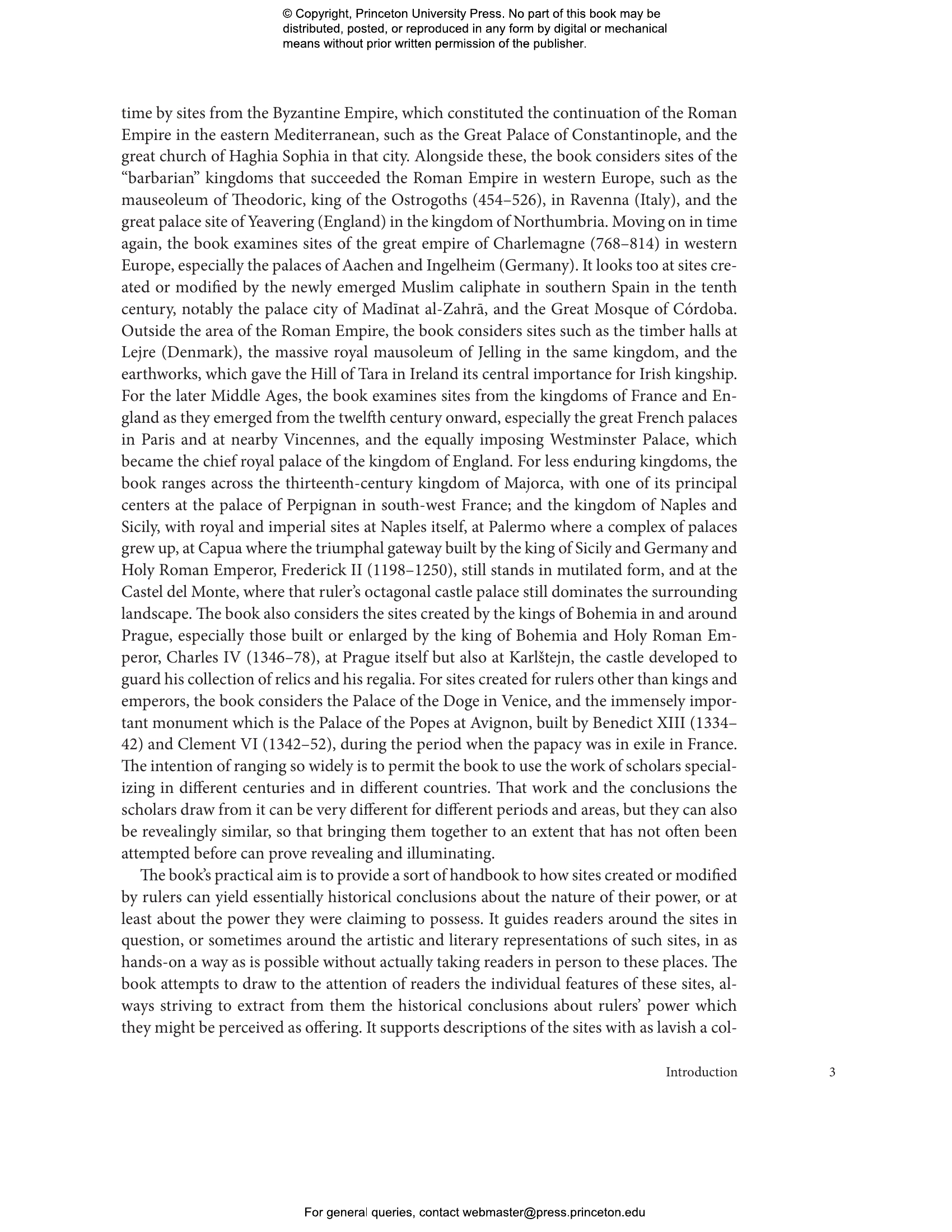 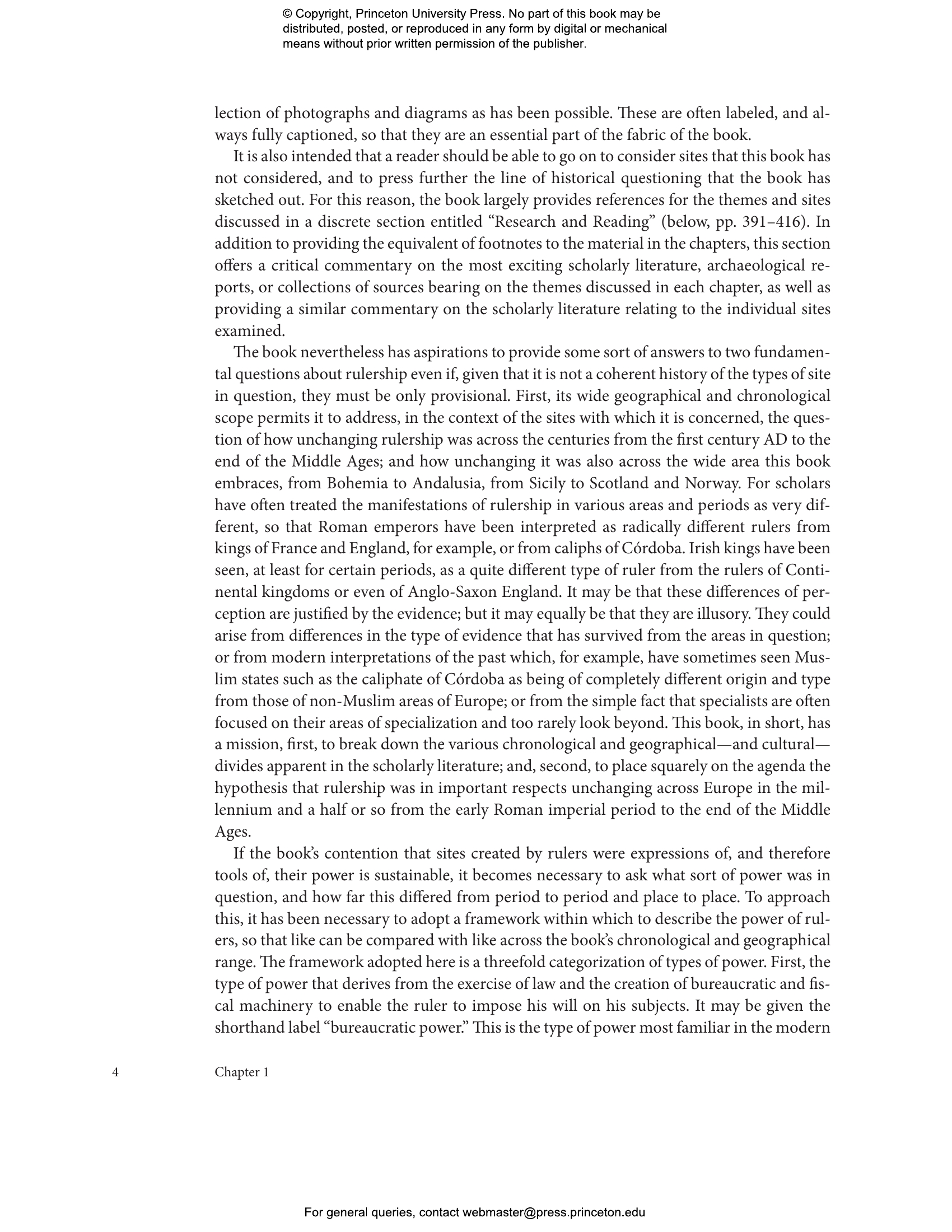 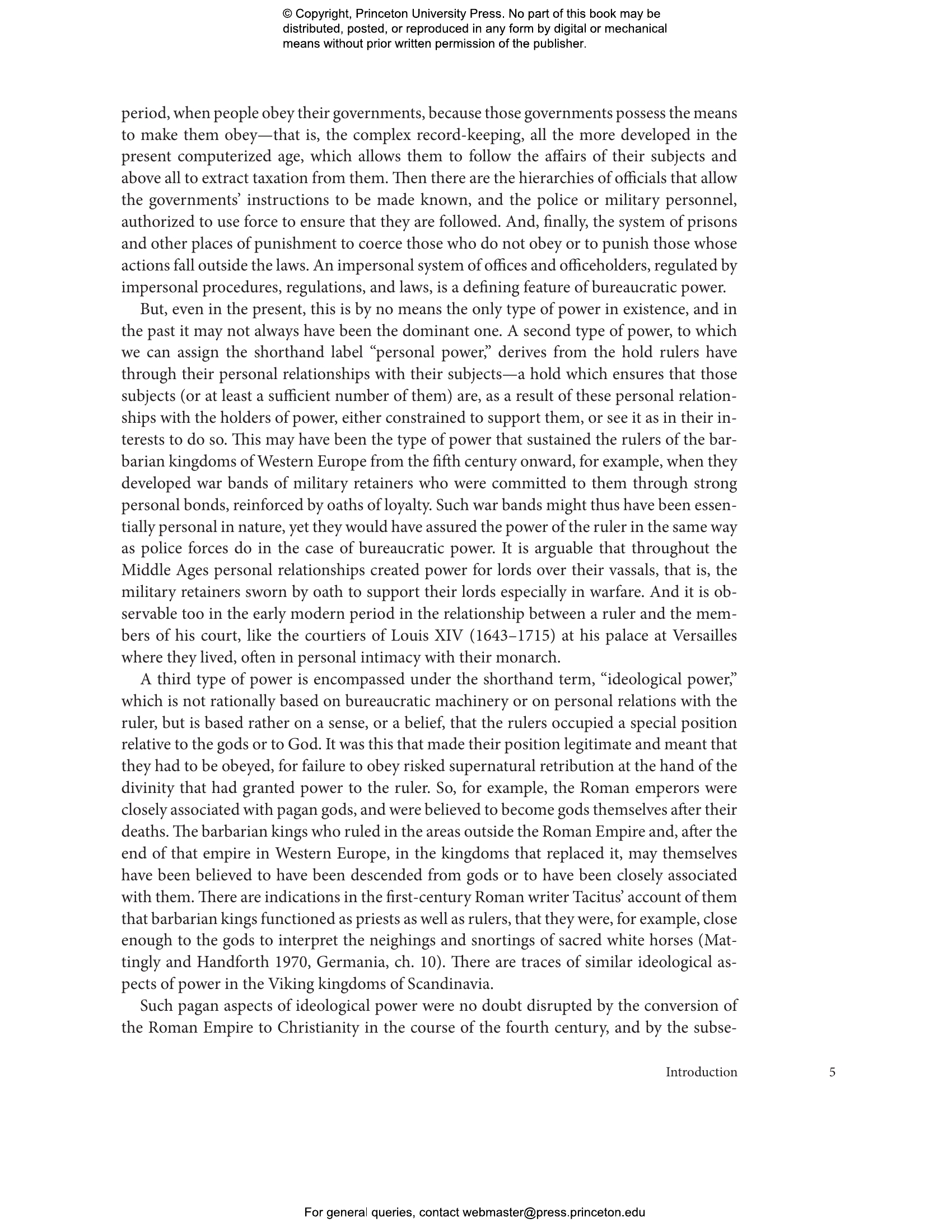 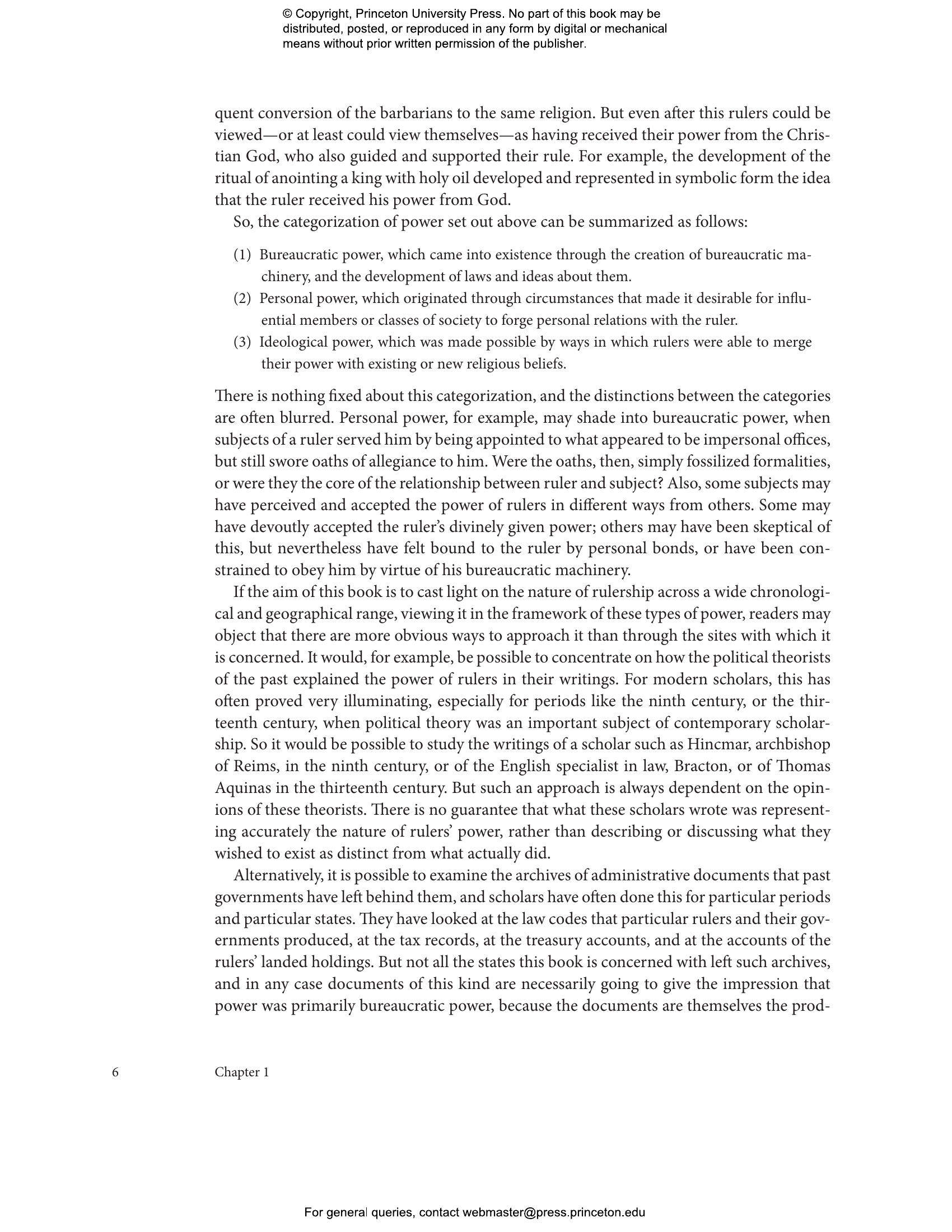 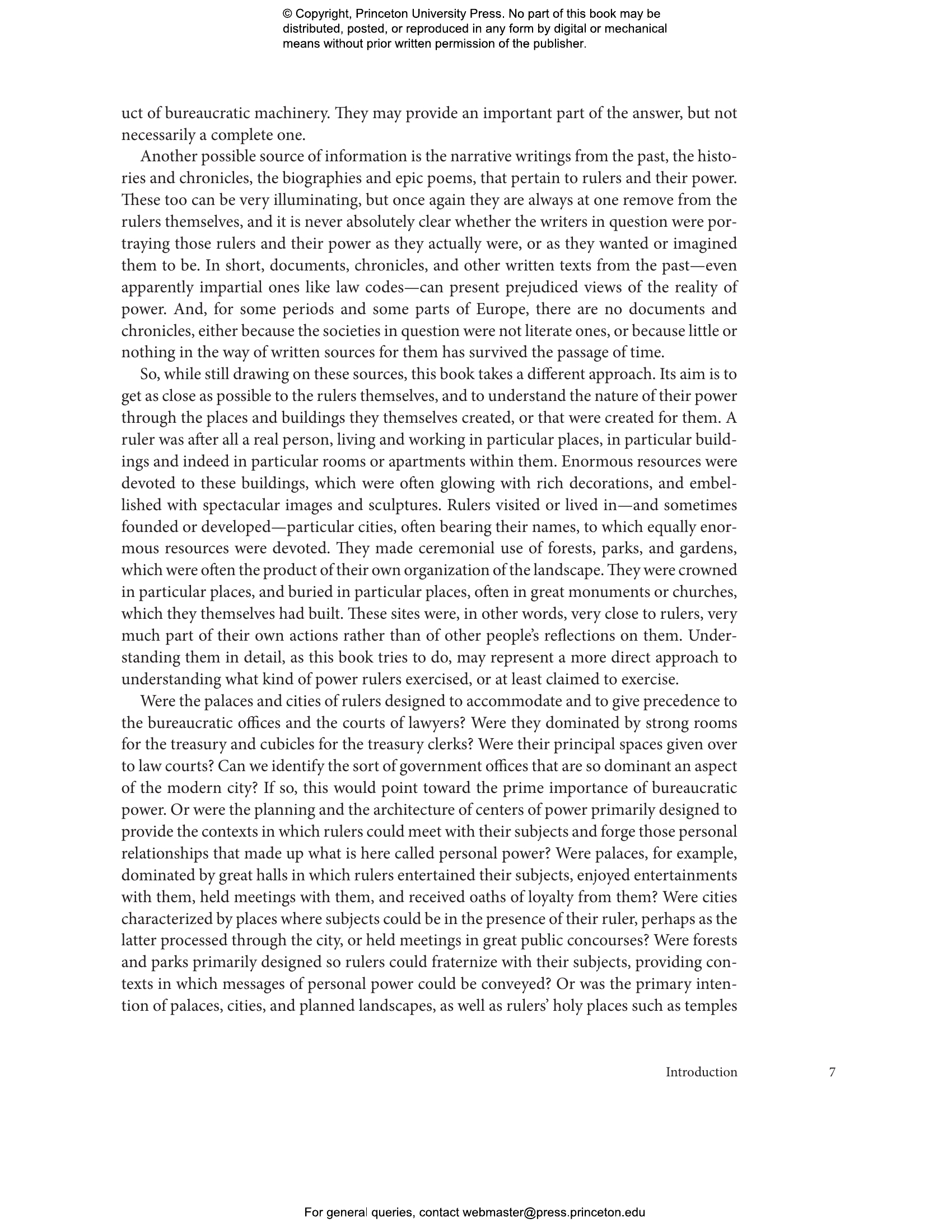 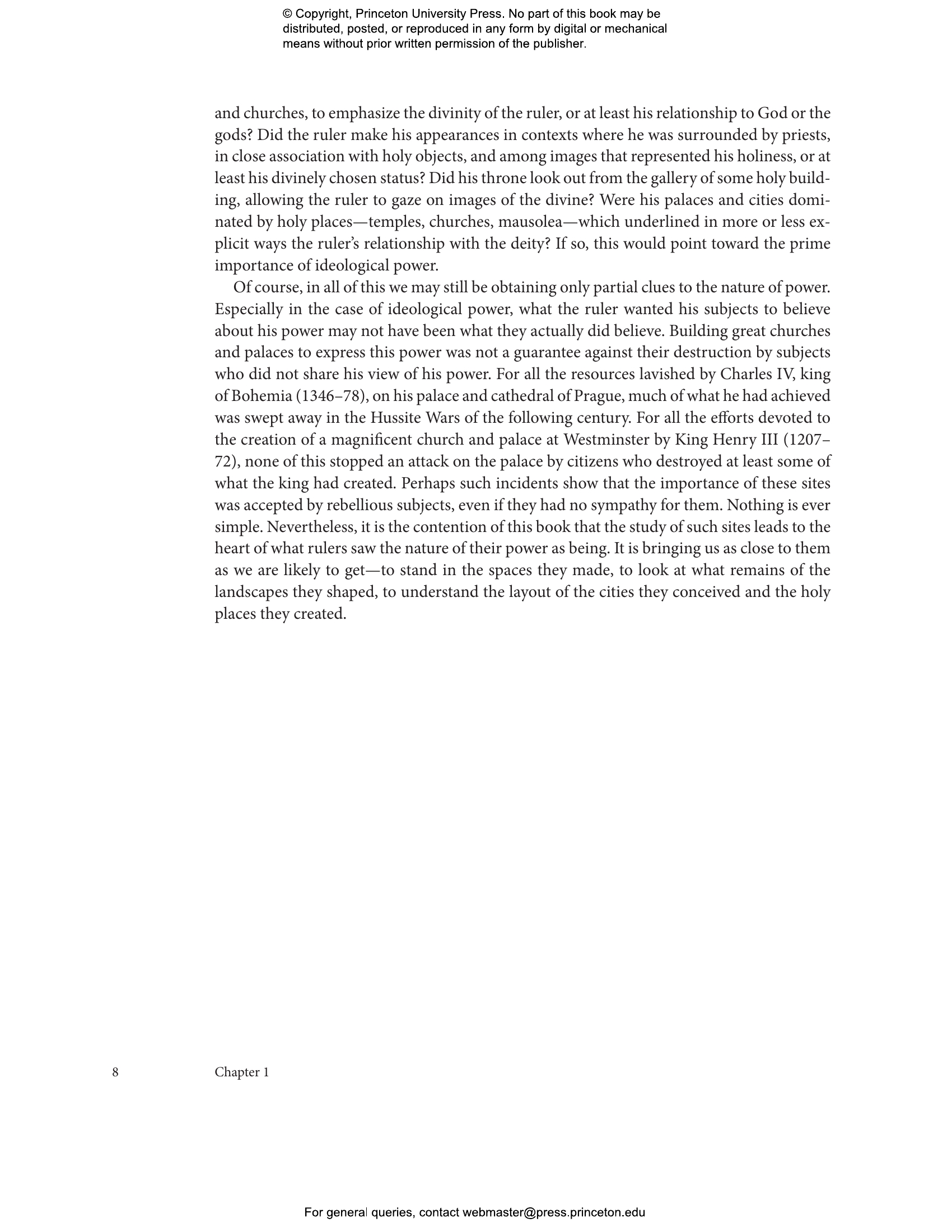 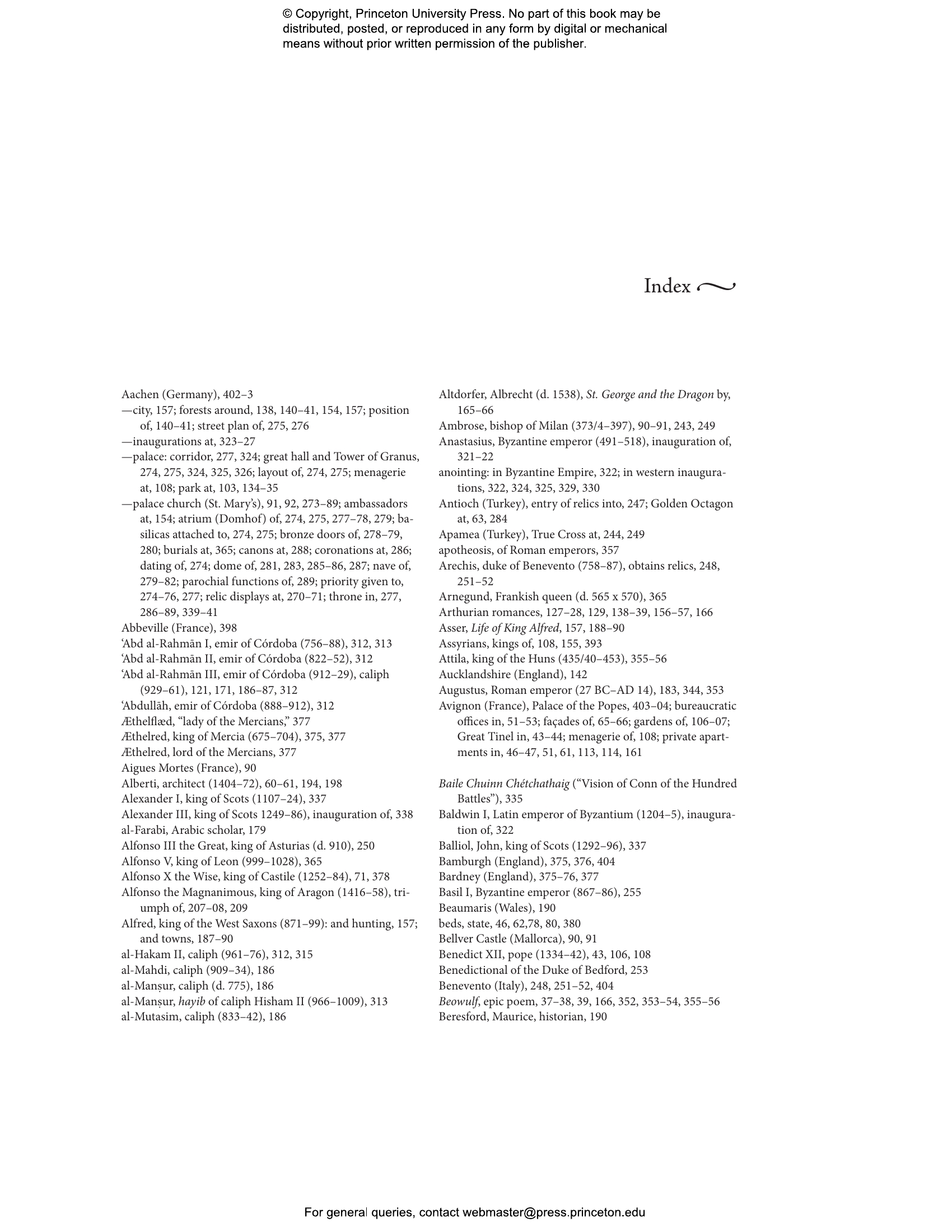 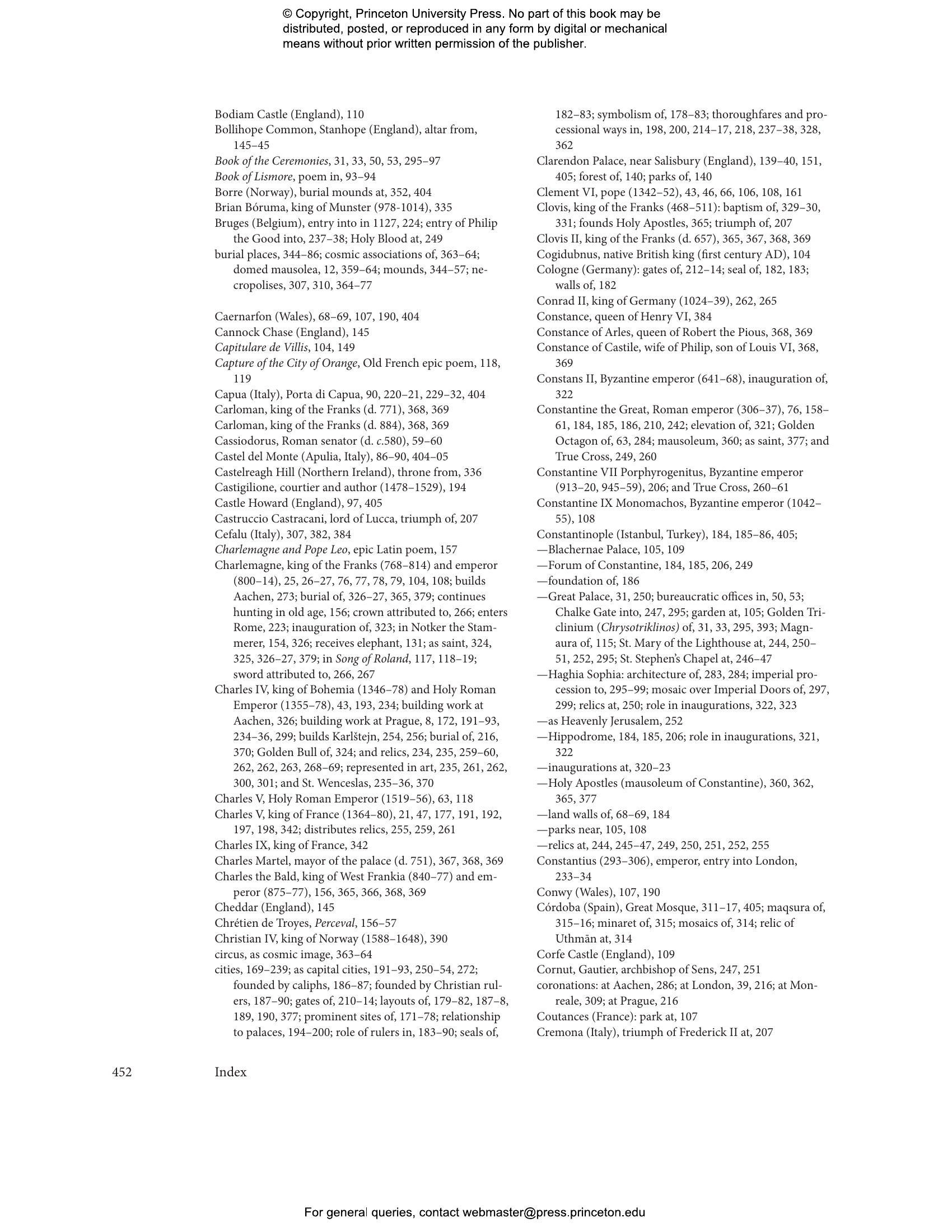 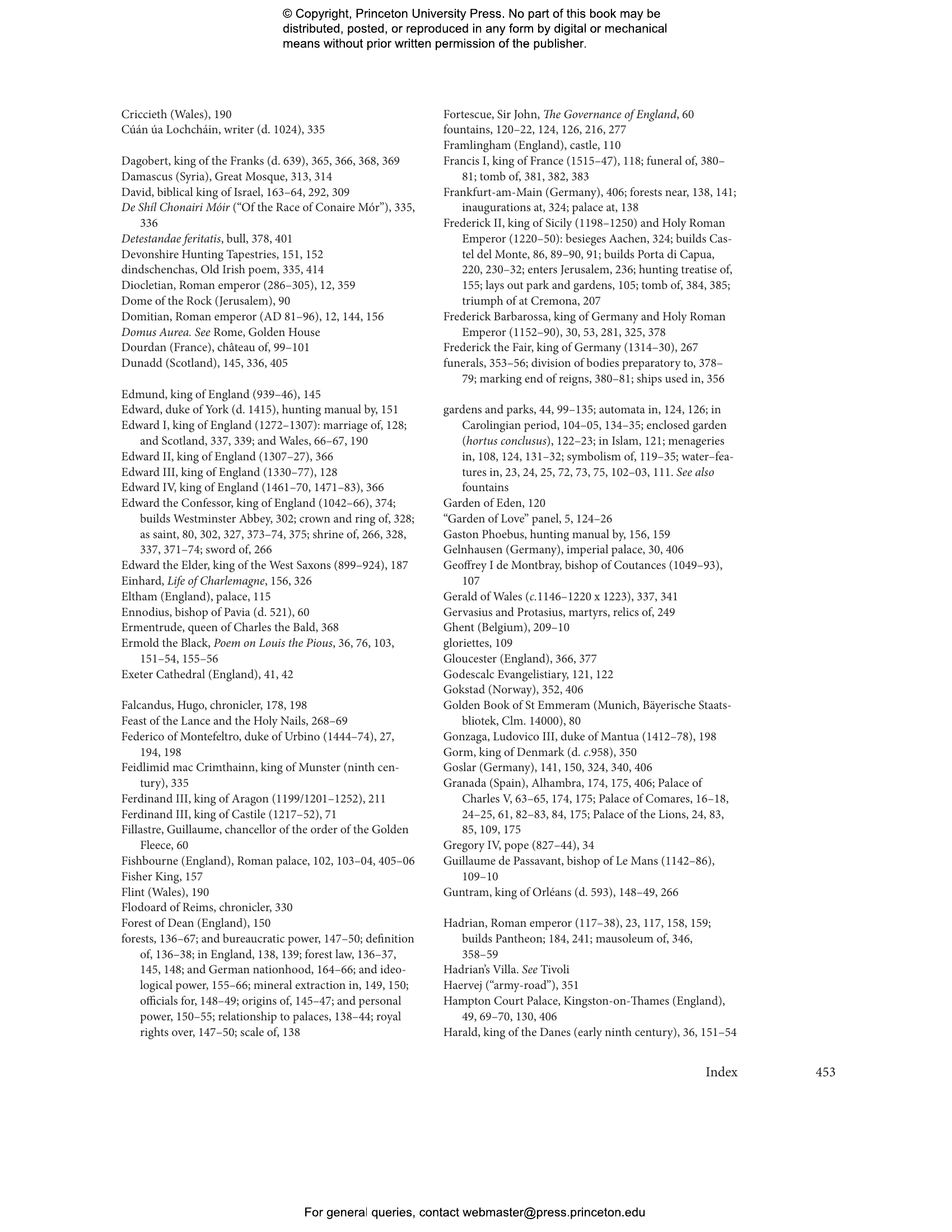 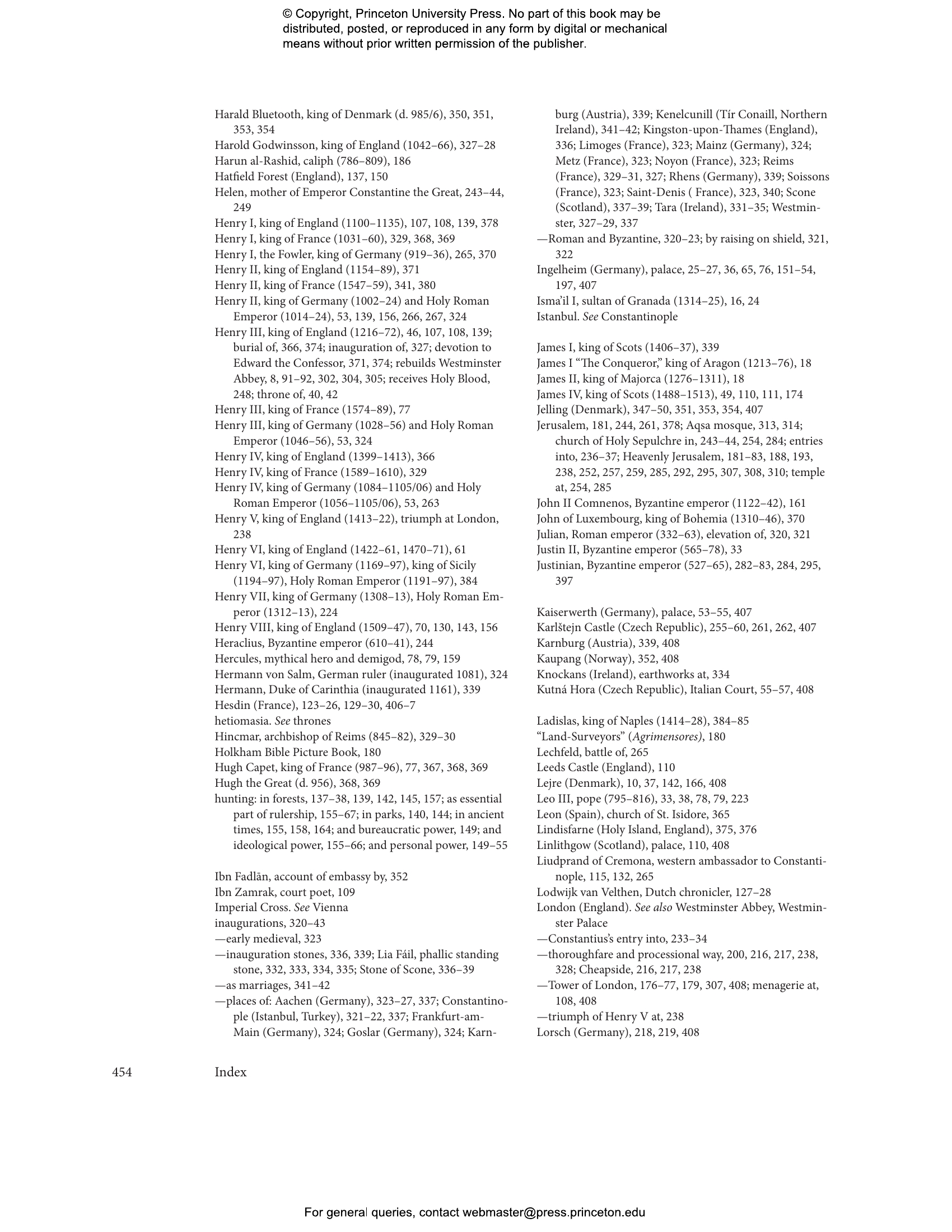 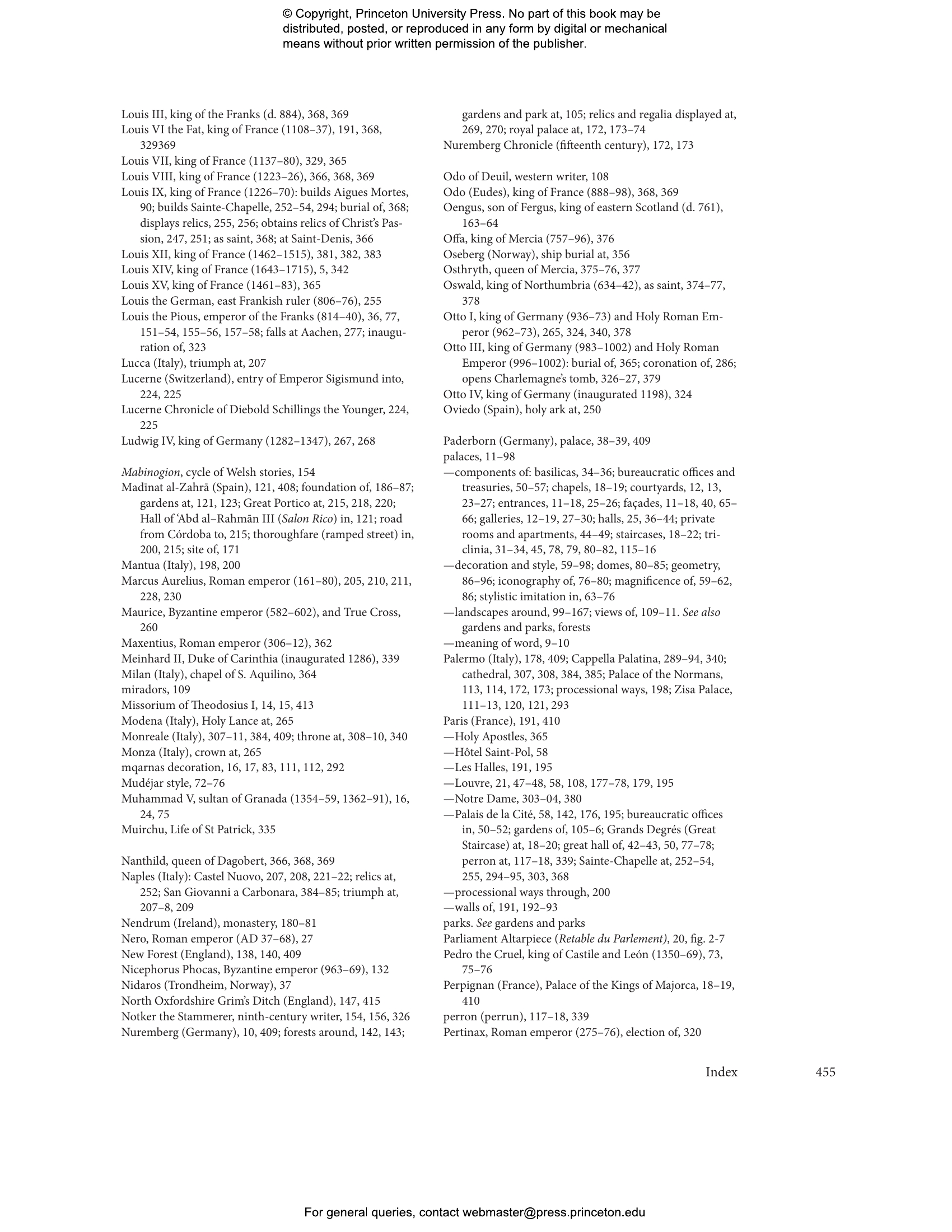 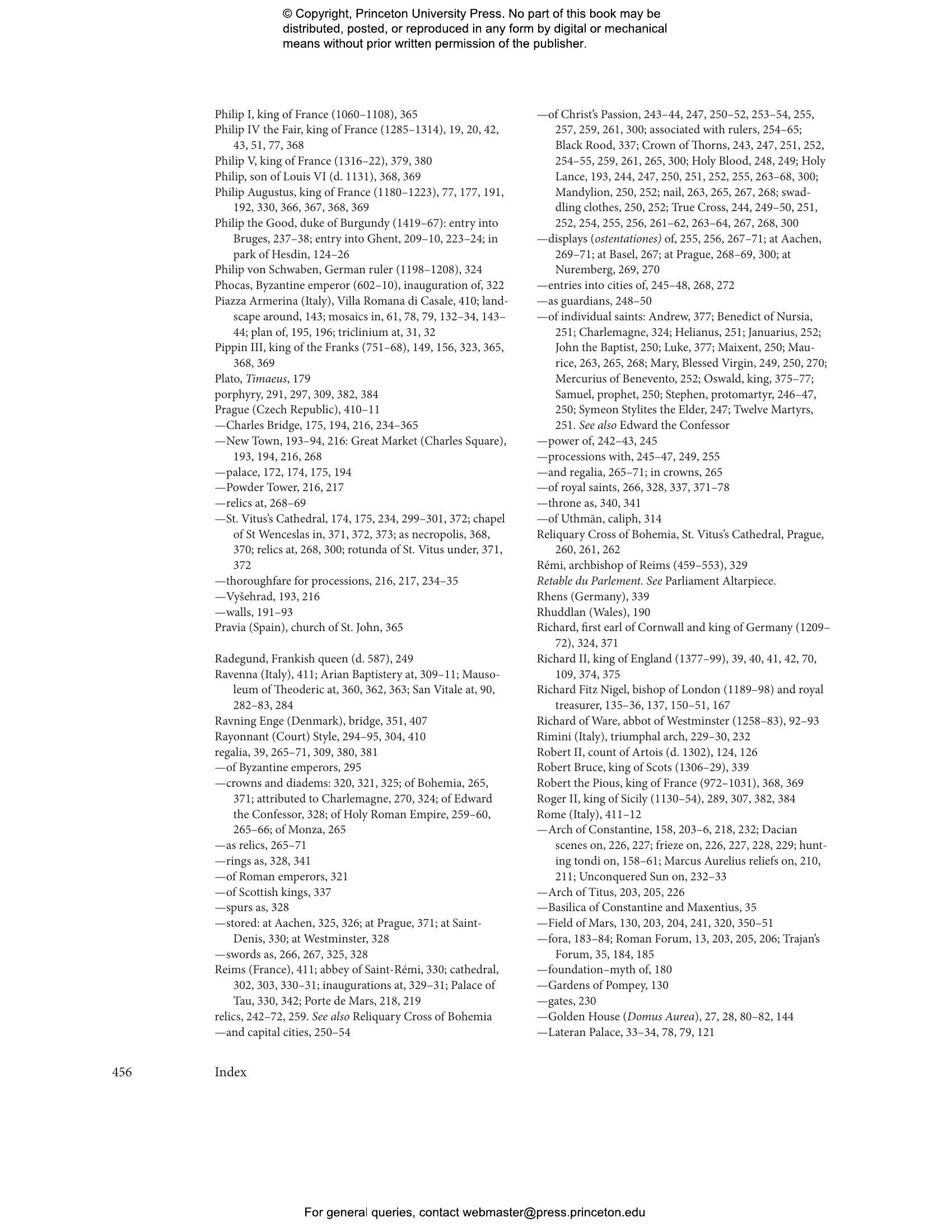 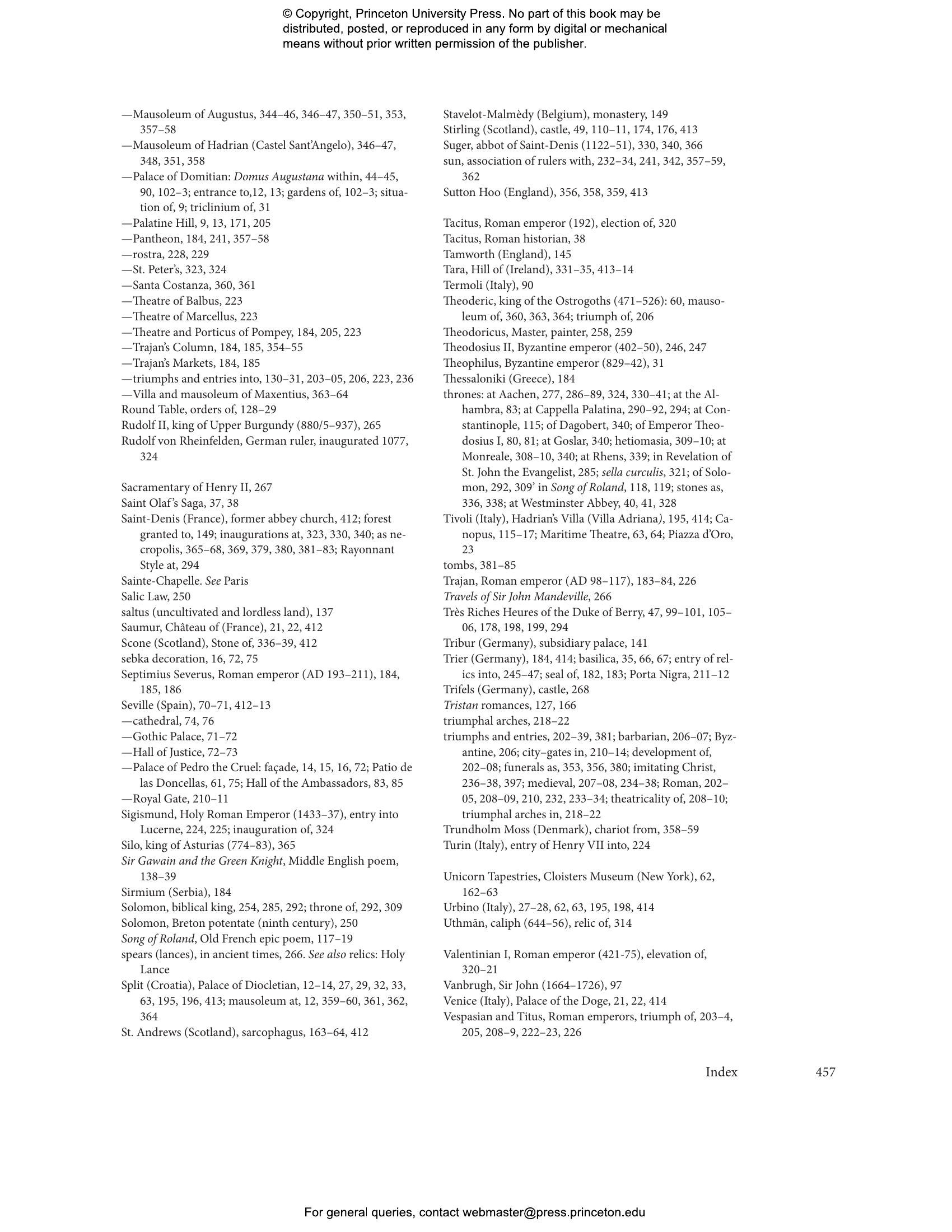 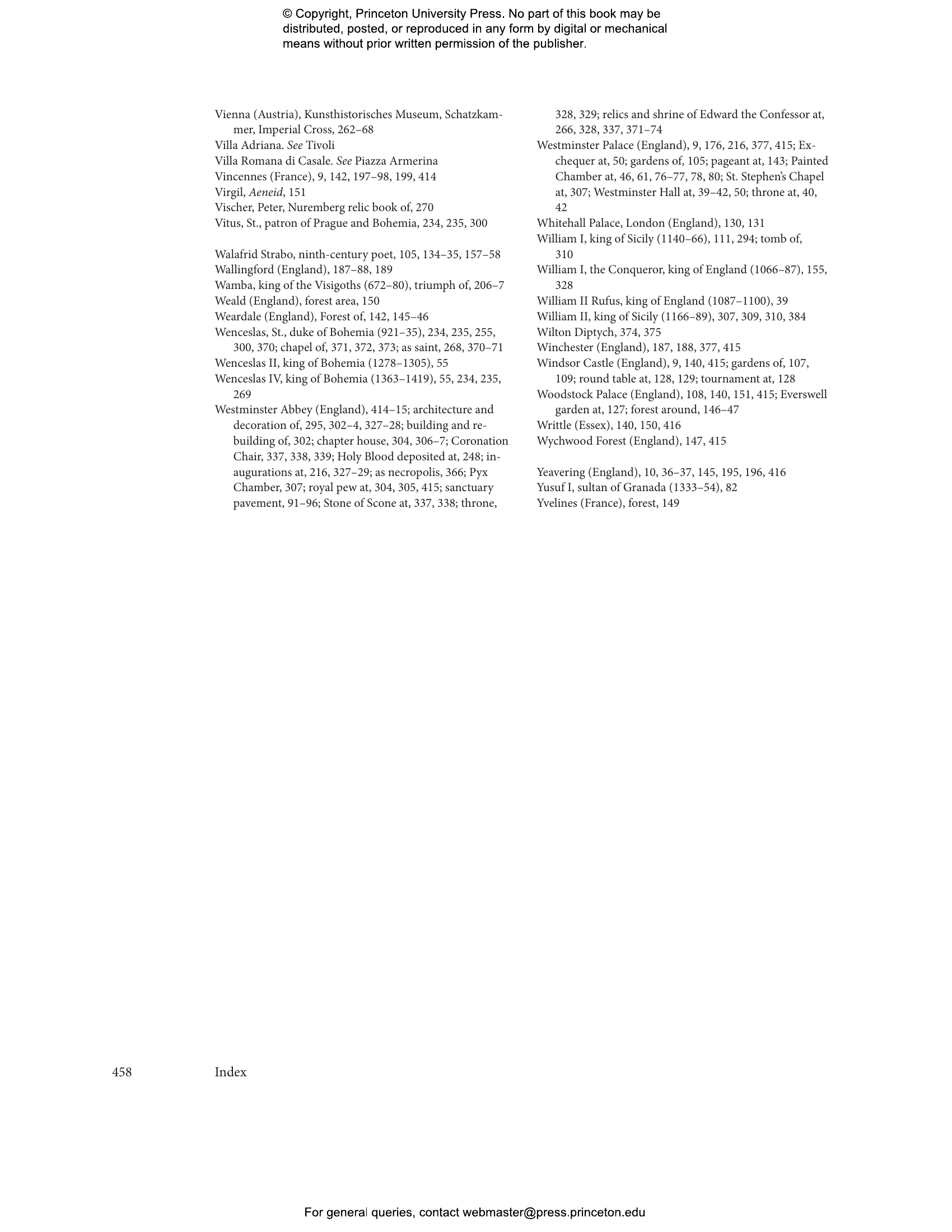 How rulers in ancient and medieval Europe expressed their power through cities, buildings, and sites 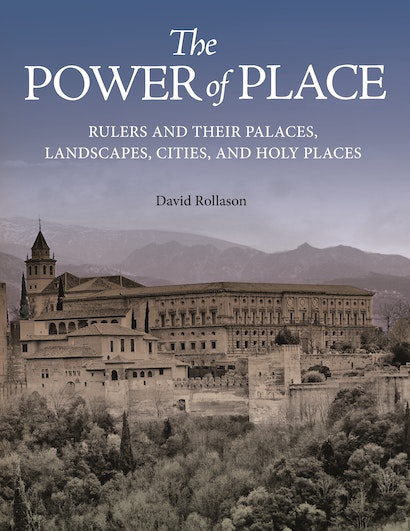 The Power of Place explores the nature of power—the power of kings, emperors, and popes—through the places that these rulers created or developed, including palaces, cities, landscapes, holy places, inauguration sites, and burial places. Ranging across all of Europe from the first to the sixteenth centuries—from Prague and Seville to Palermo and the Oslo Fjord—David Rollason examines how these places conveyed messages of power and what those messages were.

Rollason draws on the latest research in a range of disciplines—principally archaeology, and the histories of art, architecture, and landscape, as well as historical and literary studies—to investigate what the power of rulers consisted of. Was their power based on impersonal bureaucratic mechanisms, on personal relationships between rulers and subjects, or on strong beliefs in the quasi-divine status of rulers? How did impressive edifices support and emphasize these practices of power? Rollason takes readers to spectacular sites, including the remarkable remains of the tenth-century city of Madinat al-Zahra near Cordoba, the remarkably preserved palace-church of the emperor Charlemagne in Aachen, and the soaring shrine-church of the Saint-Chapelle of King Louis IX.

Giving readers the tools to analyze rulers’ palaces, landscapes, cities, and holy places, The Power of Place offers a fascinating perspective on the development of power throughout history.

David Rollason is professor emeritus of history at the University of Durham. His books include Early Medieval Europe 300–1050: The Birth of Western Society and Northumbria 500–1100: Creation and Destruction of a Kingdom. 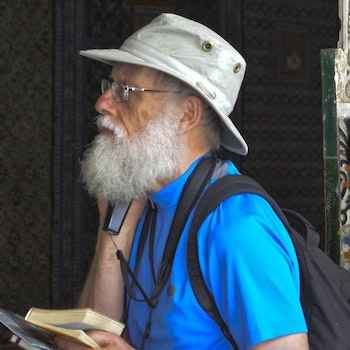 "Rollason's dazzling treasury of site descriptions and pictures is the product of years of exploration, on-site and in libraries. . . . A well-guided and meticulously illustrated tour, of a good selection of medieval Europe’s most striking palatial monuments."—Alexander Murray, Times Literary Supplement

"A grand tour, without hassle of airports, passports, or buses, of a sophisticated selection of medieval Europe's most renowned and important monuments; a tour conducted by a well-read guide, whose language is invariably clear, and is rendered more vivid and instructive by its cortège of carefully placed and labelled illustrations."—Alexander Murray, Times Literary Supplement

"This lavishly produced text, encyclopedic in its scope and bibliography, examines the representations of the power of the ruler in buildings, landscapes, and events of continental Europe from the Roman period to the early modern era. Rollason links the forms of palaces, their surrounding lands, cities, sacred items and spaces, and places of enthronement and burial to ideological and personal power, illustrating each point with cases ranging from Tara to Constantinople, Muslim Granada to the Gothic north."—Choice

"David Rollason's excellent study offers an insightful and truly wide-ranging approach by anchoring notions of power to place and the very real visual and physical manifestations this produced in the Middle Ages. . . . Ambitious. . . . A highly admirable study. It is the product of extensive learning, fieldwork and research, and is supported by a plethora of wonderfully useful photographs and diagrams throughout the book."—Paul Oldfield, Al-Masaq

"Enthralling and beautifully produced. . . . Rollason deserves praise for broadening his analysis in comparative way, taking in sites as widespread as the royal inauguration site of Tara (Ireland), the Alhambra (Spain), and Constantinople."—Stuart Brookes, Current World Archaeology

"The book is impressive conceptually as well as contextually. As well as history per se, it draws upon recent research in archaeology, architectural history, art history, garden and landscape history, and liturgical studies. It will appeal to a wide audience, from academics to undergraduates, as well as general readers."—Amanda Richardson, Royal Studies Journal

"A work of considerable learning and precise scholarship, The Power of Place demonstrates how rulers supported and extended power through the places from which they exercised it. I know of no other book that brings together this topic in such a comprehensive, systematic way. The book's breadth, accessibility, and illustrations make it attractive to a wide audience."—R. I. Moore, professor emeritus of history, Newcastle University

"This extremely ambitious and appealing book discusses an array of structures and building sites over time, from Roman antiquity to the end of the Middle Ages, and across the face of Western Europe. Richly illustrated, it impressively compiles a wide range of material from a variety of sources and succeeds in examining the nature of power through buildings. No other work on this subject covers this much information."—Charles B. McClendon, Brandeis University