A facsimile edition of the artist's fascinating working notebooks 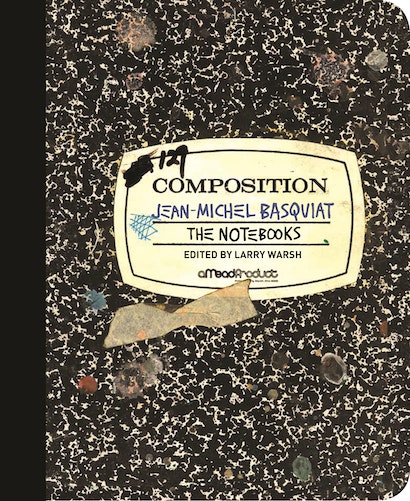 Brooklyn-born Jean-Michel Basquiat (1960-88) was one of the most important artists of the 1980s. A key figure in the New York art scene, he inventively explored the interplay between words and images throughout his career, first as a member of SAMO, a graffiti group active on the Lower East Side in the late 1970s, and then as a painter acclaimed for his unmistakable Neoexpressionist style. From 1980 to 1987, he filled numerous working notebooks with drawings and handwritten texts. This facsimile edition reproduces the pages of eight of these fascinating and rarely seen notebooks for the first time.

The notebooks are filled with images and words that recur in Basquiat’s paintings and other works. Iconic drawings and pictograms of crowns, teepees, and hatch-marked hearts share space with handwritten texts, including notes, observations, and poems that often touch on culture, race, class, and life in New York. Like his other work, the notebooks vividly demonstrate Basquiat’s deep interests in comic, street, and pop art, hip-hop, politics, and the ephemera of urban life. They also provide an intimate look at the working process of one of the most creative forces in contemporary American art.

Published in association with No More Rulers

Jean-Michel Basquiat (1960-88) was an American artist. He has been the subject of retrospectives at the Whitney Museum of American Art, the Serpentine Gallery, the Brooklyn Museum, and the Foundation Beyeler, among others, and his work is in the permanent collections of major museums around the world. Larry Warsh is an art collector and the editor of Weiwei-isms (Princeton). He is on the board of the nonprofit organization Muse Film and Television, and was a member of the Basquiat Authentication Committee from its establishment in 1984 to its dissolution in 2012. 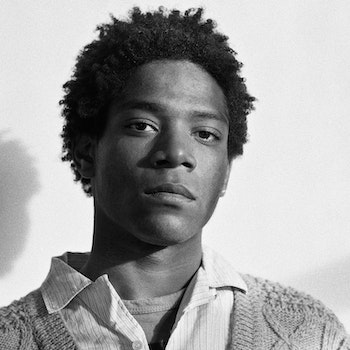 "This carefully reproduced facsimile edition of renowned visual artist Basquiat's eight notebooks provides us a glimpse into the mind of a visionary artist. On nearly every page, readers will ponder over why and how Basquiat chose to string together these specific word marks and often bizarre phrases. The notebooks function as a sort of incubator for Basquiat's artistic process as well as a finished product in their own right . . . a vital part of Basquiat's legacy and an invaluable window into his ingenious and whimsical mind."—Publishers Weekly

"Seeing and reading the pages in the gallery certainly make one want to spend more time with Basquiat's writing, and Princeton University Press's forthcoming facsimile of the notebooks provides this time for closer study. . . . The book offers the intimate reading experience one expects when engaging with an artist's private musing."—Megan N. Liberty, Hyperallergic

"The Notebooks by Jean-Michel Basquiat is one of the most interesting books published in recent memory. . . . A book for all seasons—it is a text and an art object at once, adding a new dimension to our knowledge of Basquiat's thought. It brings us under the surface or behind the scenes, whichever metaphor you prefer, showing the artist at his most protean, and pure, stained with the life that rarely slows down long enough to capture it in words."—Stephan Delbos, BODY

"This beautiful book . . . Expands our understanding of what this artist created in the too-short time he spent at work."—Colin Rafferty, Key Reporter

"The Notebooks gathers passages selected from Basquiat's eight notebooks in one fascinating volume that will reveal many lesser-known talents and quirks of SAMO to his ever-growing number of fans worldwide."—Lorena Muñoz-Alonso, Artnet News

"[Basquiat's] notebooks, recently published in an exquisite facsimile by Princeton, are full of stray phrases, odd combinations."—Olivia Laing, The Guardian

"Jean-Michel Basquiat's journals are, by turns, cryptic, revelatory, beautiful, and unsettling. They provide a rare point of entry into the life and imagination of one of the twentieth century's most gifted and enigmatic artists."—Adam Bradley, University of Colorado, Boulder, and author of Book of Rhymes: The Poetics of Hip Hop