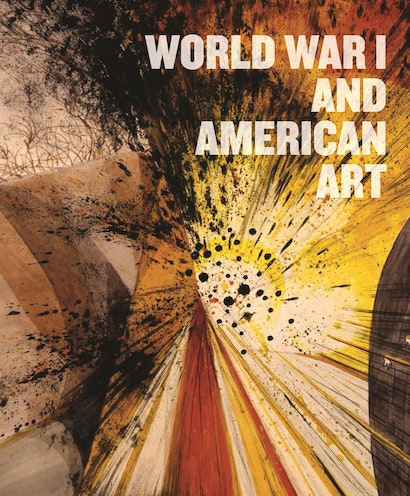 World War I had a profound impact on American art and culture. Nearly every major artist responded to events, whether as official war artists, impassioned observers, or participants on the battlefields. It was the moment when American artists, designers, and illustrators began to consider the importance of their contributions to the wider world and to visually represent the United States’ emergent role in modern global politics. World War I and American Art provides an unprecedented consideration of the impact of the conflict on American artists and the myriad ways they reacted to it.

Taking readers from the home front to the battlefront, this landmark book will remain the definitive reference on a pivotal moment in American modern art for years to come.

Published in association with the Pennsylvania Academy of the Fine Arts

Robert Cozzolino is the Patrick and Aimee Butler Curator of Paintings at the Minneapolis Institute of Art. Anne Classen Knutson is an independent scholar and curator. David M. Lubin is the Charlotte C. Weber Professor of Art at Wake Forest University.

"This is the first major book to examine the repercussions of the Great War on American art. Featuring first-rate scholarship in accessible prose, the book shows how this traumatic conflict had a profound effect on American visual culture, yielding not just memorable propaganda posters, but also art that subtly acknowledged the war."—Cécile Whiting, author of Pop L.A.: Art and the City in the 1960s