Featuring never-before-seen drawings by the renowned contemporary artist, a beautiful facsimile edition that reveals the working process of an extraordinary creative mind 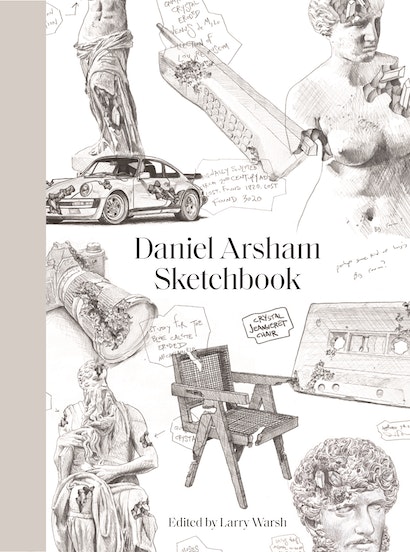 Sketchbook reproduces original working drawings and sketches by the contemporary American artist and designer Daniel Arsham, whose work freely crosses the boundaries of art, architecture, film, and design, and also speaks to fans of pop culture, including sneakerheads, car enthusiasts, and anime devotees. Spanning a decade and featuring previously unpublished drawings by this highly skilled draftsman, this beautifully produced facsimile edition provides an unprecedented, intimate look at Arsham’s working process, revealing a new side of an extraordinary creative mind.

Published in association with No More Rulers

Daniel Arsham (b. 1980) is an artist whose work has been shown at major museums and galleries around the world. He is the cofounder of Snarkitecture, a multidisciplinary firm whose work includes an entrance pavilion for Design Miami and a line of functional design objects. His many collaborators include the theater director Robert Wilson, the choreographer Jonah Bokaer, and the musicians Pharrell Williams, Usher, and Nas. He lives in New York City. Instagram and Twitter @DanielArsham Larry Warsh has been active in the art world for more than thirty years as a publisher and artist-collaborator and was a founding member of the Basquiat Authentication Committee. He is the editor of many books, including Daniel Arsham’s Arsham-isms, Jean-Michel Basquiat’s Notebooks, and Ai Weiwei’s Humanity (all Princeton). 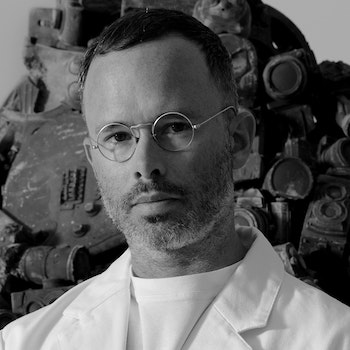 "Fans are now granted the chance to cherish [Arsham’s] work even more. With the release of his aptly named Sketchbook, the artist’s eclectic array of influences takes center stage."—Yoni Yardeni, HiConsumption