Beautifully illustrated and authoritative, the most up-to-date and comprehensive photographic guide to Madagascar’s mammals 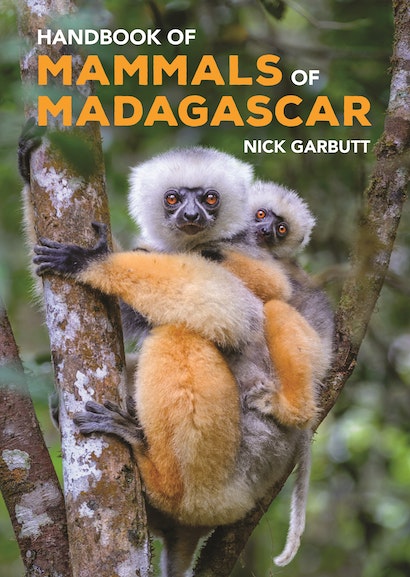 Madagascar’s mammals are some of the most remarkable on earth, having evolved in isolation over millions of years. All of the country’s approximately 175 native non-flying species are endemic, with an extraordinary diversity of body forms and lifestyles, some utterly unique. No other place boasts such a combination of species richness and endemism. In Handbook of Mammals of Madagascar, Nick Garbutt, an award-winning photographer and leading authority on the island’s wildlife, provides an authoritative and beautifully illustrated guide to all of its mammal fauna.

Illustrated throughout with more than 370 exceptional photographs, including of species rarely photographed before, the book covers all 217 native species, including tenrecs, bats, lemurs, carnivores, and rodents, plus a small number of introduced species. The species accounts are up to date and include description, identification, habitat, distribution, behavior, and where to see the species. The book also includes chapters on Madagascar’s regions and habitats, threats to the mammals, conservation and protected areas, and important mammal-watching sites, as well as a section on extinct mammals.

Nick Garbutt is a leading authority on Madagascar’s wildlife who has observed the majority of the island’s mammals in the wild—a claim only a handful of people can make. An award-winning wildlife photographer and talented artist, he contributes articles and photos to many publications, including National Geographic, BBC Wildlife, and Africa Geographic.