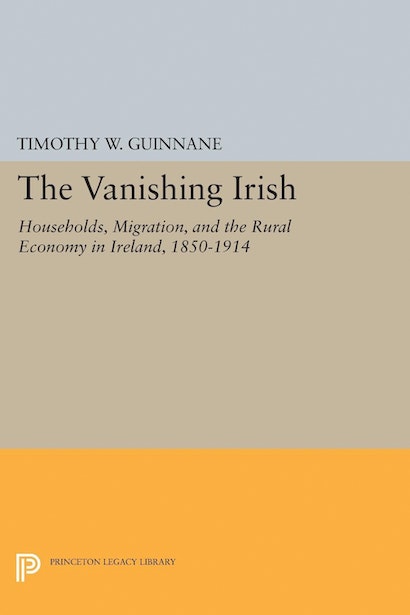 In the years between the Great Famine of the 1840s and the First World War, Ireland experienced a drastic drop in population: the percentage of adults who never married soared from 10 percent to 25 percent, while the overall population decreased by one third. What accounted for this? For many social analysts, the history of post-Famine Irish depopulation was a Malthusian morality tale where declining living standards led young people to postpone marriage out of concern for their ability to support a family. The problem here, argues Timothy Guinnane, is that living standards in post-Famine Ireland did not decline. Rather, other, more subtle economic changes influenced the decision to delay marriage or not marry at all. In this engaging inquiry into the “vanishing Irish,” Guinnane explores the options that presented themselves to Ireland’s younger generations, taking into account household structure, inheritance, religion, cultural influences on marriage and family life, and especially emigration.

Guinnane focuses on rural Ireland, where the population changes were most profound, and explores the way the demographic patterns reflect the rural Irish economy, Ireland’s place as a small part in a much larger English-speaking world, and the influence of earlier Irish history and culture. Particular effort is made to compare Irish demographic behavior to similar patterns elsewhere in Europe, revealing an Ireland anchored in European tradition and yet a distinctive society in its own right.