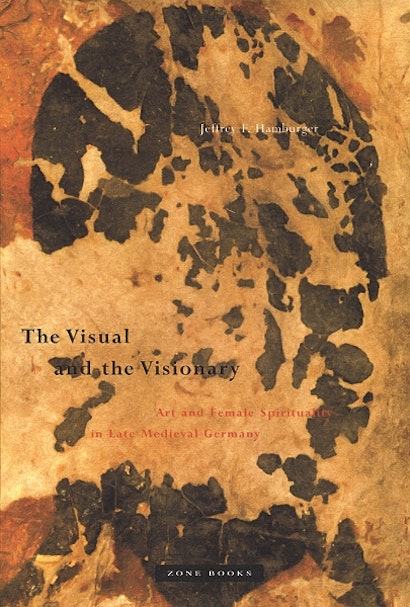 The Visual and the Visionary puts the study of female spirituality on a new footing and provides a nuanced account of the changing role of images in medieval monasticism from the twelfth century to the Reformation. In ten essays embracing the history of art, religion, and literature, Jeffrey Hamburger explores the interrelationships between the visual arts and female spirituality in the context of the cura monialium, the pastoral care of nuns.

Used as instruments of instruction and inspiration, images occupied a central, if controversial, place in debates over devotional practice, monastic reform, and mystical expression. Far from supplementing a history of art from which they have been excluded, the images made by and for women shaped that history decisively by defining novel modes of religious expression, especially the relationship between sight and subjectivity. With this book, the study of female piety and artistic patronage becomes an integral part of a general history of medieval art and spirituality.

The Visual and the Visionary was awarded the 1999 Charles Rufus Prize by the College Art Association and the 1999 Roland H. Bainton Prize for Art and Music History by the Sixteenth Century Conference.

"The Visual and the Visionary is a splendid collection of insights."—Art Newspaper

“Jeffrey Hamburger is rapidly emerging as the best historian, the best art historian and the best feminist historian of late medieval religious women. Beautifully written and enormously learned, The Visual and the Visionary is a medievalist’s delight.”— Caroline Walker Bynum