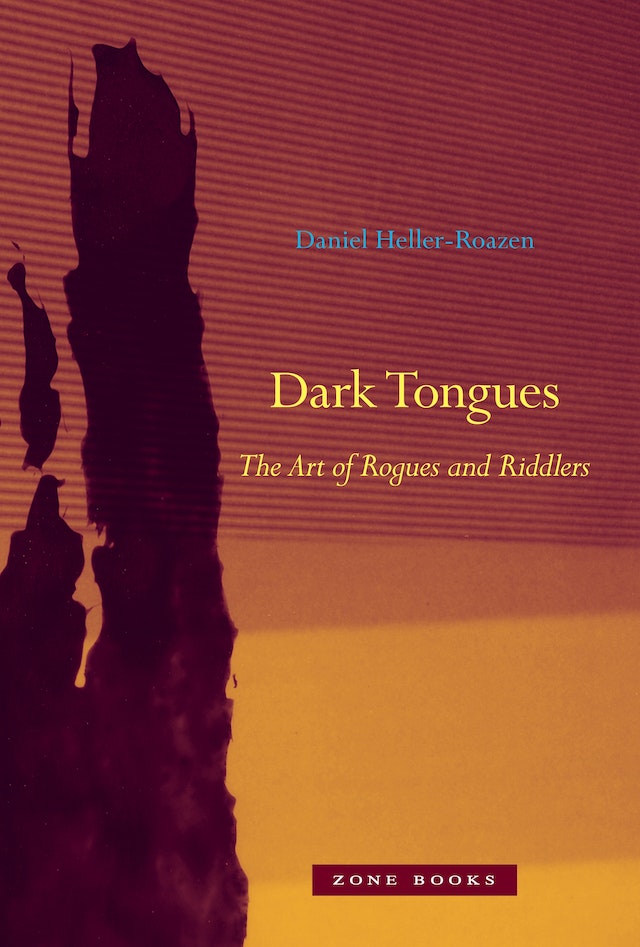 Dark Tongues constitutes a sustained exploration of a perplexing fact that has never received the attention it deserves. Wherever human beings share a language, they also strive to make from it something new: a cryptic idiom, built from the grammar that they know, which will allow them to communicate in secrecy. Such hidden languages come in many shapes. They may be playful or serious, children’s games or adults’ work. They may be as impenetrable as foreign tongues, or slightly different from the idioms from which they spring, or barely perceptible, their existence being the subject of uncertain, even unlikely, suppositions.

It was in the Renaissance that writers across Europe first noted that willfully obscure languages had come into use. A varied cast of characters — lawyers, grammarians, and theologians — denounced these new forms of speech, arguing that they were tools of crime, plotted in tongues that honest people could not understand.

Before the emergence of these modern jargons, however, the artificial twisting of languages served a different purpose. In epochs and regions as diverse as archaic Greece and Rome and medieval Provence and Scandinavia, singers and scribes also invented opaque varieties of speech. They did so not to defraud, but to reveal and record a divine thing: the language of the gods, which poets and priests alone were said to master.

Dark Tongues moves among these various artificial and hermetic tongues. From criminal jargons to sacred idioms, from Saussure’s work on anagrams to Jakobson’s theory of subliminal patterns in poetry, from the arcane arts of the Druids and Biblical copyists to the secret procedure that Tristan Tzara, founder of Dada, believed he had uncovered in Villon’s songs and ballads, Dark Tongues explores the common crafts of rogues and riddlers, which play sound and sense against each other.

“Daniel Heller-Roazen’s brilliance and originality, the depth and range of his scholarship, are inspiring: if you loved (as I did) Heller-Roazen’s archaeology of the vanished in Echolalias, you will love this book too. Dark Tongues is aimed at readers fascinated by the ways of words, language, and its users. Here is God’s post-Babel plenty. Dark Tongues is a rare and delectable treat.”— Roberta Frank, Marie Borroff Professor of English, Yale University

“I am one of many poets who have considered Daniel Heller-Roazen’s books essential reading ever since Echolalias. Once again, in Dark Tongues, he evinces his accustomed depth and range of intelligence and scholarship. His aphoristic prose style, with its sense of mischief and wit, reaches its apogee in this meditation on rogues, riddlers, linguists and poets. Heller-Roazen continues his exploration into almost buried tongues, illuminated by his belief in the power and mystery of poetry. He is the Joycean juggler of words and letters constantly in motion, shifting with twists and turns that yield to, yet resist even the most erudite of interpretations.”— Susan Howe, author of That This and Souls of the Labadie Tract

“In this brilliant book, Heller-Roazen descends into the half-world of literary history to which rogue and riddling poets have been exiled. His archeology of ‘dark tongues’ reveals the consummate mastery of language displayed by rogue poets. No one plumbs the arcane depths of poetry better than Heller-Roazen, and never more so than in Dark Tongues.” — Stephen G. Nichols, James M. Beall Professor Emeritus of French and Humanities, Johns Hopkins University