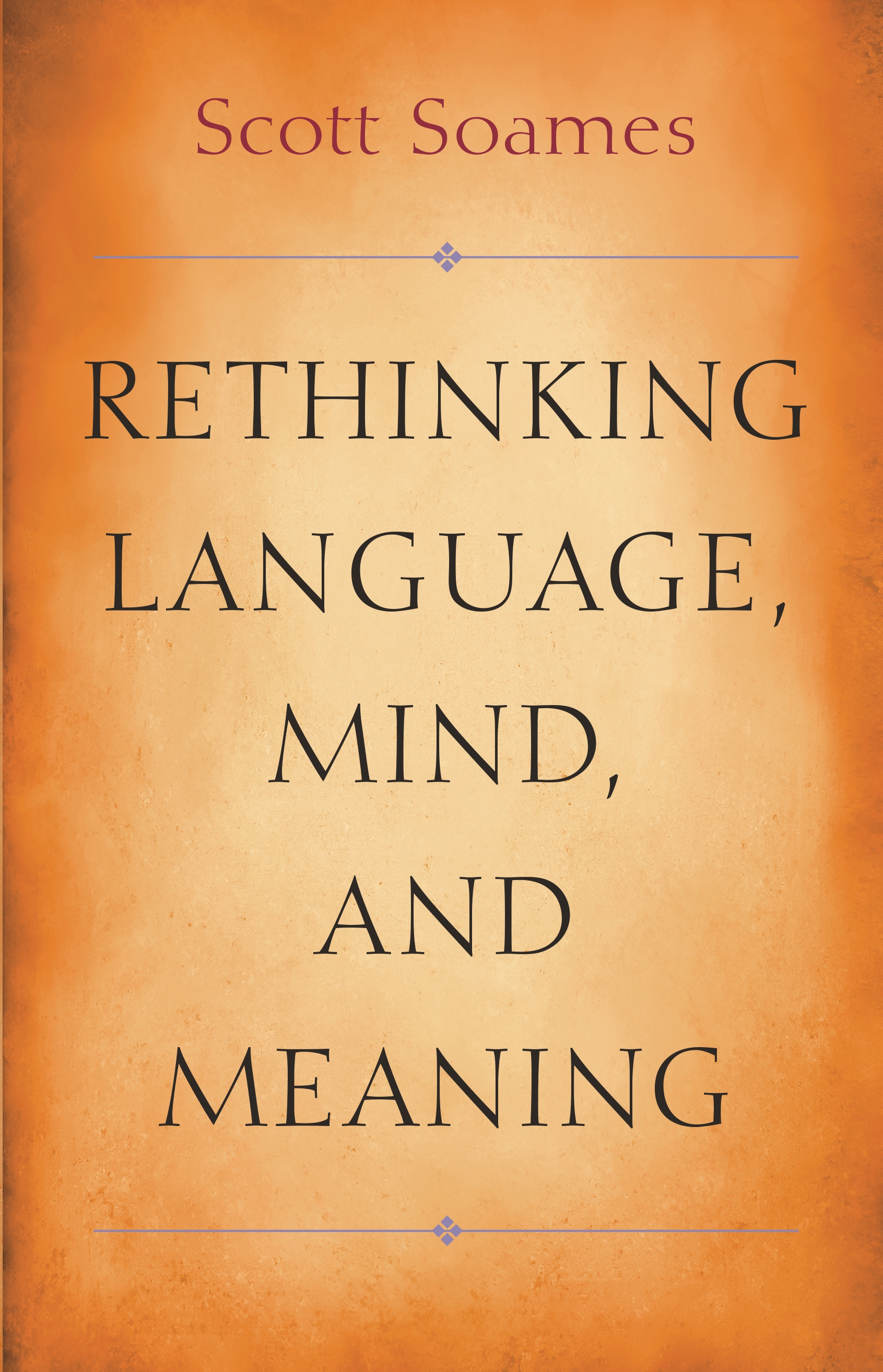 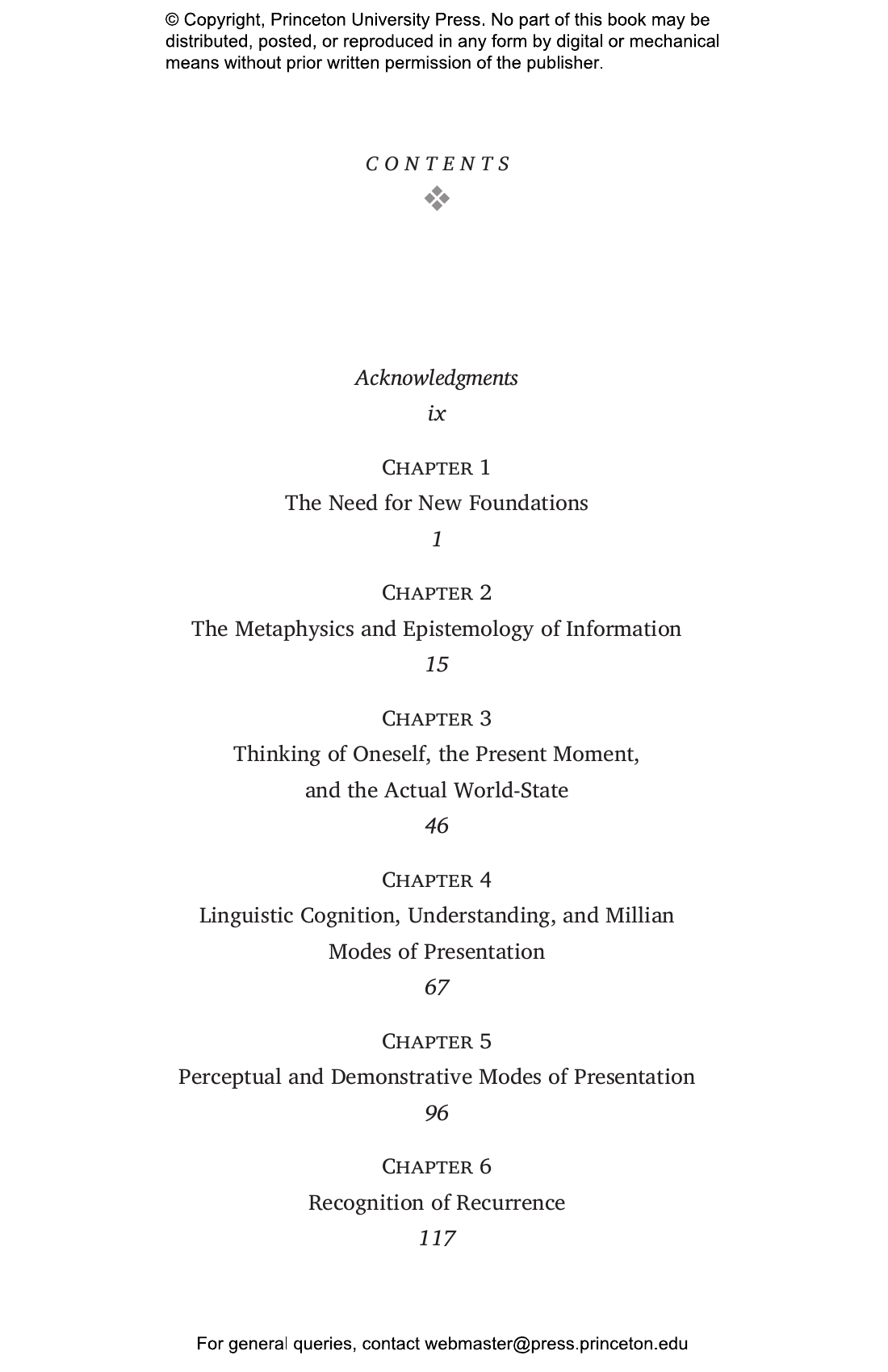 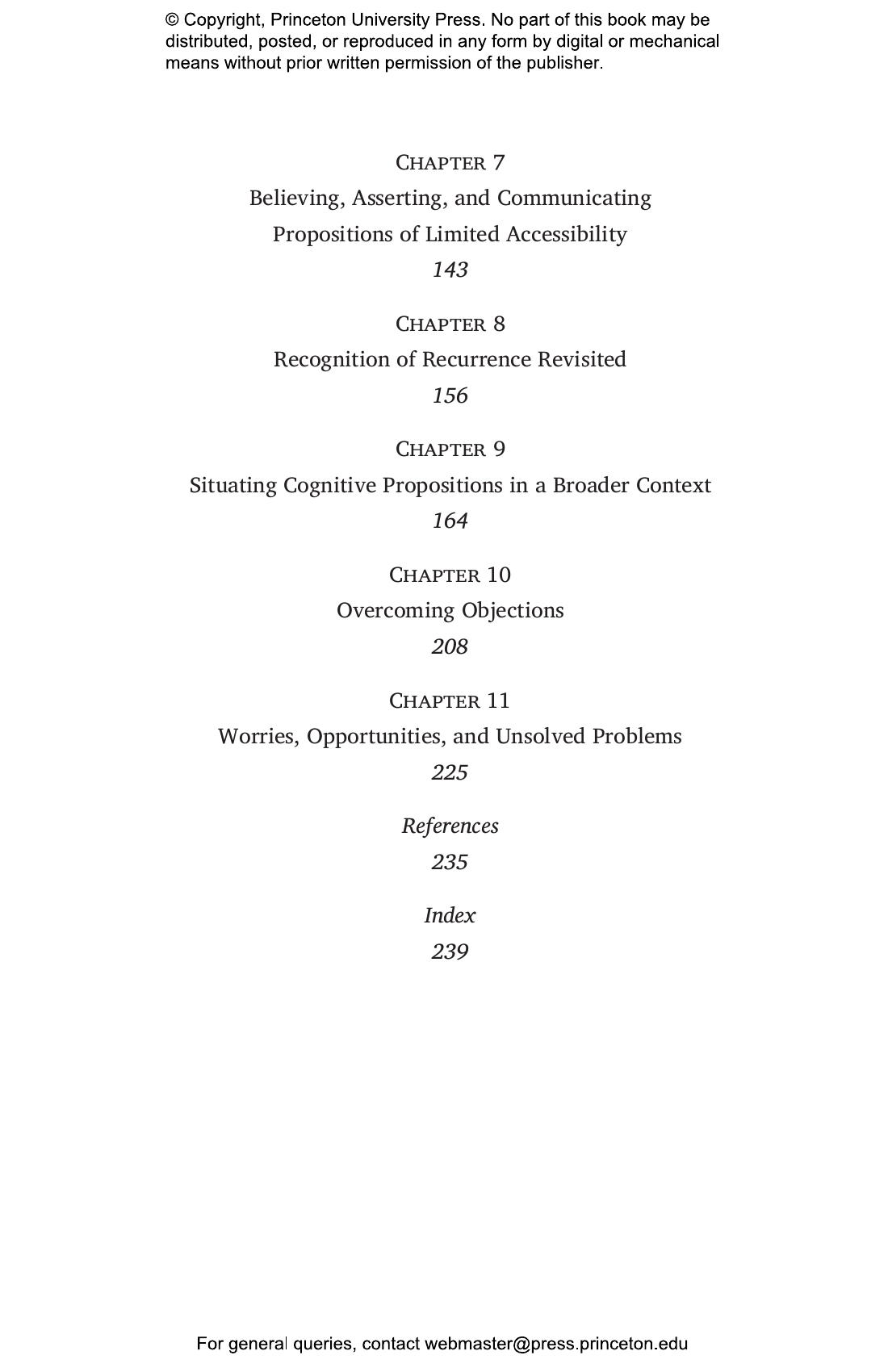 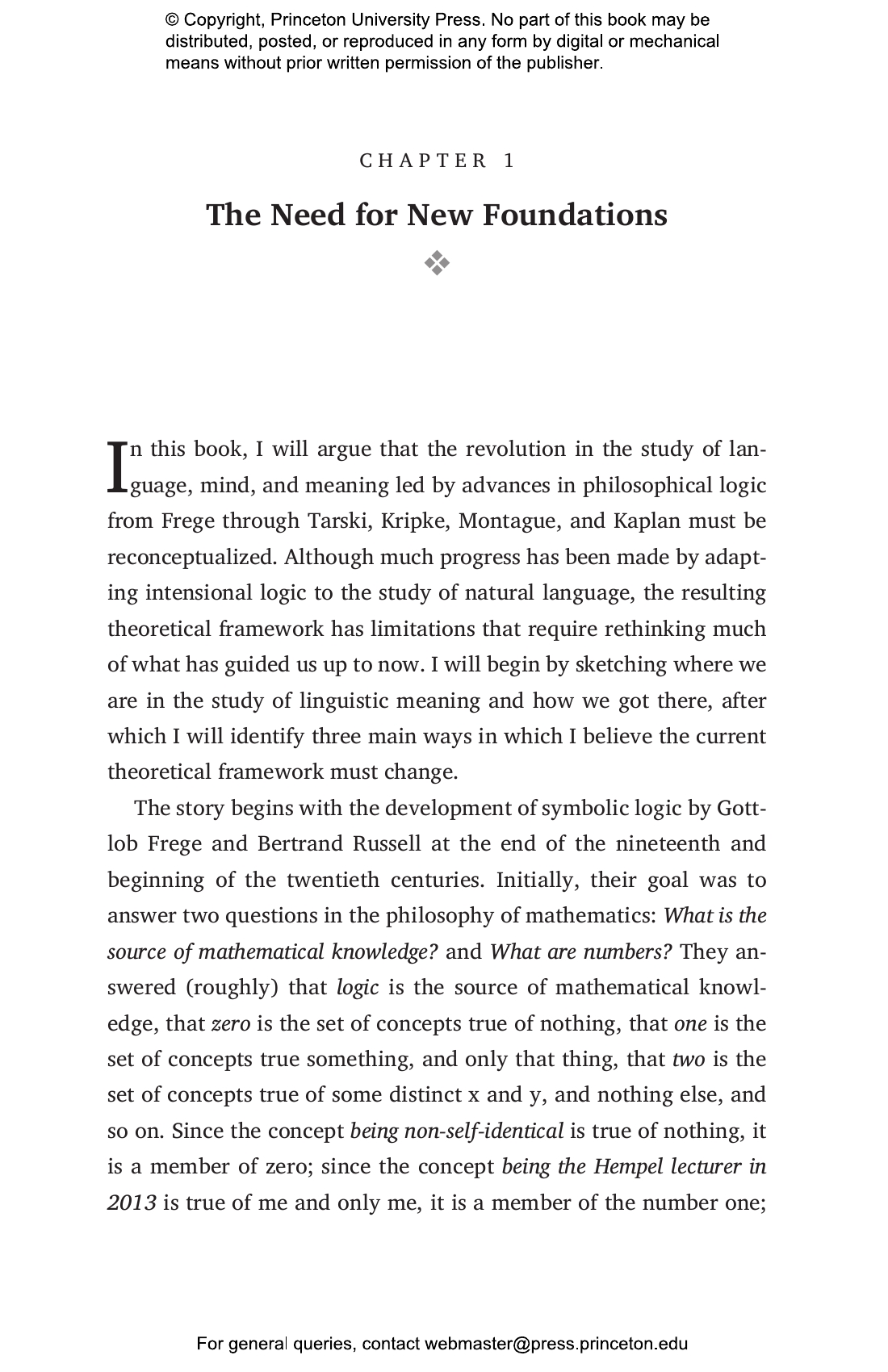 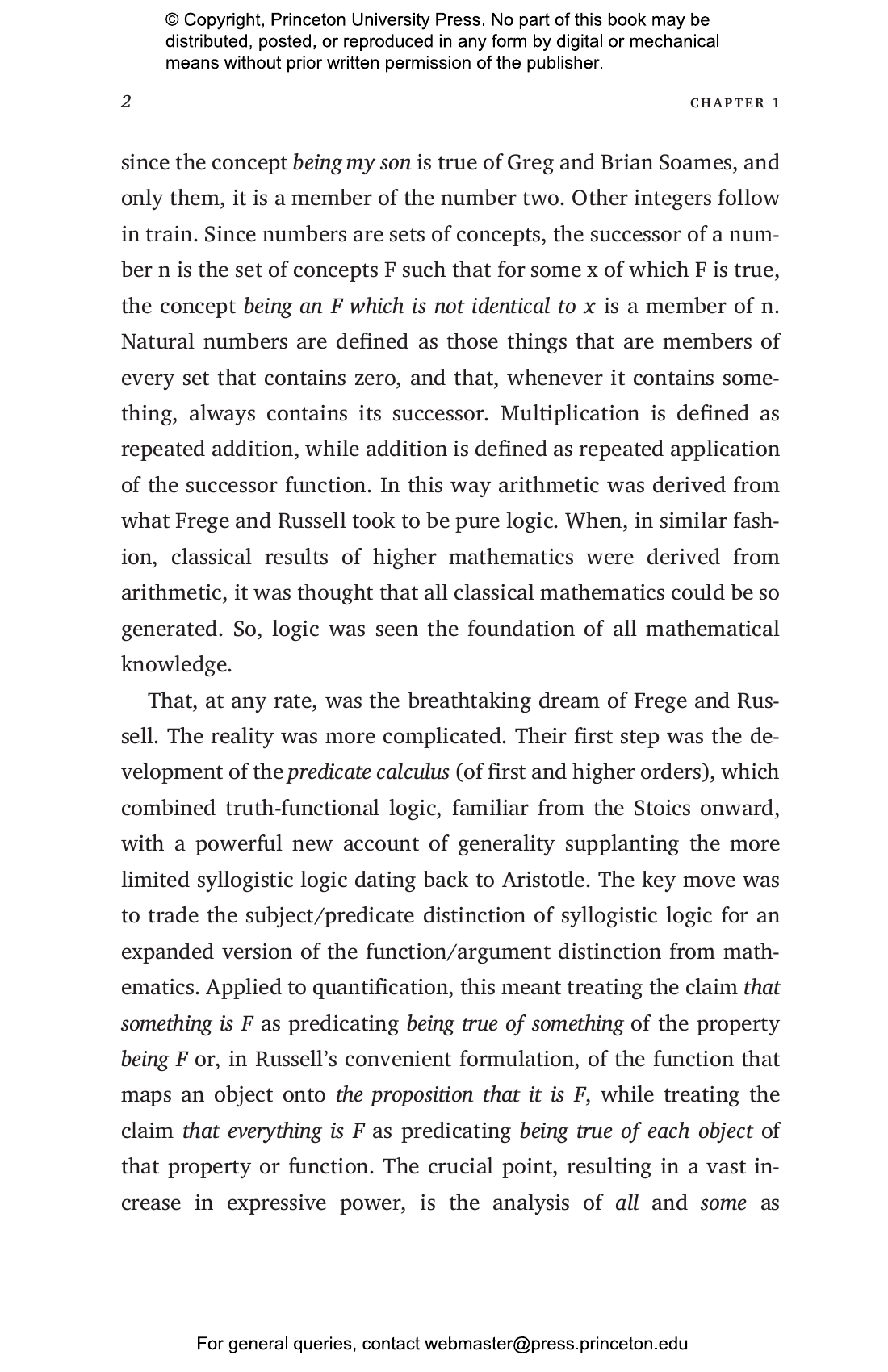 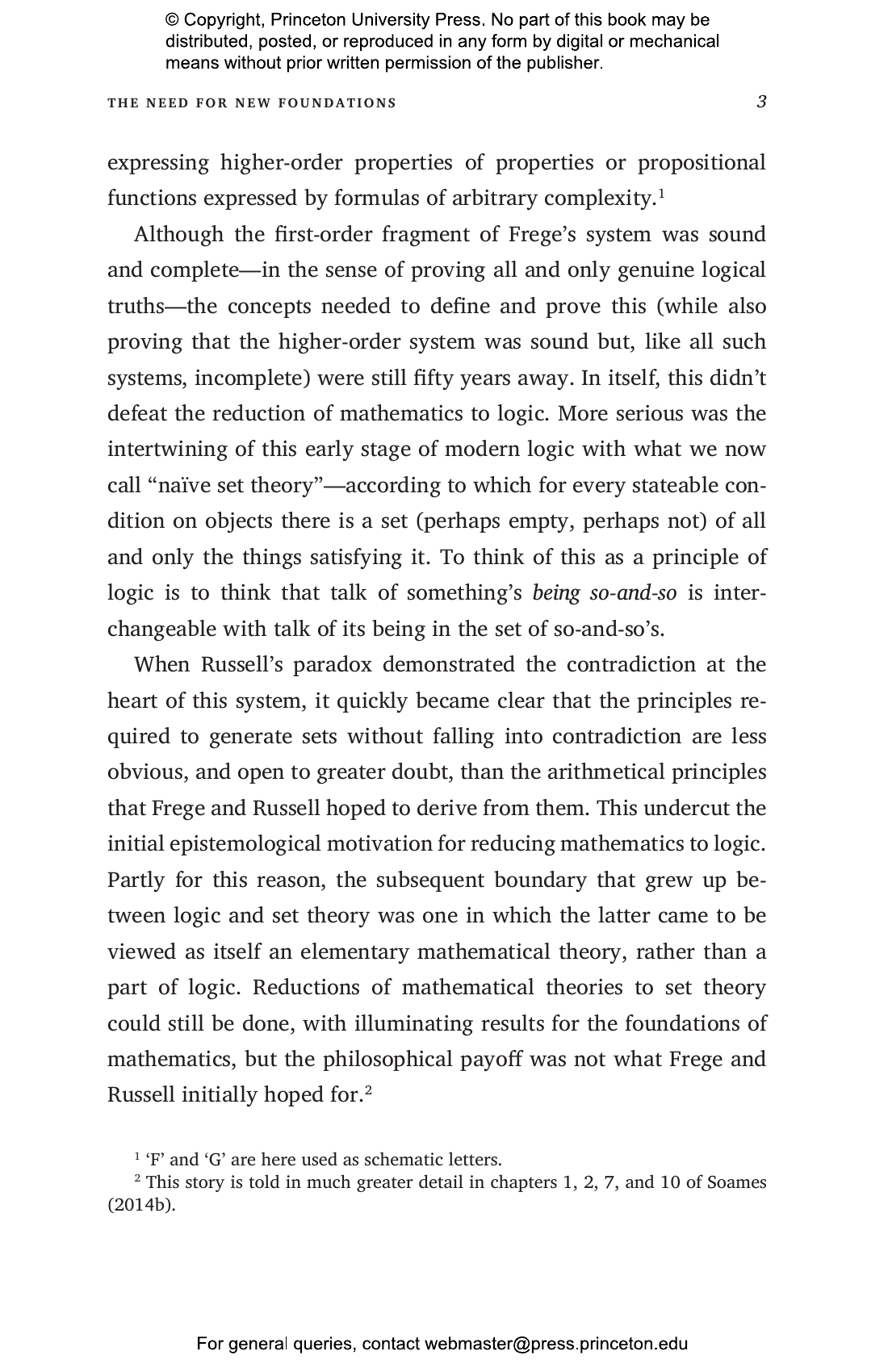 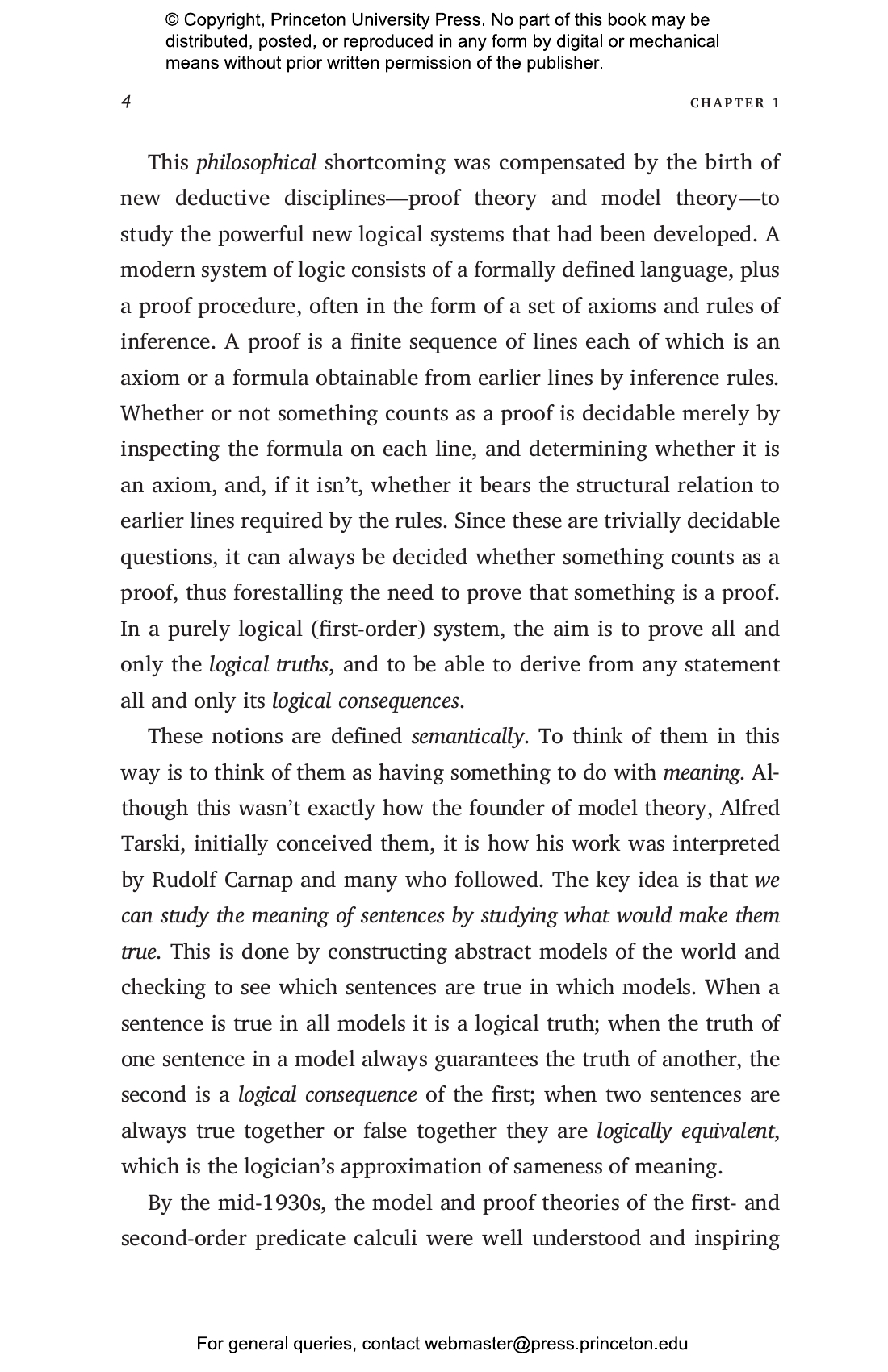 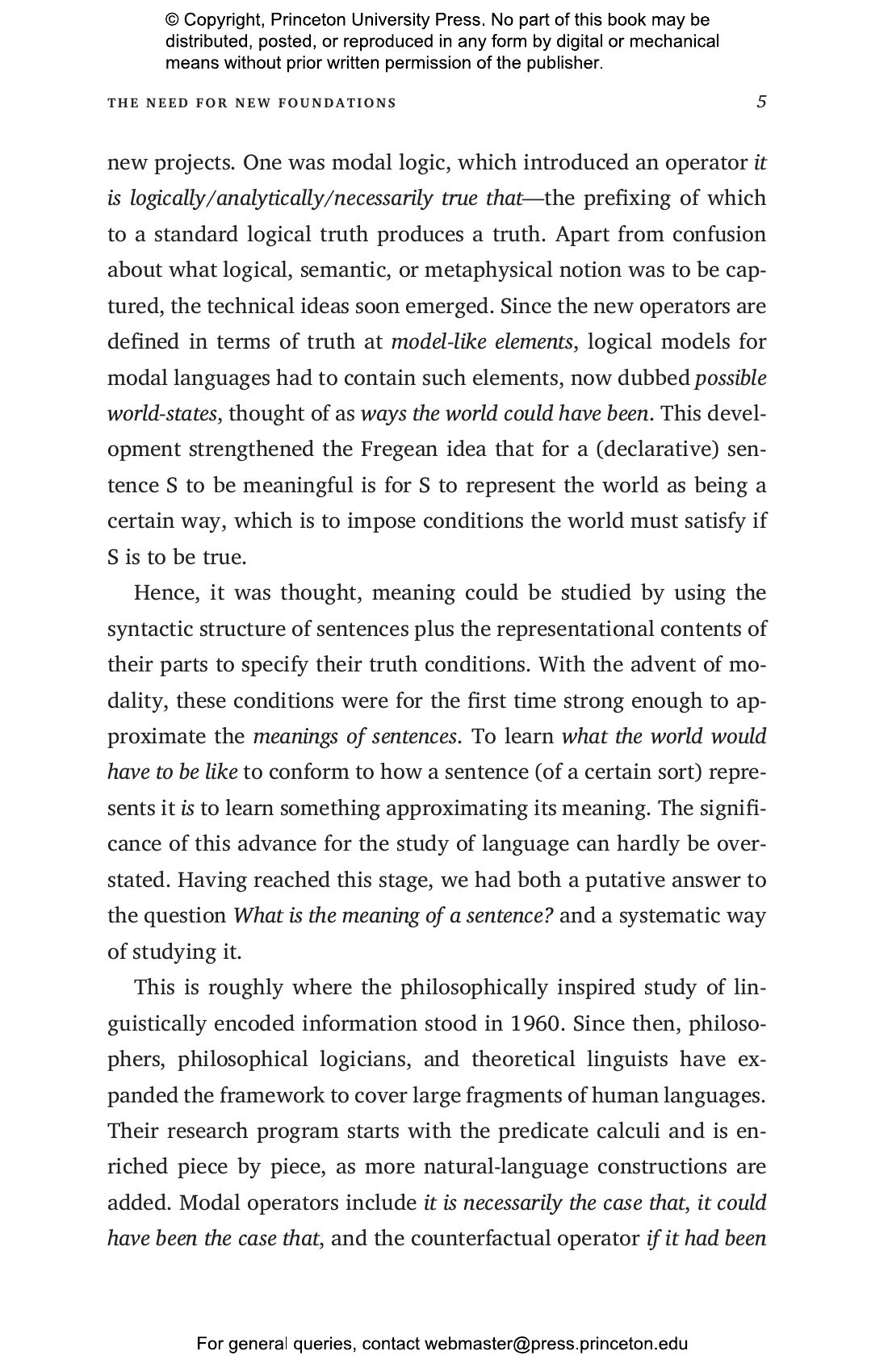 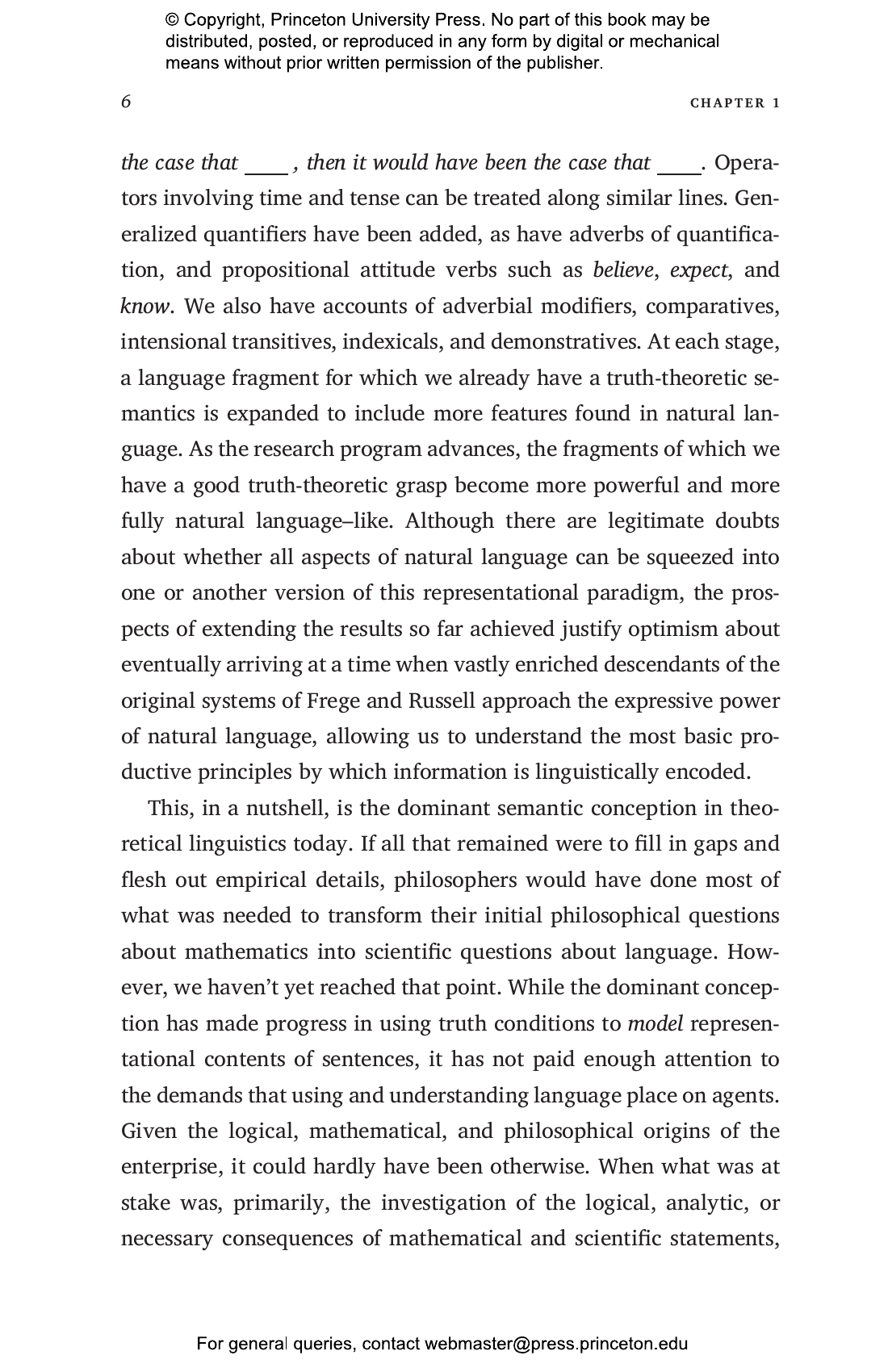 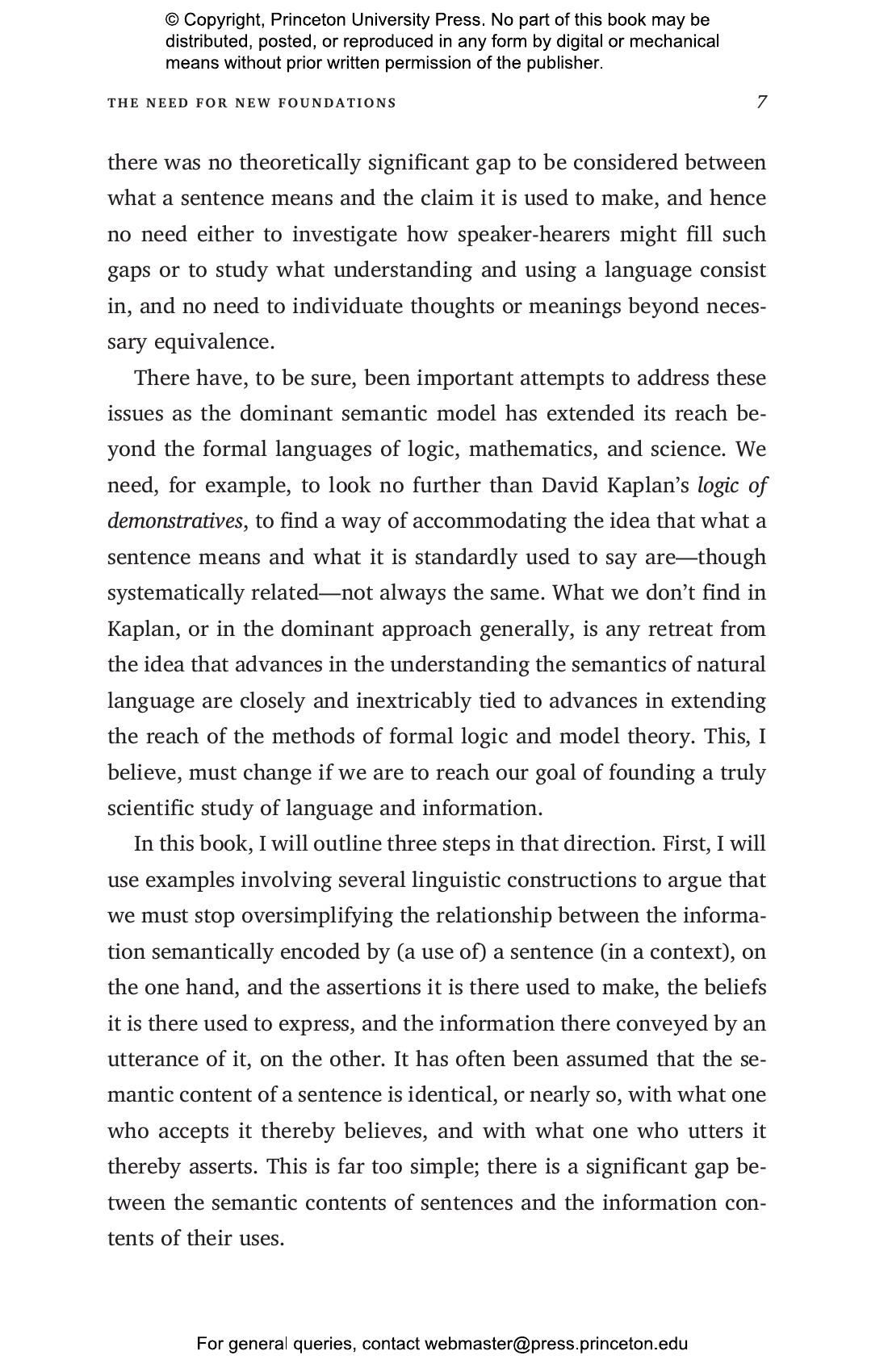 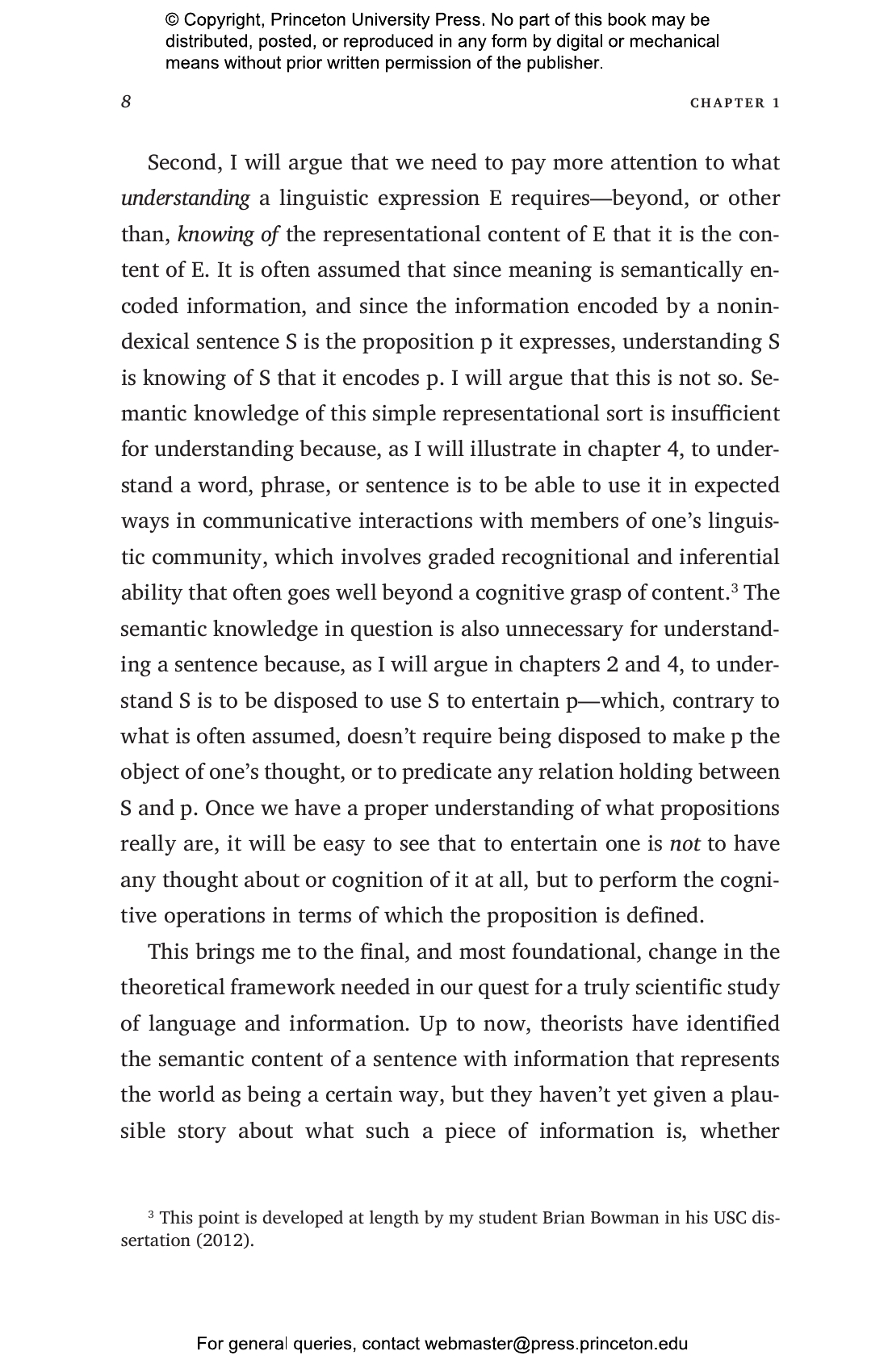 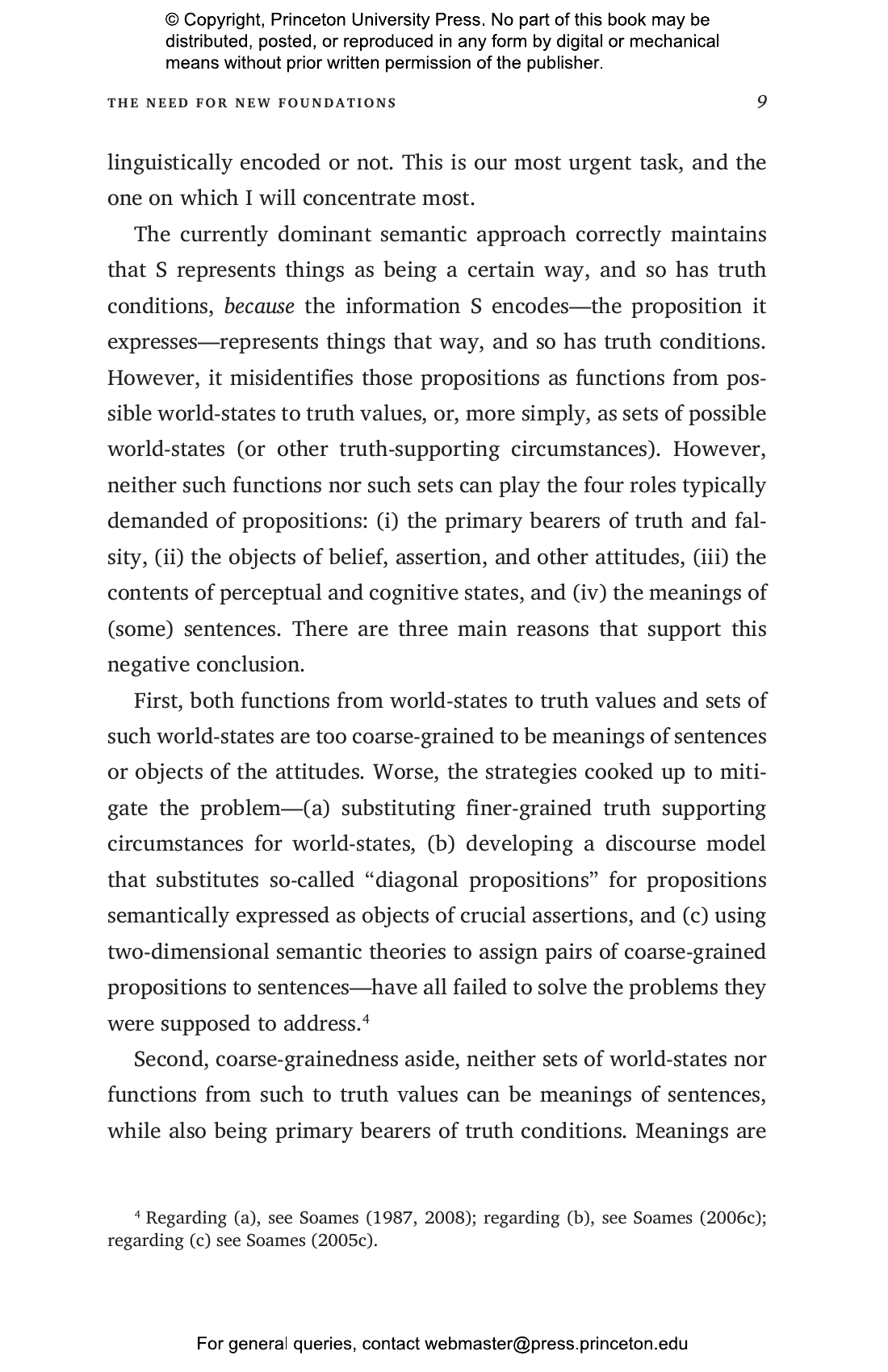 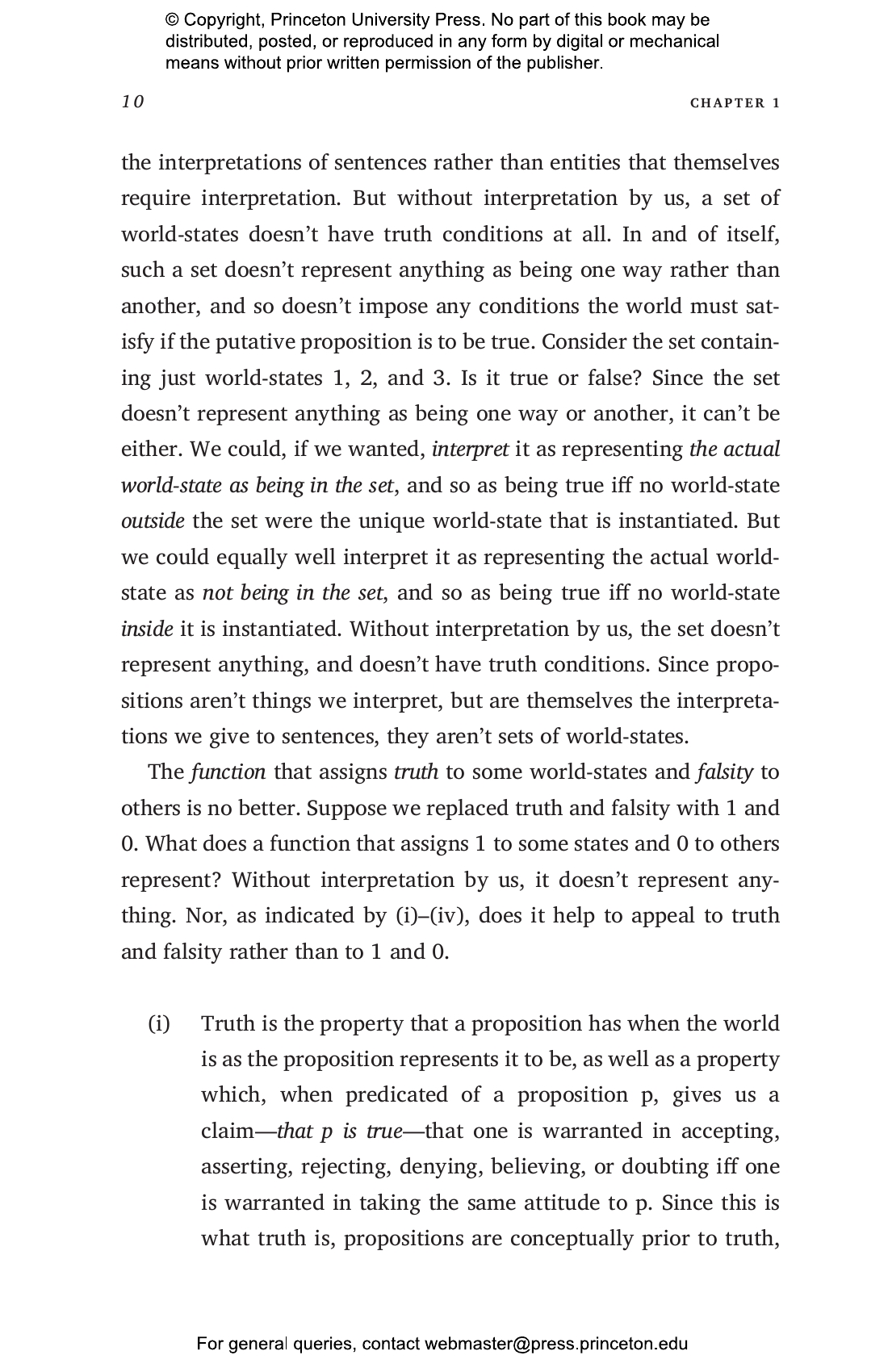 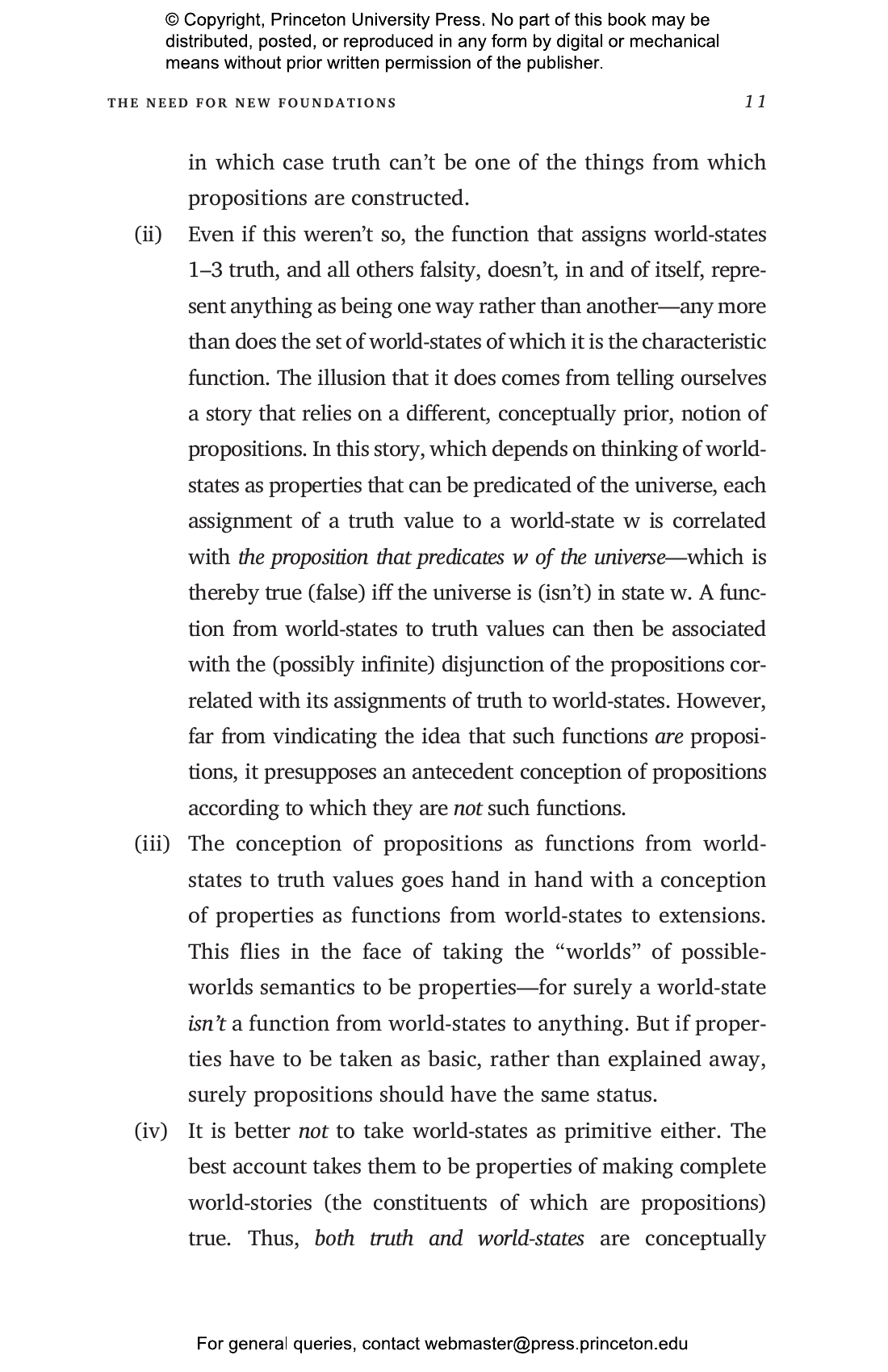 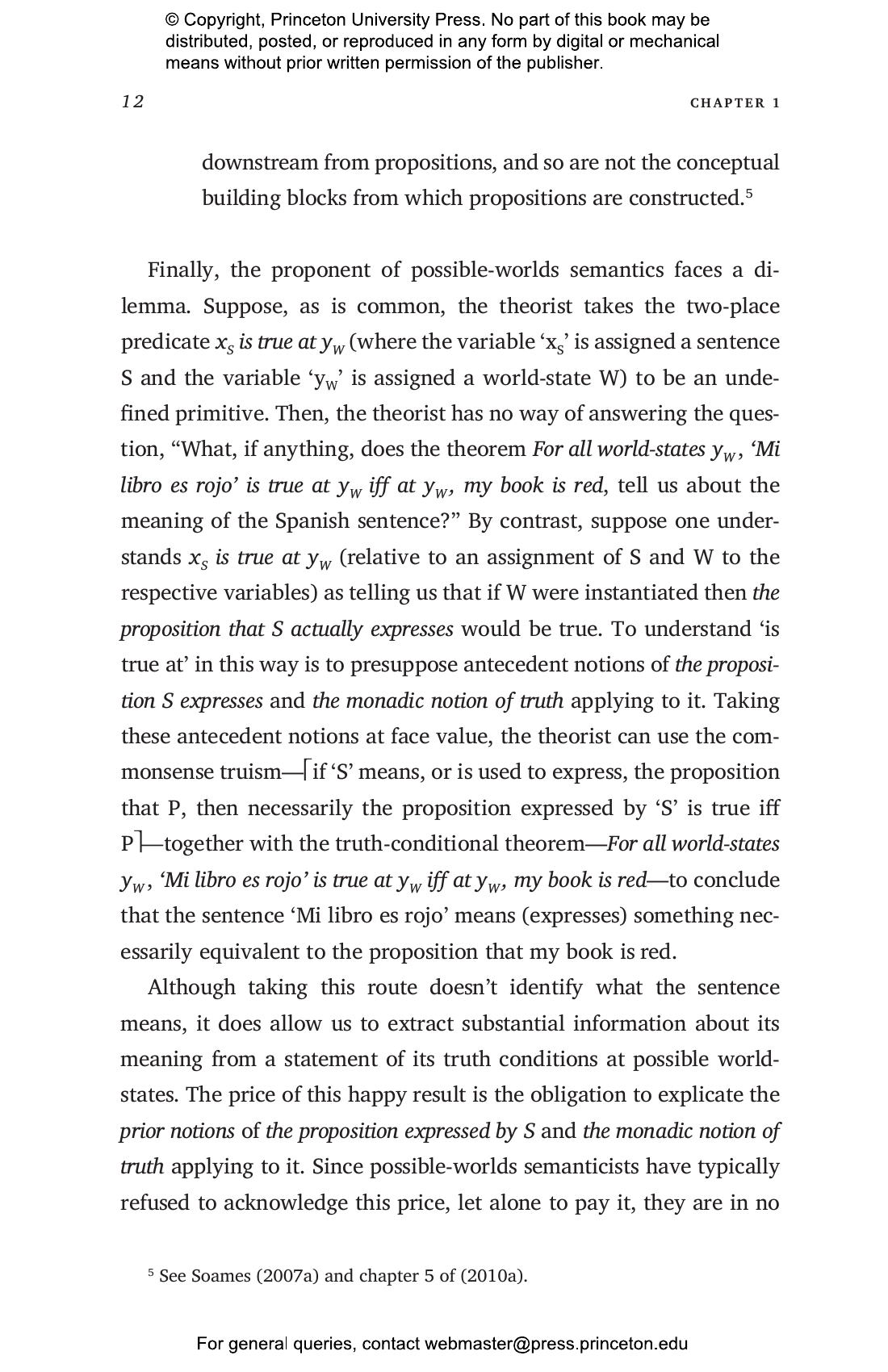 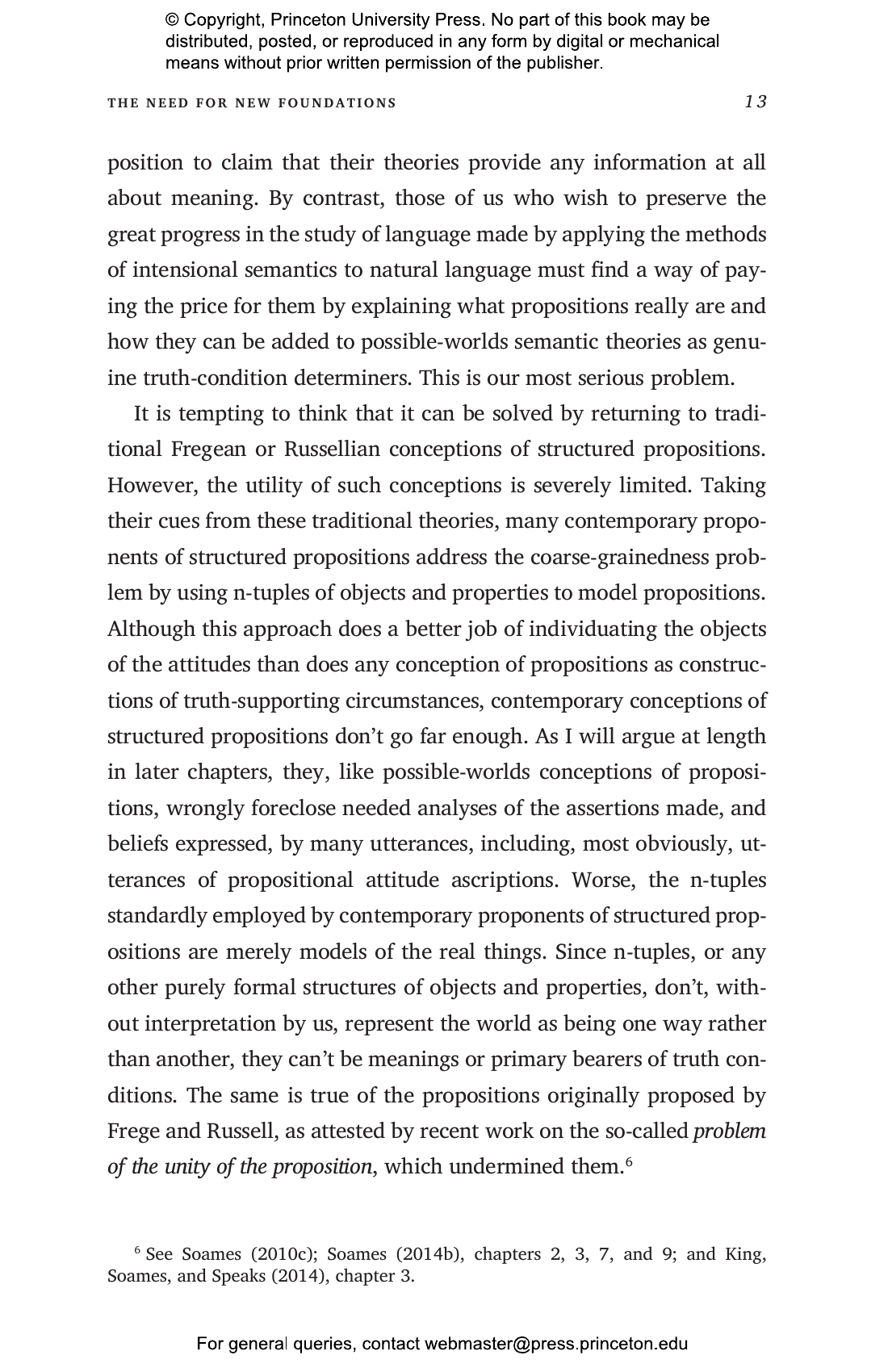 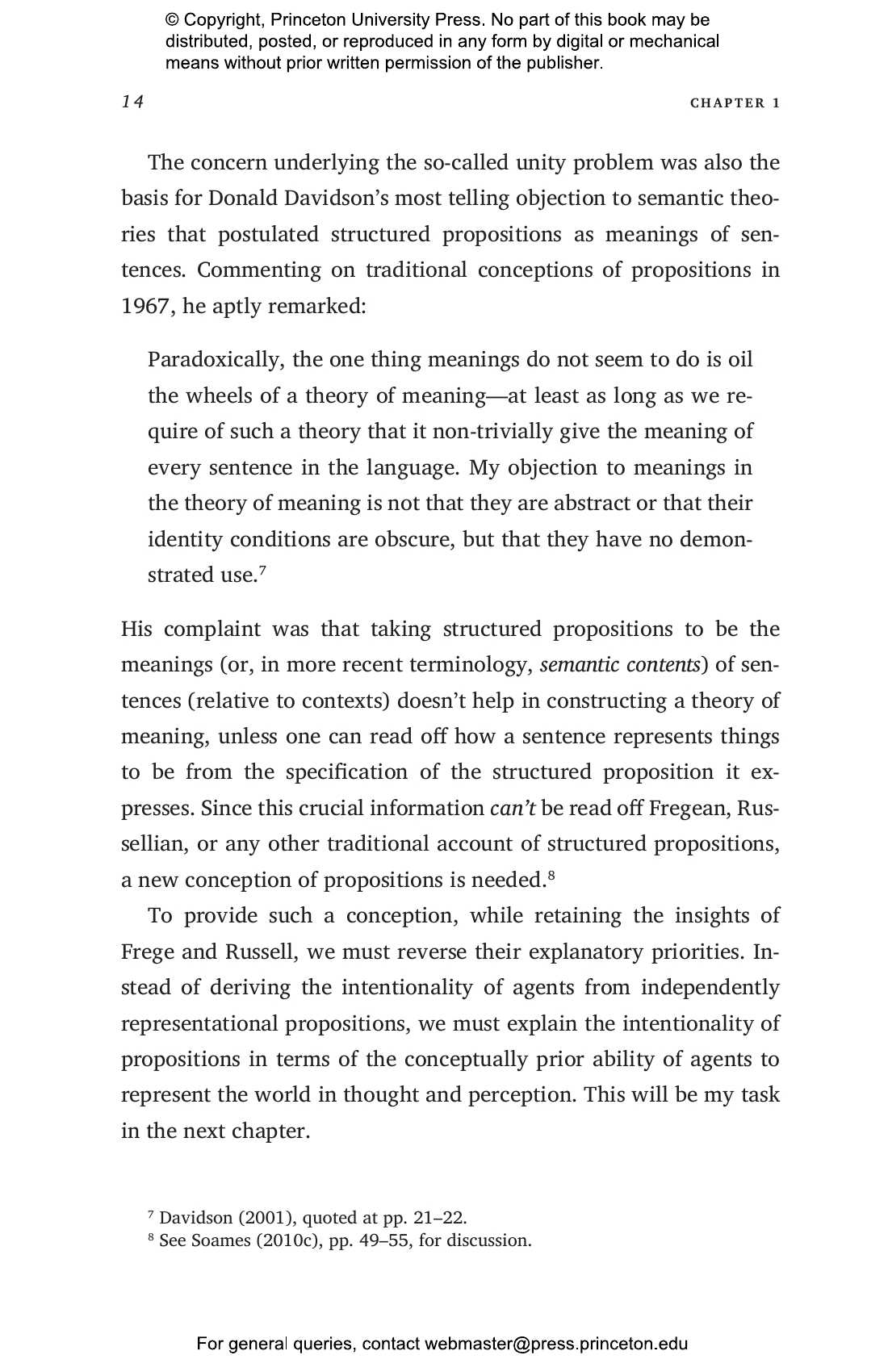 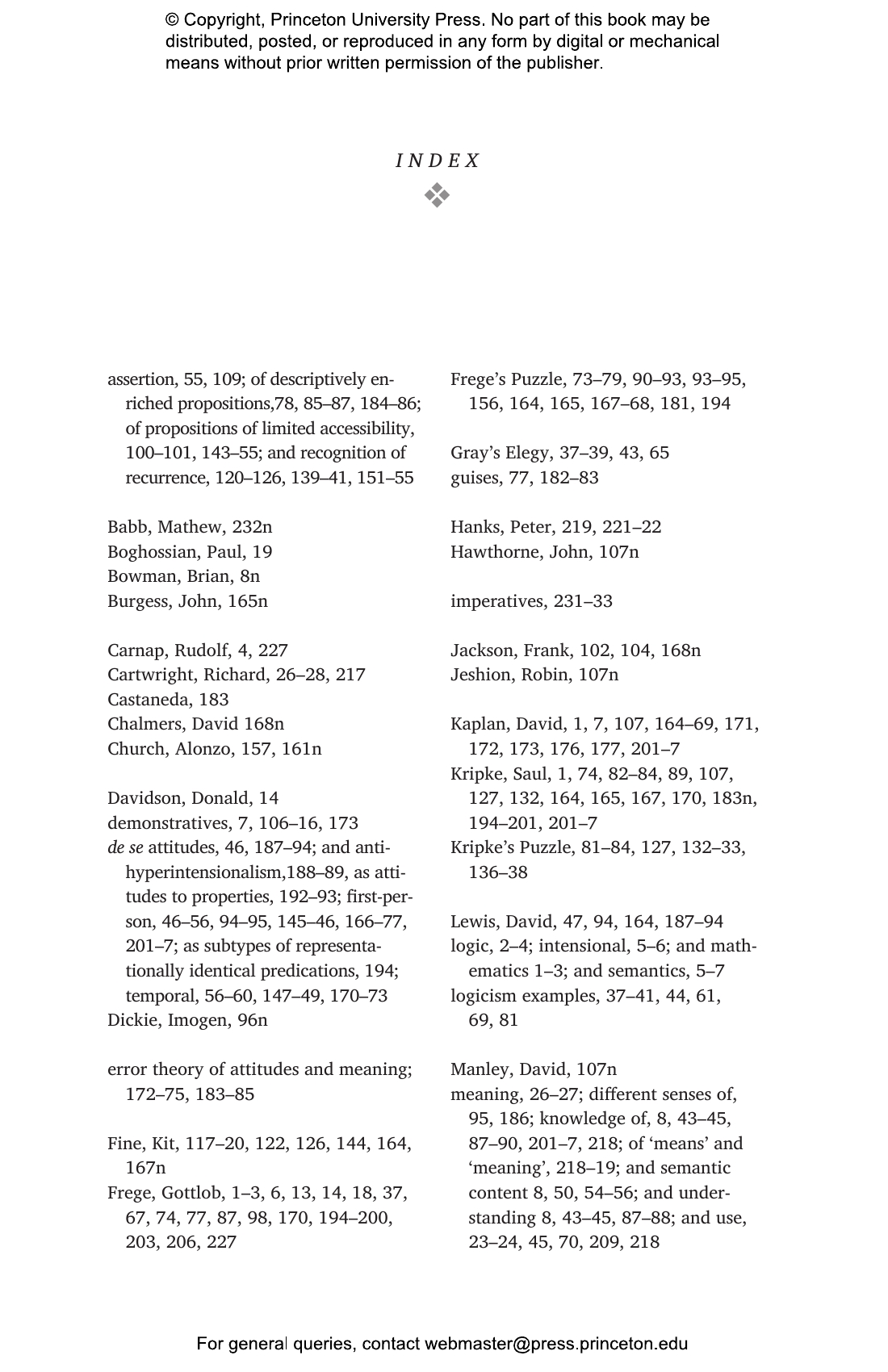 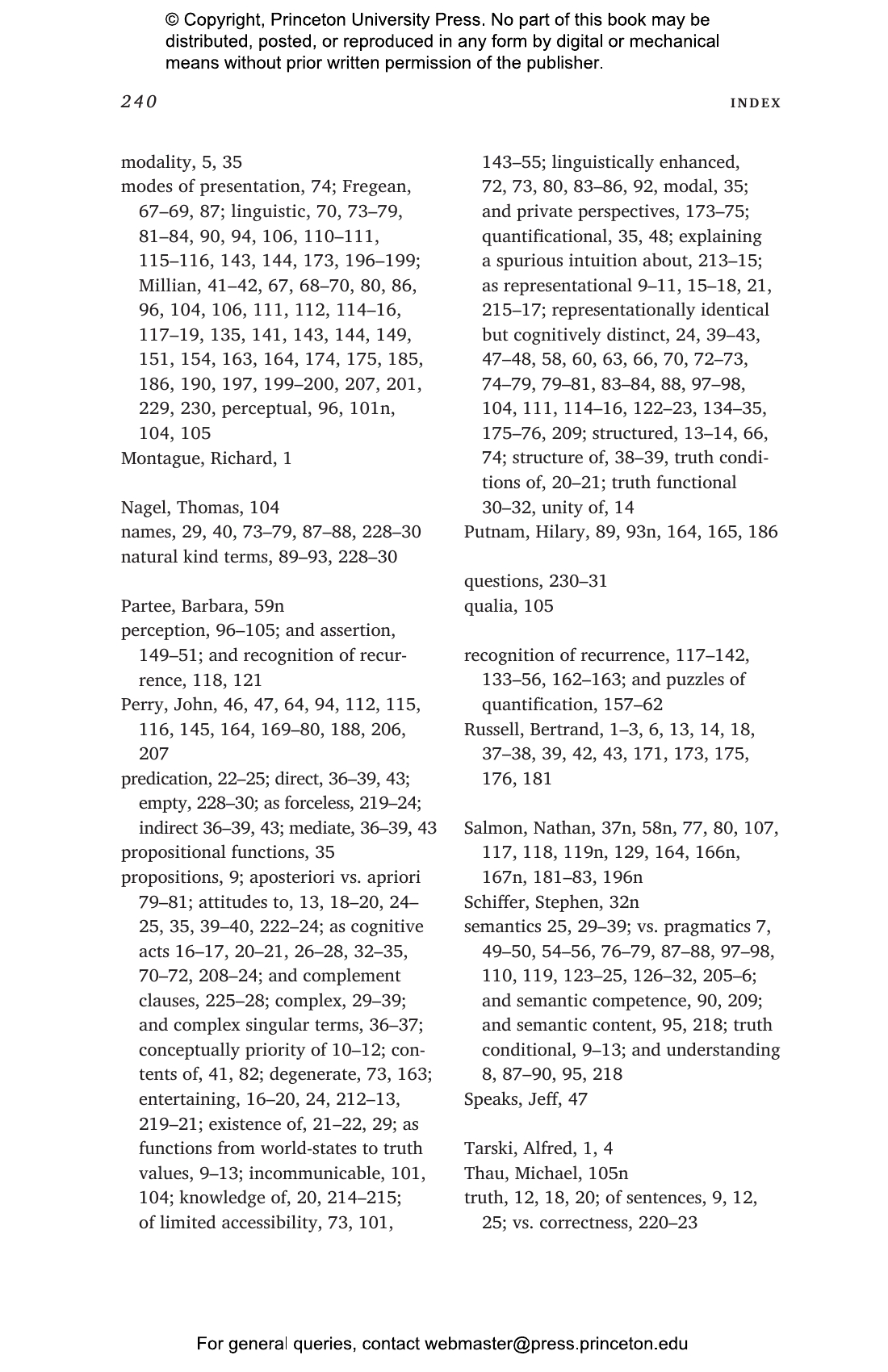 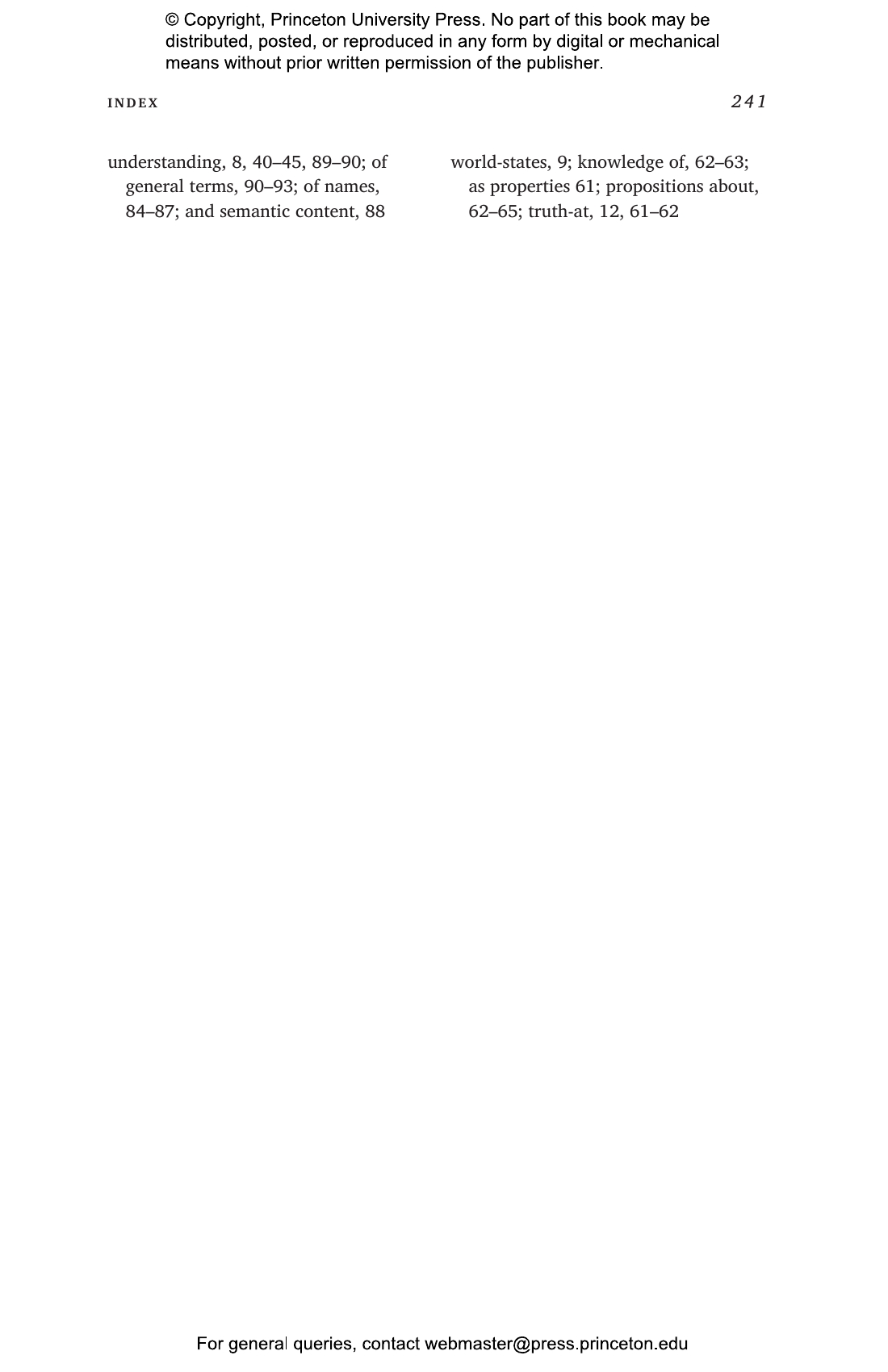 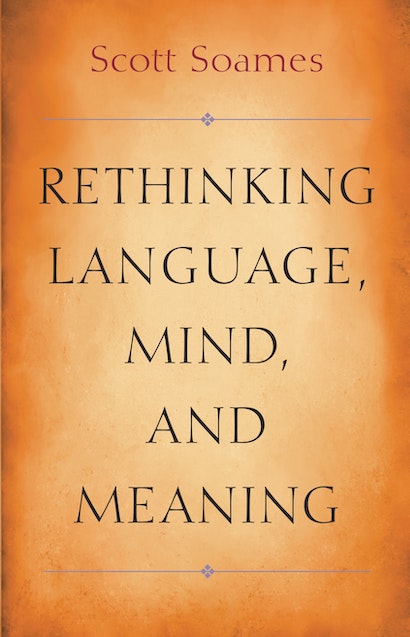 In this book, Scott Soames argues that the revolution in the study of language and mind that has taken place since the late nineteenth century must be rethought. The central insight in the reigning tradition is that propositions are representational. To know the meaning of a sentence or the content of a belief requires knowing which things it represents as being which ways, and therefore knowing what the world must be like if it is to conform to how the sentence or belief represents it. These are truth conditions of the sentence or belief. But meanings and representational contents are not truth conditions, and there is more to propositions than representational content. In addition to imposing conditions the world must satisfy if it is to be true, a proposition may also impose conditions on minds that entertain it. The study of mind and language cannot advance further without a conception of propositions that allows them to have contents of both of these sorts. Soames provides it.

He does so by arguing that propositions are repeatable, purely representational cognitive acts or operations that represent the world as being a certain way, while requiring minds that perform them to satisfy certain cognitive conditions. Because they have these two types of content—one facing the world and one facing the mind—pairs of propositions can be representationally identical but cognitively distinct. Using this breakthrough, Soames offers new solutions to several of the most perplexing problems in the philosophy of language and mind.

"By incorporating elements of philosophy of mind into language and metaphysics, this book represents an important turn in thinking about propositions. The book is certain to have a significant impact in discussions of logic, language, and mind in 21st-century analytic philosophy."—Choice

"This book provides an up-to-date and coherent version of Soames' theory of propositions. . . . However, this work is far from being just the result of collecting together the author’s previous achievement in this field. On the contrary, it contains an original proposal while also representing years of research in a systematic and persuasive essay."—Edoardo Rivello, MathSciNet

"This is a very significant and original contribution to the philosophy of language, centering on a new way of thinking about propositions. Previous authors have treated propositions as abstract entities that speakers and hearers are aware of and that constitute the meanings or contents of sentences. But Soames argues persuasively that propositions are best thought of as things people do. In developing this idea, he shows how his proposal solves significant difficulties in the philosophy of language. This book will make a huge impact on the subject."—Gilbert Harman, Princeton University

"This is a brilliant book and it will be extremely influential. It lays out Soames's important theory of propositions, and significantly extends that theory to solve central problems in the foundations of the study of mind and language. Soames has gone further than anyone else in trying to use a theory of the metaphysics of propositions to illuminate issues in the theory of content."—Jeff Speaks, University of Notre Dame