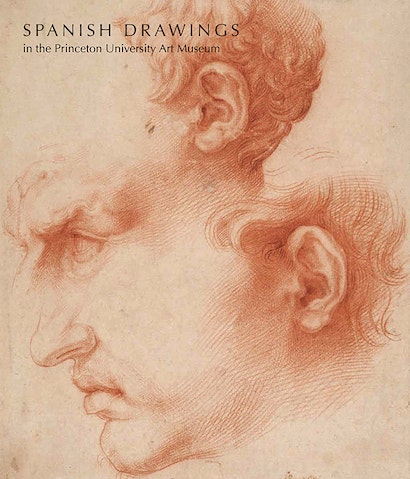 The Princeton University Art Museum’s collection of Spanish drawings includes masterworks by artists such as Jusepe de Ribera (1591–1652), Bartolomé Esteban Murillo (1617–1682), Francisco Goya (1746–1828), Pablo Picasso (1881–1973), and Salvador Dalí (1904–1989). Although many of the drawings in the collection relate to celebrated paintings, commissions, and other works by these artists, they remain largely unknown. Most have not been published previously and many are attributed here for the first time.

In Spanish Drawings in the Princeton University Art Museum, preeminent scholars enrich the growing corpus of work on Spanish drawings with original research. Each of the 95 drawings is reproduced in color, often accompanied by comparative illustrations. Watermarks have been documented with beta radiography and are included in an appendix. Provenances and artist biographies round out this detailed record of one of the most important collections of its kind.

Lisa A. Banner has written extensively on Spanish baroque art and has contributed to exhibition catalogues, symposia, and conferences throughout the world, most recently co-curating The Spanish Manner at The Frick Collection (2010–11).