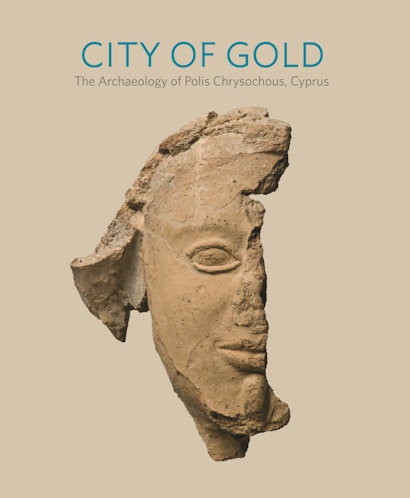 The modern Cypriot town of Polis Chrysochous—“City of Gold”—lies above the city of Arsinoe and the earlier city-kingdom of Marion. In 1885 excavators began exploring the extensive cemeteries of these cities. Since 1983 the Princeton Cyprus Expedition has focused on the remains of sanctuaries, public buildings, workshops, and private residences spanning the Geometric through Classical periods of Marion and the Hellenistic through Roman, early Christian, and medieval periods of Arsinoe.

Combining archaeological investigation and historical analysis, City of Gold relates the discoveries establishing that these cities had close ties with Greece and with regions from Egypt to Anatolia, findings best represented by the painted vases and terracotta sculptures of Marion and the architecture of Arsinoe. Nearly half of the 110 artifacts included in the catalogue are previously unpublished, and another third are published in detail for the first time.