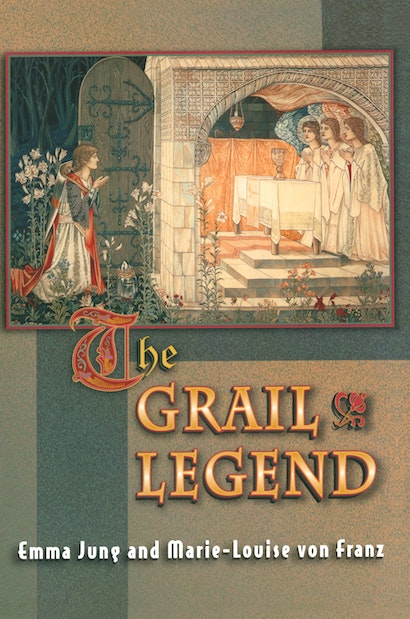 The Holy Grail and its quest is a legend that has had a powerful impact on our civilization and culture. The Grail itself is an ancient Celtic symbol of plenty as well as a Christian symbol of redemption and eternal life, the chalice that caught the blood of the crucified Christ. The story of the Grail sheds profound light on man’s search for the supreme value of life, for that which makes life most meaningful.


Writing in a clear and readable style, two leading women of the Jungian school of psychology present this legend as a living myth that is profoundly relevant to modern life. We encounter such universal figures as the Fool (the naive young Perceval), the Wise Old Man (the Hermit Gornemanz), the Virgin Maiden (Blancheflor), the Loathly Damsel, and such important themes as the Waste Land, the Trinity, and the vessel of the Grail. Weaving together narrative and interpretation, the authors show us how the legend reflects not only fundamental human problems but also the dramatic psychic events that form the background of our Christian culture. Emma Jung — analyst, writer, and wife of the famous psychologist C. G. Jung — researched and worked on this book for thirty years, until her death in 1955. Marie-Louise von Franz, also eminent in the field of depth psychology, completed the project.

Emma Jungwas a life-long student of Arthurian mythology, and the author of Animus and Anima. Marie-Louise von Franz, who passed away in 1998, made major contributions to Jungian analysis and the study of myth. Her many books include Individuation in Fairy Tales, Number and Time, and Puer Aeternus. She is also coauthor of Man and His Symbols.

"The Grail Legend is a beautifully sustained application of Jungian theory to a whole story rather than merely to isolated motifs or archetypes. The work is far better researched than many other Jungian studies, and is written with a spritely, charming touch. A delightful volume."—Robert Segal, University of Lancaster, editor of Jung on Mythology and The Gnostic Jung