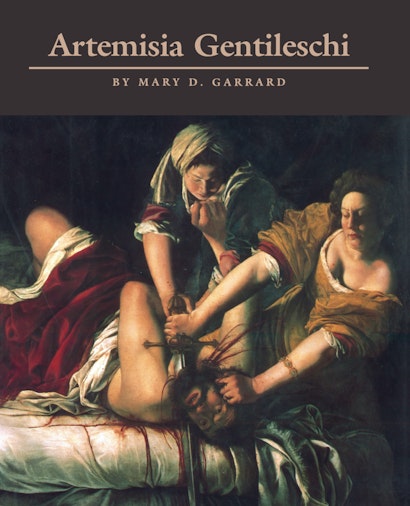 Artemisia Gentileschi, widely regarded as the most important woman artist before the modern period, was a major Italian Baroque painter of the seventeenth century and the only female follower of Caravaggio. This first full-length study of her life and work shows that her powerfully original treatments of mythic-heroic female subjects depart radically from traditional interpretations of the same themes.

"[This book] is doubly welcome, both for its hitherto underrehearsed subject—one of the most accomplished female practitioners in the history of art—and for the exceptionally keen and questing intelligence which the author brings to her task."—John Gash, Art in America

"Garrard brings her subject vividly to life as few scholars of the period have done for other artists.... [Her] powerfully argued, intelligent appreciation of every facet of Gentileschi's difficult life and artistic contribution will bring the artist a large, new audience."—Ann Sutherland Harris, The Women's Review of Books

"If you read only one art history book this year, it should be Mary D. Garrard's Artemisia Gentileschi."—Raymond B. Waddington, Studies in English Literature, 1500-1900