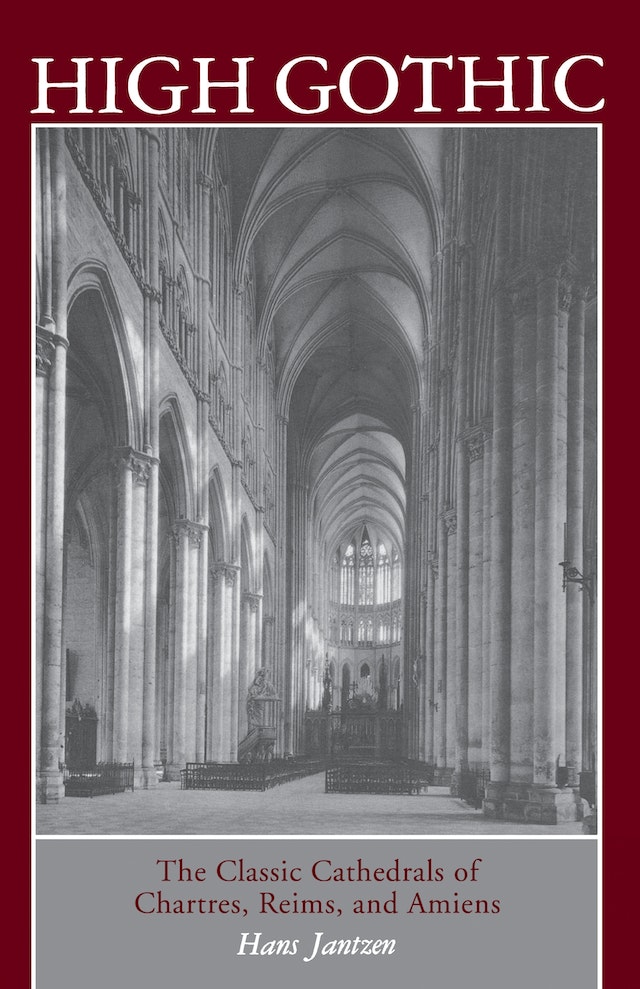 This engaging study introduces the reader to one of the greatest achievements of Western art: the climactic phase of Gothic architecture in the first half of the thirteenth century. Through a comparative analysis of the cathedrals of Chartres, Reims, and Amiens, the author illuminates the technical, theological, artistic, and social factors that formed the High Gothic synthesis. Drawing on a lifetime of scholarship, he successively characterizes the different parts of the Gothic cathedral and describes the human context of the three great buildings.

"This book is unquestionably a major contribution to our understanding of the formal organization of Gothic architecture."—Journal of Aesthetics and Art Criticism

"Jantzen's method of analysis is a happy mixture of the archaeological approach of the early twentieth-century French historians of medieval architecture and of the more theoretically-minded German schools."—Robert Branner, journal of Aesthetics and Art Criticism

"An uncommonly readable analysis of the major features of Gothicarchitecture in its mature phase and an ideal introduction to the subject."—Walter Cahn, Yale University