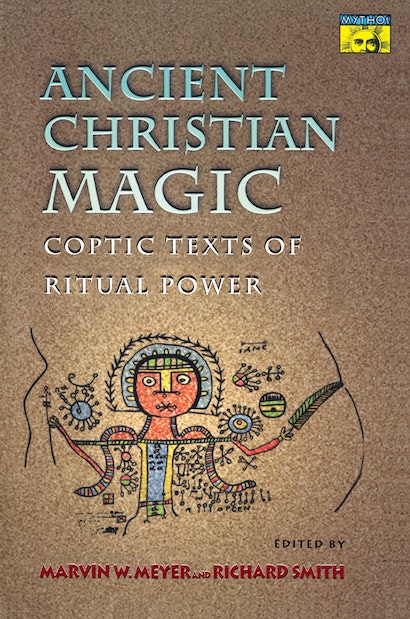 This thought-provoking collection of magical texts from ancient Egypt shows the exotic rituals, esoteric healing practices, and incantatory and supernatural dimensions that flowered in early Christianity. These remarkable Christian magical texts include curses, spells of protection from “headless powers” and evil spirits, spells invoking thunderous powers, descriptions of fire baptism, and even recipes from a magical “cookbook.” Virtually all the texts are by Coptic Christians, and they date from about the 1st-12th centuries of the common era, with the majority from late antiquity. By placing these rarely seen texts in historical context and discussing their significance, the authors explore the place of healing, prayer, miracles, and magic in the early Christian experience, and expand our understanding of Christianity and Gnosticism as a vital folk religion.

Marvin W. Meyer is Professor of Religion at Chapman University and director of the Coptic Magical Texts Project of the Institute for Antiquity and Christianity. Richard Smith teaches at Claremont Graduate School and was managing editor of The Nag Hammadi Library (revised edition).

"This book is a treasure-trove of material illustrating folk beliefs and practices of a people in Egypt spanning more than a thousand years."—Birger A. Pearson, University of California, Berkeley

"An excellent collection of magical texts.... I teach my students that there is no strict dividing line between magic and religion, even in Christianity, and this is a vital sourcebook to make this truth a reality for them."—Kurt Rudolph, Philipps Universität, Marburg, and author of Gnosis: The Nature and History of Gnosticism

"This book is well organized and exceedingly well edited. There are helpful introductions to each chapter and, even more, to each selection.... [It] could scarcely be more user friendly for lay readers.... There exists nothing like it, at least nothing so accessible to nonexperts."—Robert Segal, Lancaster University, editor of The Gnostic Jung