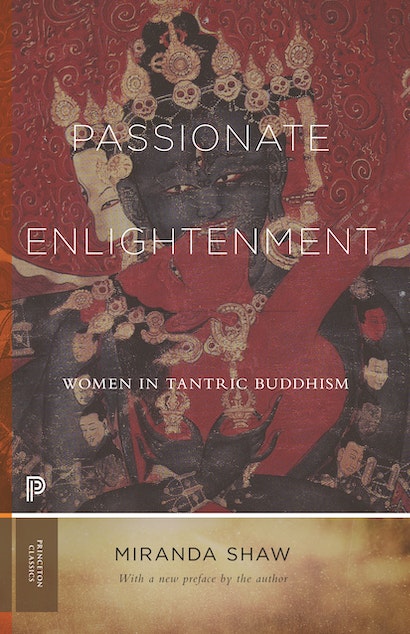 The crowning cultural achievement of medieval India, Tantric Buddhism is known in the West primarily for the sexual practices of its adherents, who strive to transform erotic passion into spiritual bliss. Historians of religion have long held that this attempted enlightenment was for men only, and that women in the movement were at best marginal and subordinated and at worst degraded and exploited. In Passionate Enlightenment, Miranda Shaw argues to the contrary and presents extensive evidence of the outspoken and independent female founders of the Tantric movement and their creative role in shaping its distinctive vision of gender relations and sacred sexuality. Including a new preface by the author, this Princeton Classics edition makes an essential work available for new audiences.

Miranda Shaw is professor emerita of religious studies at the University of Richmond. She is the author of Buddhist Goddesses of India (Princeton).

“Rigorously researched. . . . This is feminist scholarship at its best.”—Alessandra Iyer, Times Higher Education

“A balanced reassessment of a tradition too long misunderstood.”—James George, Parabola