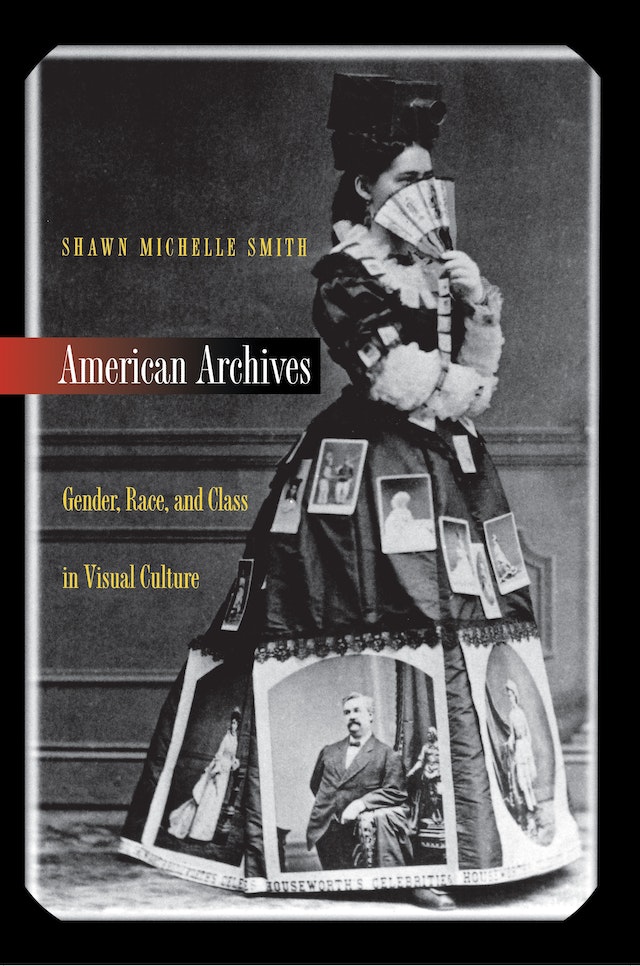 Visual texts uniquely demonstrate the contested terms of American identity. In American Archives Shawn Michelle Smith offers a bold and disturbing account of how photography and the sciences of biological racialism joined forces in the nineteenth century to offer an idea of what Americans look like — or “should” look like. Her varied sources, which include the middle-class portrait, baby picture, criminal mugshot, and eugenicist record, as well as literary, scientific, and popular texts, enable her to demonstrate how new visual paradigms posed bodily appearance as an index to interior “essence.” Ultimately we see how competing preoccupations over gender, class, race, and American identity were played out in the making of a wide range of popular and institutional photographs.


Smith demonstrates that as the body was variously mapped and defined as the key to essentialized identities, the image of the white middle-class woman was often held up as the most complete American ideal. She begins by studying gendered images of middle-class domesticity to expose a transformation of feminine architectures of interiority into the “essences” of “blood,” “character,” and “race.” She reads visual documents, as well as literary texts by Nathaniel Hawthorne, Pauline Hopkins, and Theodore Dreiser, as both indices of and forms of resistance to dominant images of gender, class, race, and national identity. Through this analysis Smith shows how the white male gaze that sought to define and constrain white women and people of color was contested and transformed over the course of the nineteenth century.


Smith identifies nineteenth-century visual paradigms that continue to shape debates about the terms of American belonging today. American Archives contributes significantly to the growing field of American visual cultural studies, and it is unprecedented in explaining how practices of racialized looking and the parameters of “American looks” were established in the first place.

"The volume is full of provocative ideas and juxtapositionings. It is a deeply researched, rich, and complex weaving-together of important empirical material and theoretical strands which are relevant beyond the volume's substantive subject matter."—Elizabeth Edwards, Journal of the Royal Anthropological Institute

"An imaginative, responsible, and very timely work. Shawn Michelle Smith brings into focus important connections between the development of photographic techniques and eugenic strategies in the articulation of a white middle-class identity. Her material explanation of how these cultural strategies came into existence is suggestive and exciting. This is a first-rate book that will be read widely in the fields of English and cultural studies, American studies, and women and gender studies."—Priscilla Wald, University of Washington

"A brilliant and important book. . . . The way it treats its visual evidence shows an eye so deeply schooled in American cultural history and so sensitive to the nuances and value of close reading that the visual material itself becomes transubstantiated into critical theory. I have been waiting for years for a book like this to come along."—Laura Wexler, Yale University