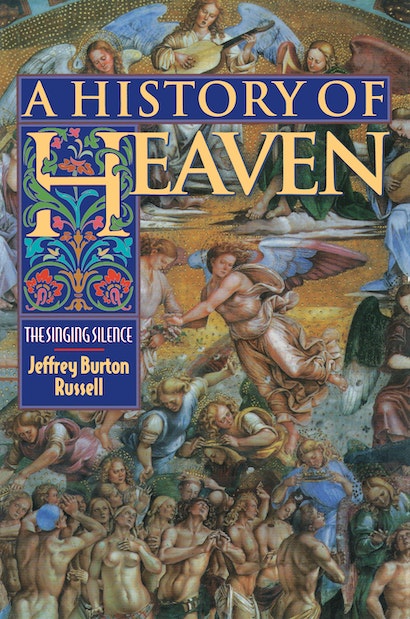 Well-known for his historical accounts of Satan and hell, Jeffrey Burton Russell here explores the brighter side of eternity: heaven. Dispensing with the cliché images of goodness that can make even heaven seem unbearable, the author stimulates our imagination with a history of how the joy of paradise has been conceived by writers, philosophers, and artists for whom heaven was an imminent reality. Russell not only explores concepts found among the ancient Jews, Greeks, and Romans as well as early and medieval Christians, but also addresses the intellectual problems heaven poses: how does time “pass” in eternity? is heaven a place or a state? who is in and who is not? what happens to the body and soul between death and Judgment Day? Russell stresses that the best way to approach the logic-defying concept of a place occupying neither space nor time is through poetry and paradox, and through the visions of such mystics as Bernard, Julian of Norwich, and Eckhart.


After the Revelation of Saint John the Divine, the most sublime and encompassing portrait of heaven to date has come not from a theologian but from a poet — Dante Alighieri in his Divine Comedy. Russell’s history of heaven culminates in a lively analysis of how Dante described the glories of the indescribable. The unsurpassed images of light, movement, and community that Dante uses so skillfully to convey the presence of God are rooted in the Jewish picture of heaven as a garden or court and in the Greek picture of the Elysian Fields.


Using current scholarly insights together with a vast store of knowledge gathered from the past, Russell takes the idea of heaven as valid and important in itself — something to be understood from the point of view of those believing in it. His very use of language immerses us in the thoughts of those who have sought heaven and provides rich material for contemplation.

Jeffrey Burton Russell is Professor of History and Religious Studies at the University of California, Santa Barbara. He is the author of fifteen previous books, including most recently Mephistopheles: The Devil in the Modern World, The Prince of Darkness, A History of Witchcraft: Sorcerers, Heretics, Pagans, and Inventing the Flat Earth: Columbus and Modern Historians.

"An honest, erudite and personal paean to heaven."—Publishers Weekly

"At minimum, it is the most rigorous modern study of the various strains of Western tradition that culminate in [Dante's] Paradiso. But its introductory chapter goes beyond that to sketch out an apologia for passionate heavenly belief. In effect, Russell tries to re-establish the honor of the Christian mystical tradition. . . . Like Dante's, Russell's paradise is deeply God-oriented."—David Van Biema, Time

"Russell offers ever deepening insights into the human notion of heaven. . . . His work holds plenty of historical information on heaven drawn from early and medieval Christianity, yet its style is clear and readable."—Library Journal

"Thoughtful and elegant. . . A rare combination of scholarship, poetic sensitivity, and insight."—Kirkus Review

"As a survey or overview of Christian (and some Jewish) religious thought about Heaven as the destiny of human life over these 1500 years this is an excellent if necessarily compact history. . . . Clearly Russell knows his subject intimately and his personal devotion to it comes across warmly on every page."—Hugh Dickinson, The Financial Times

"[Russell's goal] is to explore the history of 'concepts' of heaven, which he does with encyclopedic knowledge and a lovely gift for language."—Monica Furlong, The Times Literary Supplement

"No brief review can begin to do justice to the rich complexity and subtlety of Russell's thought. . . [T]he book testifies to his exceptional learning and intellectual sophistication, [and] it is written with the utmost consideration for the readers who are not scholars. . . . Russell offers us Christian scholarship at its best, for, without ever falling into condescension, he clearly explains even the most difficult and unfamiliar terms and concepts, and he invites even the uninitiated reader to share his evident delight in exploring the many facets of this pre-eminently important concept."—Christianity Today

"A detailed, scholarly work which is alive with passion and poetry. This is a book about joy. . . . Russell clearly believes in heaven and is unashamed if saying so."—Sara Maitland, Commonweal

"This book exemplifies the new genre of devotional scholarship. . . .[A]n approach [Russell] hopes will come as a relief to ordinary readers. . . . What he gives us is a mostly chronological survey of ideas about heaven, beginning with Judaism and coming up to Dante, using that theme as the basis for reflections appealing to a contemporary devotional imagination."—Alfred Corn, New York Times Book Review

"Russell. . . offers a fascinating historical analysis of the concept of heaven. . . . [He] provides an insightful and creative study of the visionary, symbolic, poetic, and paradoxical modes of expression. . . . The scope, suggestiveness, and research base of this work make it a significant, even a landmark, study of heaven."—Choice

"Extraordinary.... Christian scholarship at its best.... The entire book pulsates with Russell's own commitment to heaven's ineffable beauty and splendor."—Elizabeth Fox-Genovese, Christianity Today

"Russell's greatest contribution to the way we see heaven [is] his readiness to slough off the fiction of objectivity and dive straight into pure inspiration."—Greg Burk, L.A. Weekly Literary Supplement

"Jeffrey Russell knows more about heaven than anyone except Saint Peter. In this sensitive inquiry, Russell examines the traditional Christian heaven in an ecumenical spirit. Expounding one perspective after another, he makes each vision pointed, clear, illuminating. Anyone interested in religion of any kind will prize this book. It is an exhilarating read."—Alan E. Bernstein, University of Arizona

"A History of Heaven serves the important purpose of educating us in the fullness of the Christian tradition about the nature of the afterlife of the blessed regarded from every relevant point of view: theology, popular religious feeling, poetic metaphor and expression, devotion, and psychology of religious feeling. The wealth of Russell's knowledge is demonstrated on every page and is presented with a fluency and ease that are the marks of mature scholarship informed by genuine fresh enthusiasm."—Nancy F. Partner, McGill University

"This is a masterly synthesis of much of the ancient and medieval understandings of heaven through Dante, accenting both the commonalities and the divergences and debates within the traditions studied. It is the only in-depth treatment of its subject and should become a standard reference for scholars as well as the general reader. The style is engaging and accessible, and the author displays a magisterial grasp of his materials."—Marcia L. Colish, Oberlin College

"Jeffrey Russell's history of the concept of heaven is written with the same sensitivity and thoroughness that characterized his earlier work on Satan/Lucifer, but it is presented with a lyric intensity that is necessarily absent from the earlier work. In terms of comprehensiveness, respect for diverse philosophical and religious traditions and influences, and awareness of the changing character of the concept over time, Russell has written the most useful and intelligent history of heaven to date."—Edward Peters, University of Pennsylvania

"Jeffrey Russell has written a remarkably comprehensive account of the Christian concept of heaven in the later ancient and medieval periods down to Dante. A History of Heaven makes a complex subject accessible to a wide range of contemporary readers, while it offers specialists in the Middle Ages the benefits of a lifetime devoted to the study of Western orthodoxy and dissent."—Brian Stock, University of Toronto

"Jeffrey Burton Russell once observed that an adequate general history of heaven had yet to be written for a contemporary audience. Students of the history of Christianity should rejoice that he has taken up the task with his customary gusto and learning. A History of Heaven provides a rapid, yet sure tour through the varied Christian ideas about heaven, commencing with their origins in Judaism and Greco-Roman religions down to Dante. Modern students, lacking the presence of a Vergil or a Beatrice, will find in this book a useful guidebook on their journey through the varied landscapes of heaven."—Thomas Head, Washington University-St. Louis

"Jeffrey Russell, renowned historian of evil and of Satan, has turned his pen to medieval conceptions of heaven. This is a work of love, not of duty. The preface and conclusion wax poetic on the hope of everlasting beatitude, on the yearning of medieval people for a state of bliss beyond time and space. The genius of Russell's book is to give that yearning historical texture, to differentiate visions of hope over time—and to do so in a language both beginners and scholars can follow. Russell begins with the Hebrew Bible, focuses on the complex teachings of the early church, and leads the reader into the poetic vision of Dante. A wonderful achievement, a work of maturity and mastery."—John Van Engen, Director of The Medieval Institute, University of Notre Dame

"Bold in its historical sweep and assured in its scholarly depth, A History of Heaven is vintage Russell—a wonderfully imaginative evocation of the celestial theme and a fitting complement to his four fine volumes on the history of the Devil."—Francis Oakley, Williams College