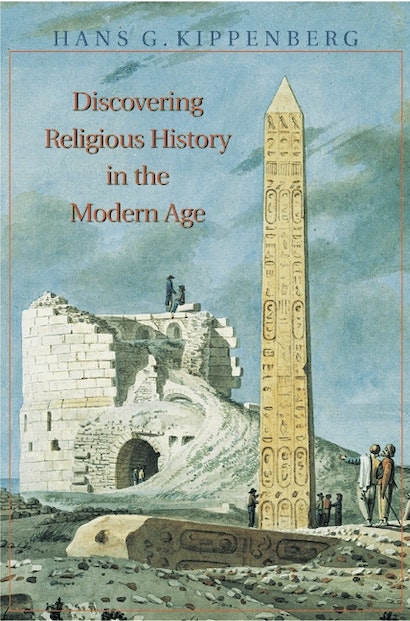 This book makes an unparalleled attempt to analyze the rise of comparative religion as a particular response to modernization. In the mid-nineteenth century and continuing into the twentieth, Western scholars began to interpret religion’s history, drawing on prehistorical evidence, recently deciphered texts, and ethnographical reports. Religions that had been rejected as irrational by Enlightenment philosophers were now studied with enthusiasm. Using comparative methods, scholars identified in their own culture traces of ancient, oriental, and tribal religions — not merely as survivals but increasingly as powerful manifestations of a human existence not subdued by rationality.

Hans Kippenberg shows how F. Max Müller, E. B. Tylor, W. Robertson Smith, J. G. Frazer, Jane Harrison, R. R. Marett, E. Durkheim, Max Weber, William James, and Rudolf Otto included in their reconstruction of the religious past a diagnosis of modern culture. Mysticism, soul, ritual, magic, pre-animism, world-rejection, and other notions were developed into a theory, disclosing in modern culture an ignored continuity of worldviews and attitudes. These scholars saw the modern world as still dependent on religion and believed that a history of religion could speak to questions about morality and identity that Enlightened thinkers or theologians could no longer answer. The study of ancient and non-Western religions, they believed, could help establish awareness of a genuine human culture threatened by an increasingly mechanized world. Their work shows how the historical concept of religion emerged and became plausible in the context of modernization, and peoples’ experiences of modernization determined the meanings that religion assumed.

Hans G. Kippenberg, Professor at the University of Bremen and Fellow at the Max-Weber-Kolleg of the University of Erfurt, is the editor of the journal Numen, the author of numerous publications in German, and the coeditor of Secrecy and Concealment and Envisioning Magic.

"Hans G. Kippenberg has accomplished what few religion scholars have yet to do: namely, write an intelligent and accessible case for the study of comparative religion."—D. G. Hart, American Historical Review

"A rich and fascinating portrayal of the formation of a discipline."—Kocku von Stuckrad, Religious Studies Review

"Kippenberg is a fine scholar of real integrity. His book is a readable and practical introduction to the rise of the study of religion and culture in Europe as well as an intriguing piece of cultural theorizing. It is serious without being pompous, intelligent without being at all impenetrable, and fresh without being strange."—Ivan Strenski, University of California, Riverside