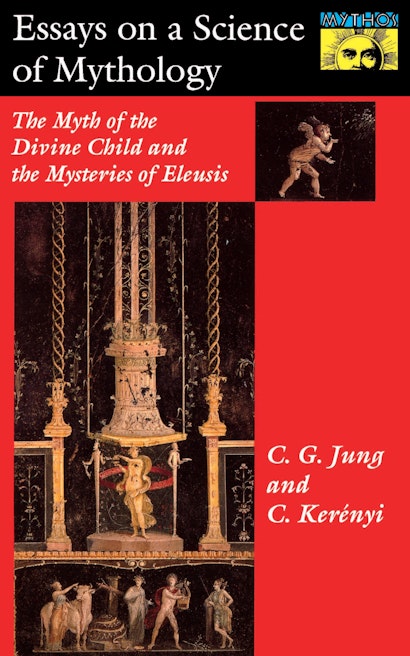 Essays on a Science of Mythology is a cooperative work between C. Kerényi, who has been called “the most psychological of mythologists,” and C. G. Jung, who has been called “the most mythological of psychologists.” Kerényi contributes an essay on the Divine Child and one on the Kore (the Maiden), together with a substantial introduction and conclusion. Jung contributes a psychological commentary on each essay. Both men hoped, through their collaboration, to elevate the study of mythology to the status of a science.


In “The Primordial Child in Primordial Times” Kerényi treats the child-God as an enduring and significant figure in Greek, Norse, Finnish, Etruscan, and Judeo-Christian mythology. He discusses the Kore as Athena, Artemis, Hecate, and Demeter-Persephone, the mother-daughter of the Eleusinian mysteries. Jung speaks of the Divine Child and the Maiden as living psychological realities that provide continuing meaning in people’s lives.


The investigations of C. Kerényi are continued in a later study, Eleusis: Archetypal Image of Mother and Daughter (Princeton).

"There is an abundance of interesting and occasionally suggestive detail . . . and beyond all this there is the undeniable importance and fascination of the question of the archetypes which Jung puts before us."—Sewanee Review