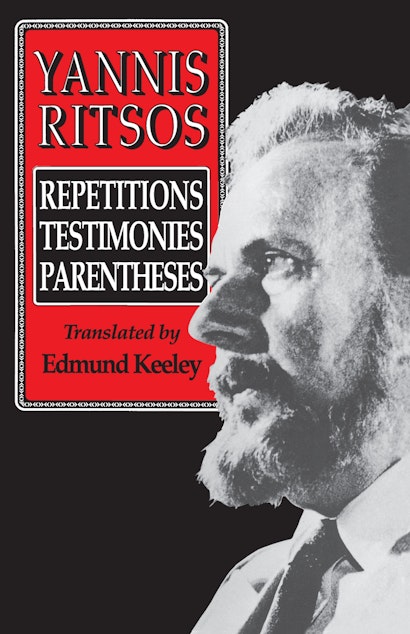 The celebrated modern Greek poet Yannis Ritsos follows such distinguished predecessors as C. P. Cavafy and George Seferis in a dramatic and symbolic expression of a tragic sense of life. The shorter poems gathered in this volume present what Ritsos calls “simple things” that turn out not to be simple at all. Here we find a world of subtle nuances, in which everyday events hide much that is threatening, oppressive, and spiritually vacuous — but the poems also provide lyrical and idyllic interludes, along with cunning re-creations of Greek mythology and history. This collection of Ritsos’s work — perhaps most of all those poems written while he was in forced exile under the dictatorship of the Colonels — testifies to his just place among the major European poets of this century. The distinguished translator of modern Greek poetry Edmund Keeley has chosen for this anthology selections from seven of Ritsos’s volumes of shorter poems written between 1946 and 1975. Two of these volumes are represented here in English versions for the first time, two others have been translated only sporadically, and the remaining three were first published in a bilingual edition now out of print (Ritsos in Parentheses). The collection thus covers thirty years of a poetic career that is the most prolific, and among the most honored, in Greece’s modern history.

Edmund Keeley (1928–2022) was the Charles Barnwell Straut Class of 1923 Professor of English, emeritus, and professor emeritus of creative writing at Princeton University.