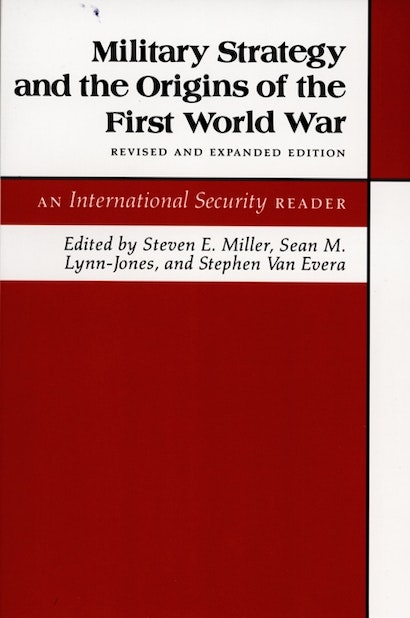 These five essays from the prestigious journal International Security analyze the outbreak of the First World War from the standpoint of power politics and military strategy. “The disaster of 1914 continues to haunt the contemporary security debate,” writes Steven E. Miller in his introduction. “In the nuclear age, the images that remain from the summer of 1914—the escalation from an isolated event in a far corner of Europe to a global war, the apparent loss of control of the situation by key decision-makers, the crowding out of diplomacy by military exigencies, the awful, protracted, often senseless slaughter on the battlefield—raise troubling doubts about our ability to forever conduct affairs of state safely in an international environment plagued by the ever-present risk of thermonuclear war.”

The book includes Paul Kennedy’s “The First World War and the International Power System,” Michael Howard’s “Men Against Fire: Expectations of War in 1914,” Stephen Van Evera’s “The Cult of the Offensive and the Origins of the First World War,” Jack Snyder’s “Civil-Military Relations and the Cult of the Offensive, 1914 and 1984,” and Richard Ned Lebow’s “Windows of Opportunity: Do States Jump Through Them?”

"Editor Steven E. Miller has assembled essays by five scholars, each of whom has written an excellent study of the major facets of military strategy in the years before 1914 from the perspective of the nuclear age."—Military Review