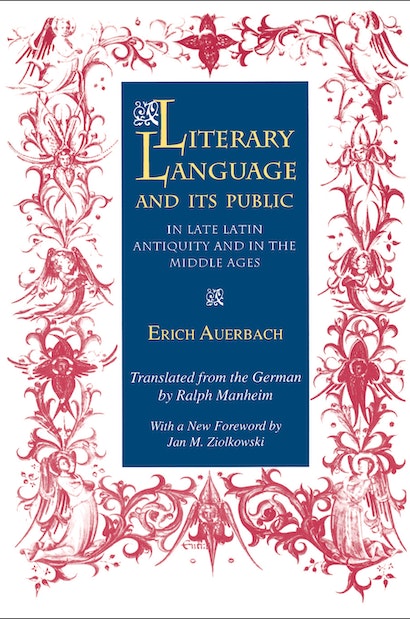 In this, his final book, Erich Auerbach writes, “My purpose is always to write history.” Tracing the transformations of classical Latin rhetoric from late antiquity to the modern era, he explores major concerns raised in his Mimesis: the historical and social contexts in which writings were received, and issues of aesthetics, semantics, stylistics, and sociology that anticipate the concerns of the new historicism.

Erich Auerbach (1892-1957) was Sterling Professor of Romance Philology at Yale University. His Mimesis is also available from Princeton University Press.

"Auerbach magically relates the story of Christian transformation of the . . . styles of classical pagan antiquity with the lowly style accepted as standard in the Middle Ages until the reemergence of the sublime style through Dante's Divine Comedy."—The Virginia Quarterly Review

"This book, like [Mimesis], is necessary reading. . . . [Its] penetration of the Western public and its language is both subtle and powerful. . . . The existence and the delights of his book and of the lifework it completed are an enormous beacon burning against despair."—The Times Literary Supplement