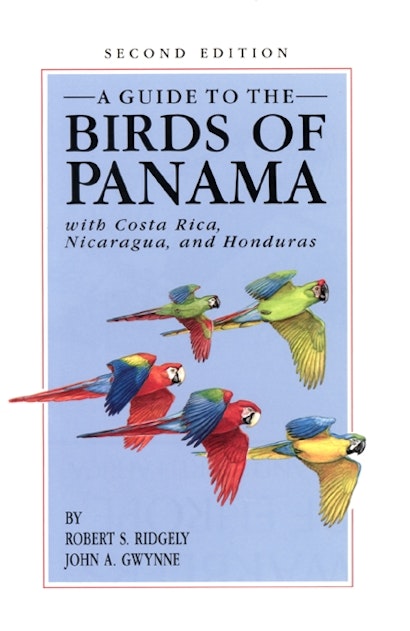 This is the first paperback version of the second edition of the popular A Guide to the Birds of Panama. In the second edition, published in 1989, the authors expanded information on the birds of Costa Rica, Nicaragua, and Honduras: approximately 200 new species were added to the material in the 1976 edition. Over 300 additional species, some of them Panamanian, were illustrated. Sixteen new plates were added, and three of the original plates were replaced by improved versions. Throughout the book changes were made to accommodate the explosion in knowledge of the birds of Panama and nearby areas and of neotropical birds in general. The basic sequence and systematics of the AOU 1983 Check-list were adopted. Also included in the revised edition was expanded and updated information on birdfinding in Panama, prepared with the assistance of two of Panama’s best resident birders. The book also contains a special section outlining developments in Panama ornithology and conservation. “A sophisticated treatment of one of the world’s richest avifaunas.” — The Quarterly Review of Biology

"A sophisticated treatment of one of the world's richest avifaunas."—Quarterly Review of Biology