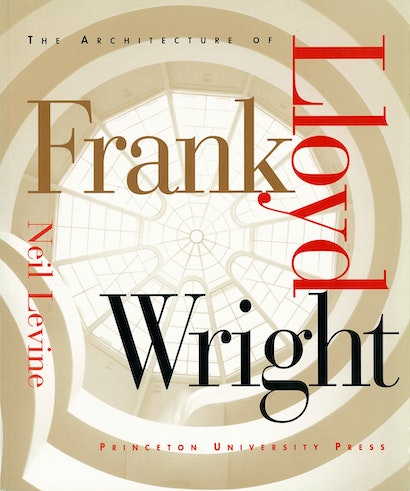 Neil Levine’s study of the architecture of Frank Lloyd Wright, beginning with his work in Oak Park in the late 1880s and culminating in the construction of the Guggenheim museum in New York and the Marin County Civic Center in the 1950s, if the first comprehensive and in-depth analysis of the architect’s entire career since the opening of the Wright Archives over a decade ago. The most celebrated and prolific of modern architects, Wright built more than four hundred buildings and designed at least twice as many more. The characteristic features of his work — the open plan, dynamic space, fragmented volumes, natural materials, and integral structure — established the basic way that we think about modern architecture. For a general audience, this engaging book provides an introduction to Wright’s remarkable accomplishments, as seen against the background of his eventful and often tragic life. For the architect or the architectural historian, it will be an important source of new insights into the development of Wright’s whole body of work. It integrates biographical and historical material in a chronologically ordered framework that makes sense of his enormously varied career, and it provides over four hundred illustrations running parallel to the text.


Levine conveys the meanings of the continuities and changes that he sees I Wright’s architecture and thought by focusing successive chapters on his most significant buildings, such as the Winslow House, Taliesin, Hollyhock House, Fallingwater, Tailsen west, and the Guggenheim Museum. A new understanding of the representational imagery and narrative structure of Wright’s work, along with a much-needed reconsideration of its historical and contextual underpinnings, gives this study a unique place in the writings on Wright. In contrast to the emphasis a previous generation of critics and historians placed on Wright’s earlier buildings, this book offers a broader perspective that sees Wright’s later work as the culmination of his earlier efforts and the basis for a new understanding of the centrality of his career to the evolution of modern architecture as a whole.

Neil Levine teaches the history of modern architecture at Harvard University, where he is the Emmet Blakeney Gleason Professor of Fine Arts. He has been the Banister Fletcher Professor of Architecture at the University of London and the Slade Professor of Fine Art at Cambridge University. He is on the editorial board of the journal Wright Studies and was on the advisory board of an upcoming PBS documentary series on Wright. He is also on the Board of Directors of the Frank Lloyd Wright Building Conservancy.

"Scrupulously researched, elegantly written (with a refreshing lack of jargon), beautifully illustrated and designed . . . the book is a feast for eye and mind, challenging assumptions and deepening understanding on almost every page. . . . Wright's ability to translate the poetic essence of a place into form was unrivaled, and no one has explored it with more insight than Levine."—The Architects' Journal

"He [Wright] created beauty, a serene beauty of space—new, undemocratic and unapologetic—a beauty springing from the deepest resonance of man and nature. The strength of Levine's book is that he explains exactly how and why he did it, with a wealth of illustration."—Joe Berridge, Toronto Globe & Mail

"A monumental project. . . This book, rather than any extant Wright biography, is the source for those who want to know about the immensity and worth of the accomplishments of Frank Lloyd Wright."—Library Journal

"Wright's personal history was extraordinary by any standards, and it is the great strength of Neil Levine's book that he manages to correlate the developments in Wright's architecture with the events in his life, without being sentimental or over-reverent."—Andrew Ballantyne, The Times Literary Supplement

"There is no other book that brings one closer to a sense of full understanding of Wright's architecture."—Robin Middleton, Columbia University