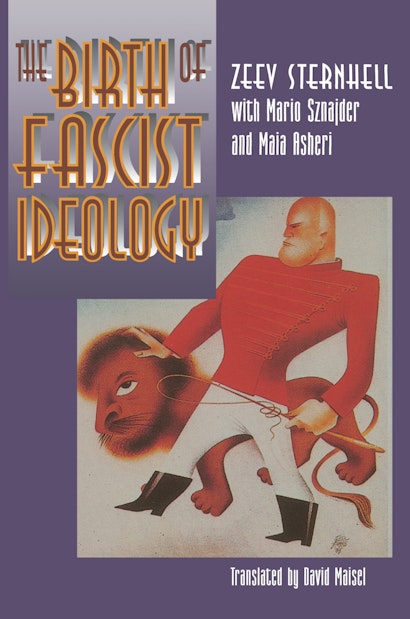 When The Birth of Fascist Ideology was first published in 1989 in France and in 1993 in Italy, it aroused a storm of response, both positive and negative. In Sternhell’s view, fascism was much more than an episode in the history of Italy. He argues here that it possessed a coherent ideology with deep roots in European civilization. Long before fascism became a political force, he maintains, it was a major cultural phenomenon.

Zeev Sternhell is Léon Blum Professor of Political Science at the Hebrew University of Jerusalem. David Maisel has also translated Sternhell's Neither Right nor Left: Fascist Ideology in France (forthcoming from Princeton).

"[This book] deserves to be read and, whatever one's reservations, to be considered seriously...[It] rectifies the stereotyped and narrowly derogatory image of a movement that was as representative and influential as its more acceptable contemporaries, and more original than many."—Eugen Weber, The New York Times Book Review

"[This] work obliges us to ground any study of fascism in the particular moment toward the end of the nineteenth century when politics expanded dizzily from a gentleman's hobby to a matter of mass opinion and votes. [Sternhell] shows irrefutably that fascist doctrine had complex cultural origins, drawing not only from conservative efforts to adapt to the novel requirements of mass politics,...but also from dissent within the left against the materialism, positivism, and reformism that mainstream Marxism shared with social democracy in the 1890s."—Robert O. Paxton, The New York Review of Books